In Astroneer, you explore a huge world full of planets and resources. It's up to you to decide whether you will focus on building an advanced base or explore all the planets. However, the openness of the world has its drawbacks - you can feel lost after you start the game. That is why we have prepared 5 steps that should be performed when you start a new game. These actions will greatly help you with your first contact with Astroneer. With the following steps, you will quickly expand your base with basic objects and get your first vehicle. 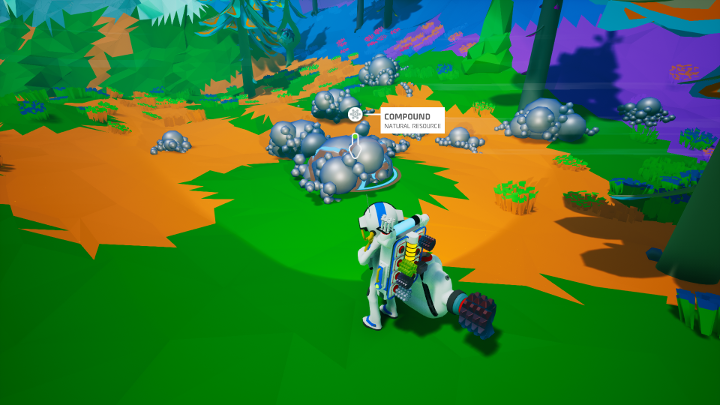 There is a high probability that you will find a Compound deposit near your base.

The first and necessary step (performed immediately after opening the starting package, thanks to which you will get the Starting Platform and the Medium Printer) is to create a Tether Bundle (wires with oxygen). Thanks to these tethers, you will be able to move freely around the world of the game - your character dies when you run out of oxygen. Tethers can be crafted directly in the backpack using Compound material. This is a basic and common resource - the picture above shows its appearance. You shouldn't have problems finding it. After creating a Tether Bundle, you can safely go in search of more resources that are necessary to create new objects.

Do you have problems with supplying oxygen to the tethers? Check out "How to connect tethers to an Oxygenator?" page. 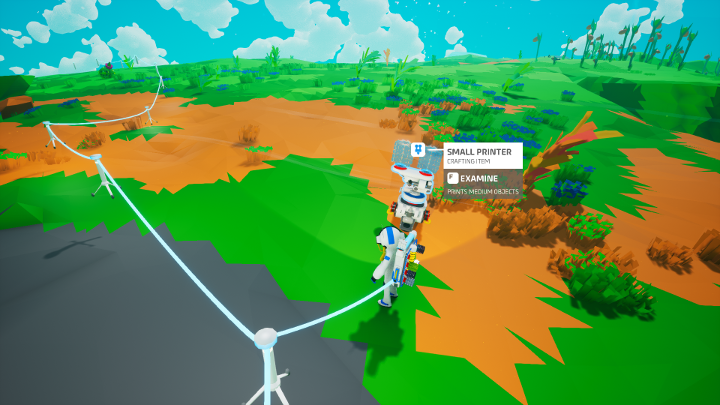 Small Printer is a basic printer for creating other items.

Small Printer is a small tool for creating other objects. It does not require a connection to an energy source, so you can use it anywhere. It is also very easy to produce - you will create it in a backpack using Compound. Thanks to a Small Printer, you can create several useful objects. For example, an Oxygenator to deliver oxygen or a Tractor (as described below).

Create a Large Printer and a Large Platform 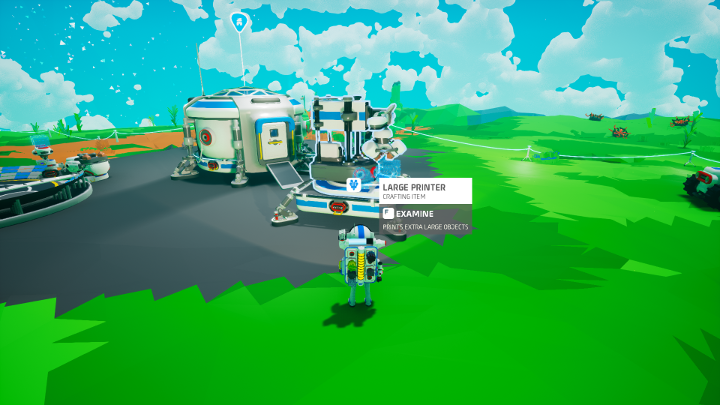 A Large Printer will be useful to you almost throughout the entire game.

Large Printer is another object for creating other objects. With it, you can create, for example, a Small Shuttle that will allow you to travel to other planets. Large Platform is a platform on which it is possible to place objects of the "Large" type - the power is connected to this platform. Without it, the objects won't work. Both of these objects can be created in a Medium Printer, that is, in the object you received from the starting package. To create a Large Printer you need 3x Compound (the resource from which you made the tethers). A Large Platform requires 2x Resin - this is a yellow resource found in caves. 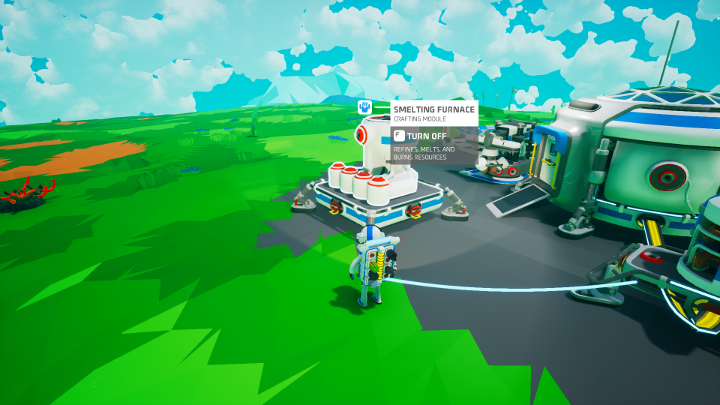 Smelting Furnace is an extremely important object. Thanks to it, you can process seemingly unnecessary materials into useful resources. For example, you can turn Hematite into very useful Iron. You can make a Smelting Furnace by using the previously mentioned Medium Printer - this item requires 2x Resin and Compound. Once you are done, place it on a Large Platform and connect to a power source (e.g. to the main base).

Want to know exactly how to get Iron? Take a look at "How to get iron?" page in our guide. 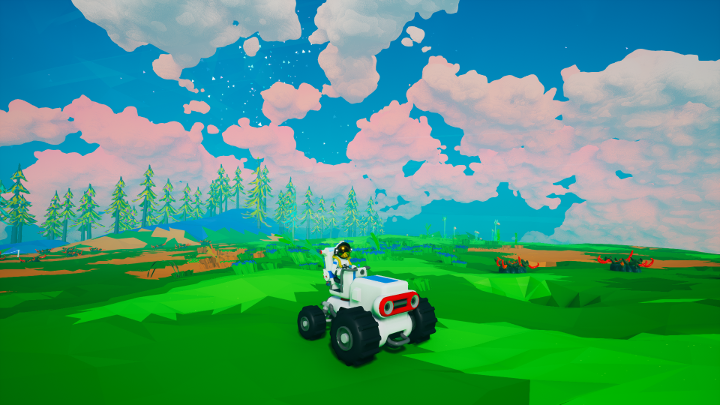 The last step is to make a vehicle called Tractor. This inconspicuous car will greatly facilitate your gameplay. In addition to faster movement on the map, it also provides a source of oxygen - you won't have to use oxygen tethers. The only downside is that you need to charge it, but you can do it in the main base. To create the vehicle, you need a Small Printer and 2x Aluminum. Aluminum can be obtained by putting Laterite in a Smelting Furnace - Laterite is often found in caves.

You have problems with crating Aluminum? Check out "How to create Aluminum?" page in our guide.