You start Astroneer with a starting set of items. Among them, you will find an Oxygenator, a device that delivers oxygen to tethers. This, in turn, allows you to bring oxygen to any place on the planet. In the beginning, tethers are the easiest way of having constant delivery of oxygen. Learn how to connect tethers to an Oxygenator - this will allow you to explore the world freely.

How to connect tethers to an oxygenator? 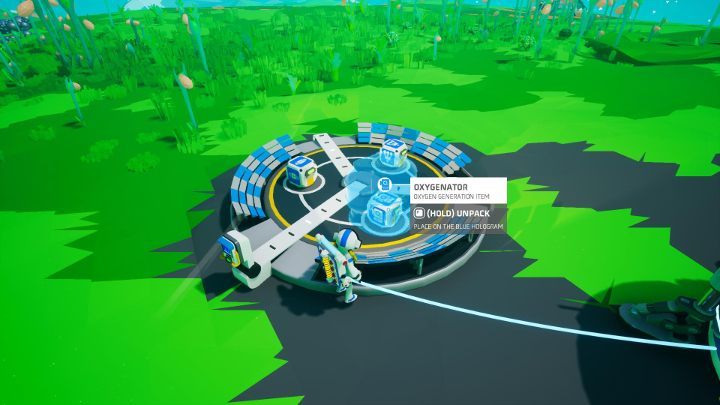 Unpack the starting set. Take the Oxygenator and the Starting Platform. 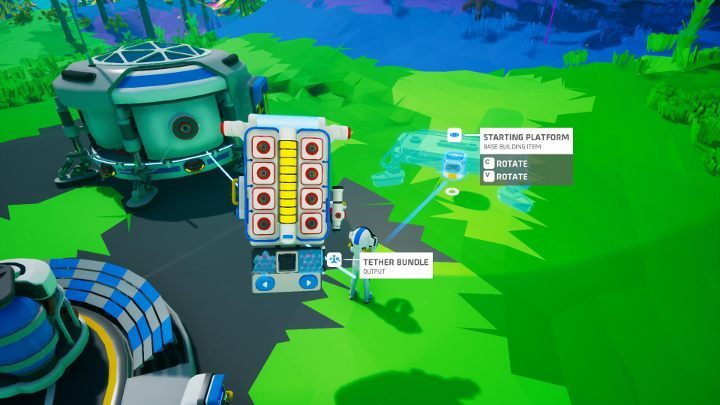 Place the Starting Platform somewhere near your base. 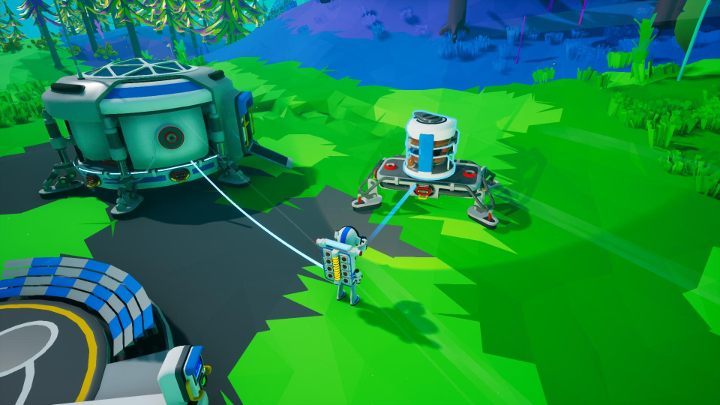 Place an Oxygenator on a Starting Platform. Then, connect tethers to that Oxygenator.

The starting Oxygenator is only one of the few ways of producing oxygen. More complex devices have to be crafted. More information about that in the "Crafting" chapter.