This page of the AC Valhalla Dawn of Ragnarok guide contains a walkthrough for Blazing a Trail story quest. The quest is a build-up to a confrontation with Calder. 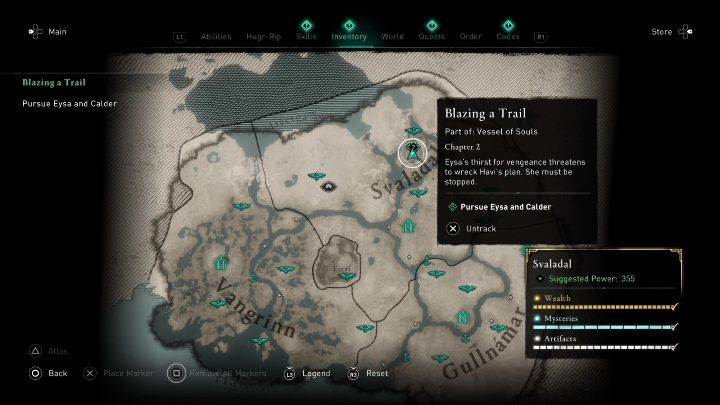 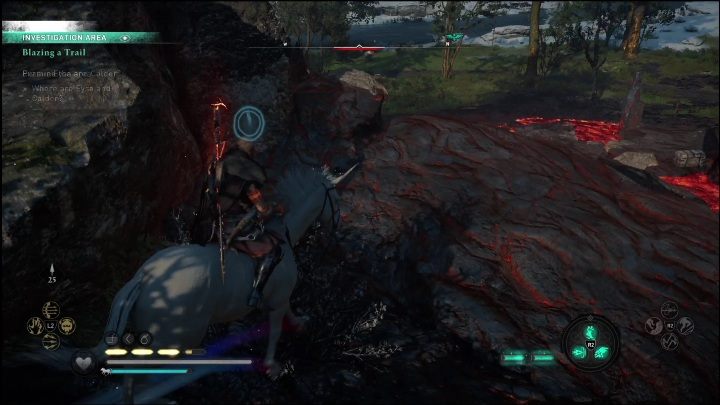 Your first objective is to follow the trail left by Eysa and Calder. You start in the northern part of Svaladal - the quest marker will lead you there. 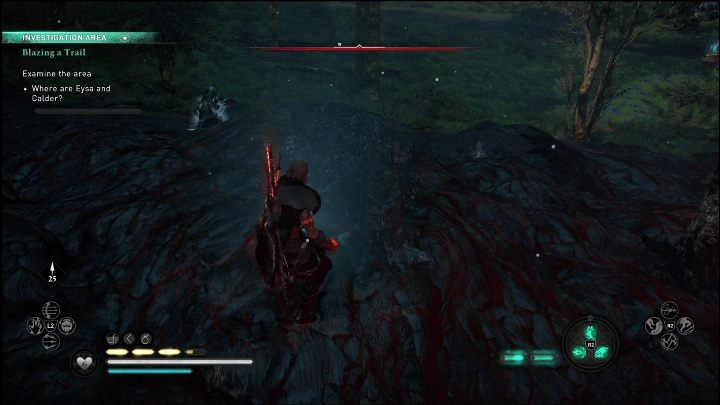 When on-site, investigate the area. Havi will immediately notice that something bad has happened. Tracks are highlighted, but you can get them more lit by using Odin's Sight (R3 on consoles, V on PC) 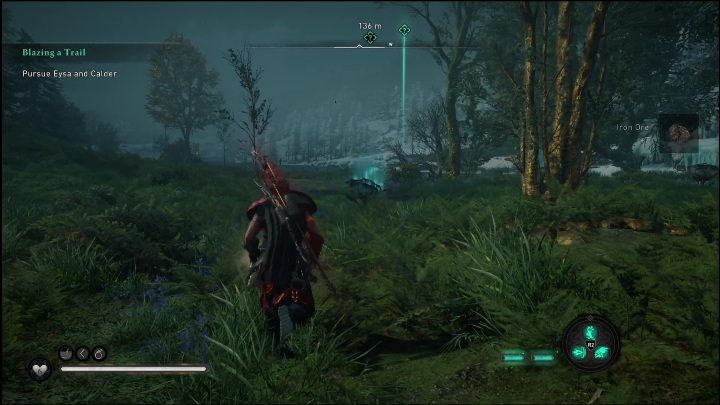 Follow the path so another objective marker will appear. Travel either on foot or on horseback, or use the Power of the Raven. 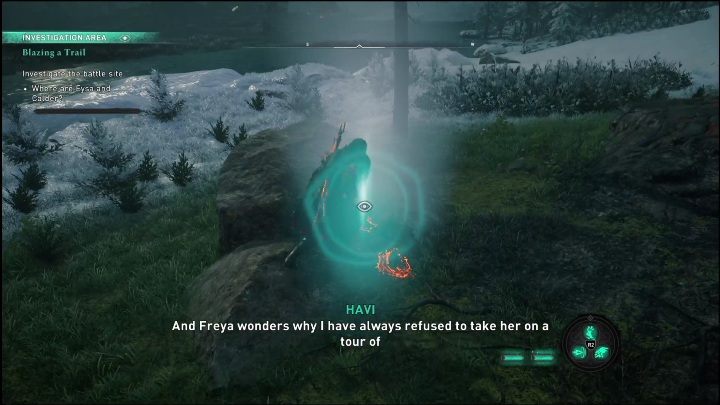 The next area looks like a battlefield. Areas to investigate are highlighted in red, but if you want you can still make the task easier by using Odin's Sight 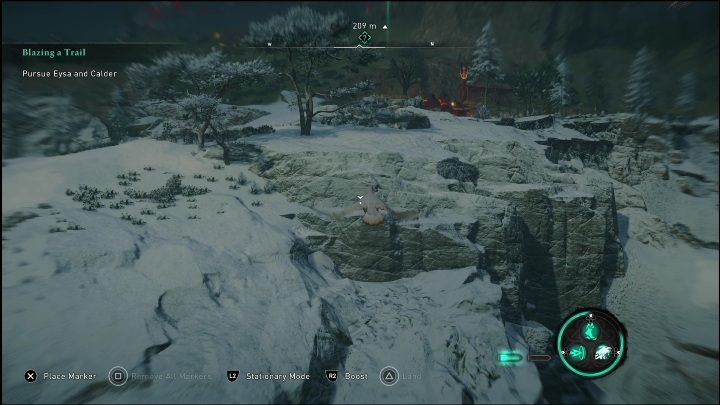 After examining all the traces, time to continue. Another marker will appear on the map. It leads to a small hill, to get there easier, use the Power of the Raven. 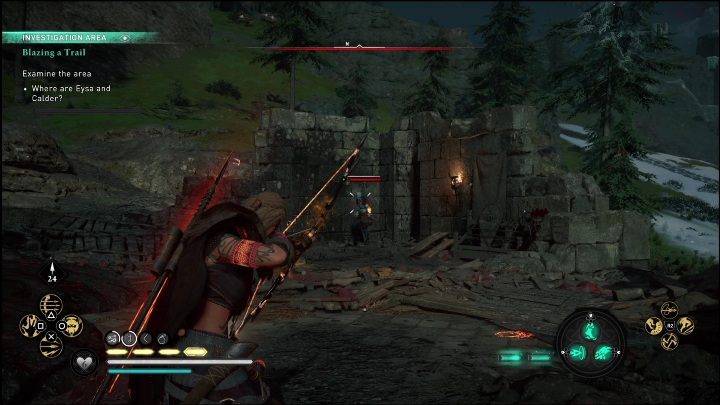 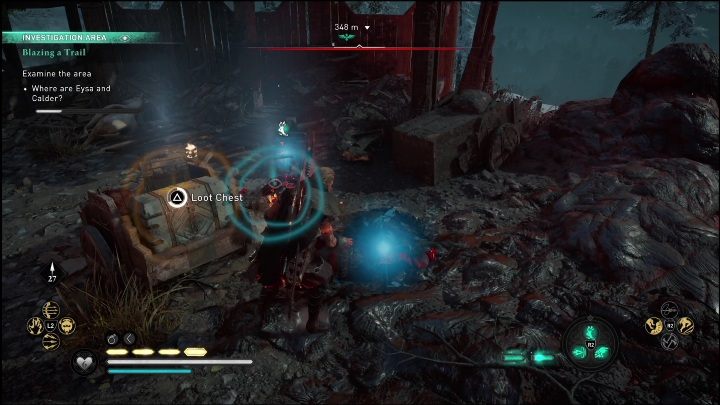 The next area is filled with enemies. Eliminate the whole group so they do not interfere with your investigation. Either defeat them through stealth attacks, or run straight at them. Fortunately, the enemies cannot summon any additional units to the battlefield. 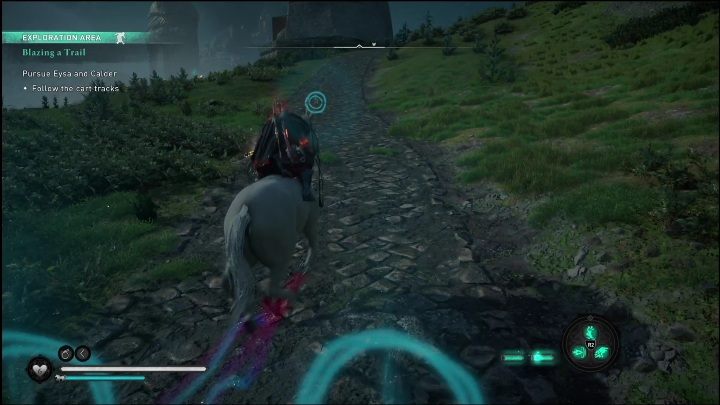 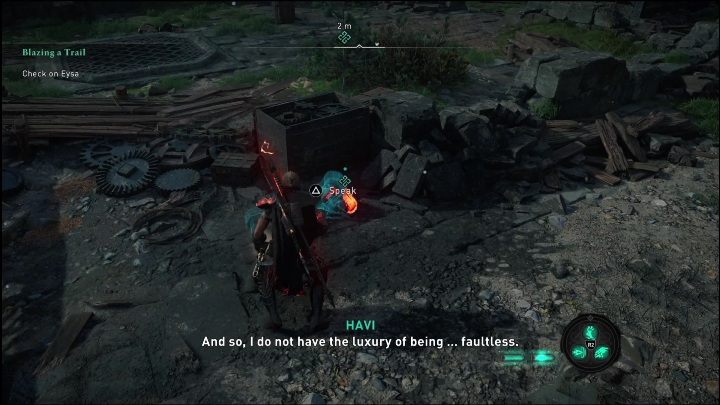 After examining all the clues, continue forward. Follow the stony path to the arena. At your destination, you'll see a woman lying on the ground, start by investigating her. 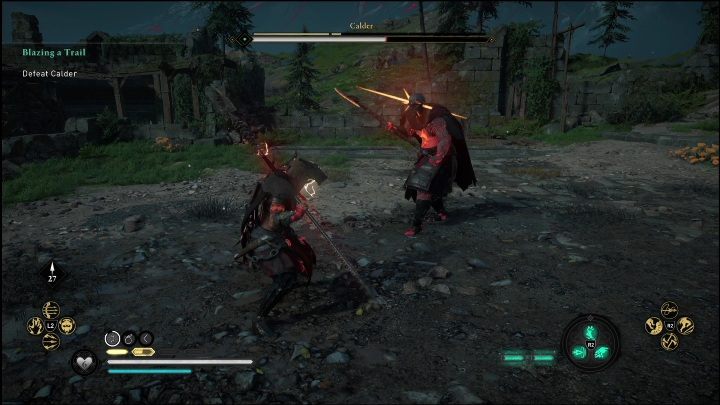 Investigating Eysa wil begin a boss fight with Calder. The boss is easy to defeat. Use Power of Winter to nullify his fire atacks and stop him in his tracks. Use the moments when your opponent is frozen to deal as many blows as possible. It will be a good idea to use the ability as soon as possible so that his life bar decreases in a timely fashion.

Defeating Calder ends the quest and unlocks a new one - Malvigr.