This page of the AC Valhalla Dawn of Ragnarok guide contains a walkthrough for The Warlord's Daugther story quest. During the quest, you'll gather information about a woman called Eysa. After finding her, you will face her in battle. 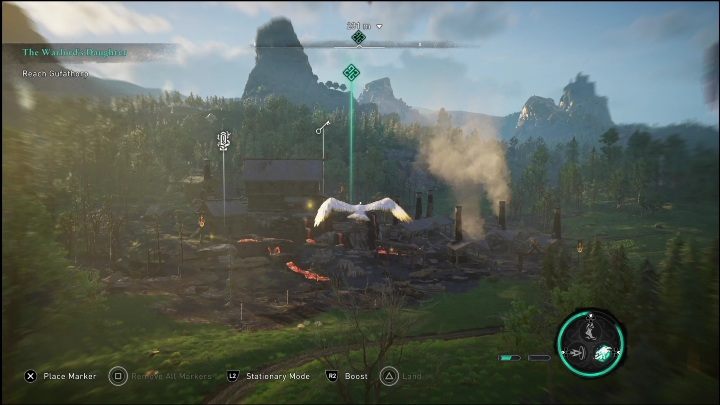 Start by getting to Gufathorp. This location is marked on the map. You can get there faster by using the Power of the Raven.

Question the dwarves about Eysa 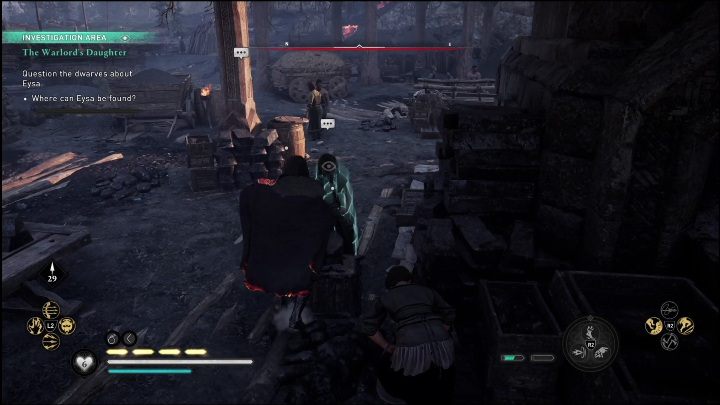 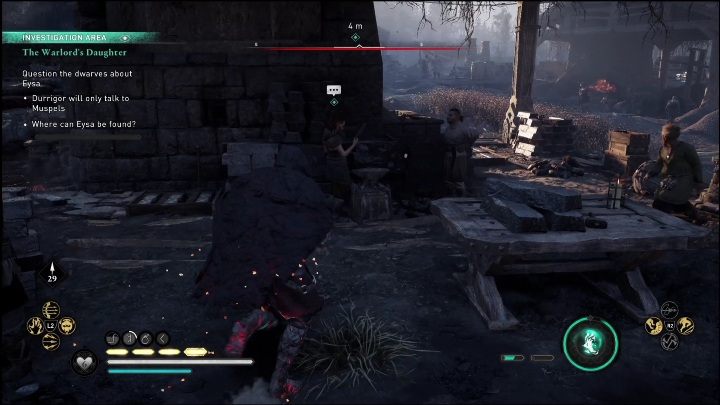 There are 3 dwarves around the town which you need to ask for clues. The first is a blacksmith who will not want to speak to you unless you take the right form. Use the power of Muspelheim to transform into Muspel and talk to the man. 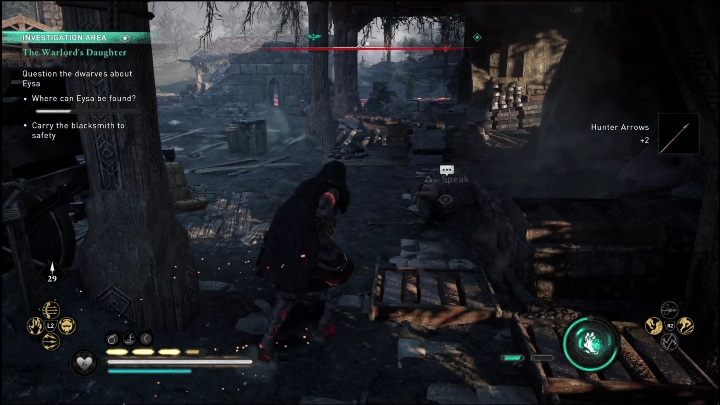 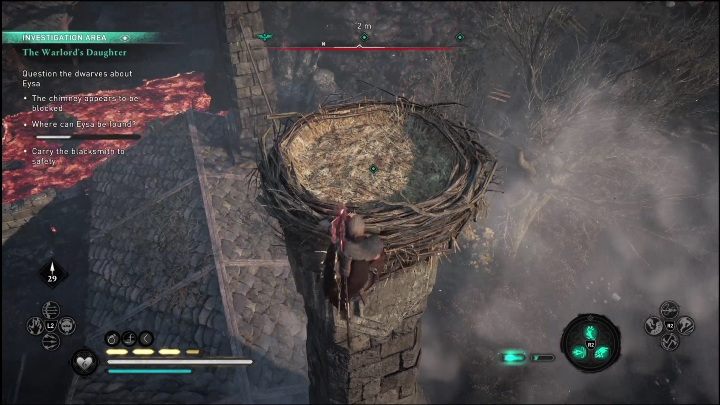 Another target stands by the furnace. He will not want to talk because he cannot start a fire. Your job is to climb up the chimney and burn the nest that prevents the stove from burning. Go back downstairs and obtain the clue. 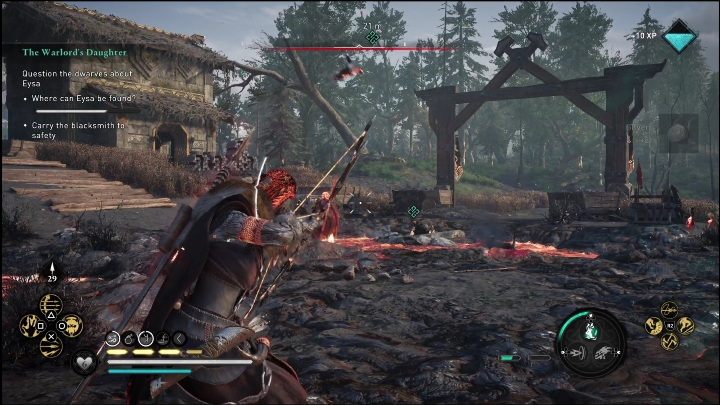 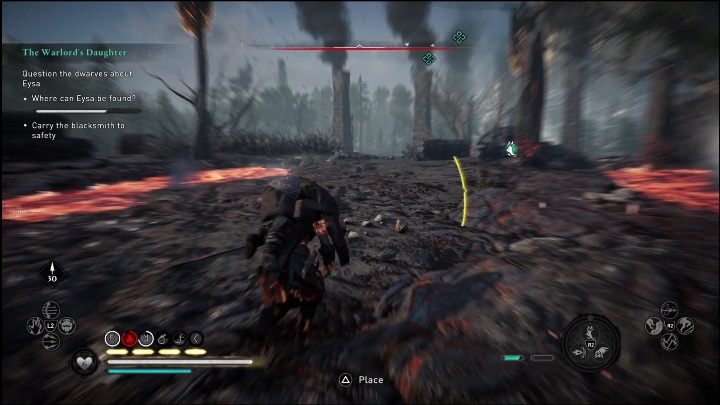 The last dwarf is stuck on a small island between the lava rivers. Get rid of the enemies and then carry the dwarf out of the lava to safety. Once that is done, the dwarf will spill. 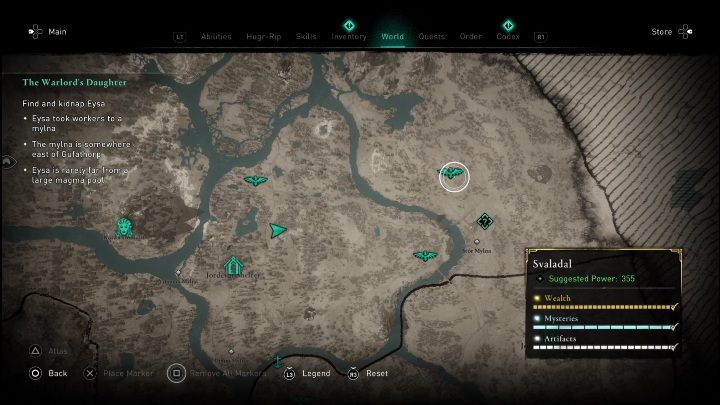 After getting all the information, you must go to the eastern part of Svaladal. The marker should automatically appear on the map so you know where to go (there's a synchronization point next to it, it's the fastest option to get there). 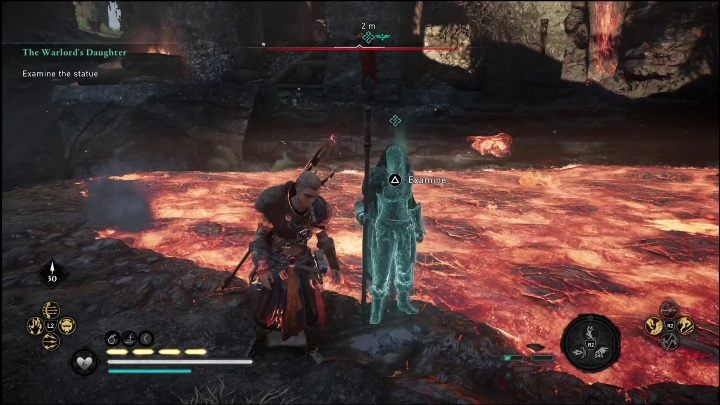 At the site, you will see a statue that is close to the lava. Examine it and Eysa will awaken. A short cut-scene will begin. 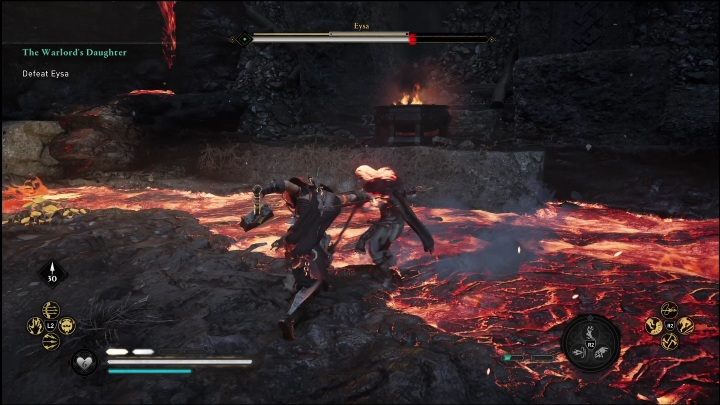 After the cut-scene concludes, you need to fight Eysa. At the very beginning, use the power of Muspelheim. This opponent behaves similar to Glod from the Vault of the Ancientsmission. The power of Muselheim will protect you from fire attacks and the surrounding lava, which is not only easy to fall into during the battle but is also constantly moving around the arena.

The boss is resistant to fire attacks - use ice weapons or all attacks that throw the enemy off-balance, like Throwing Axe Fury. 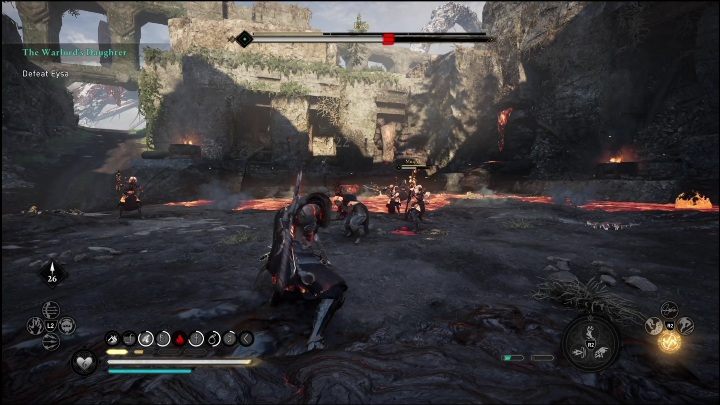 In addition to Eysa herself, regular opponents appear in the arenar regularly. When this happens, pull out your bow and shoot at them while maintaining a safe distance. That way you won't expose yourself to a direct attack, from either side. 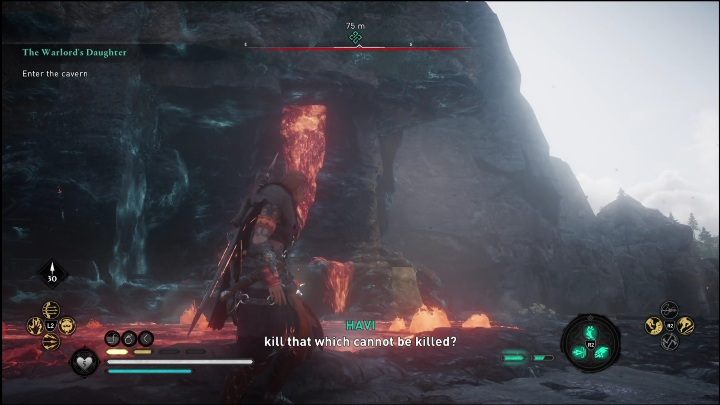 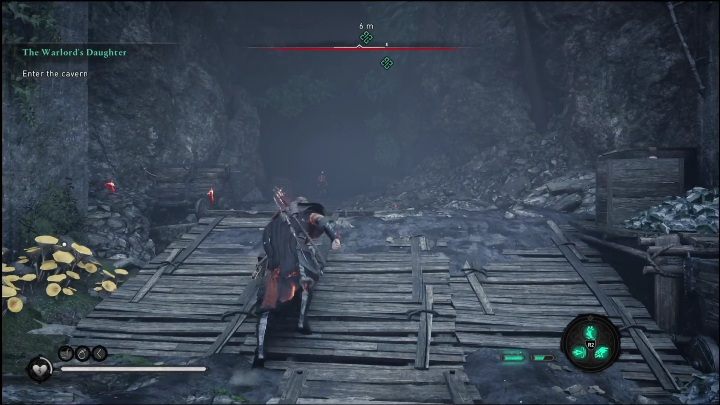 . Time to find a cavern located in the mountain right next to the arena where you've fought Eysa. The entrance is quickly distinguishable by the large entrance.

Find and examine the mural 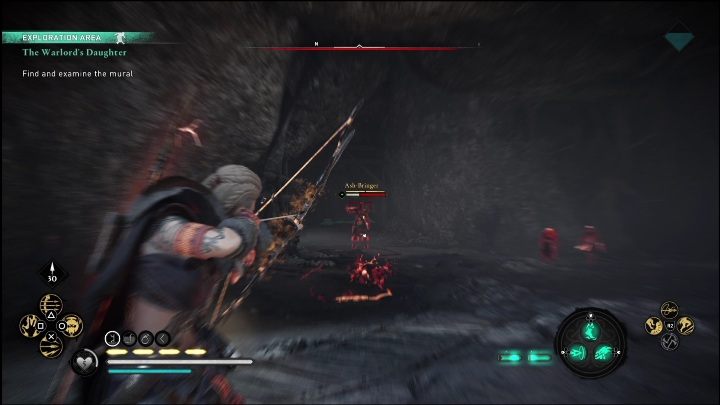 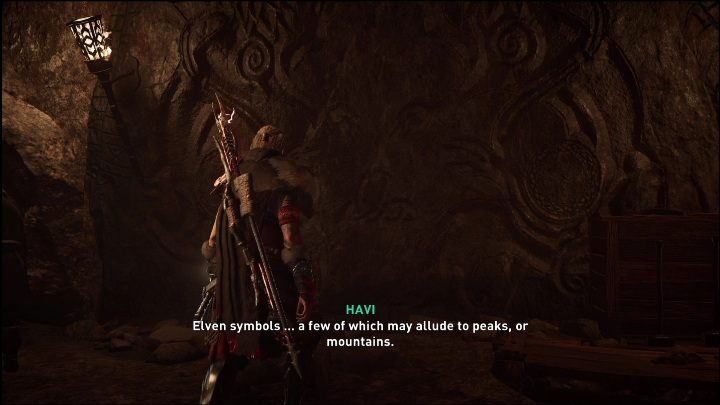 Inside the cave is a mural that you must investigate. To get to it, first defeat the opponents. Otherwise they will interrupt your attempts to examine the mural. You can find the mural itself easily in the deeper part of the cave, or you can use Odin's Sight to help you (R3 on consoles, V on PC). After examining the mural, the mission will end. A new quest (Cold Embers) will be activated.