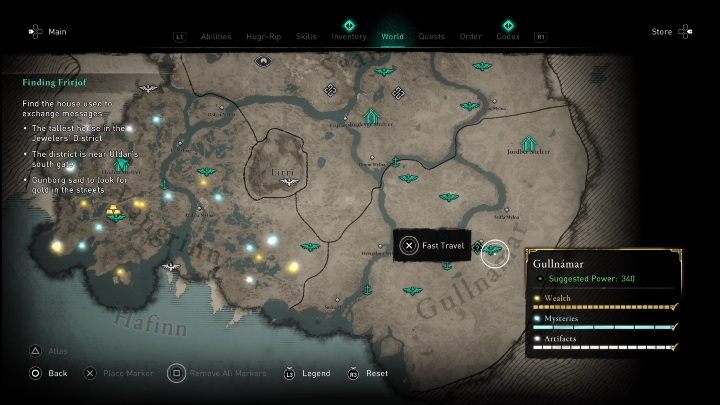 Your first objective is to find a house containing the needed clues. Its location is marked on your map - it is east of Gullnamar shelter. 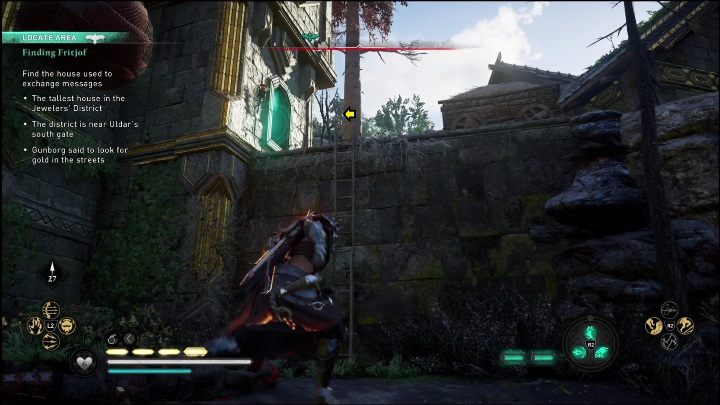 You should have no problems accessing the building - follow the rooftops and use Odin's Sight if possible. One of the windows will be highlighted in blue (as shown in the screenshot above). Enter the house to look for information. 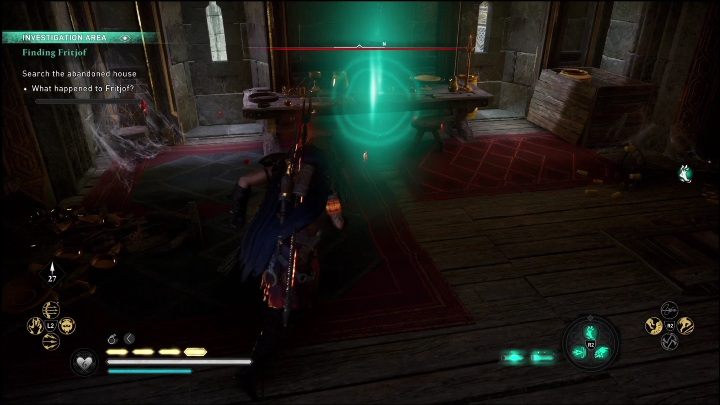 Search the house for clues regarding Fritjof. The clues can be found both on the ground and upper floor. To locate them, use Odin's Sight (R3 on consoles, V on PC). So that the items are highlighted. 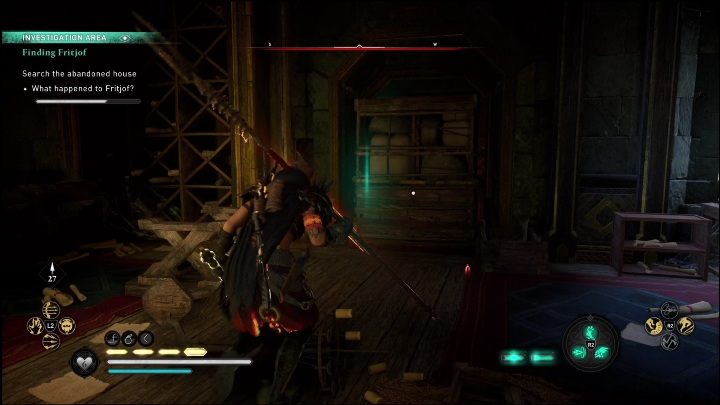 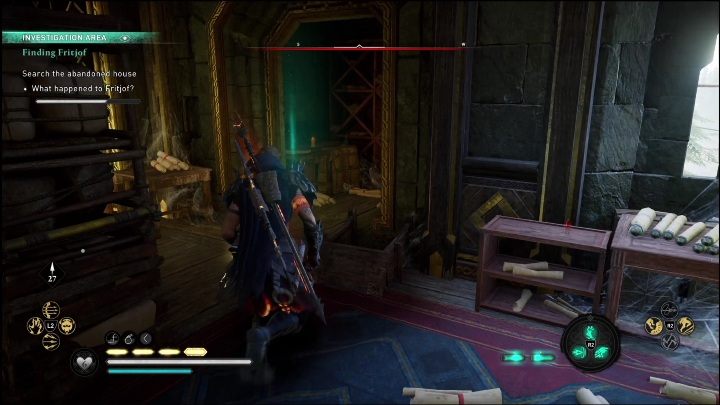 One of the clues on the first floor is hidden behind a hiding place covered by items. Simply move the shelf to be able to acecss it. 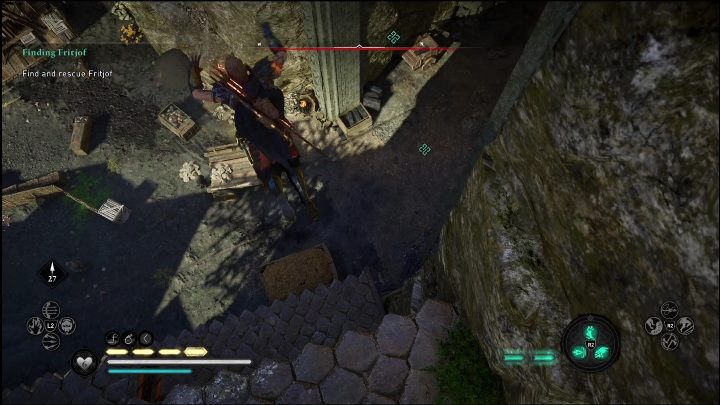 After the investigation, travel to the nearby cave. This one is located at the end of the location, it is marked on the map, plus it is hard to miss. The entrance to this cave is as high as the entire mountain. There is a simple stone road leading to it, making this place really easy to find. 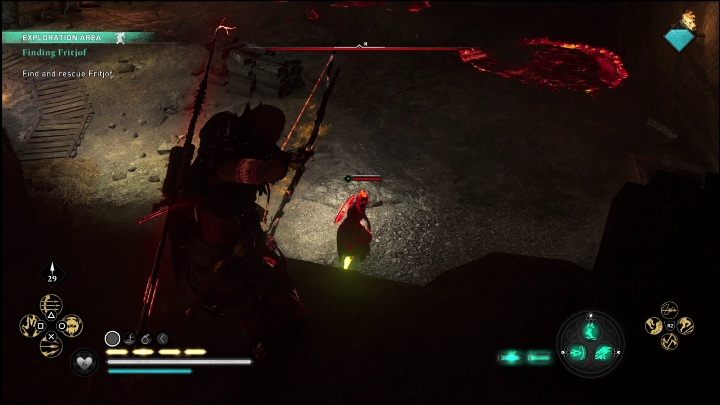 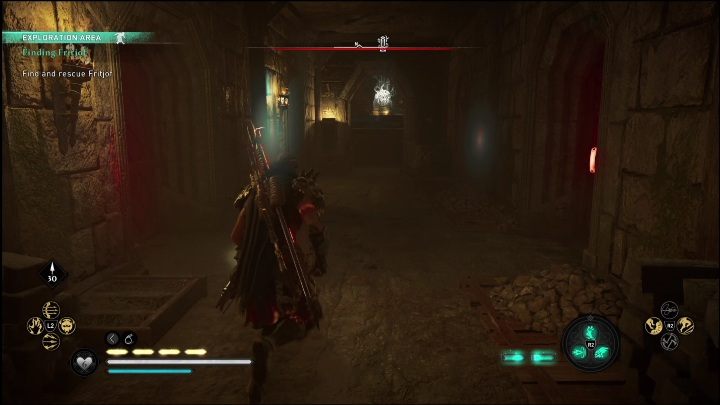 Inside, you must reach the basement, where the prisoners are being held. Eliminate enemies along the way, but it's a good idea to do it quietly so as not to set off alarms. Disposing of your opponents in this way will make it easier for you to carry out further parts of the task.

Speak to the prisoner 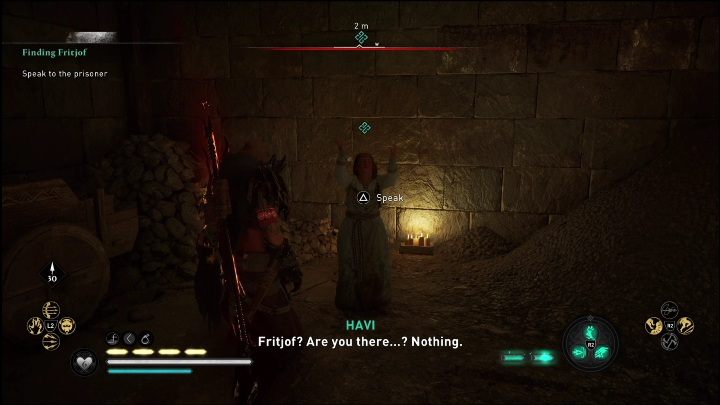 Among the prisoners, there is Tyra (the only one who does not escape when the cell is opened). Go inside the cell and talk to the woman, as she knows where Fritjof was taken. 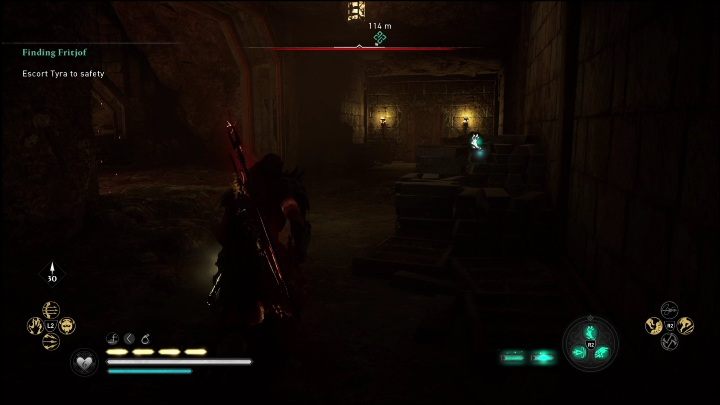 After the conversation, lead the woman out of the cave. If someone appears in your way, eliminate them silently. If you're under attack, Tyra will wait until the area is clear. 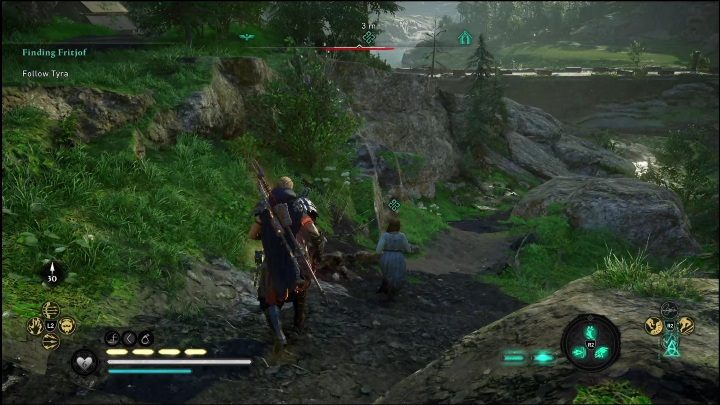 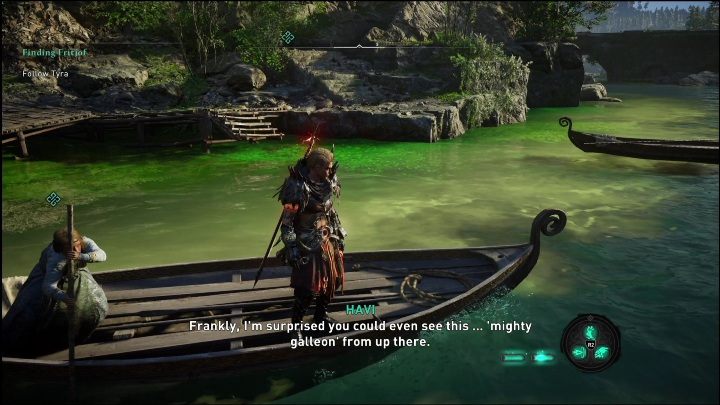 Tyra will lead you to a dig site. After leaving the cave, she will continue in the direction of the river. Jump in the boat and let her drive. 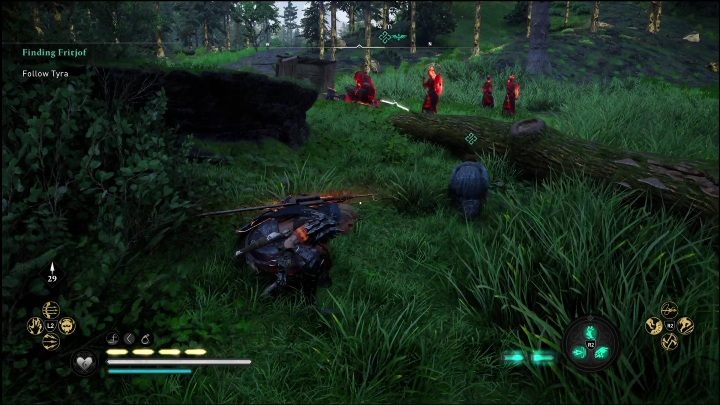 On the other side of the river, you'll encounter a group of enemies. Tyra will hide for the duration of combat - you need to clear all enemies in order to continue.

Find the route to the dig site 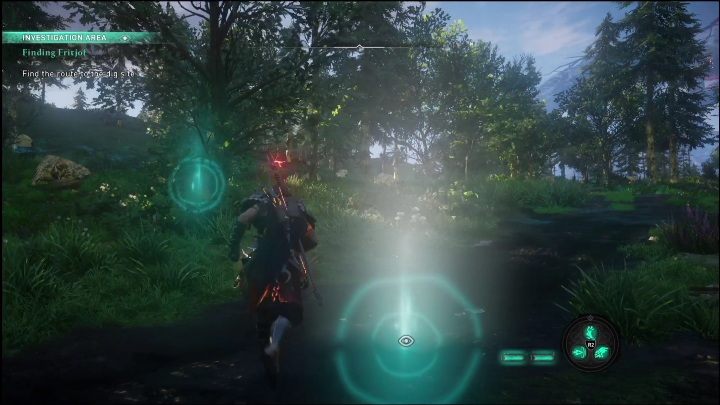 After getting rid of the opponents, use Odin's sight and follow the highlighted tracks. Along the way, Tyra will start to run again. 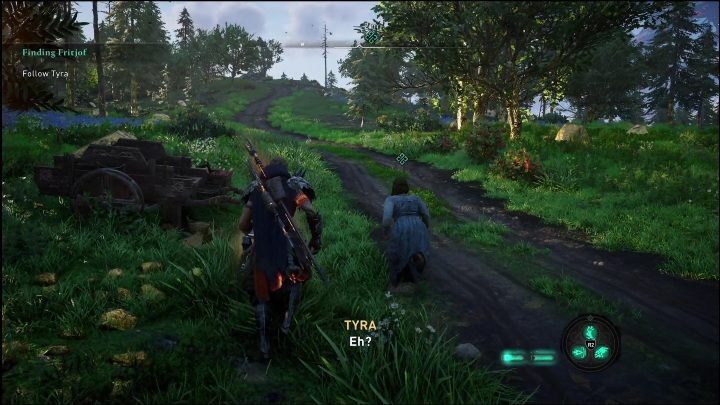 Run toward the dig site. Tyra will stop above the dig site, while you have to jump down and free Fritjof from enemies. 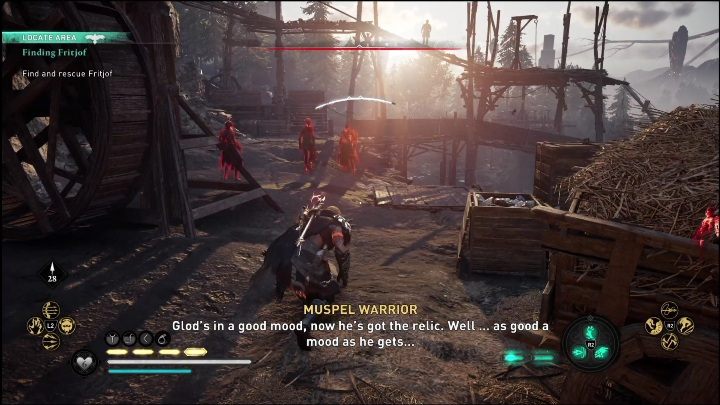 There are many opponents patrolling the dig site. Don't engage in direct combat - use your bow to clear the area near the cell quietly. 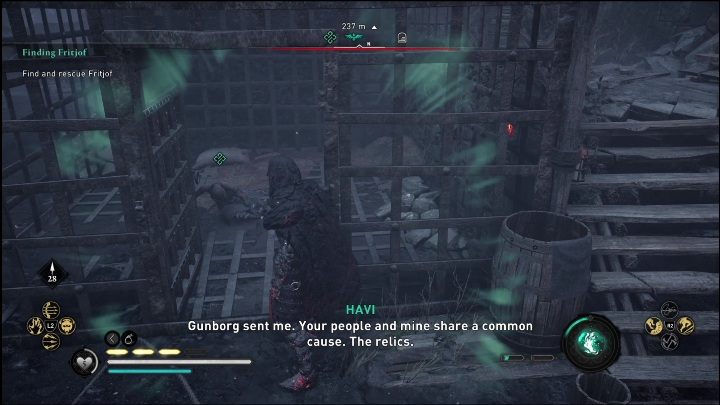 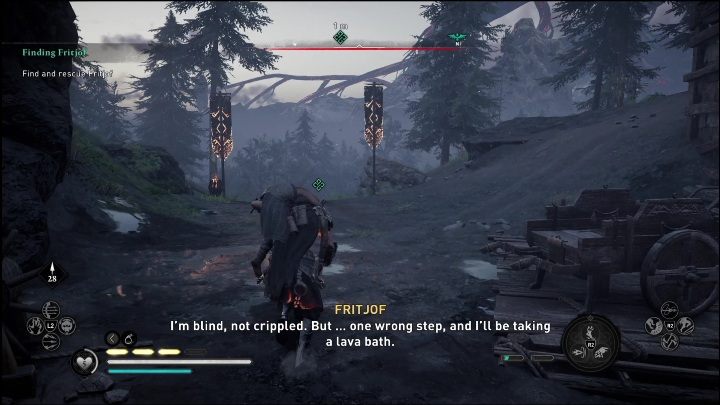 After the area is clear, approach the cell. Fritjof is unable to walk on his own. Carry him away from the dig site. After reaching a safe location, talk with him and Tyra. This will end the mission, while a new one (The Scholar and the Sunstone) will be activated.