On this page of our AC Valhalla Dawn of Ragnarok guide you can find a solution to Restless Dreams story quest. The quest and the new region becomes active once you've reached England (base game, The Seas of Fate story quest)

Rest under the tree and reflect on the vision 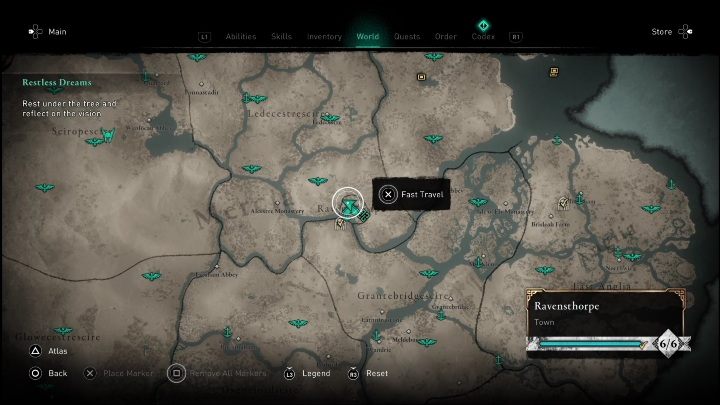 The Restless Dreams quest appears once you've unlocked Ravensthorpe. It will find its way to your journal once Dawn of Ragnarok DLC is installed. The suggested hero level for this quest is 340, but you can boost your character to the needed level in order to be able to play the expansion without tackling the base game storyline first. It will boost your power level, allowing you to start the new adventure instantly, however remember that the weapons and gear obtained in the course of the expansion cannot be used in England i.e. in the content of the base game. 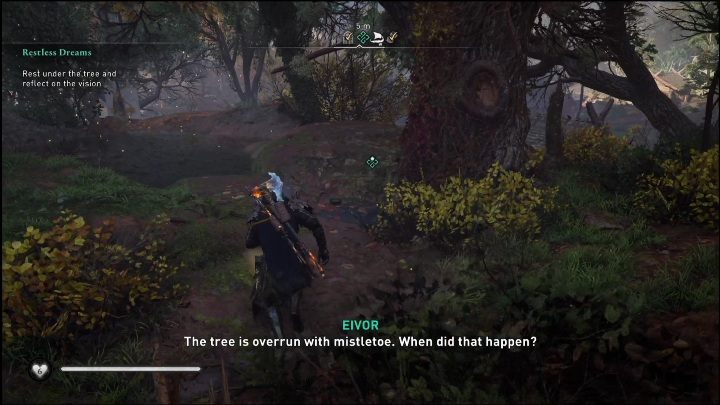 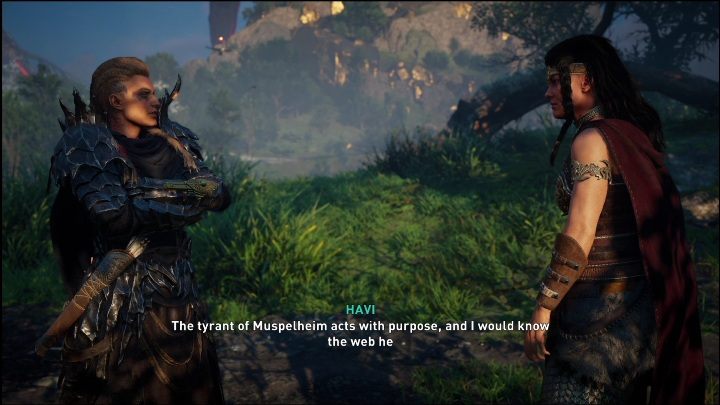 Your new task is to reach the area shown on the map. Sit under the tree to activate the vision. After it concludes, you'll wake up as Havi. 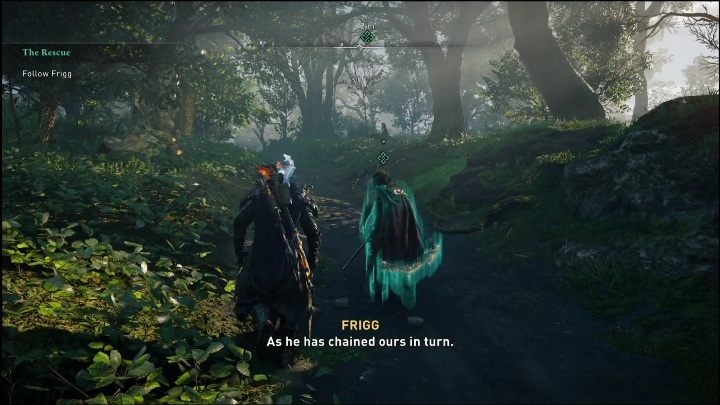 Follow the woman. Do not overtake or rush her. Just follow her while watching the destruction unfold around you. The woman will tells you what happened and introduce you to the whole story.

Find out what happened to Baldr 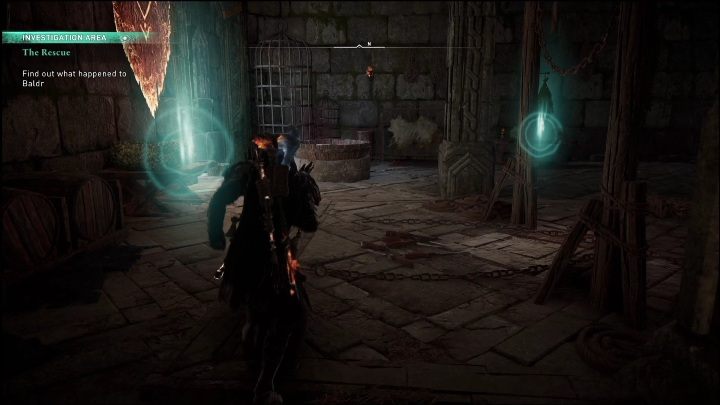 Frigga will lead you to a building where you need to examine a few objects. Use Odin's Sight (R3 on consoles, V on PC) to make them light up in blue. There are two objects to investigate at the bottom and one on the upper floor. When you are done with this task, opponents will appear. Quickly return to the woman waiting on the first floor and eliminate the enemies. 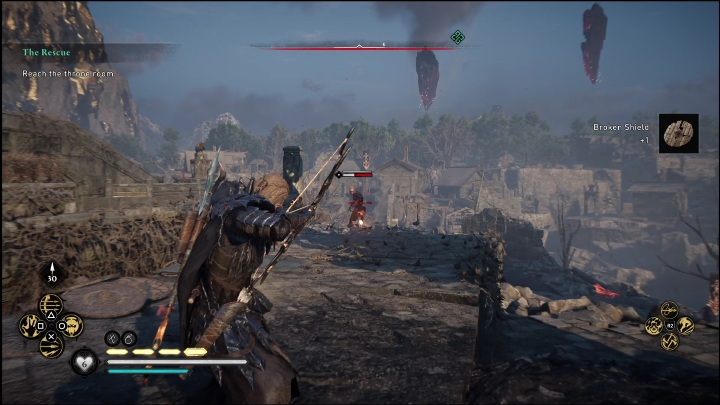 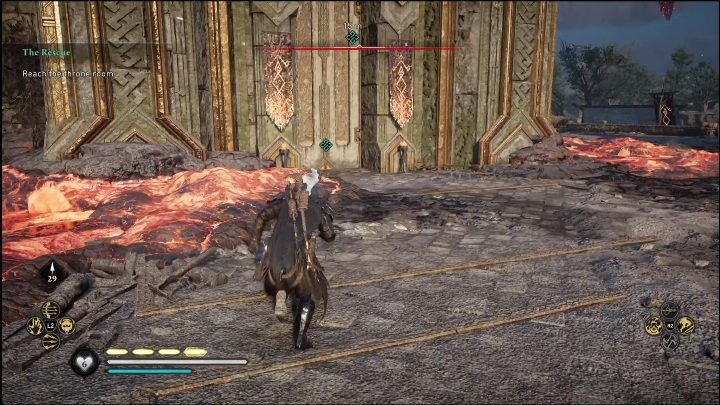 You can skip fighting opponents, as more and more of them will appear, and this is not a good moment to gain some XP. Just get rid of the enemies that bother you the most, and then head to the throne room. 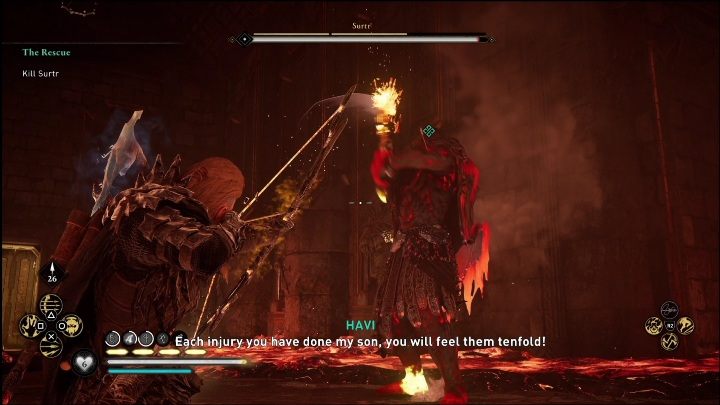 Upon entering the throne room, you will encounter Surtr, whom you have to fight. . It is worth noting that this is not a difficult opponent. To deal more damage, target his weak spots - the elbow in his left hand and one of the foots. The enemy fights with a flame sword, but dodging his attacks is easy. You can also stay at a distance and fire away with the bow.

Bring the mistletoe to Valka 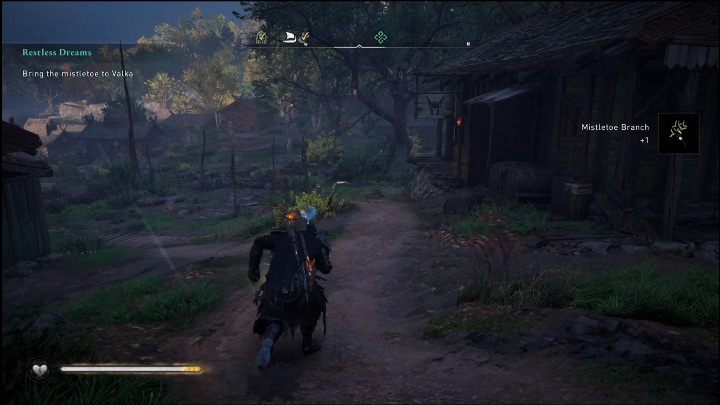 After defeating the boss and watching a short cut-scene, you'll wake up in Ravensthorpe again. Go to Valka to give her the mistletoe and recall the vision. 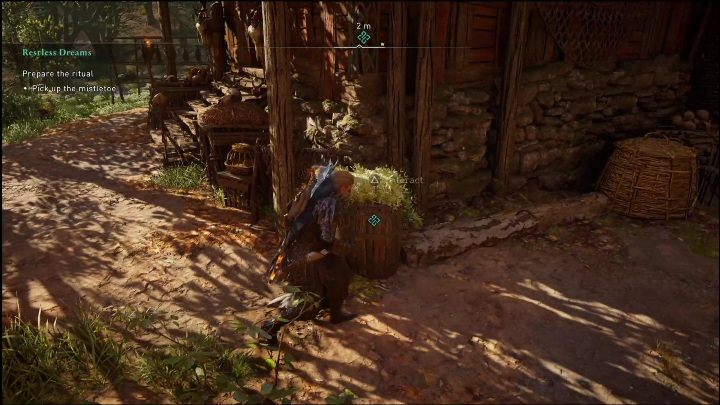 You now have to prepare a ritual. Start by harvesting mistletoe. It can be found in front of the woman's hut (a wooden barrel to the right side of the front door) IF you're having problems locating it, use Odin's Sight. 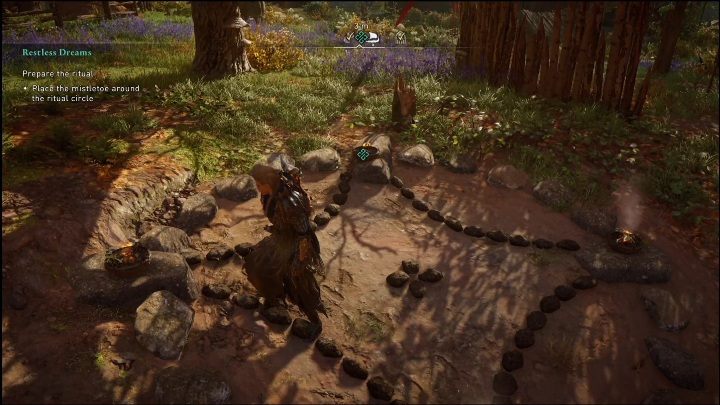 Now you need to set flame to the ritual area. You don't have to equip the torch - interact with each object separately and Eivor will set them on fire on its own. You'll watch a short cut-scene depicting the character fighting with the flames, but finally, he'll undergo the ritual and get teleported to a new region - Svartalfheim.