This page of the Assassin's Creed Valhalla Dawn of Rangarok guide shows the locations of all Books of Knowledge appearing in Vangrinn region. 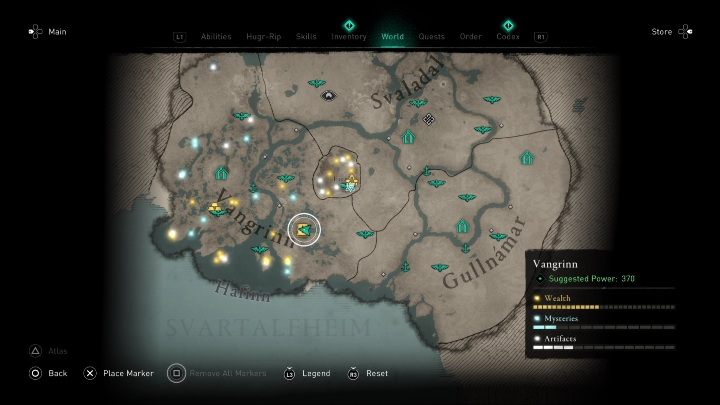 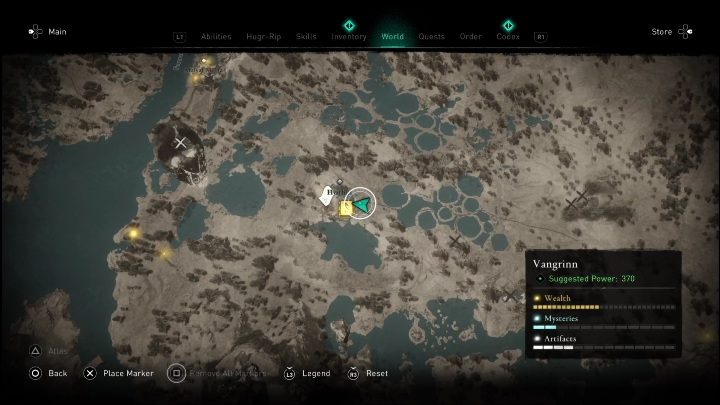 Location: southern part of the map, next to the synchronization point. 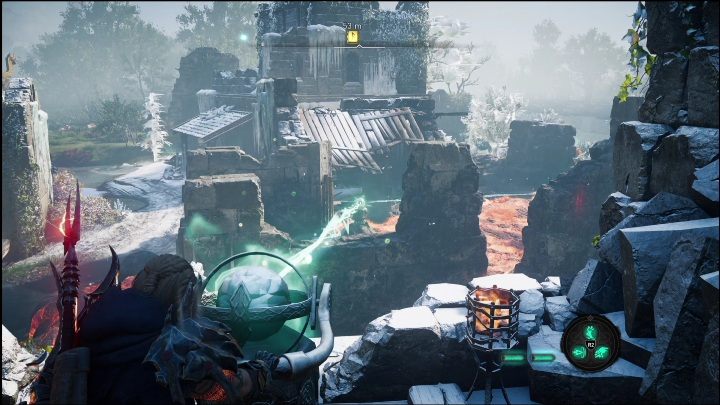 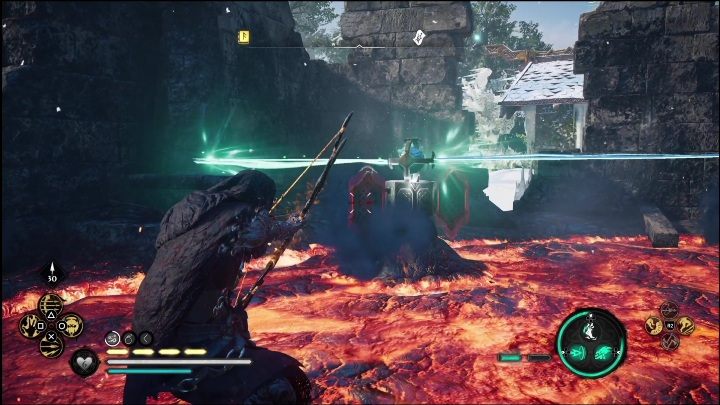 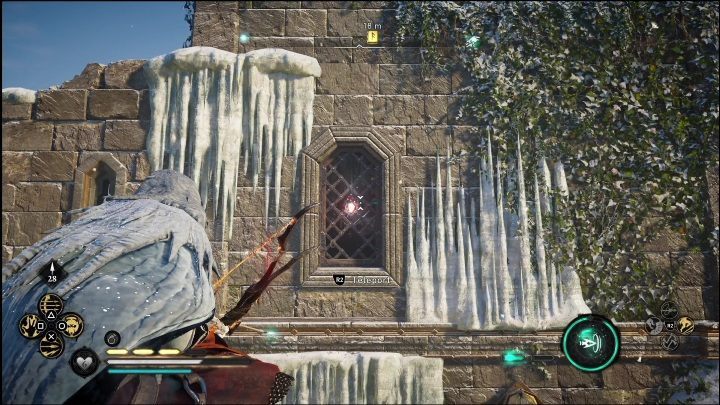 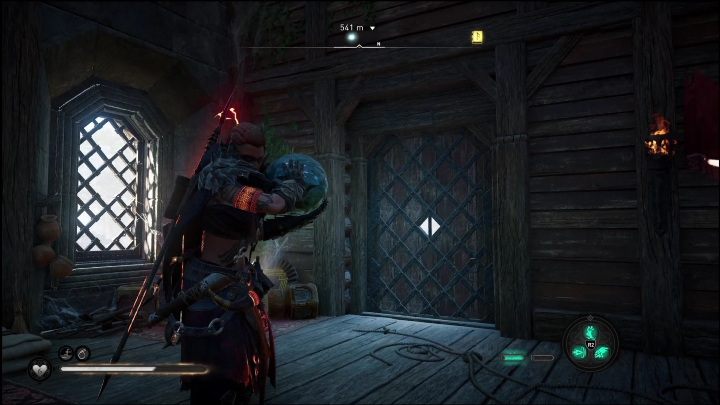 Climb the stone wall and look in the window behind the bars. There is a teleportation point there. Use the Power of Jotunheim and teleport inside. Inside is the sphere you need. 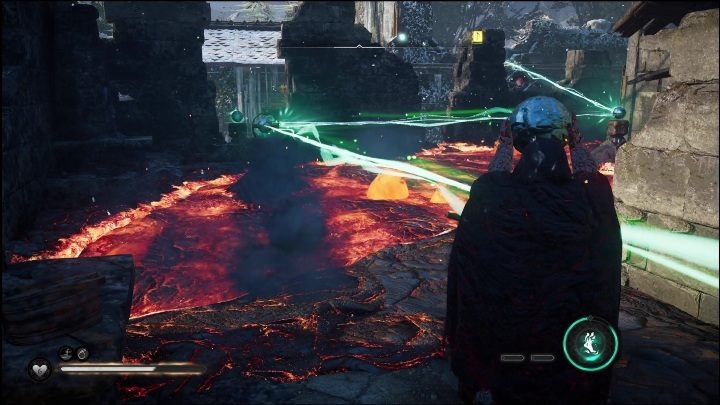 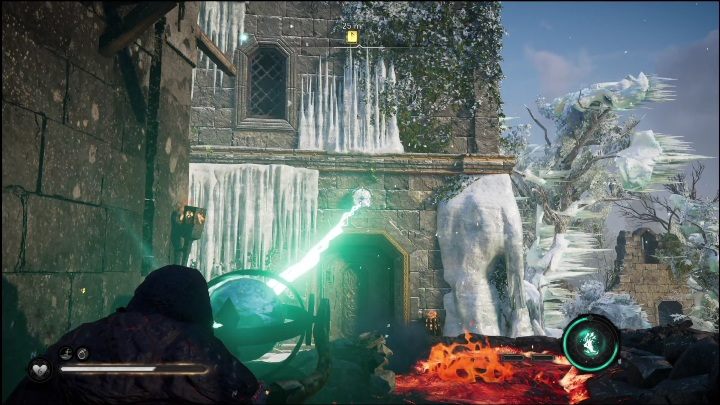 Place the sphere in the projector and direct the ray to its destination. This will open the entrance to the room which contains the book. 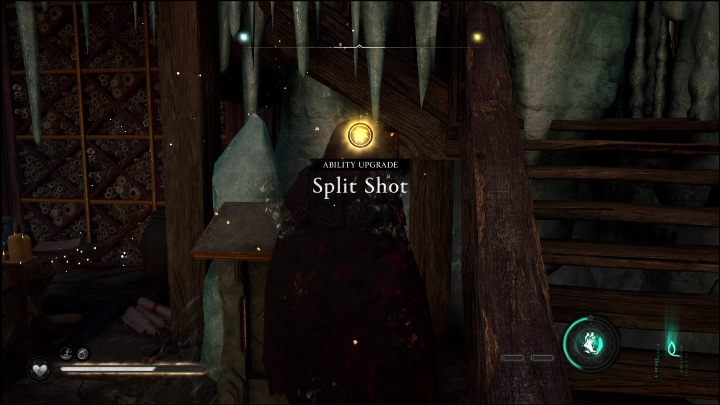 Simply approach it and pick it up to learn the ability. Moreover, there are some crafting materials nearby. 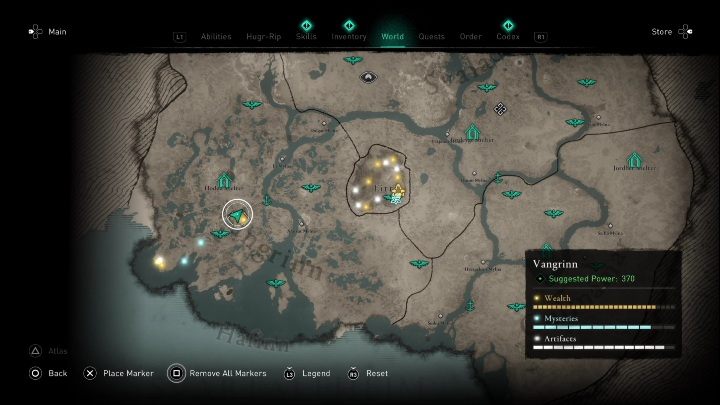 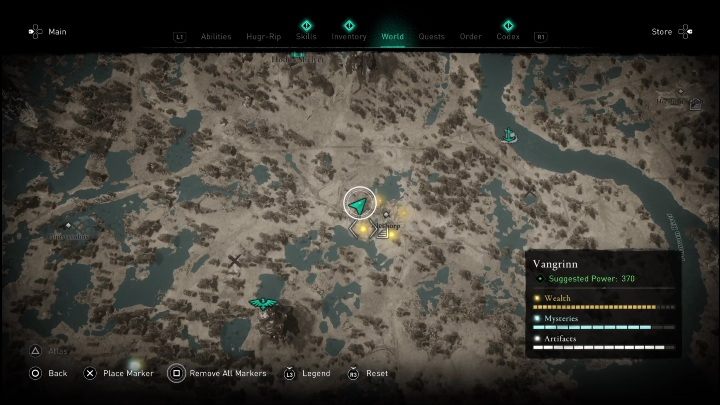 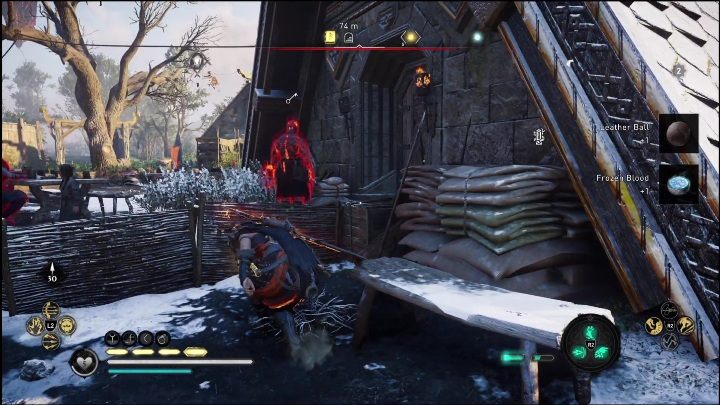 To access the door leading to the book you'll need a key. You can find it carried by one of the opponents nearby. Either kill or simply pickpocket the guard. 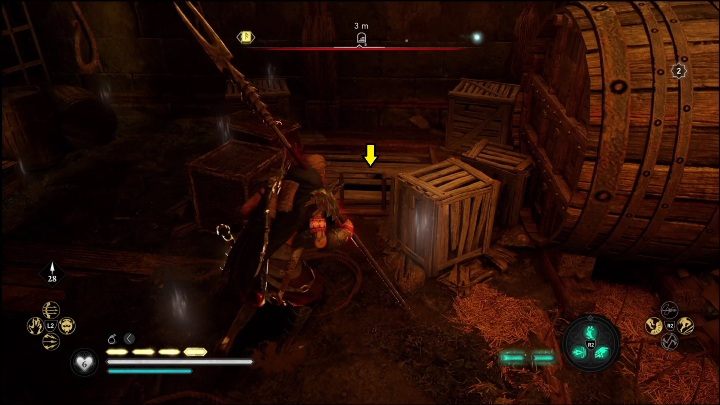 There is boarded pathway in the floor inside the building - destroy it using the bow or a melee weapon. 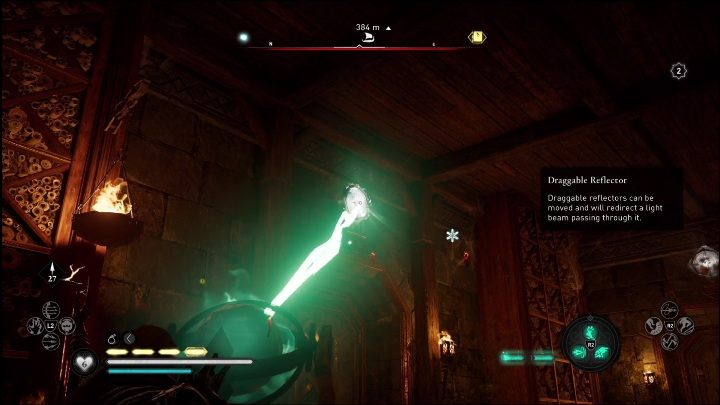 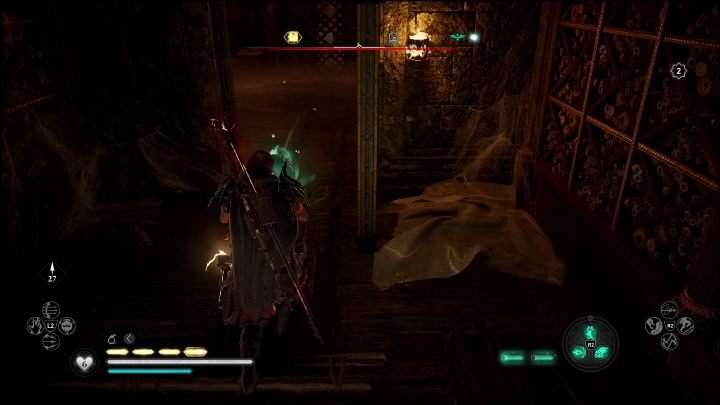 After reaching the basement, you'll see rays of light. Direct one of the statues to the focus on the left. A room will open up from which you must bring a statue back to the first room. Place it perpendicularly to the first one. 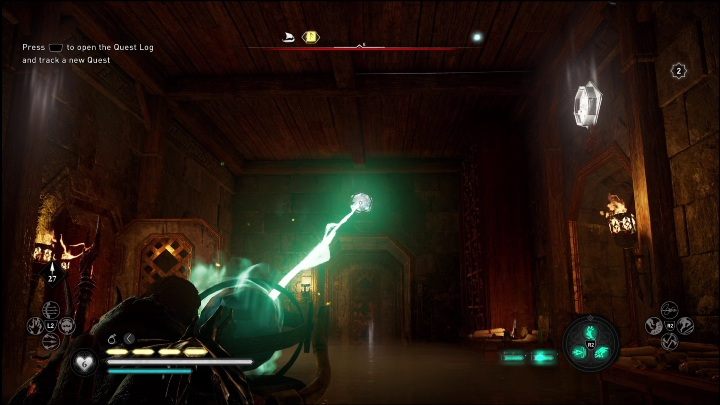 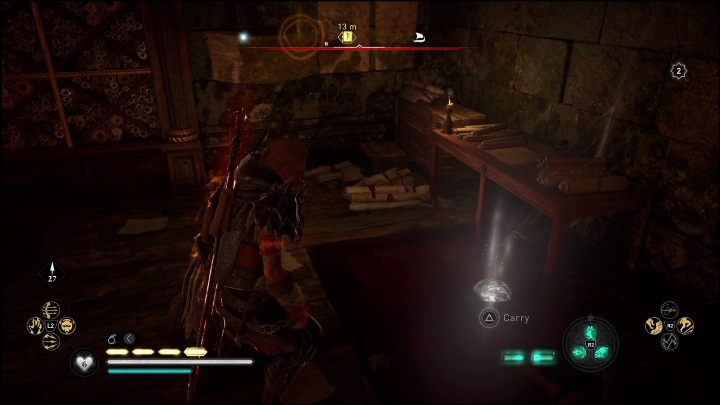 Then point the beam of light straight at the focus above the door. The newly opened room contains a sphere. 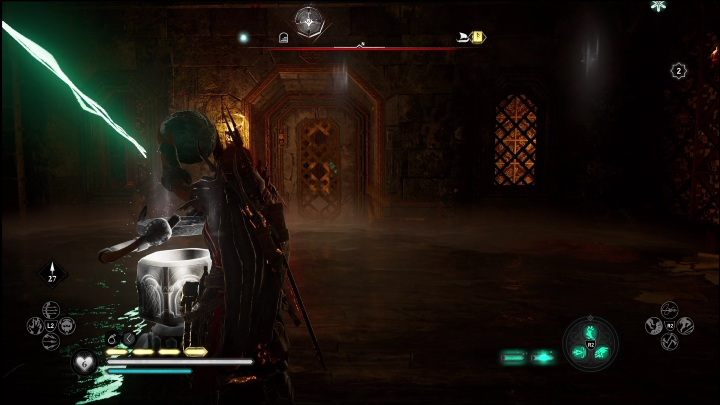 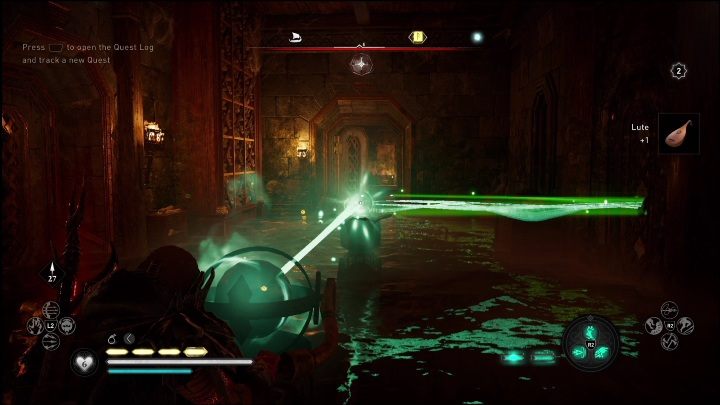 You're almost at the end of the quest. Place the spheres into the sockets and all rays will be connected. If not, correct their path by moving the appropriate elements. 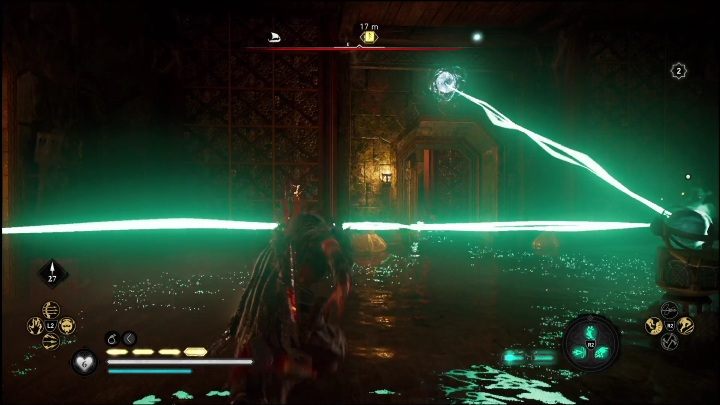 A well-directed ray will open a room where you will find the book.