This page of our Dawn of Ragnarok DLC guide contains walkthroughs for World Events taking place in Vangrinn region of the world map.

The Seed of Travi 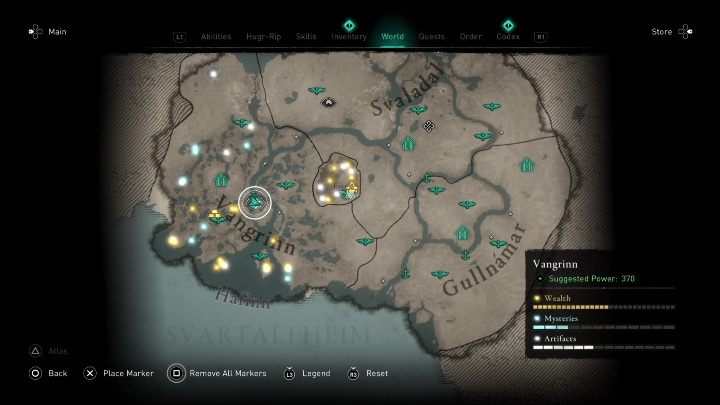 Location: in the central part of the region, right next to the river. 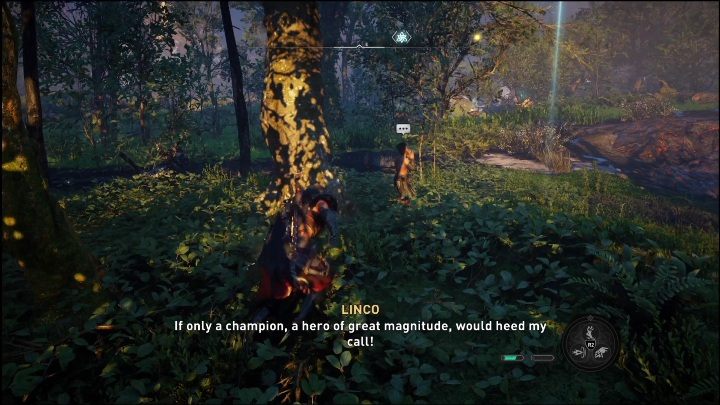 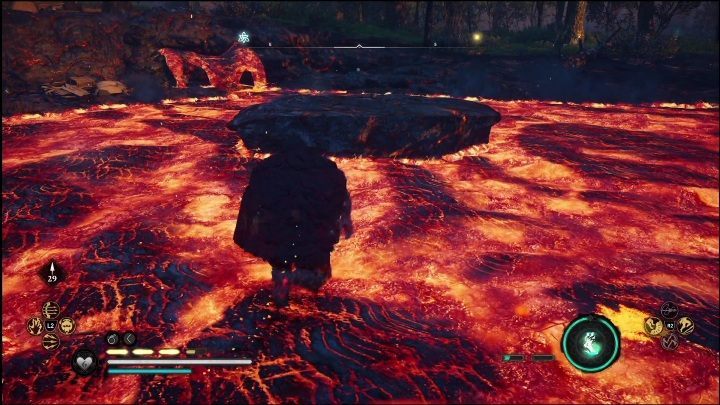 Start by talking to the man - he will ask you to bring a stone. You can find it in on a small island surrounded by the lake of lava. Crossing the lava is hazardous - you need to use the power of Muspelheim. 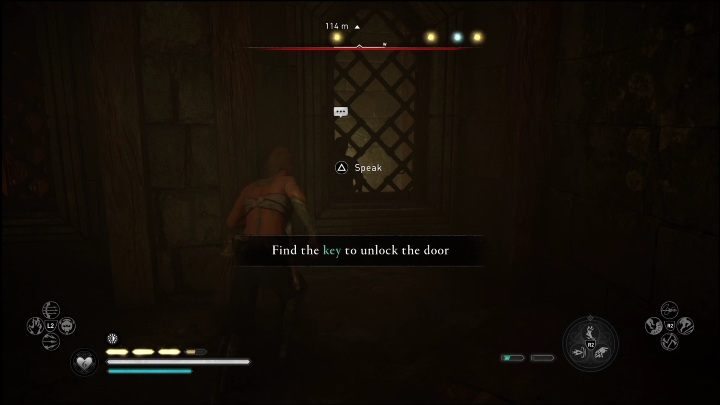 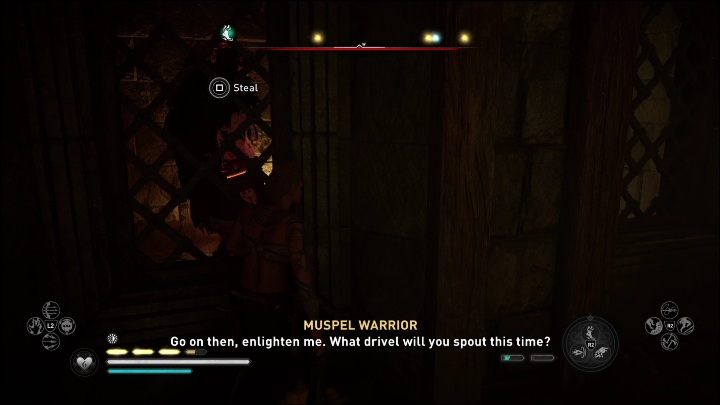 Returning to the quest giver results in an unforseen situation. You will awaken in a prison. Talk to the nearby dwarf. Conversation will be interrupted by an appearance of a enemy holding a key. Fortunately, he will stand so close to the bars that you can nab the key. 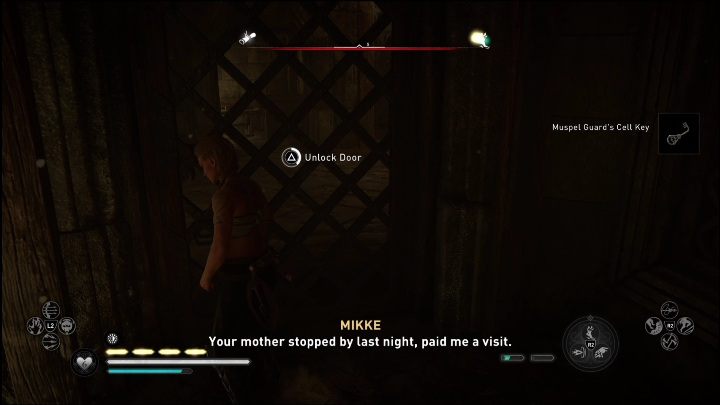 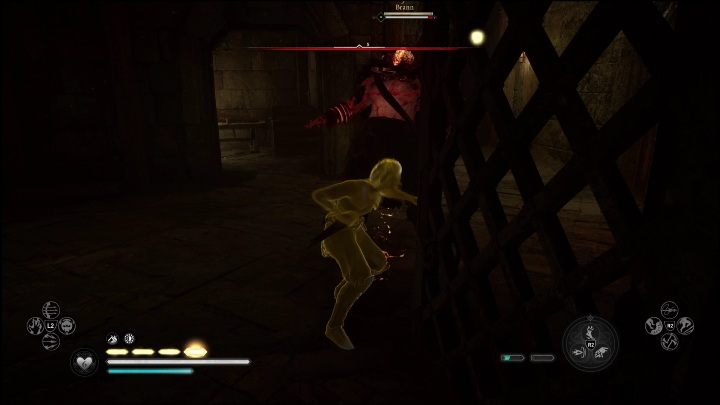 Use it to open the door. Now, take care of the oppoennt. However, remember that you've been stripped of your gear. You need to make due with your fists. 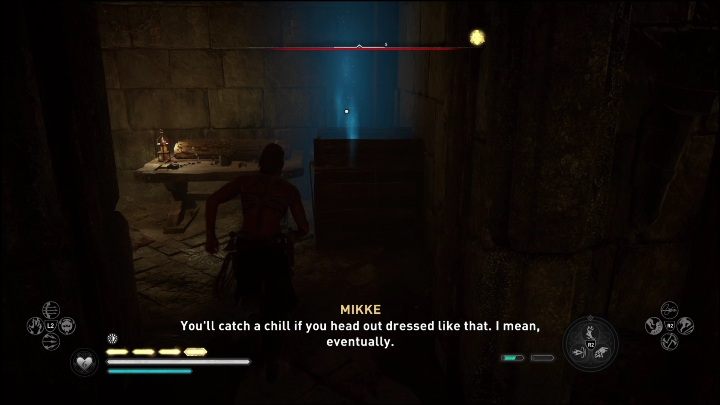 After eliminating the guard, pick up your items. They are highlighted with blue. You won't be able to leave the cave until you do so. 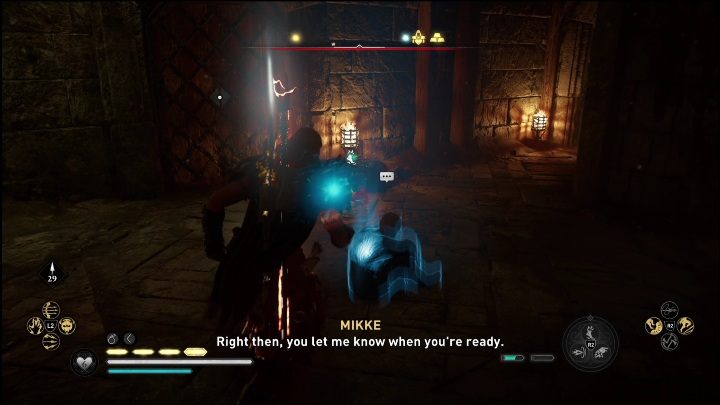 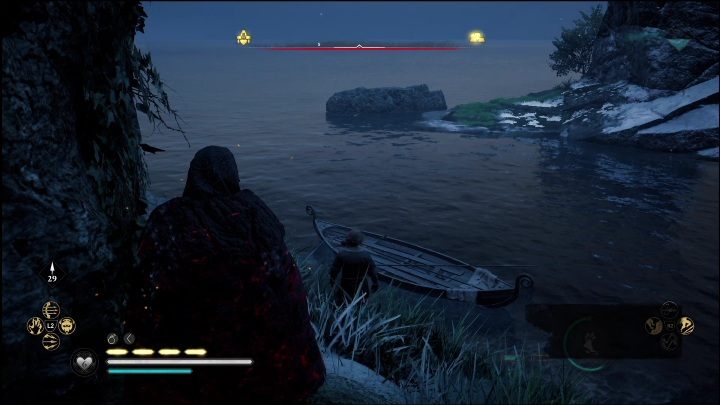 You're almost at the end of the quest. Talk to the dwarf sharing your misfortune and lead him out of the cave. This concludes the mission. However, you can see the end of the story by getting inside the boat with the dwarf and sailing back to his brother. This way you'll see the conclusion to the story. 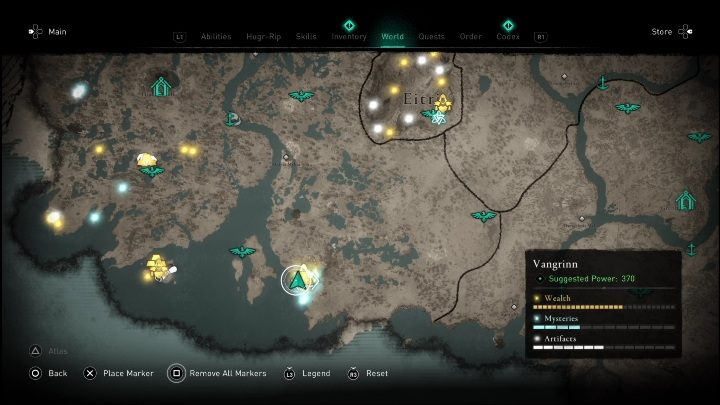 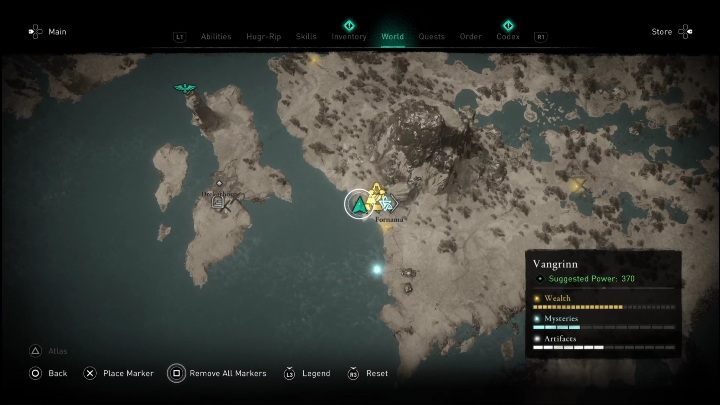 Location: southern part of the region, by the shore. 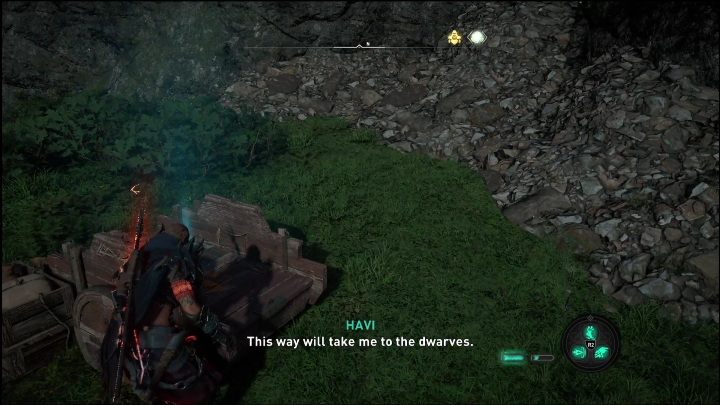 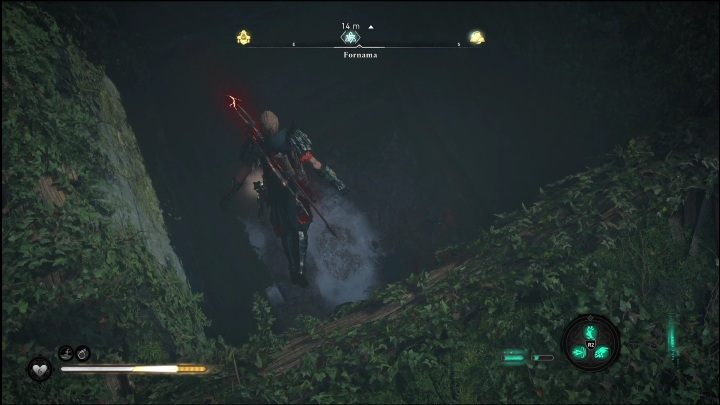 Start by reading the note on a wooden cart. You should see a dwarf jumping into a cave. Do the same - simply jump into the chasm. A haystack at the bottom will mitigate your fall. 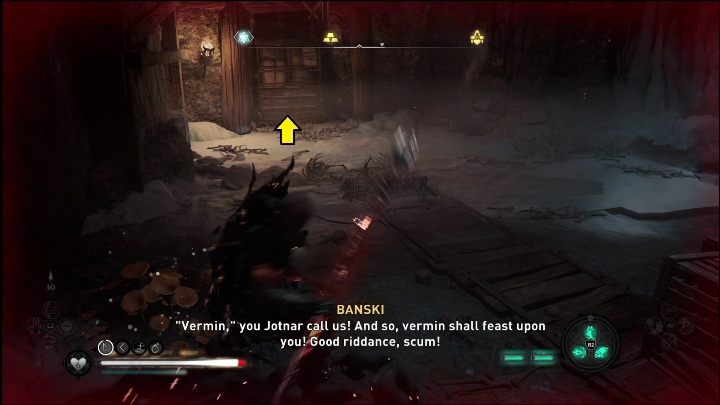 Now you need to clear the area of rats. Unfortunately, there aren't any drains to get rid of them permanently. Chasing them away with a melee weapon also won't work, as you need to push a wooden shelf. You can proceed in three ways: Throw torches - it keeps them away for a moment, but it may be not enough to move the shelf. The second way is to drawing their attention away. Your movement speed is faster than the movement speed of rats, so simply run to the other side of the room and return quickly to move the shelf. Finally, you can use teleportation (Power of Jotunheim) to instantly teleport from area to area. 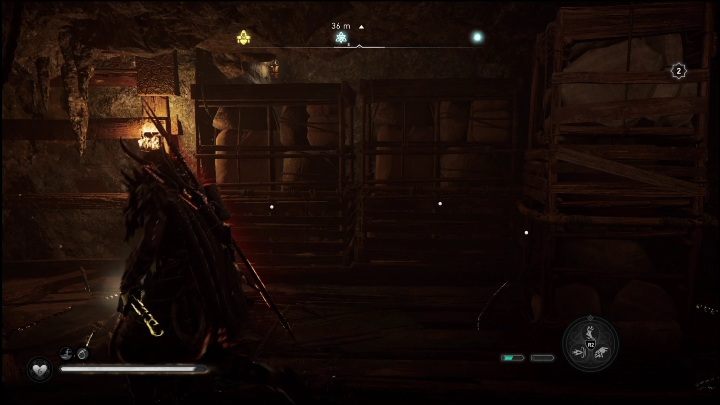 Once you've moved the shelf, continue forward - you'll encounter another shelf you need to move. . Climb up to find yourself back at the surface. 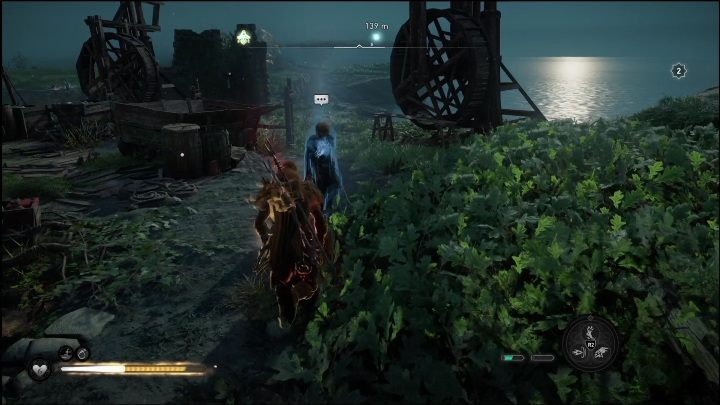 Talk to the man nearby. Use all dialogue options and the mission will end.

Take My Chest Away 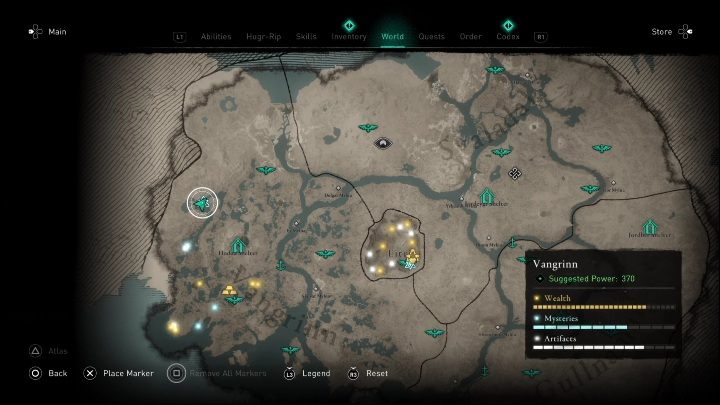 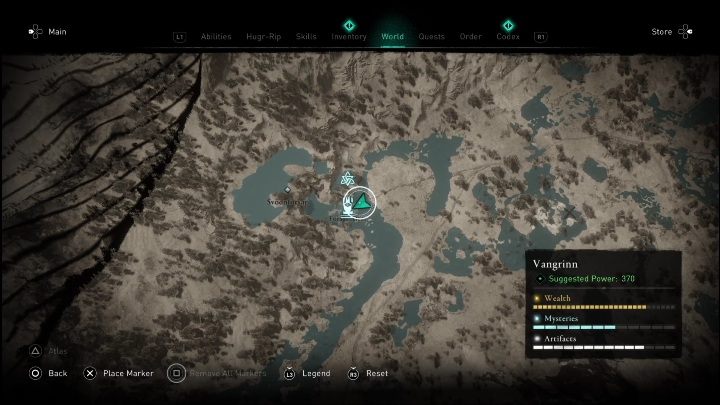 Location: western part of the region, by a small river. 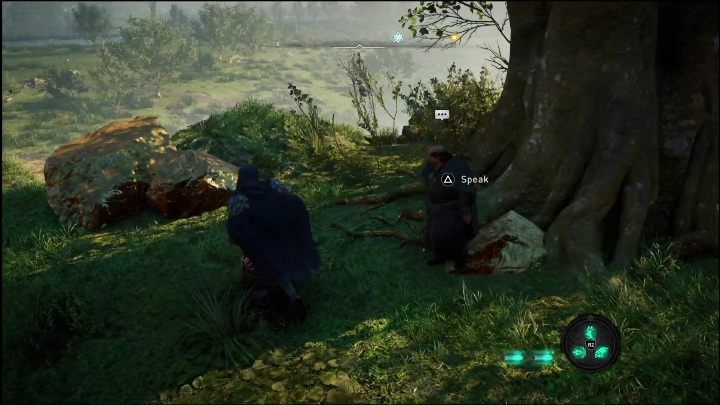 You will begin this task by talking to a man standing next to a tree. He will ask you for a favor (free of charge, of course). 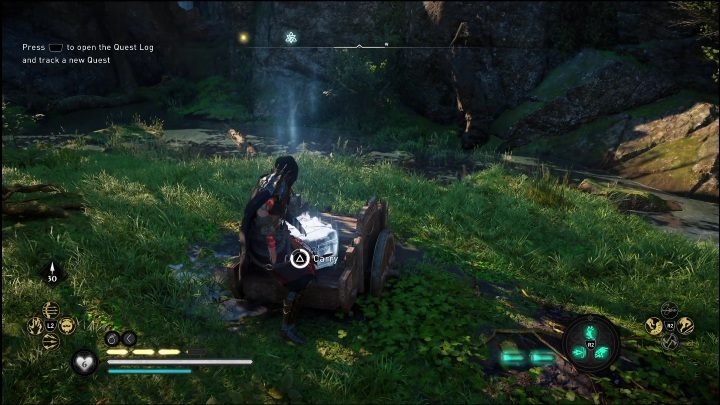 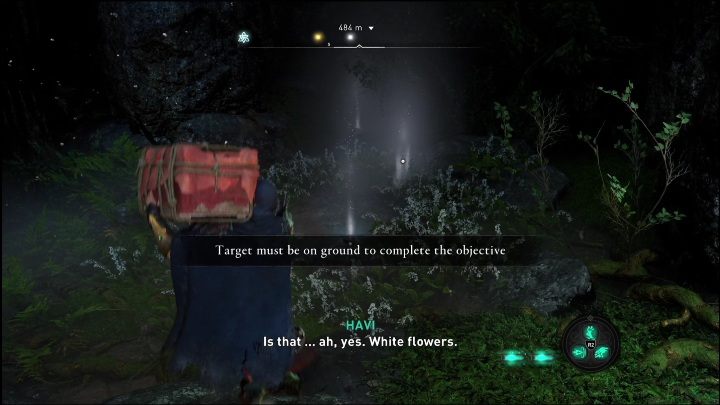 You must take the things he has prepared and carry them under the waterfall. Place them in the designated area, which is a meadow of white flowers. When you get there, Havi will draw his attention to the flowers. Put the stuff down there and come back to talk to the man. This will complete the mission.