In Assassin's Creed Vahalla you can obtain gear not only from quests but also from special chests, marked on your map. Opening these chests will unlock new weapons, armor, or shields. However, some of them are hidden underground, inside buildings, tunnels or are locked. On this page of the guide you can view the locations of Gear Chests appearing in Isle of Skye. 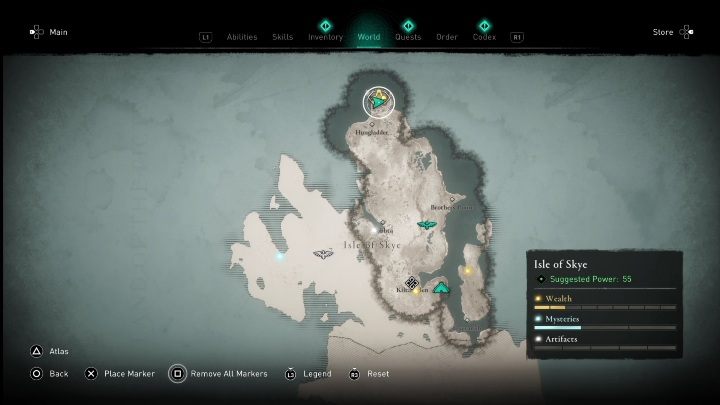 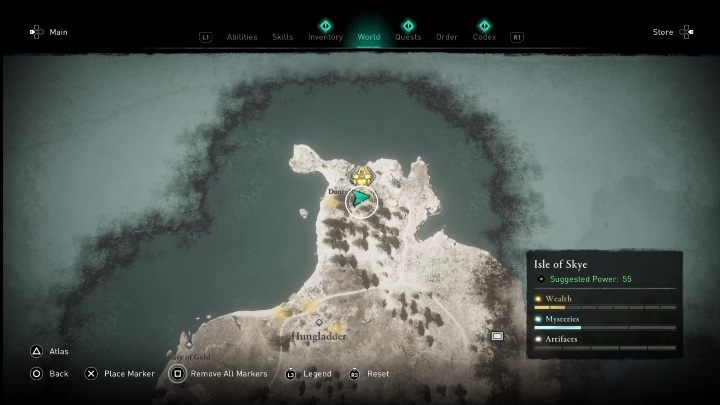 You will find this chest in the northern part of the map, going up from Hungladder. 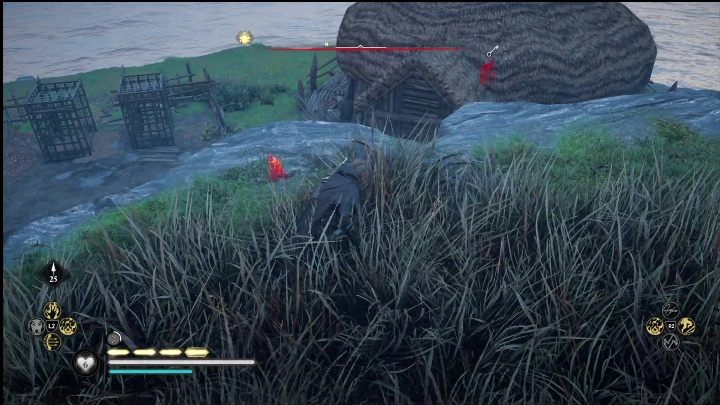 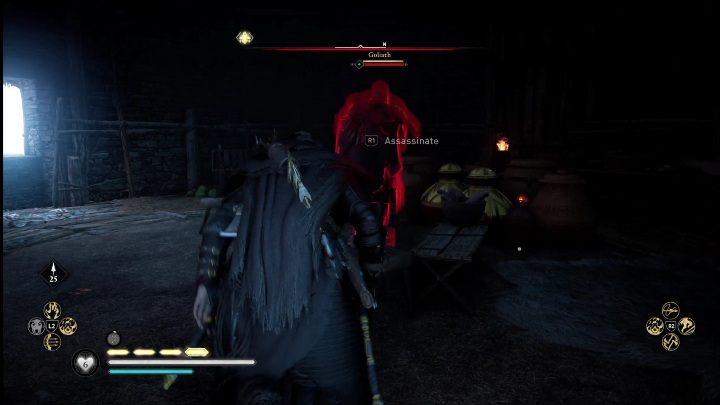 To get to this chest you need to find 2 keys. One of them is on a guard. Try to assassinate him when he is in the building, otherwise, you may alert nearby enemies. Simply approach him from behind and take care of him quietly. 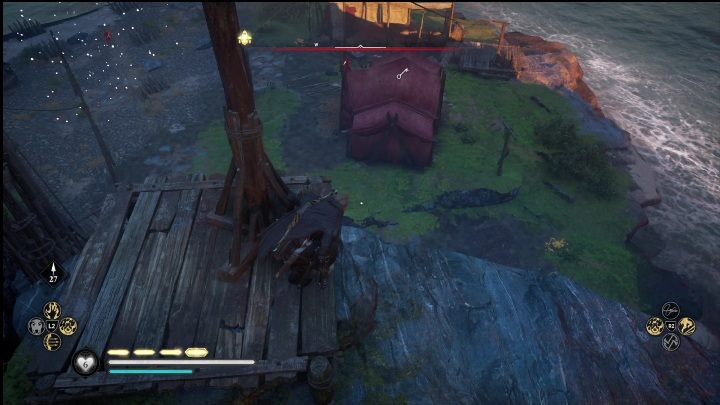 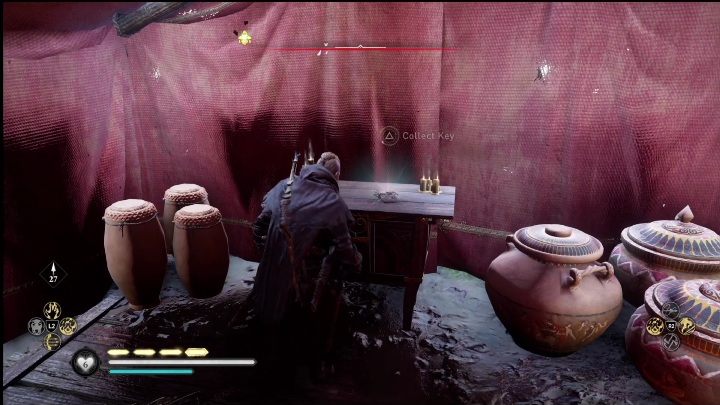 The other key is in a large tent. There are several guards standing nearby, but you should deal with them easily. Enter the tent and approach the wooden shelf to pick up the key. 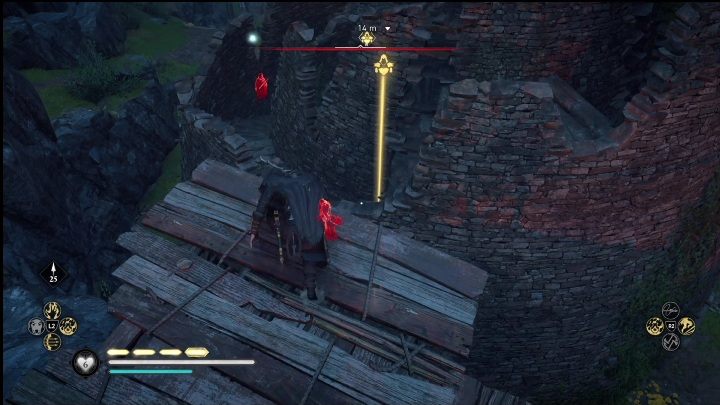 Now you can return to the chest. Its a the bottom of a ruined tower. 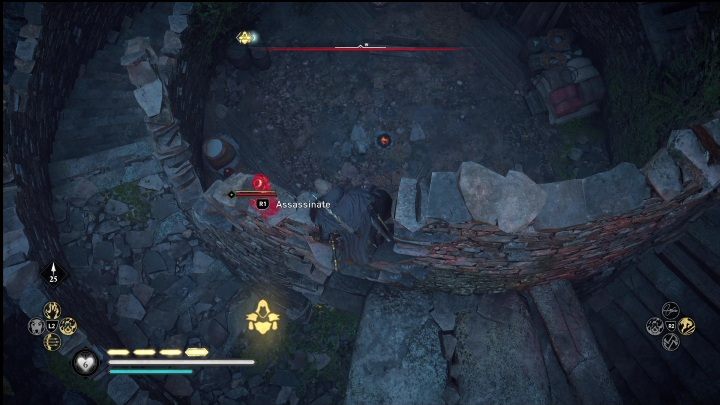 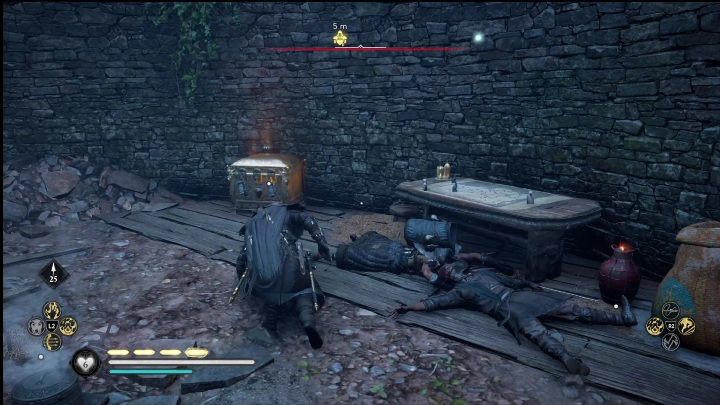 There are two opponents standing near the crate - simply kill them by utilizing an airborne attack. . . 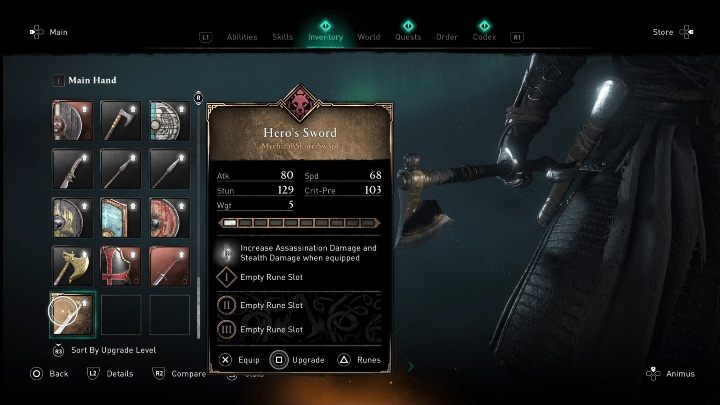 After opening the chest, you will receive the Hero Sword. 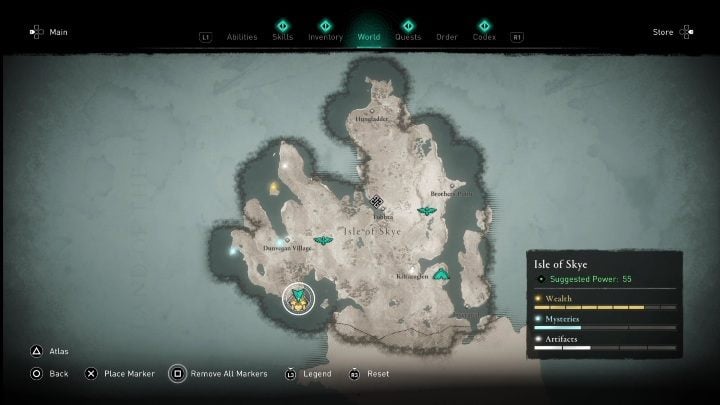 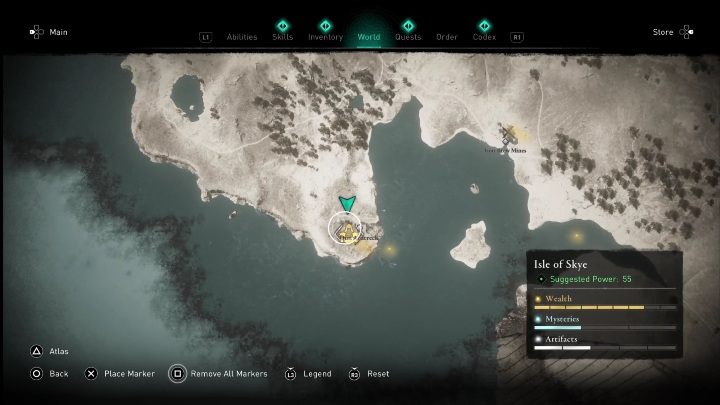 This chest is hidden in Dun Ardteck, a location in the southeastern part of the island. 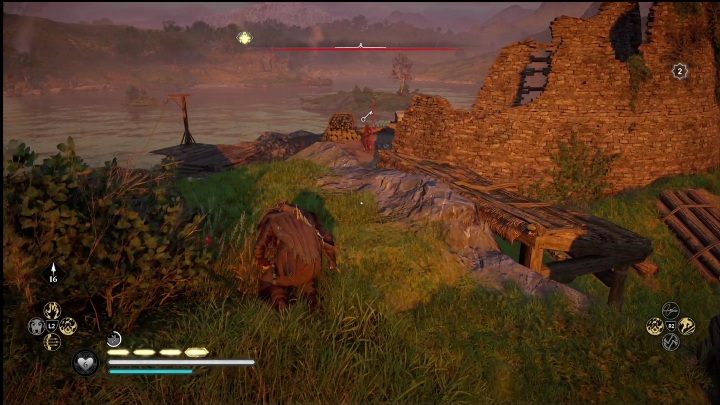 To unlock the chest, you need a key. It is carried by one of the guards hiding behind a destroyed stone tower. Simply shoot him down with a bow, as other guards won't notice it. 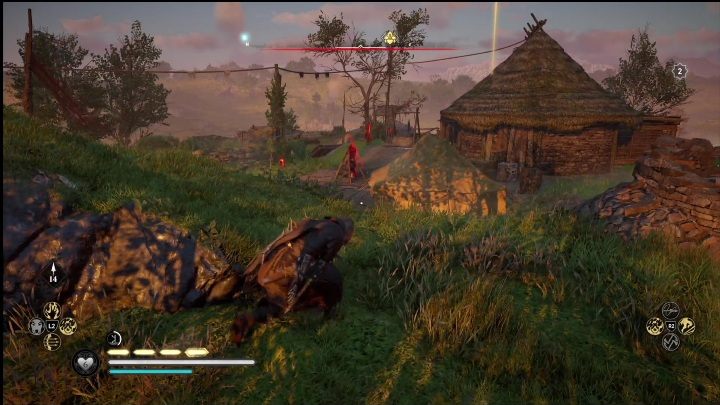 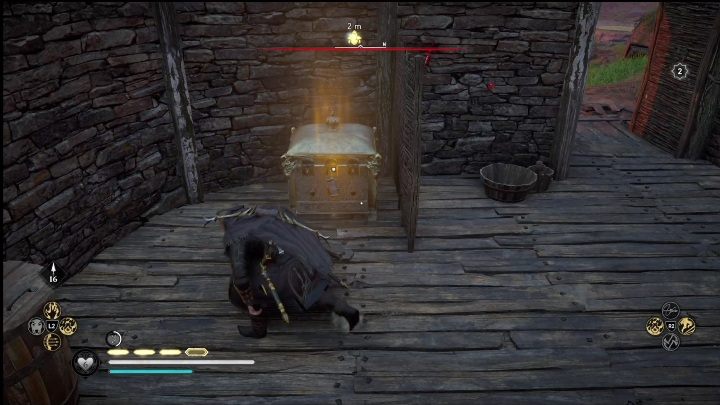 Bring the key to the golden chest in the building. 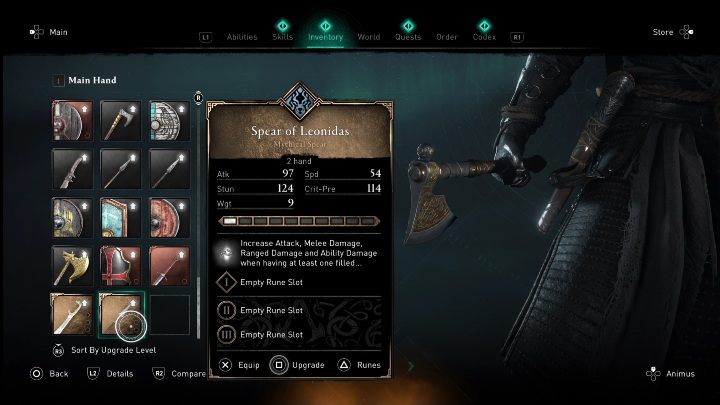 After opening the chest, you will receive the Spear of Leonidas .