When completing quests in Assassin's Creed Rebellion, you'll be able to move around many rooms. Inside you'll encounter various opponents, many traps and chests with resources. However, missions are designed in such a way that immediately after completing the mission's objective (e.g. after killing an important opponent), the team escapes from the enemy building. This means that you need to examine the remaining rooms before completing the quest. 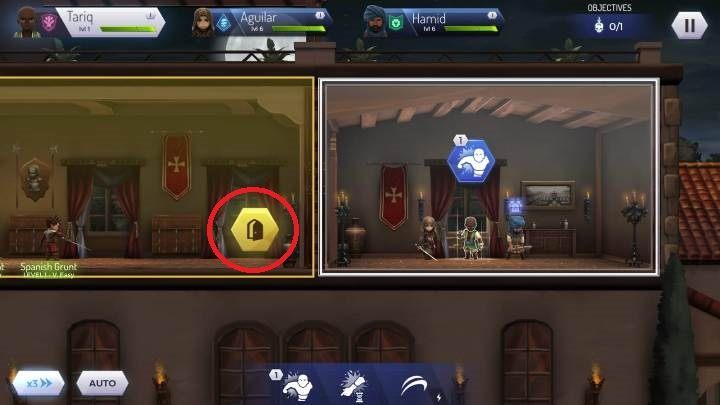 As you complete mission in the game, you move between different rooms. To get to a room, you have to click on the icon marked on the screenshot above. 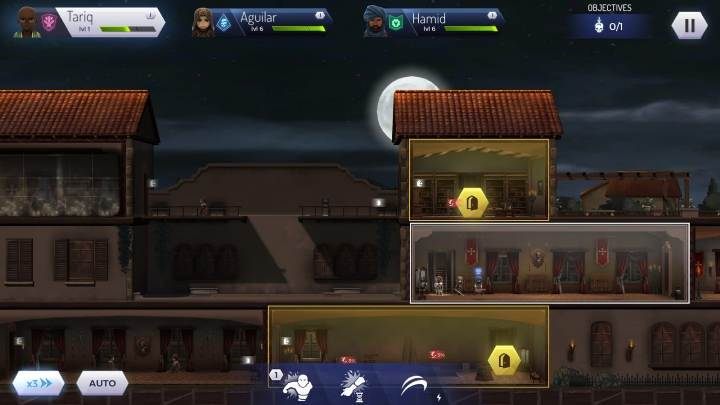 Often there will be places where you'll have to choose a more relevant room. In such situations, look carefully at the available rooms. It is possible that one of them hides a chest that will provide you with additional resources.

Remember that you will be unable to go back to the other room. However, you can run the same mission again after finishing and try follow a different route. 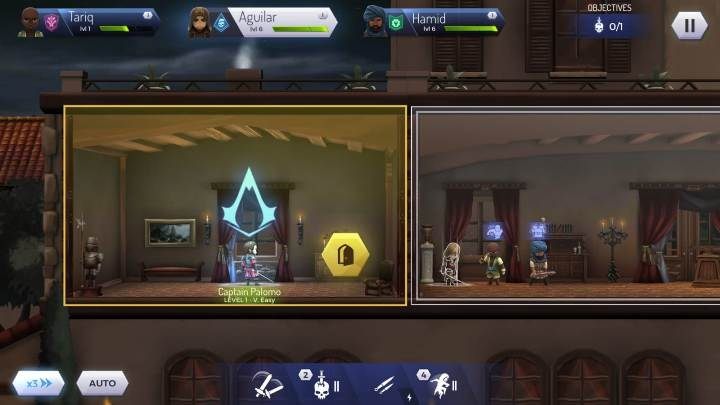 However, the game is constructed in such way, that you'll always reach your goal. It is not possible that at some point you'll be unable to move and you'll have to reset the mission.

The room with the mission objective is marked with a blue Assassin mark - shown on the screenshot above. When you enter this room and complete the quest, the mission will end.