By completing missions in Assassin's Creed Rebellion, you can enter into direct clashes or avoid enemies. Avoiding enemies is a safe way to avoid any confrontation. This way you won't have to worry about losing your hero's health. 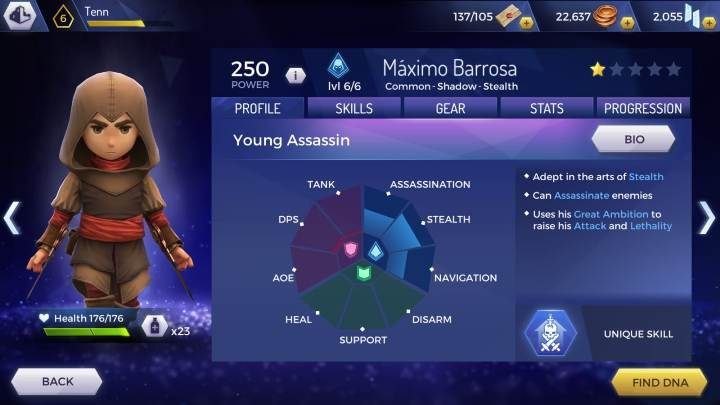 In order to avoid a direct clash, you have to play with a typical assassin, these are characters with features: assassination, stealth or navigation. You can do it by entering the hero's profile. 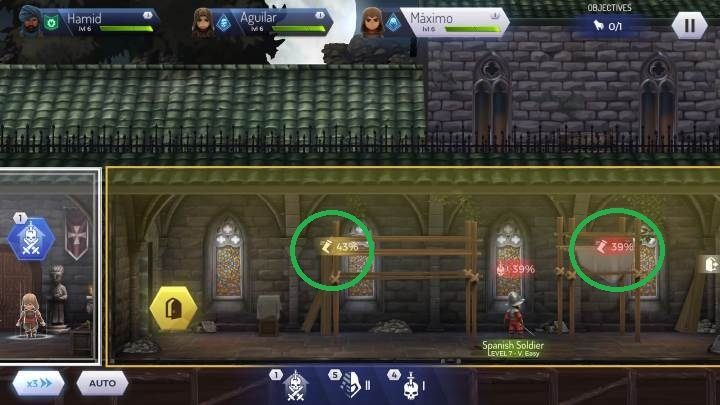 You can avoid direct clashes if there is a barrier in the room or a place where you can hide. You can judge whether you can hide before entering the room. On the screen above are marked places where you can move quietly. 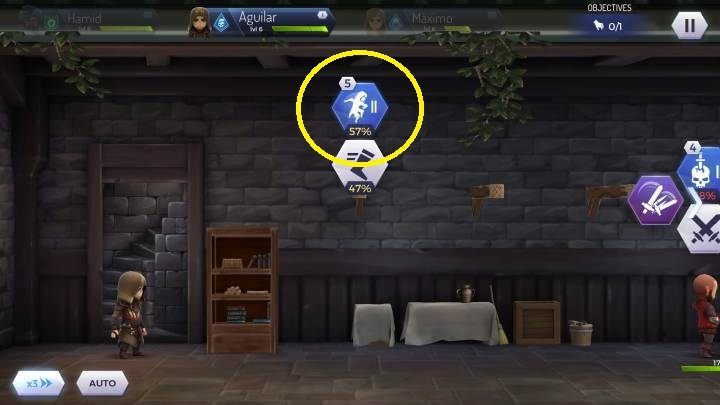 If you want to go through the shelves you have to click on the activity shown on the screen above. Thanks to this, the hero will quietly jump over the heroes' heads, and when you reach the end, the opponents will disappear from the room.

However, if you have little chance of completing this task, your character may fall right before an opponent. 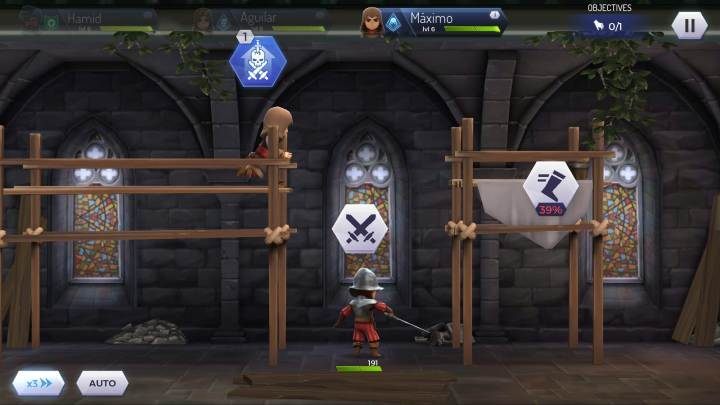 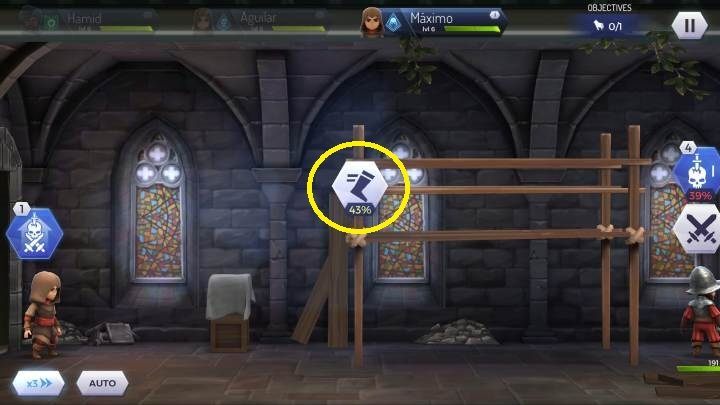 You can also run on the beams using the interaction shown on the screen above. 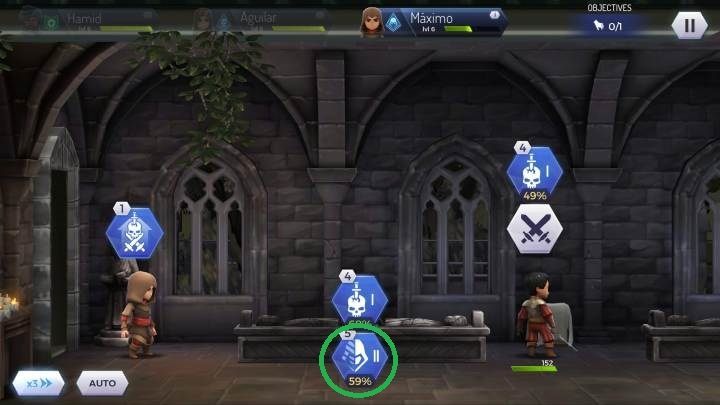 To hide behind the items, you have to click on the icon shown on the screen above. Thanks to this, the hero will lure the opponent and then bypass them, so that you will not have to fight.

Often you can also carry out quiet takedowns in such places. In this case, the decision should be based on percentage chances - if there is a better chance of making a silent kill, do not try to hide, but get rid of your opponent instead.