The guide to Assassin's Creed Rebellion contains practical tips and information that will make your first hours with the title easier. In the following guide you will find starting tips, information about missions, hero customization and fortress management. We've also made sure that this tutorial includes information on weapons, hero creation and team customization. Thanks to the pages we have prepared you will be able to quickly find your place in the game world.

Detailed descriptions of team customization, weapon crafting, character progression and mission activities will make the first moments of the game easier for you and provide you with a good start to the game. In this guide you will also find information about resources, currencies and statistics available in the game.

Assassin's Creed Rebellion is a mobile game for Android and iOS devices. It is a strategy game with RPG elements, created by Behavior Interactive Studio in cooperation with Ubisoft. The action of the game takes place in 15th-century Spain, where the Assassins have to fight against the Inquisition. The game features over 40 characters (including e.g. Ezio, Aguilar, Machiavelli).

Assassin's Creed Rebellion is a fortress management game. In order to do so, however, you have to gain new levels and perform various missions. The fortress is the main base for the heroes. In it, they can relax, regenerate and train before their next missions. They set out on missions in teams of up to three people. The missions are divided into four types: Story and Legacy missions enable you to acquire new DNA fragments to unlock new Assassins, Standard and Loot missions provide the resources needed to expand your fortress and improve heroes. 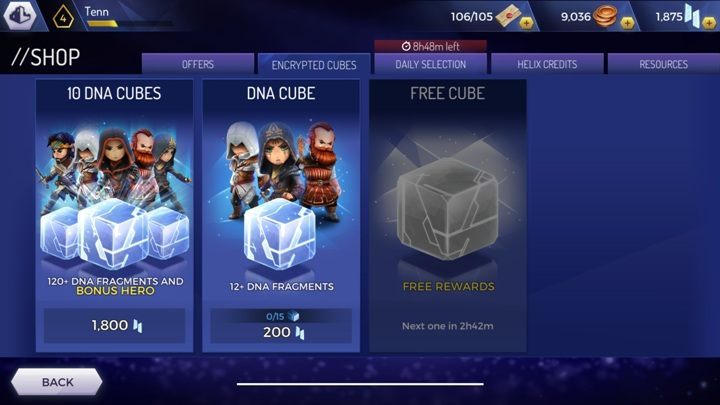 Assassin's Creed Rebellion employs the free to play model. This means that you can get it for free on your phone or tablet. In the game, however, there is a shop where you can spend real cash to buy new heroes, items, DNA fragments, in-game currency and many other additional products.

How to block personal data acquisition? 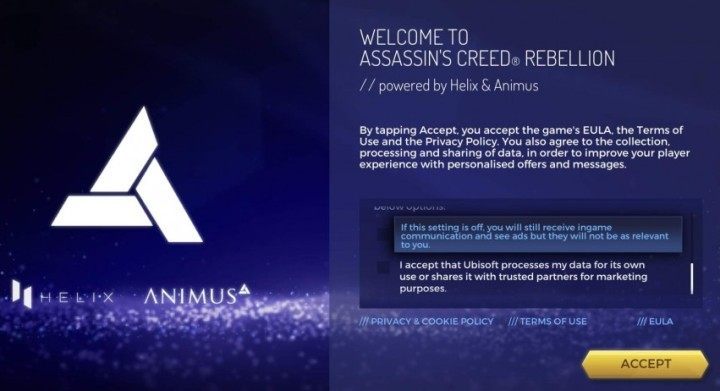 The game requires some information to be confirmed when starting for the first time. One of them is the acquisition of personal data. In order to avoid this, expand the "I want to know more about my player experience" option and uncheck both boxes seen on the screen above. This will prevent the collection of your personal data and the sharing of such data to the creator's partners. 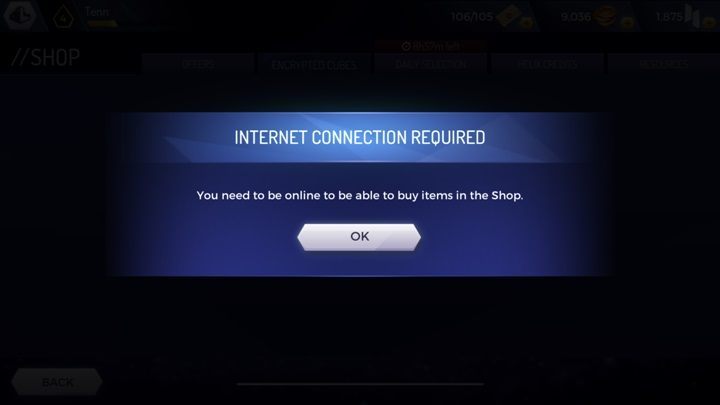 Without an Internet connection you cannot:

Will the game run on my phone?

The game will not run on phones with Android 4.3 and its older versions.

Assassin's Creed Rebellion takes up over 500 MB of your storage, so you have to prepare your phone for such a load. If you don't have so much free space or the game fits barely uninstall unnecessary applications, otherwise the phone will stutter during the game.

If after starting the game you see a message like the one on the screen above, unfortunately you will have to wait. It is worth to restart the game every few minutes and check the status of the servers.

Assassin's Creed Rebellion does not enable you to play with others. The game offers no options to communicate or trade with other players. 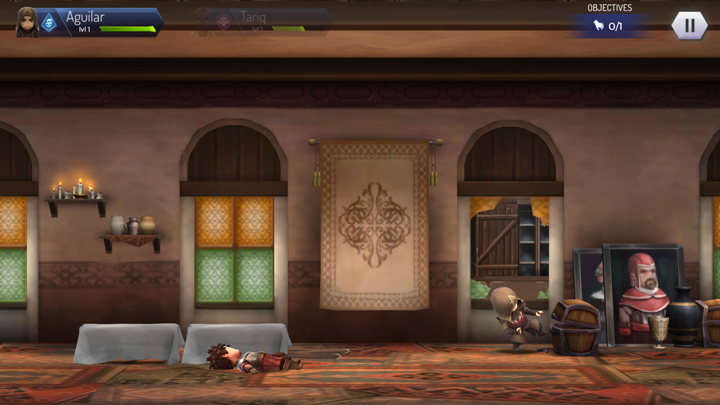 Assassin's Creed Rebellion is rated PEGI 12 because the game is based on the activities of assassins, i.e. stealth killing, fighting and taking someone else's property from enemy territory.

Remember to train your heroes - at the very beginning of the game create a room where you can train your heroes. Thanks to that they will be able to constantly develop their skills, gain new levels and increase their stats. This will make them more effective in combat and they will have much more health.

Carefully manage your resources - Assassin's Creed Rebellion requires constant development of your heroes and fortress, so you need to take care of the amount of available resources. You will get these by completing missions or opening special crates.

Patience pays off - if your hero loses a lot of health points or dies, give him several minutes to rest. At the very beginning it will be quite a frequent process, because you won't have many heroes at your disposal. However, it's not worth wasting potions for treating the heroes, as their life regenerates very quickly. It's worth putting down the phone and start the game again after a dozen or so minutes.

Pay close attention to your heroes - while performing missions, pay attention to the stats of your heroes. Very often they are prepared to perform certain activities. The selection of heroes for the mission and during the course of the mission will be dealt with on a separate page of the guide.

Invest in new weapons - in the game you can craft new weapons for your heroes. Remember that the type of weapon depends on the hero's class. Before you create a weapon, take a close look at the character and determine the right equipment for them.

Try to avoid direct clashes - remember, you are an assassin. If you have the opportunity to do so, execute stealth kills. That way you won't lose a single HP.

Complete as many missions as possible - missions in the game provide you with experience points and resources. They are therefore required to expand the fortress.

If you know that the mission is too difficult, let it go - if a mission makes it difficult for you, it is not worth trying to go through it again. Do some easier missions, train your heroes and just try again later on.