On this page of our game guide you can find out how many different editions of Assassin's Creed Odyssey are available and what sort of content each edition offers.

Assassin's Creed Odyssey has as many as 7 different versions, and some of them have been released uniquely for the European PC market or on the Uplay platform. If you are wondering what can be found in each edition, then we have prepared a detailed overview below. 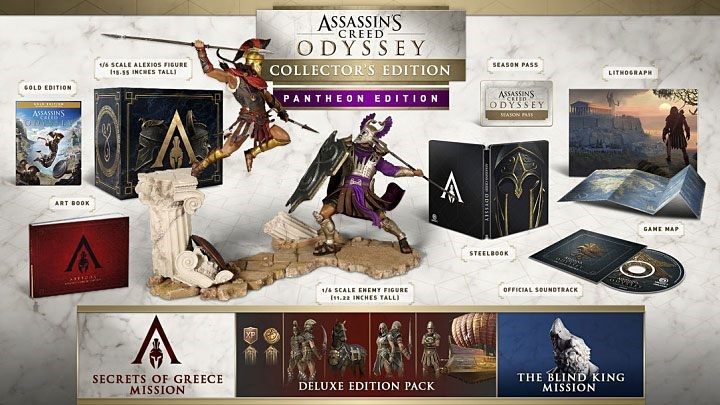