Travelling through the map in Assassin's Creed Odyssey: Judgment of Atlantis, you will encounter the mission called In Dreams. It is available on the world map and will be visible as soon as you come near to this area. 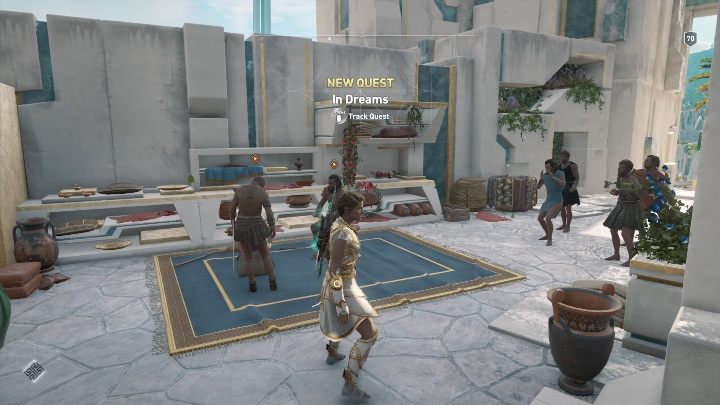 This mission begins with a battle with two opponents. You have to kill them to save the woman (they want to kill her). 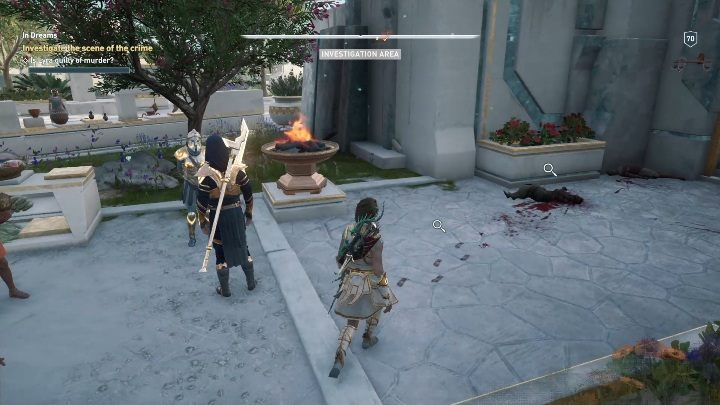 Your next task is to start an investigation. Interview witnesses as well as verify the evidence of the crime. Thus, you will get an important piece of evidence with which you have to go to the woman. 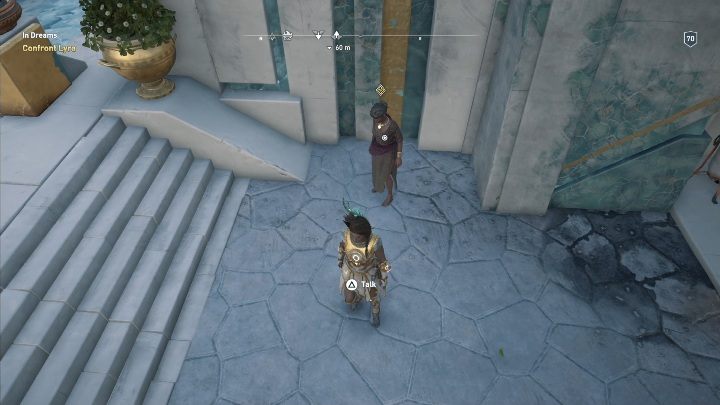 The woman has "hid" on the other side of the building. Just cross the roof, and you'll encounter her. 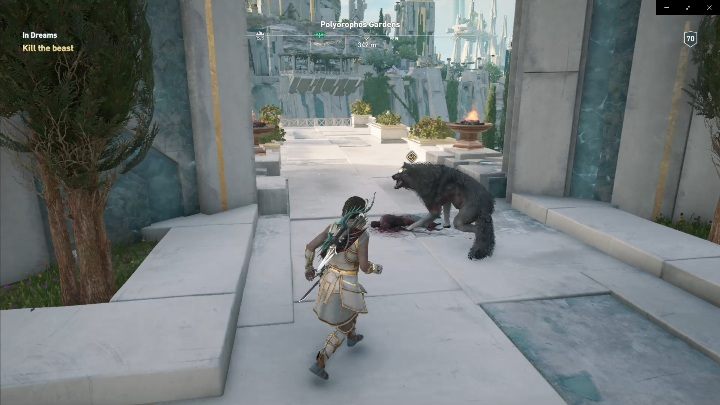 After talking to a woman, go to fight with the wolf. He's terrorizing a bunch of people around here. Deprive him of as much health points as you can. That way, you'll find out who the beast really is. A person who turns into a werewolf will want to commit suicide. You may save his life and stop him from doing so.