Assassin's Creed Odyssey: Judgment of Atlantis is the third part of Fate of Atlantis expansion. One of the main quests is called The Dikastes of Atlantis. It consists of several smaller missions. 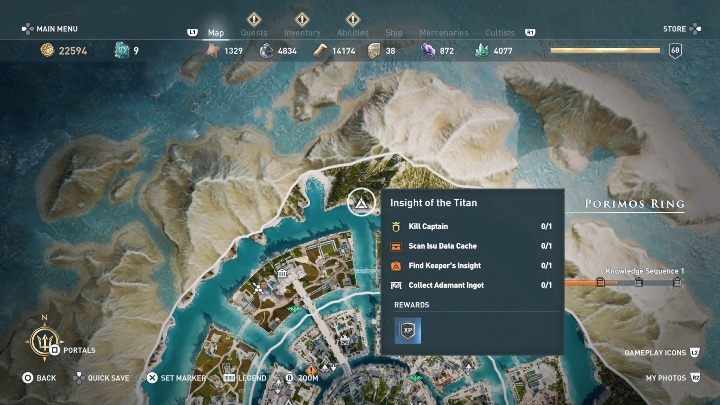 The Insight of the Titan is in the northern part of Porimos Ring. 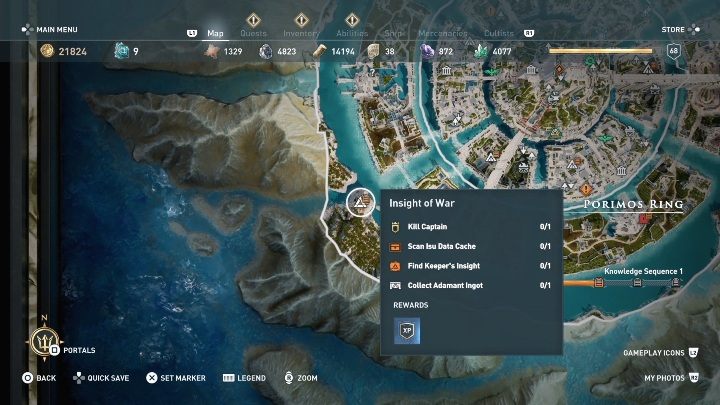 The Insight of War is in the south-west part of Porimos Ring. 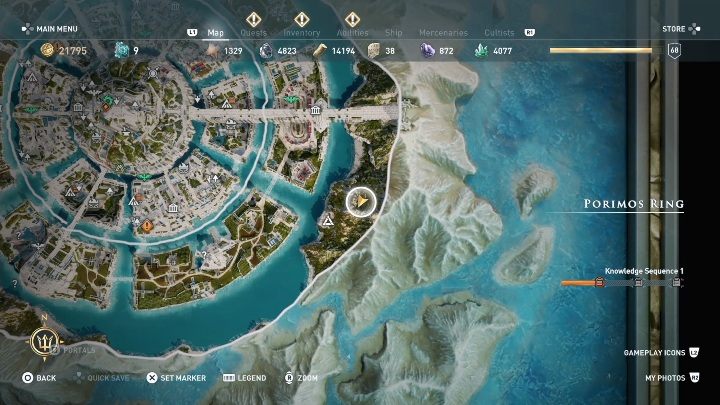 The Insight of Blessings is in the eastern part of the map. 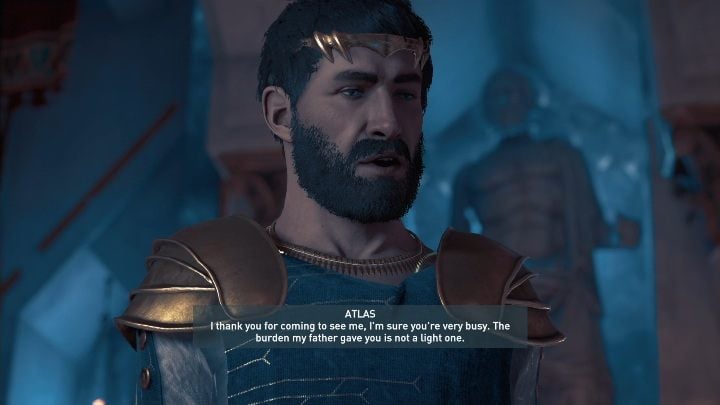 This mission consists in talking to Atlas. After completing it, you'll get three more tasks: Crowd Pleaser, Rebel Scum and The Atlantean Patient. 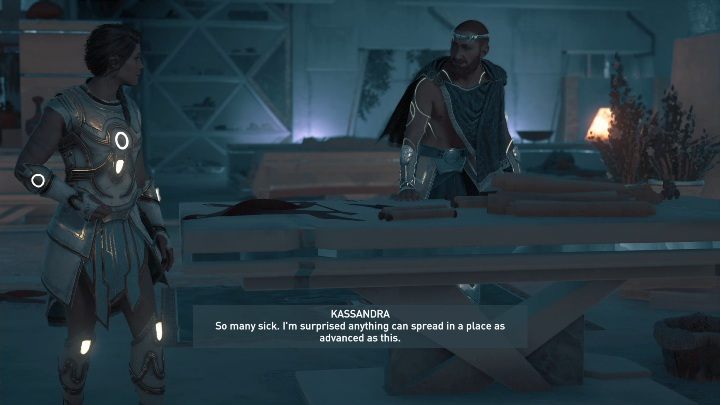 This mission consists in talking with a man and pass him the Isu plans. If you have completed archives tasks before, you will have this plan with you. 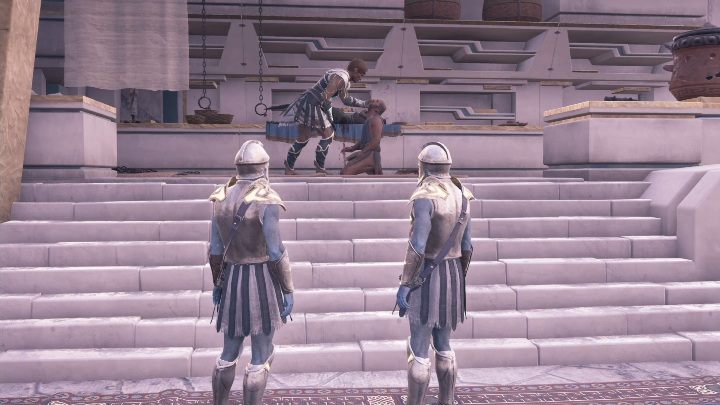 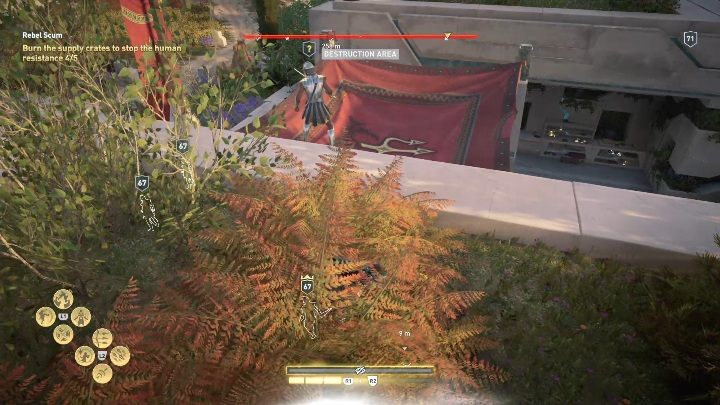 Your task is to go to a man, talk to him, and then burn five crops in the nearest camp. 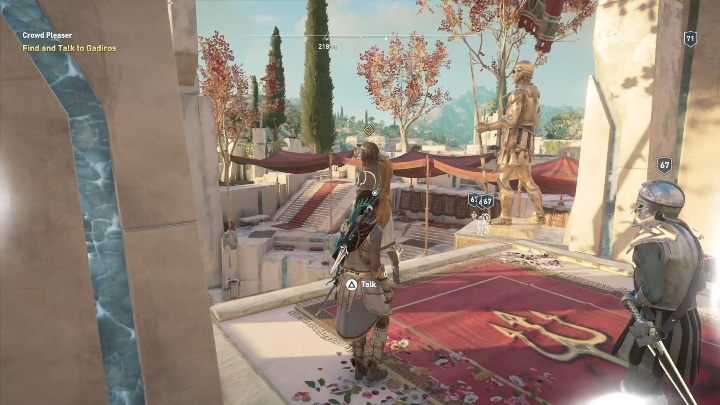 This mission will begin with a conversation with Gadiros. 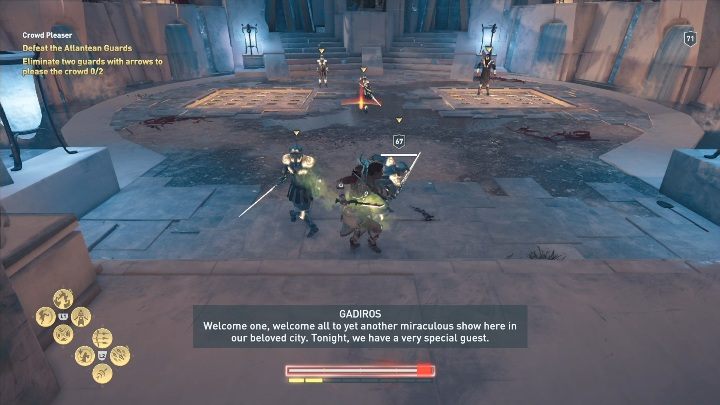 Gadiros will throw you into the arena with his warriors. Defeat them all to move on to the next part of the quest. After defeating the opponents, you will complete the task. To complete the entire quest, you need to go to Atlas and talk to him. 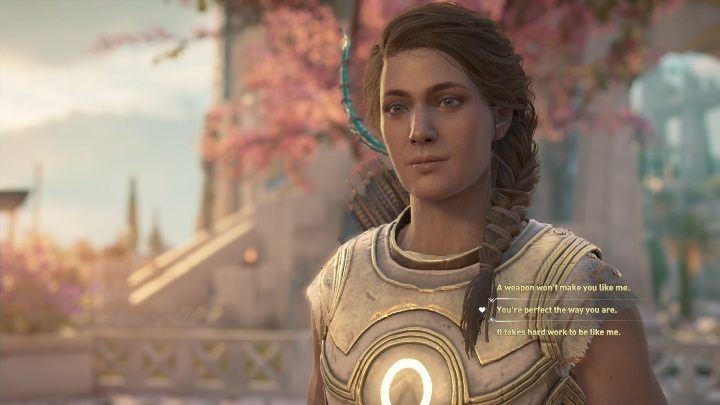 This mission is only about talking to a woman. Once you have completed it, you will be given another task.

Blood Gets in Your Eyes 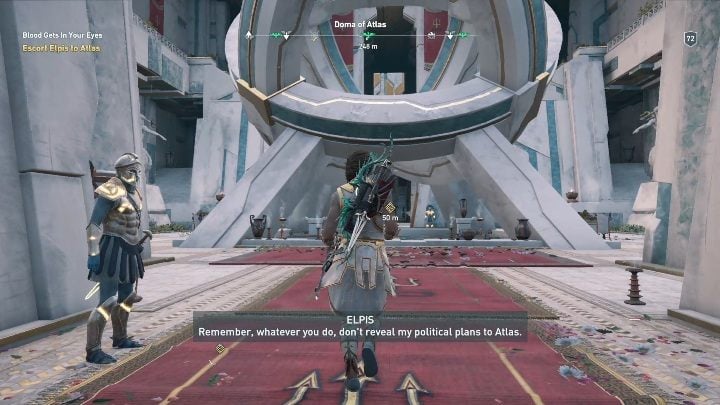 You will start this mission by talking to Elpis, your job will be to escort her to Atlas. After all their conversation, the mission will end. 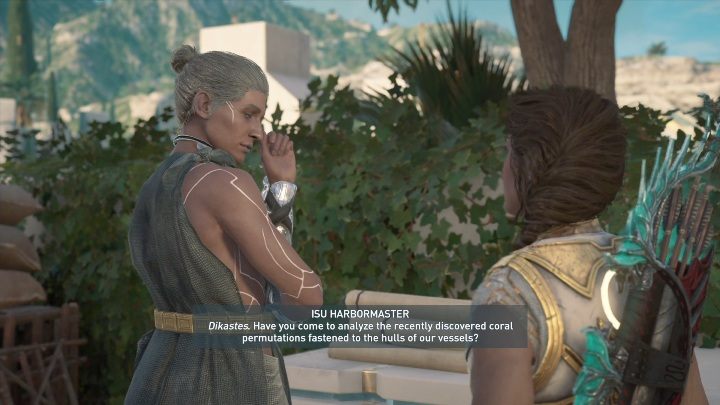 This mission will begin with a conversation with Harbormaster. 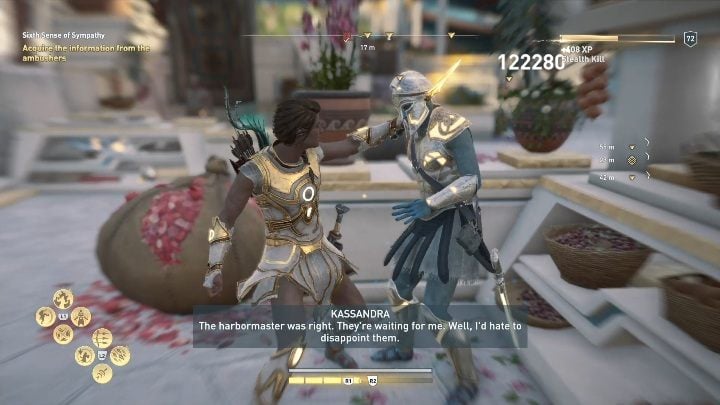 She will give you a task, in which you have to kill certain guards. When you do this, you will complete the mission. 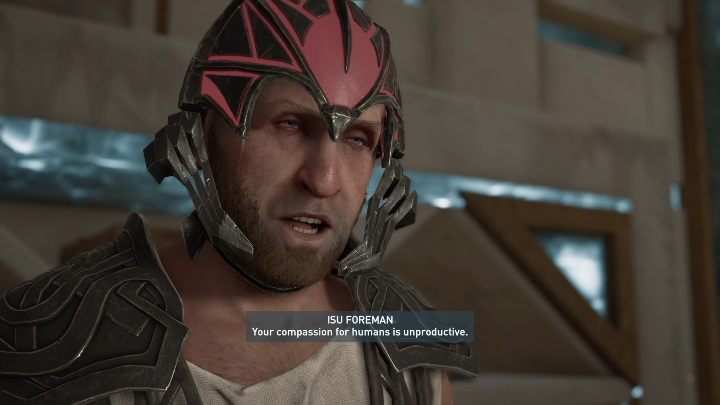 This mission will begin with a conversation with Foreman. 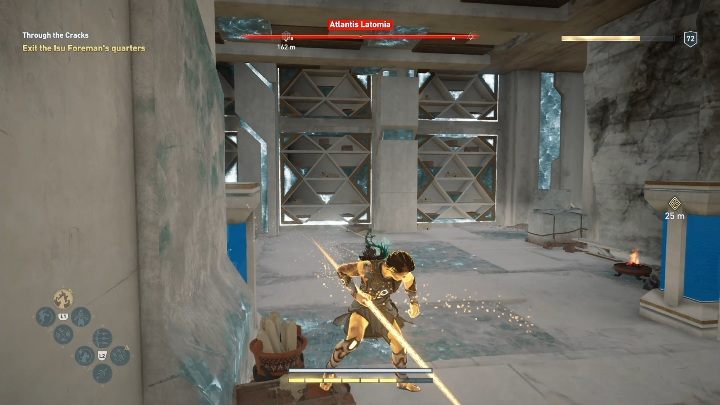 Your task is to defeat a man or give up a fight and leave without a word.

Good From Far, Far From Good 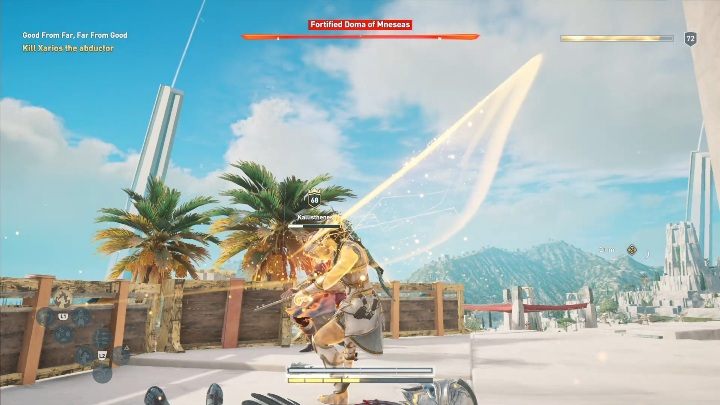 In this mission you have to go on a conversation with the boy, he will show you your target. When you kill the target, the mission will end. 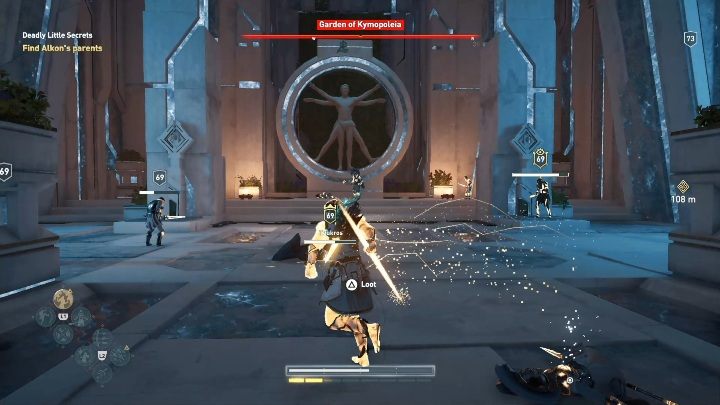 Your task will be to find Alkon's parents, in order to do this you must first defeat the enemies in the building. 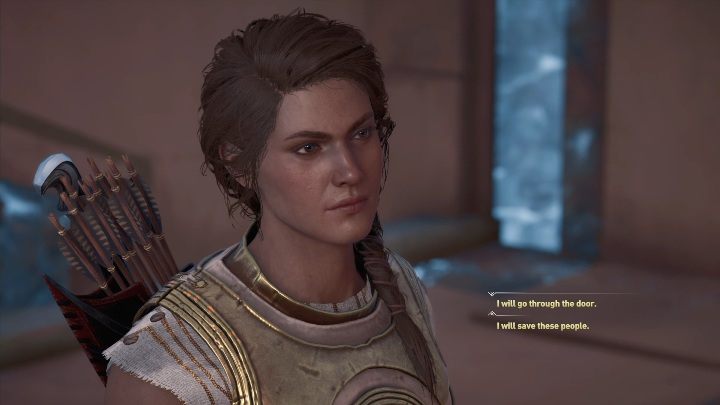 When you find his parents, you have to make a hard choice:

Once you have made your choice, you will complete the mission.