The Dominance is Bliss mission in Assassin's Creed: Odyssey Fate of Atlantis consists of several quests: Good News, Persephone's Little Birds, Popular, Dead Kings and Pretty Things, Have Another Drink, A Life for a life, The Keeper and the Flame, The Beacons Are Lit, and The Keeper and Kyros. 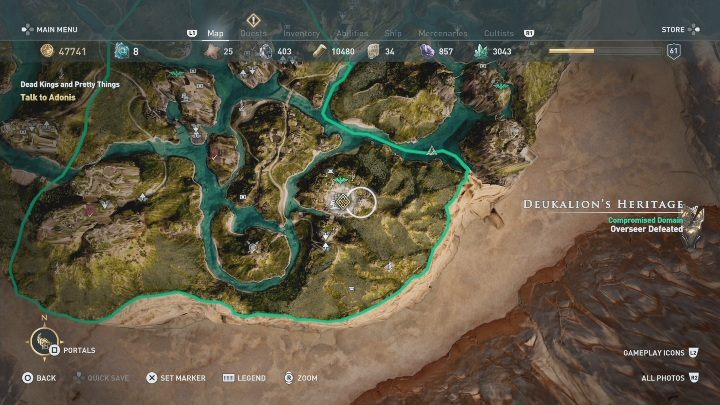 This mission will start with a conversation with Adonis. You will find him in the southern part of the Fields of Elysium. 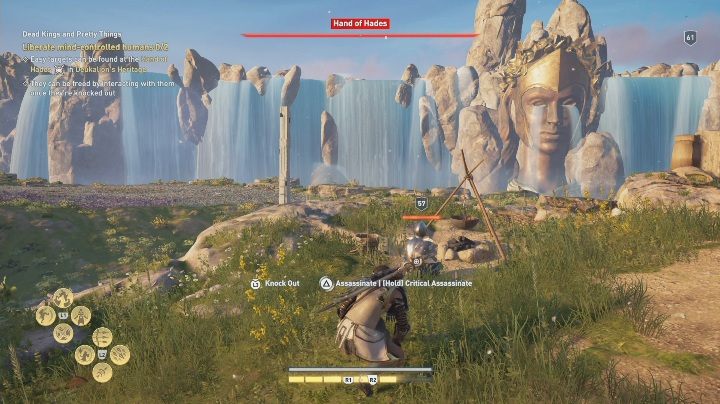 Your task will be to stun 2 rebels and free them from Persephone's grasp. To do this, you must get to the enemy camp and choose 3 weak victims. If the warrior is too strong, you will not be able to stun him.

After completing the task, return to Adonis and talk to him. 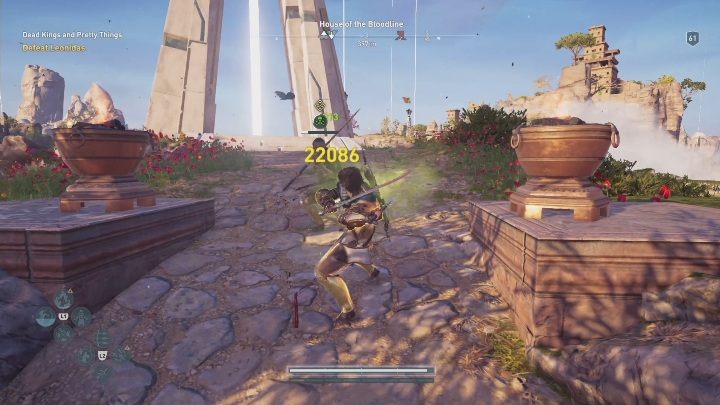 The next part of the mission requires you to find a specific warrior - Leonidas. You will have to fight him. After completing the task, you will finish the mission.

This mission will begin after you complete the quest titled Dead Kings and Pretty Things. 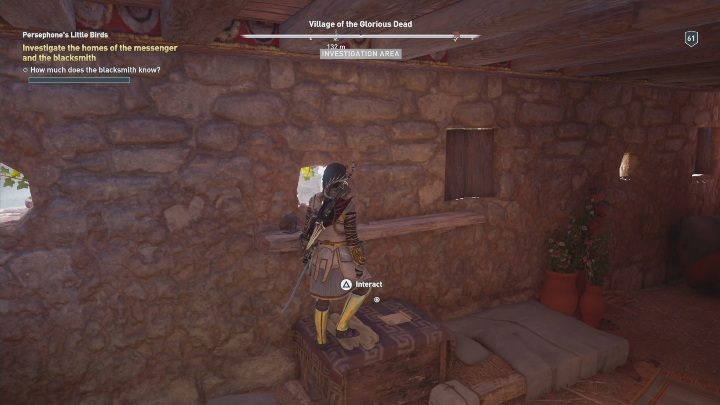 In this quest, you have to examine two houses in the village. Go through the documents, letters, and scrolls. 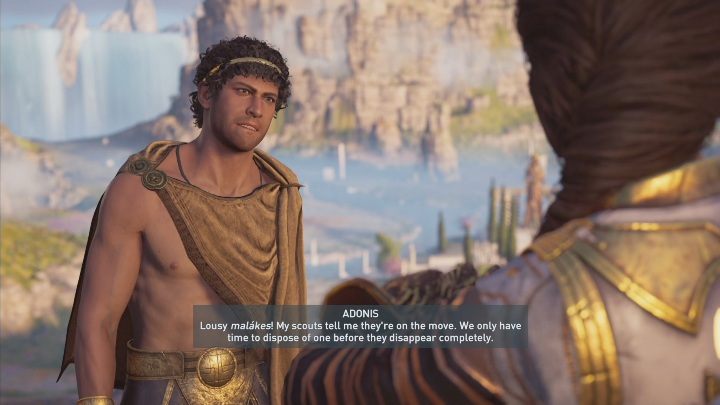 Return to Adonis with the information you have gathered, and he will give you the next tasks. 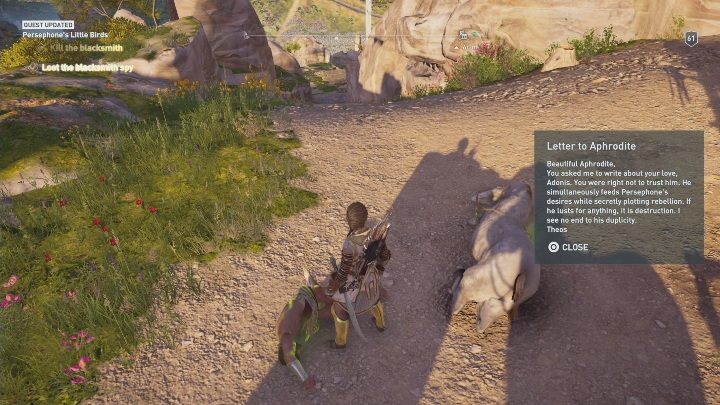 During the conversation with Adonis, you must choose whom you will kill - the blacksmith or the messenger. Depending on your choice, you will have to hunt down one of the men and kill him. Afterwards, you must come back to Adonis, and then the mission will end. 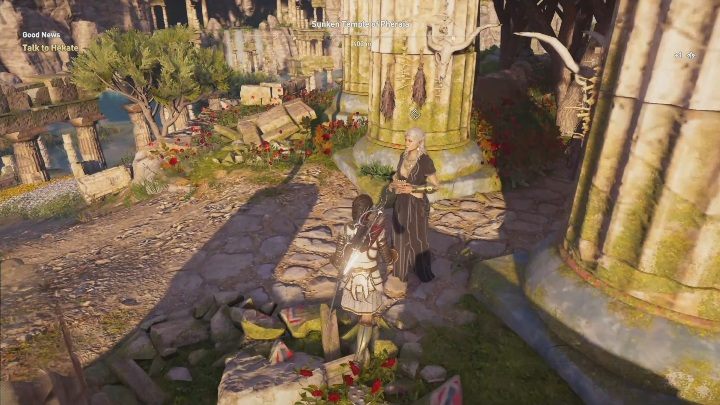 This mission begins with a conversation with Hekate. 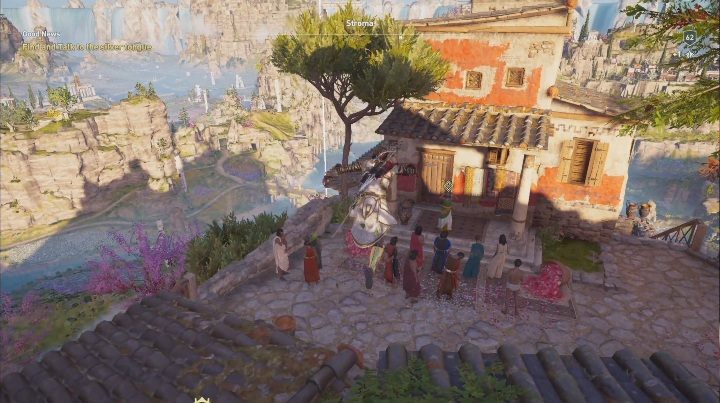 Your task will be to find the silver tongue. She is giving a speech in the Stroma location. 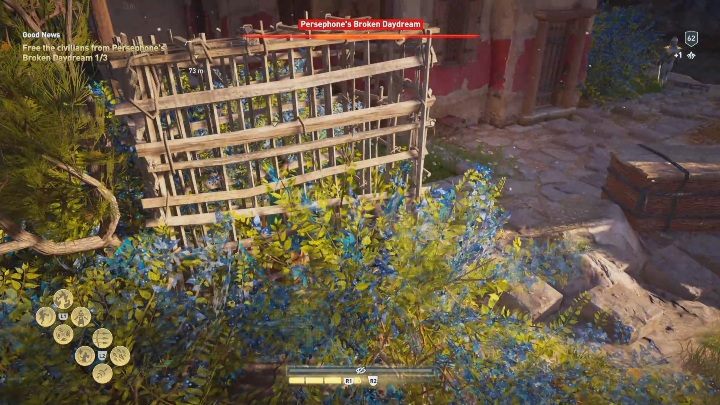 You will receive another task from this woman. You must go to Persephone's Broken Daydream and release three prisoners. After completing the task, return to the silver tongue. She will send you back to Hekate. 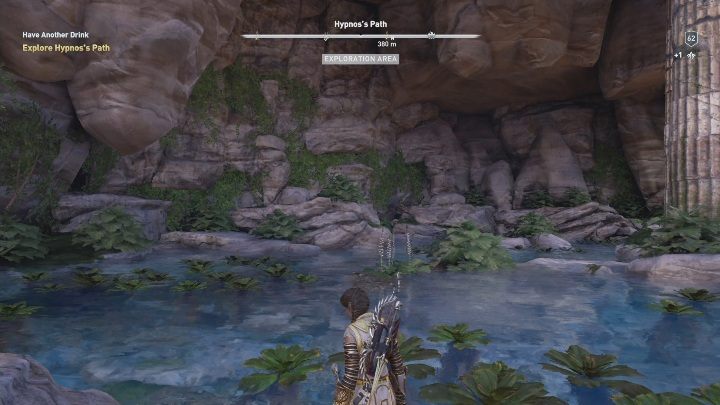 You will obtain this mission from Hekate, after completing the quest titled Good News. Your new task will require you to explore the area of Hypnos's Path. 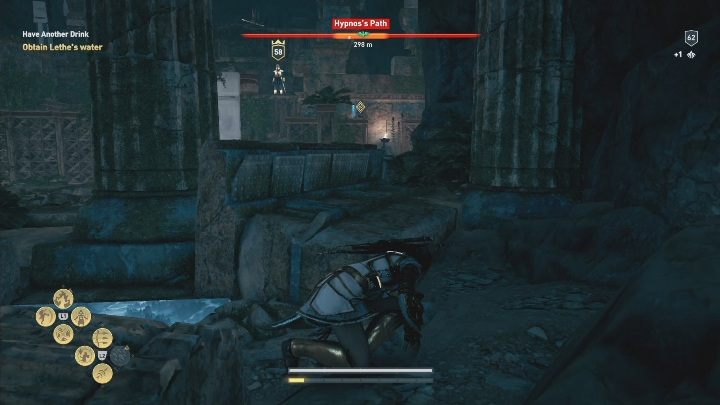 On-site, you will find a cave that is swarming with enemies. You have to get an item from there, and then follow the voice. It will lead you to a man, who will give you valuable information. 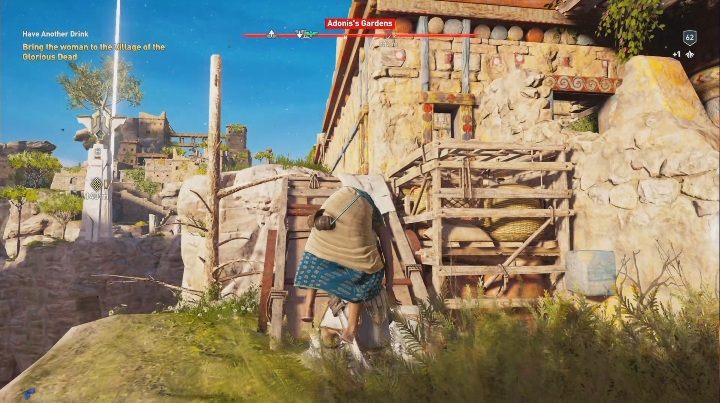 Your next task will be to talk to Hekate and bring her to the village.

After returning to Hekate you will finish the mission and you will receive another quest. 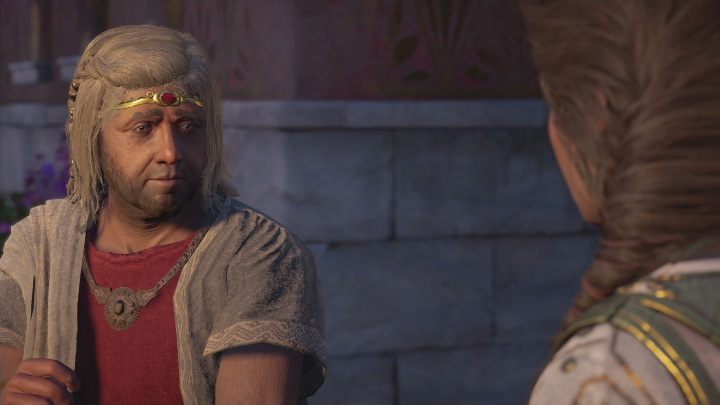 You will start the mission by talking to Hekate. She will send you to the Leader of Devotees. 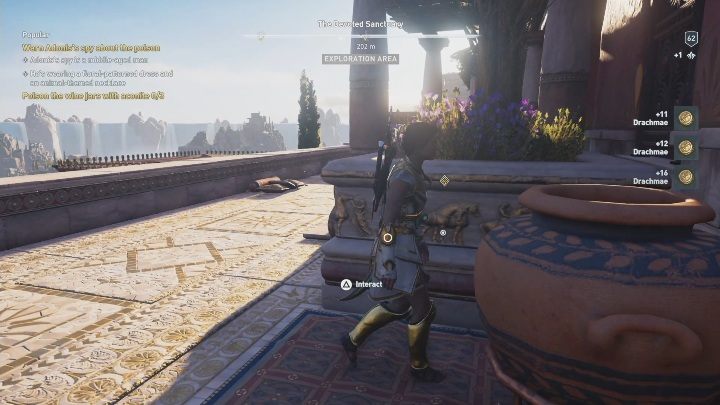 Your first task is to poison the wine. Approach the jars and pour in the poison. 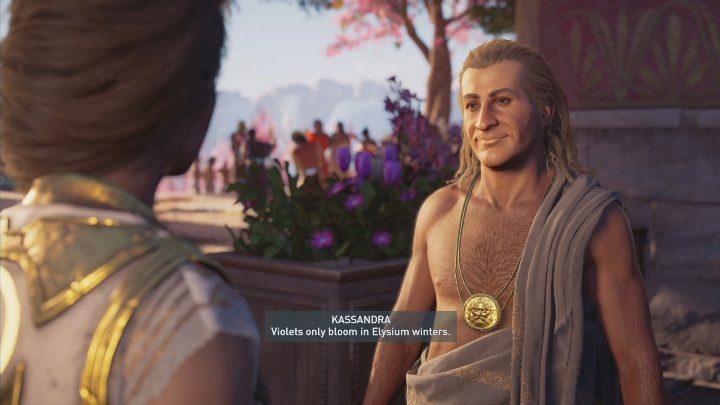 The second task is to talk to people and warn them, and the last objective will require you to talk to an ally of Adonis. After completing the tasks, talk to the Leader of Devotees, and then escape from the location.

The Keeper and Kyros 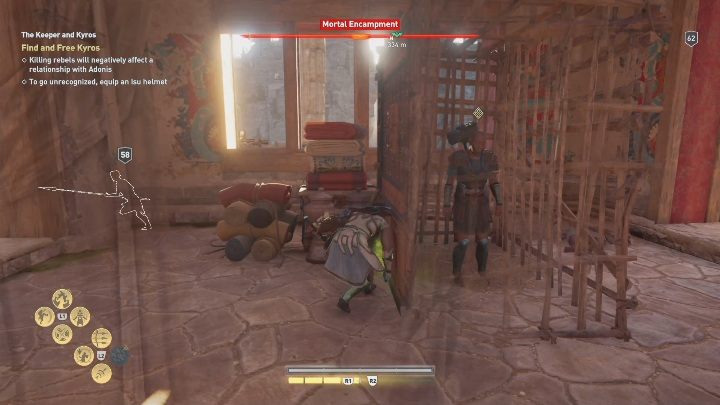 After speaking with Hermes, you must go to Kyros and release him. Remember not to kill anyone along the way, otherwise, Adonis will change his attitude towards you.

After releasing Kyros, lead him to Hermes, and then the mission will end.

The Keeper and the Flame 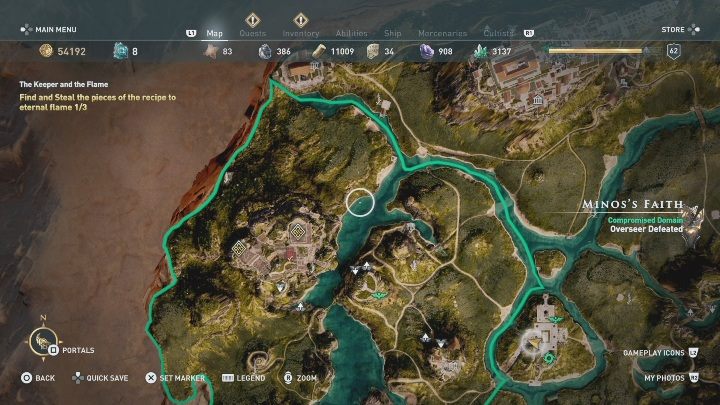 This mission revolves around finding three recipes for Hermes. They have all been marked on the map above.

If you have already found a recipe during your playthrough, it will not appear on the map. 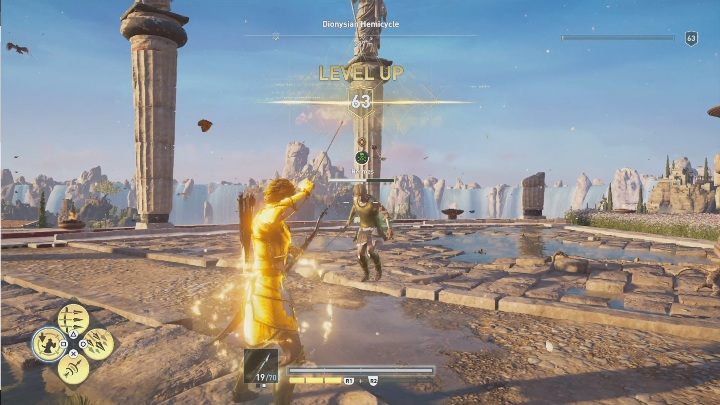 After finding the recipes, return to Hermes. If you do not agree to help him, Hermes will challenge you to combat. However, your duel will be interrupted by Hekate.

A Life for a life 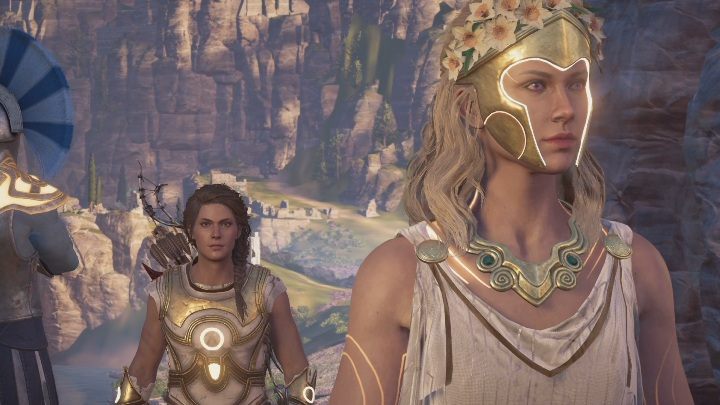 At the beginning of the quest, you will have to talk to Persephone. While talking to her you will have a wide choice of dialogue options. 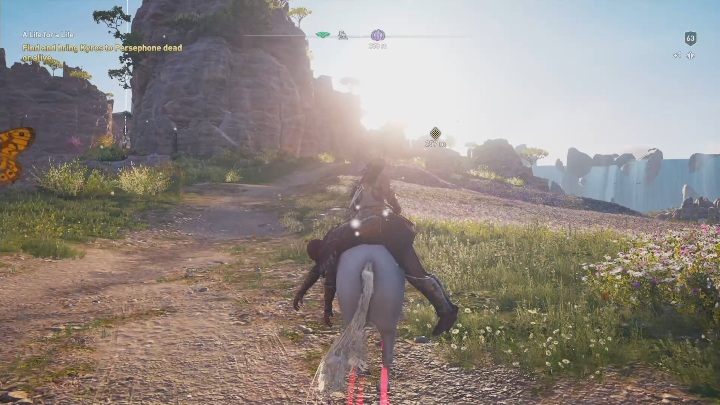 After conversing with the goddess, go to Leonidas. He will send you to Kyros. Deliver him to Persephone dead or alive.

The Beacons Are Lit 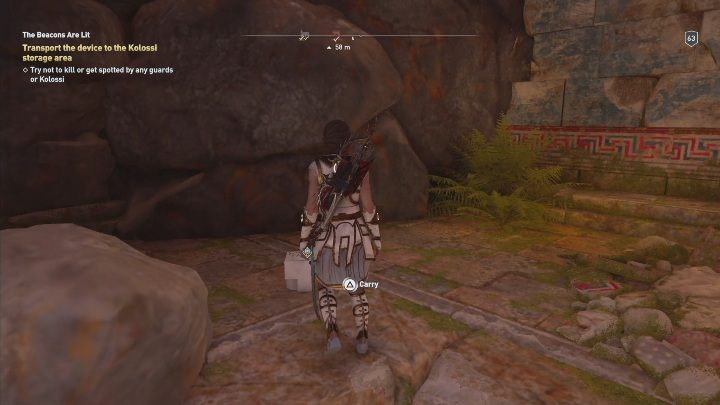 This task requires you to transport an item to the Palace of the Kolossi. You must do this quietly, and without killing anyone.