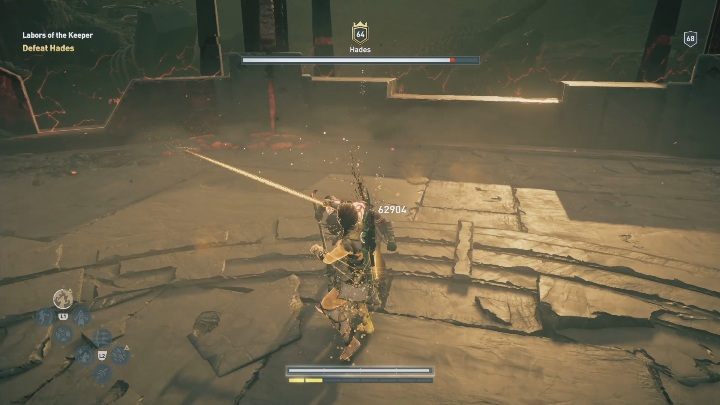 Hades has several impressive attacks that can quickly take away a lot of your health points. One of them is a quick charge. In emergency situations, he runs up to you and stabs you with his weapon. 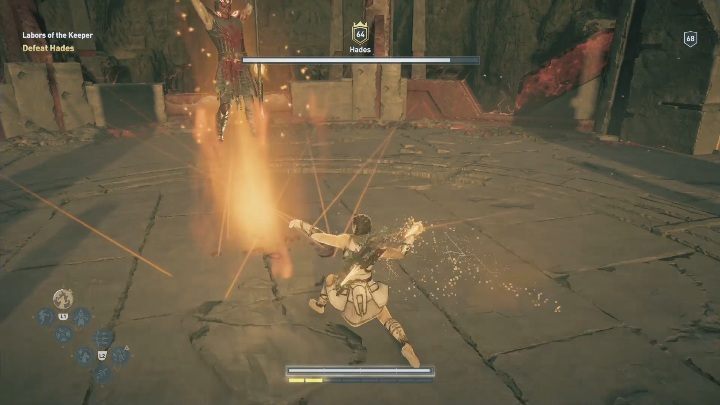 His other ability allows him to create a shield. Hades lifts himself above the ground for a moment and then he falls down and creates a shield. It has the same amount of health points as the enemy himself. 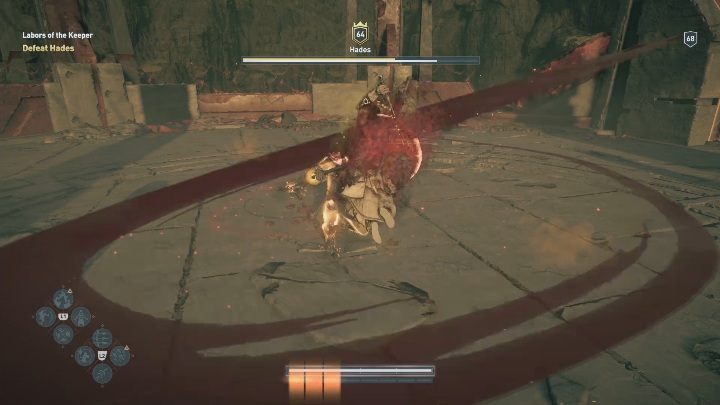 His swings serve as ranged attacks. Hades can come up to you and use a few powerful attacks. Each of them is directed in the other direction - it is difficult to predict where they will hit. 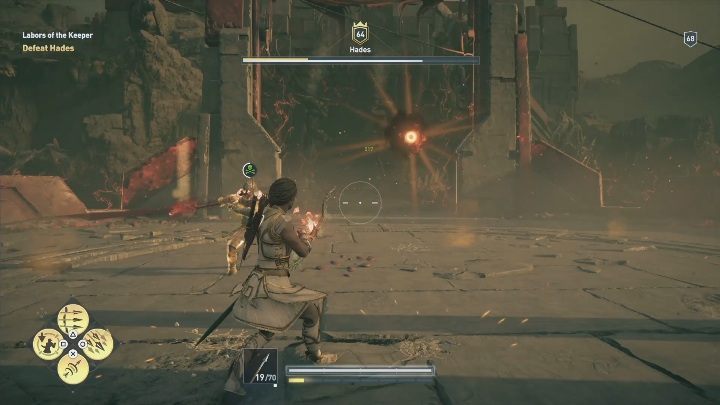 Hades can summon magic spheres that will keep attacking you until they are destroyed. The best solution is to shoot a sphere immediately after it spawns. 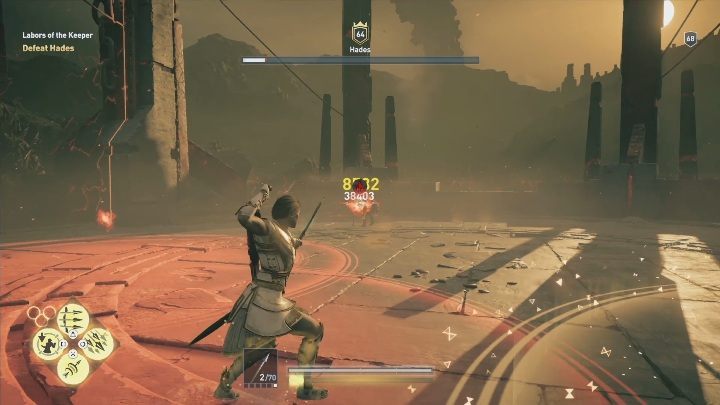 Hades can also shoot fireballs. However, they are easy to dodge - look at the floor to determine their trajectory. 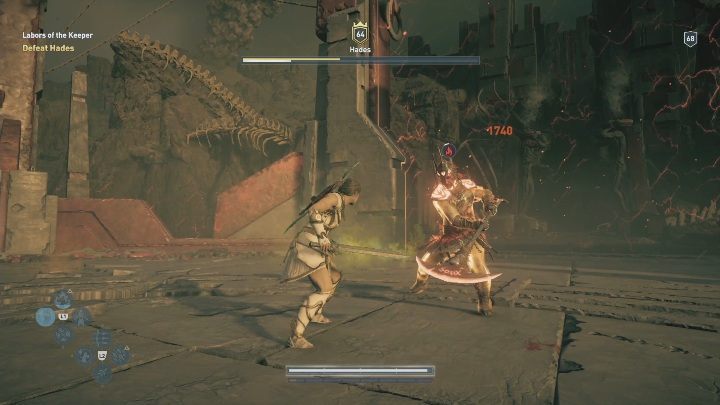 To quickly defeat Hades, you need to aim at his sides or back. If you stand in front of him, he will keep attacking you. Attack him from a side and he will have to move to gain an advantage over you.

After killing Hades, you will return to the original map. However, you can return to Hades' lands any time you want to perform side activities.