Once you get to the underworld in Assassin's Creed: Odyssey Fate of Atlantis - Torment of Hades, you will face a big, three-headed Cerberos. This dog breathes fire from each of its heads. The boss is also much taller than you. 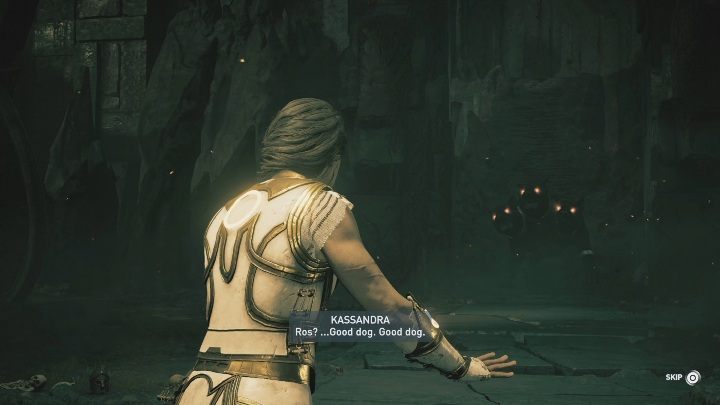 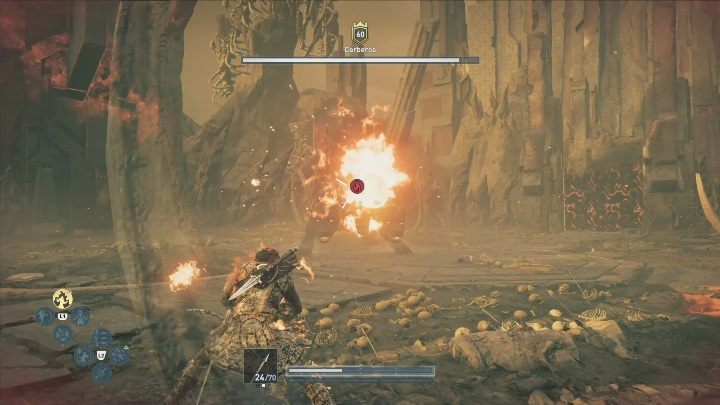 Cerberos has several impressive attacks that can quickly take away a lot of your health points. One of them is a fireball. The projectile travels in a straight path and is always shot from the central head. You shouldn't have problems avoiding it. 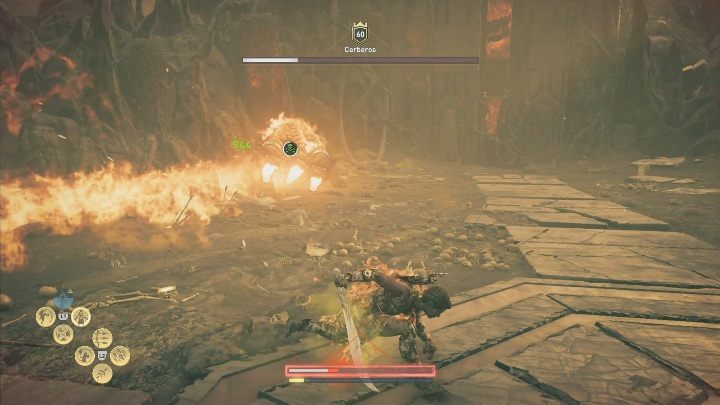 The second attack is much harder to dodge. Fire comes from all three heads - it covers a lot of distance and surrounds the enemy. Wait until the fire goes out before you get close to the enemy. 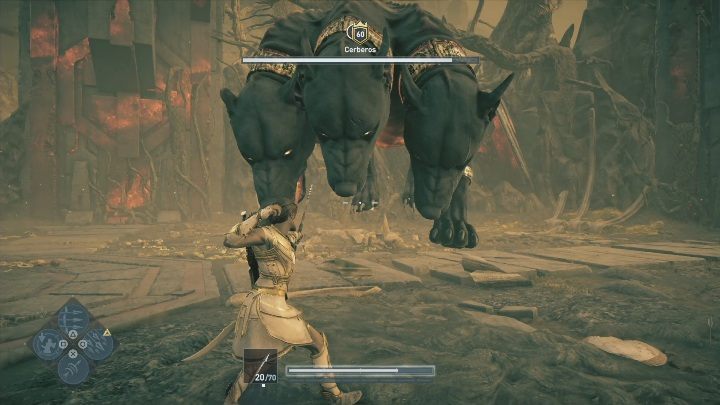 The next attack is a leap. Cerberos can jump away from you at any time - the boss can use this attack to avoid damage. However, Cerberos can also jump towards you and deal massive damage. 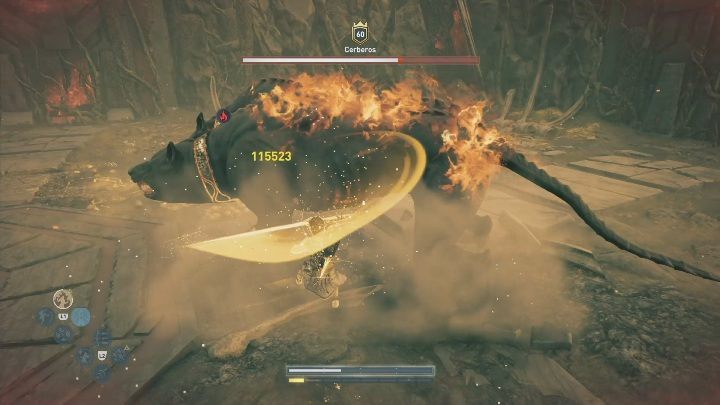 The best way to deal with this monster is to attack its belly and legs. All you have to do is run up from the side and hit him with a sword or spear. 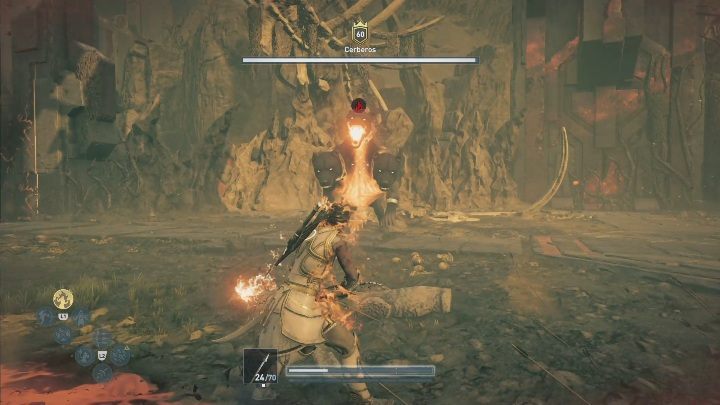 It is also easy to shoot directly at the beast's belly with a bow. This way you will avoid damage and destroy your opponent.

After killing Cerberos, you will get access to the whole land.