The second part of Assassin's Creed: Odyssey Fate of Atlantis begins with The Second Calling mission. The goal of this quest is to get into Hades' territory. 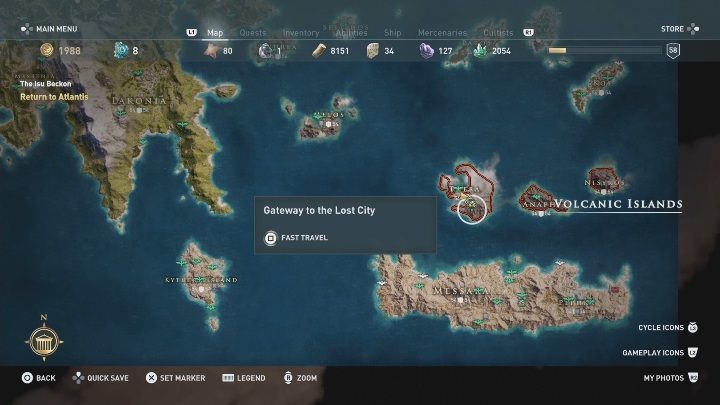 As before, the entrance to Atlantis is on Thera island. It is one of the Volcanic Islands located in the eastern part of the world. 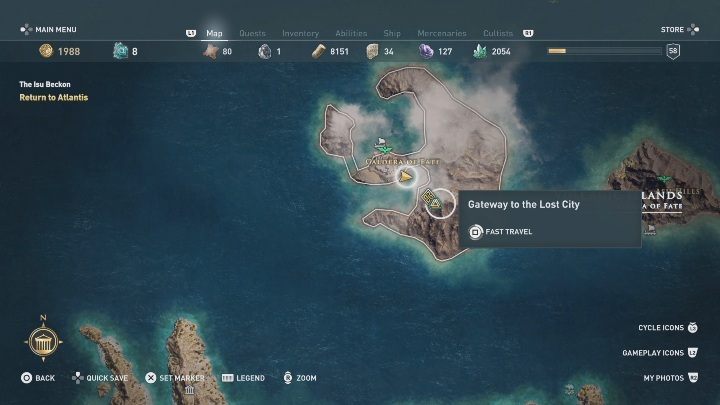 To get to the gates of the ancient city, you need to go to the Gateway to the Lost City. The mission will start automatically. 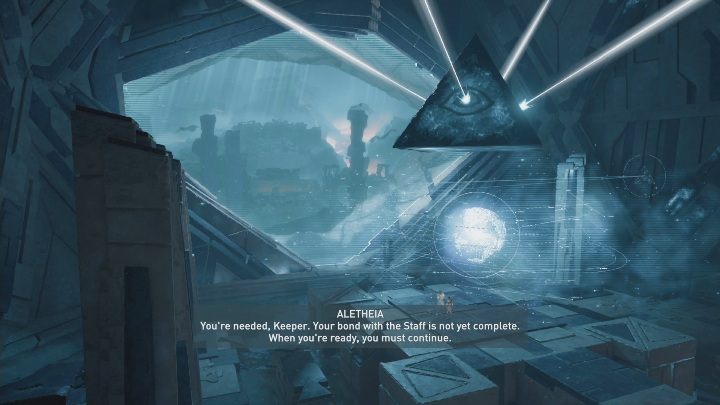 After entering the Gateway to the Lost City, you will have another meeting with Aletheia. She will give you valuable information. After that, a passage to another world will open. 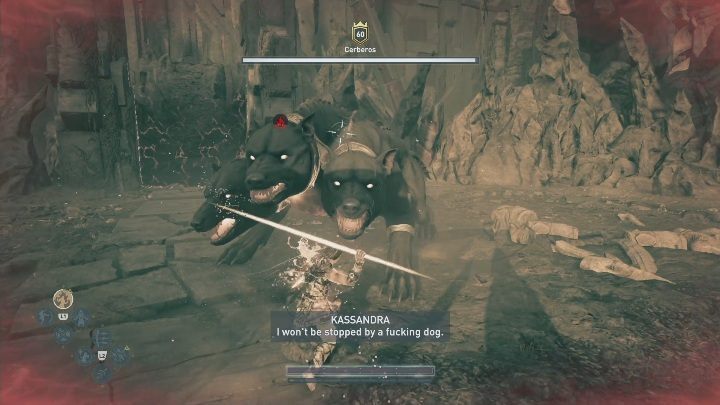 As soon as you go into the underworld, you will encounter the first enemy. You have to defeat a huge, three-headed dog - Cerberos. 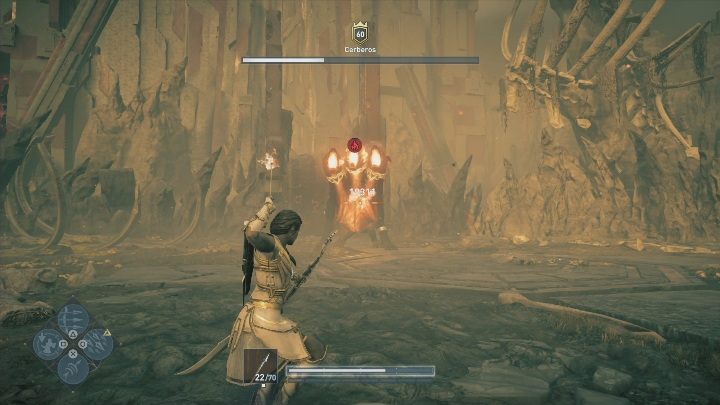 This boss's weak spot is its belly. Try to aim at that body part with arrows or just run under Cerberos and hit him with a spear or sword. You will quickly deal him a lot of damage. 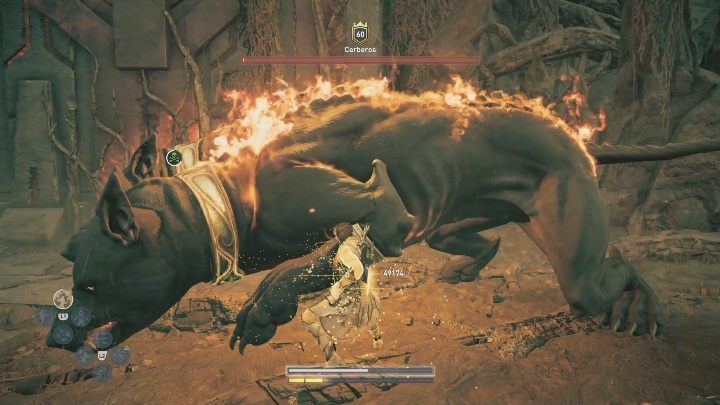 Remember, however, that this a strong enemy with several AoE attacks.

If you want to know what Cerberos's attacks look like and how to defeat him as soon as possible, check out the Cerberos fight page. We have included tips that will help you greatly in defeating this opponent.