In Assassin's Creed: Odyssey Fate of Atlantis you'll encounter Marble Maiden Tributes on Fields of Elysium. Pheraia's Retreat contains six of such tributes. Every one of them will give you an ability point and experience once destroyed.

Statue near the House of the Bloodline 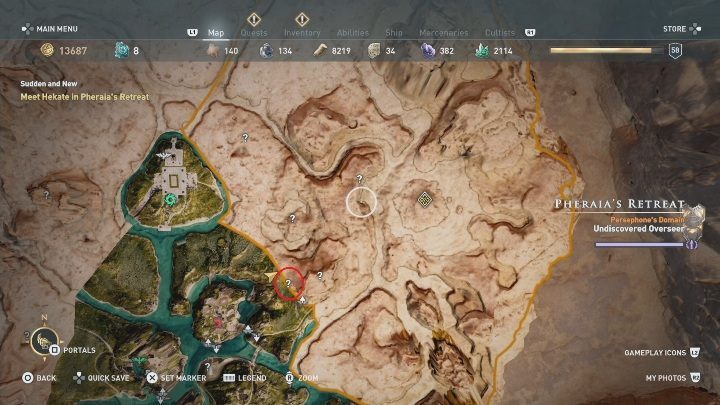 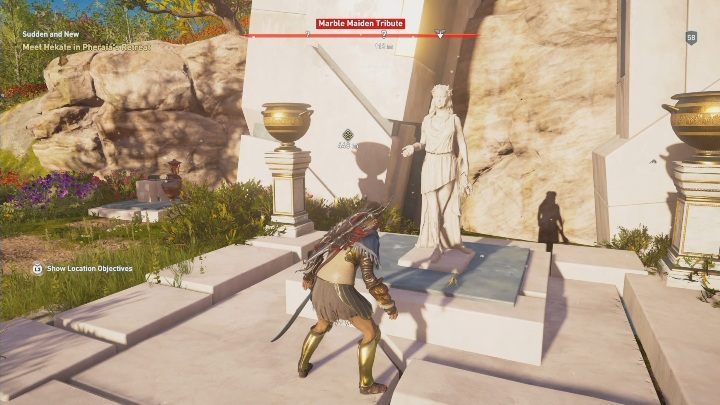 One of the Marble Maiden Tributes is found west from House of the Bloodline. To destroy it, you need to clear the area and destroy the statue.

Tribute next to Dead Heroes Haven 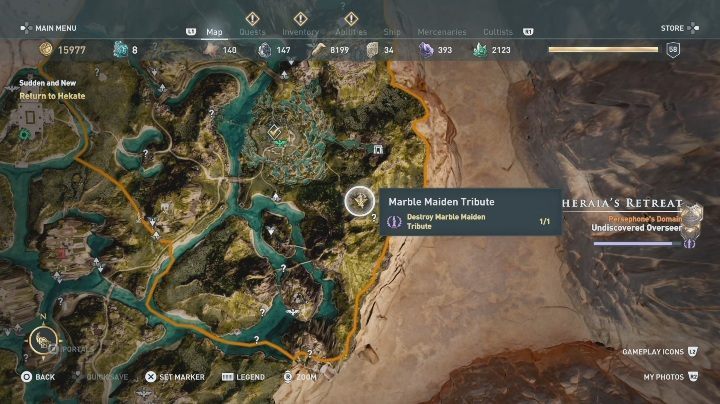 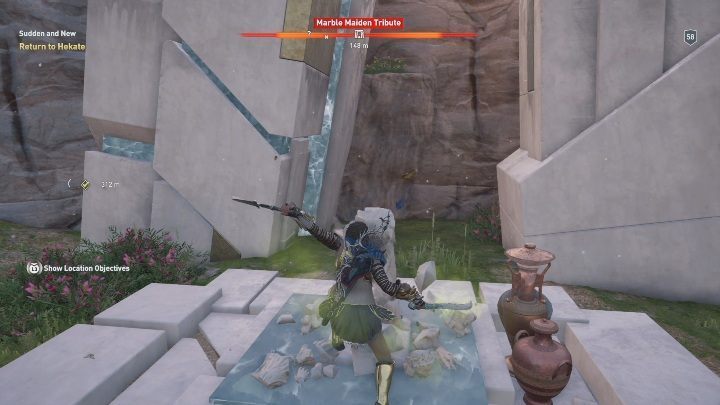 The next Marble Maiden Tribute is found north from Dead Heroes Haven.

Tribute next to Stroma's High Peak 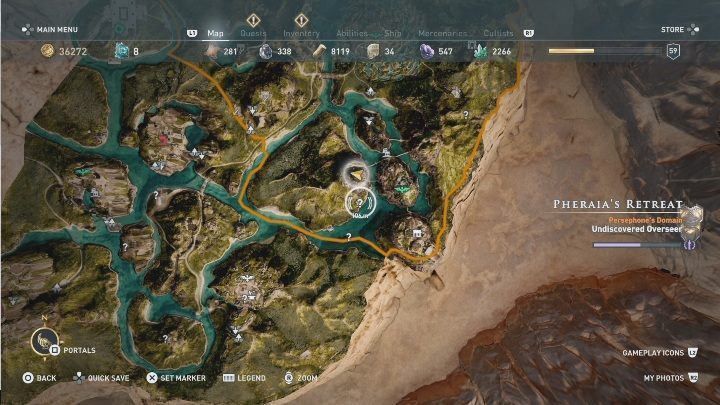 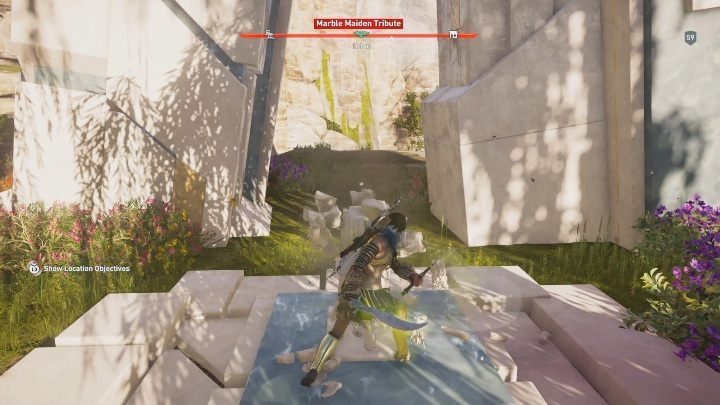 The statue is found west from Stroma's High Peak. It is found next to a cliff.

Tribute next to Heart of Elysium 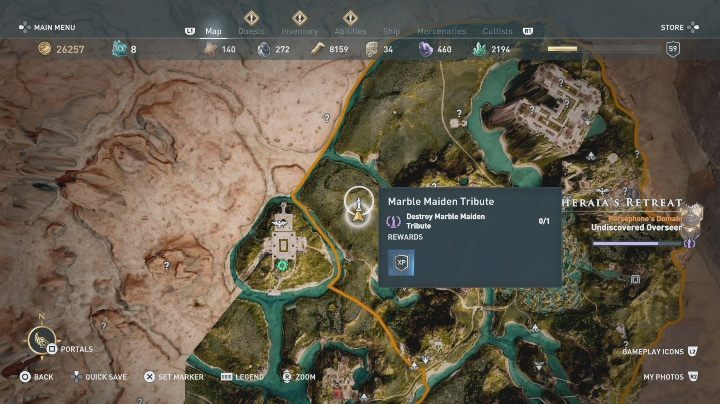 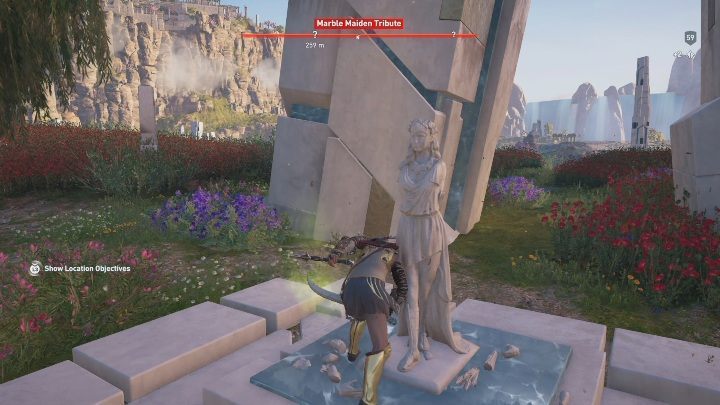 The next tribute is found east from Heart of Elysium. It is found on a hill.

Tribute next to Sacred Sanctuary 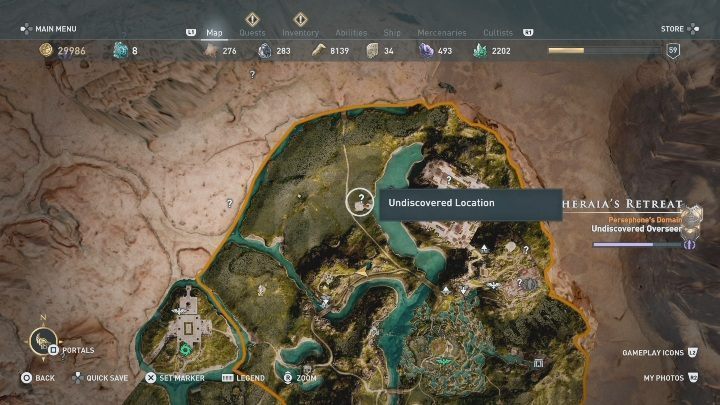 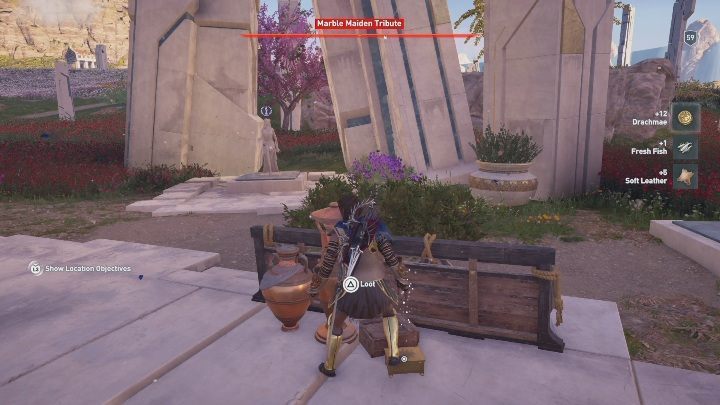 The fifth tribute can be found between the hills, west from Sacred Sanctuary and north from Aconite Flower Bed.

Tribute next to Iphigenia's Compound 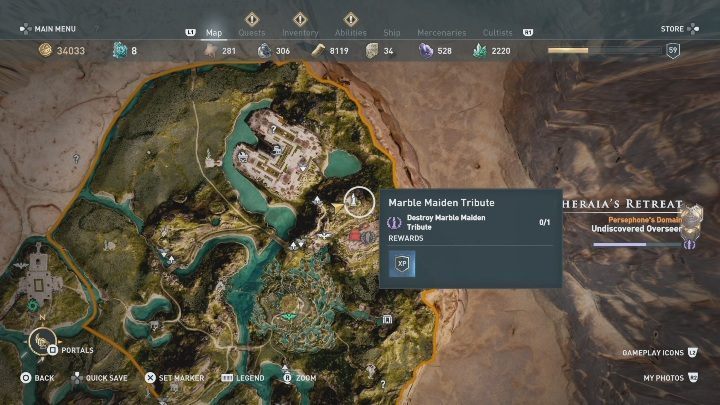 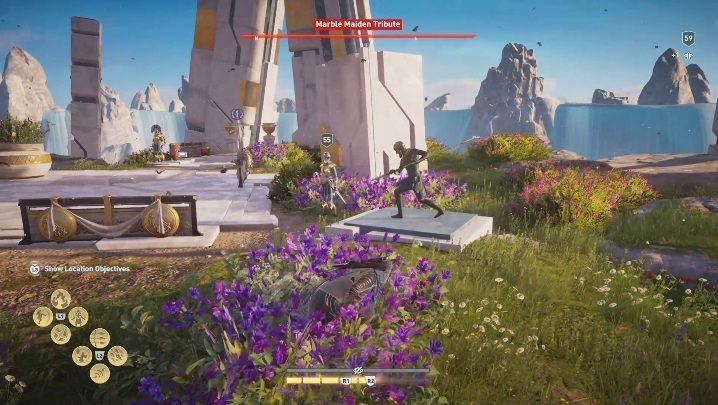 The final tribute in this location is found north from Iphigenia's Compound.