To begin your adventure in mythical Atlantis in Assassin's Creed: Odyssey, you must first complete The Heir of Memories chain quest. These quests have been added in a free update. If you do not complete them you will not be able to start new quests from Fate of Atlantis DLC.

Which quests I have to complete? 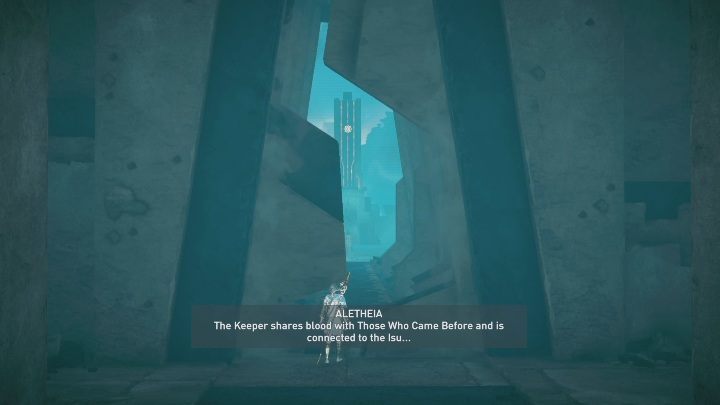 To get to Atlantis you have to complete some quests from the free DLC.

After completing this quests, a new task will appear on Thira island.

Where is the entrance to Atlantis? 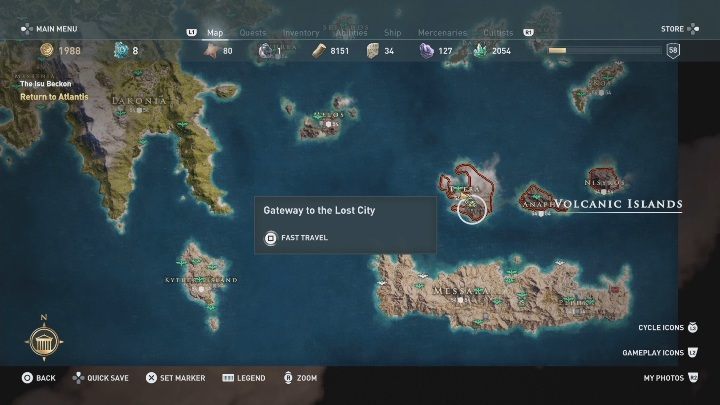 Entrance to Atlantis is located on the Thira island. 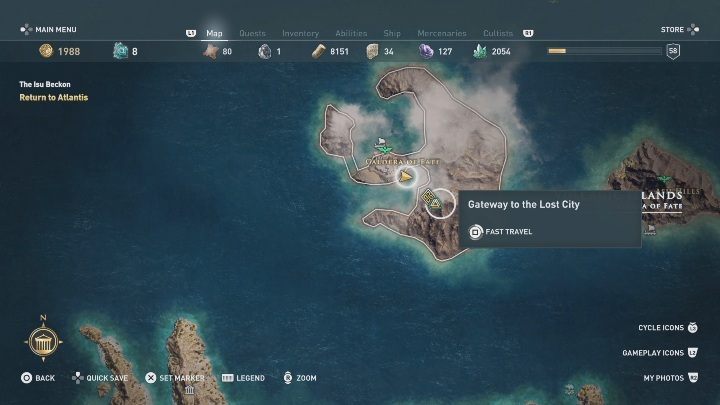 To get to the gates of the ancient city you need to move to Gateway to the Lost City. This will automatically start the quest.