The quest Three Symbols Entombed in Assassin's Creed: Odyssey is divided into three quests: The Agamemnon's Symbol, Eteokles Symbol and Orion's Symbol. Each of these quests involves exploring the tomb and finding a mysterious symbol. 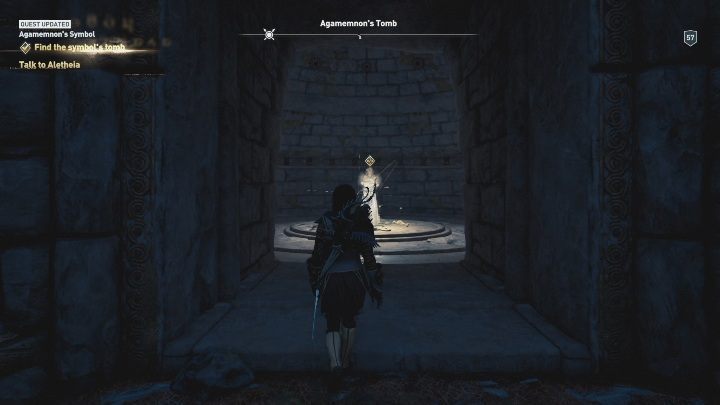 Agamemnon's Tomb is located in Argolis. Aletheia will be waiting for you in this tomb. After a conversation with her, you will exit from the simulation and explore the tomb in Layla's body. 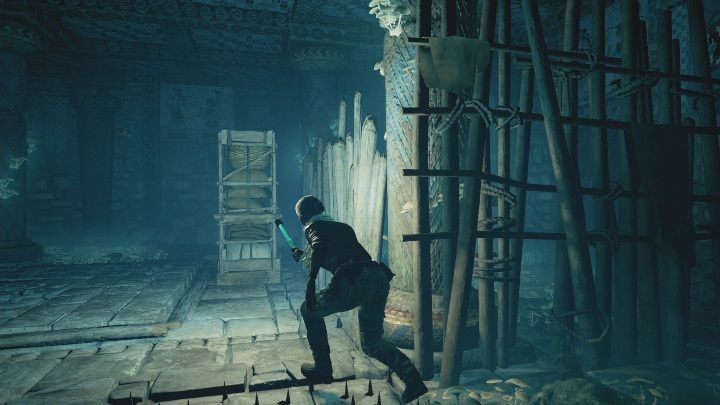 Move along the tomb. After a while, you'll see a blockade made of wooden boards. To jump over them, place the shelf in front of the blockade. Then jump on it and jump on the other side. 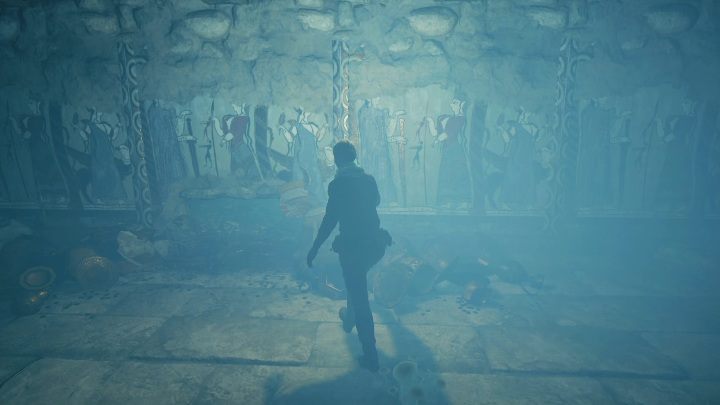 When you enter a room with a hole in the floor, turn right and break the vases that lie there. 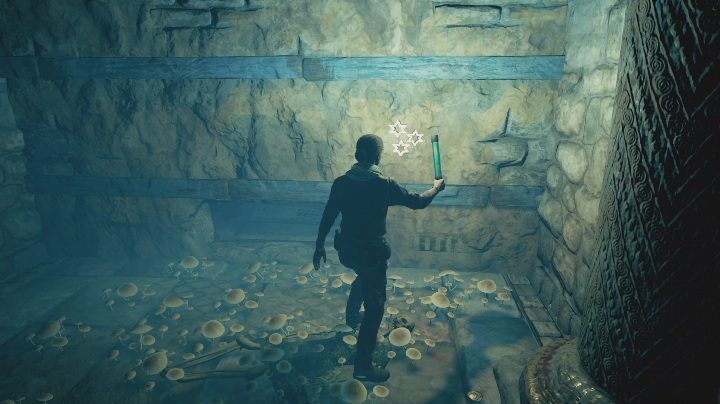 There, on the wall, you'll find three white stars. When you look at them, the mission will end. 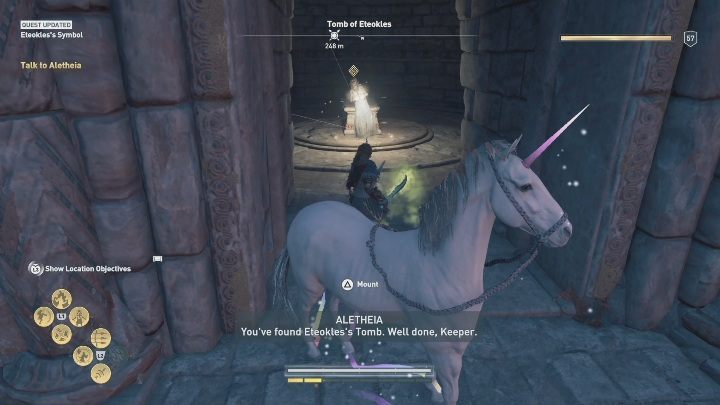 Aletheia is also waiting for you in the tomb of Eteokles. After talking to her, you will come out of the simulation again. 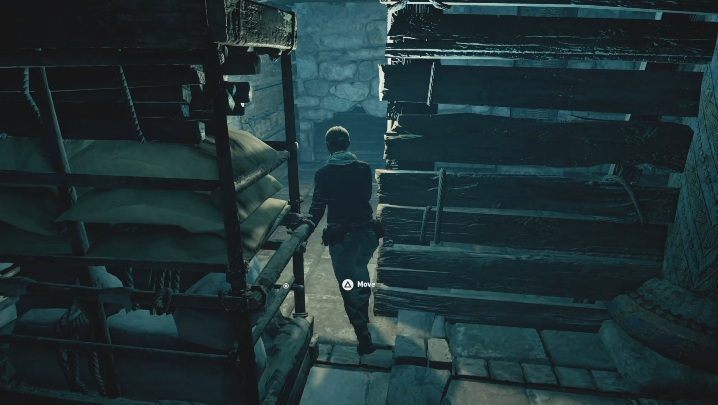 Go down to the bottom of the tomb. There you will find shelves that will block your way. Move them as on the screen above to get to the next room. 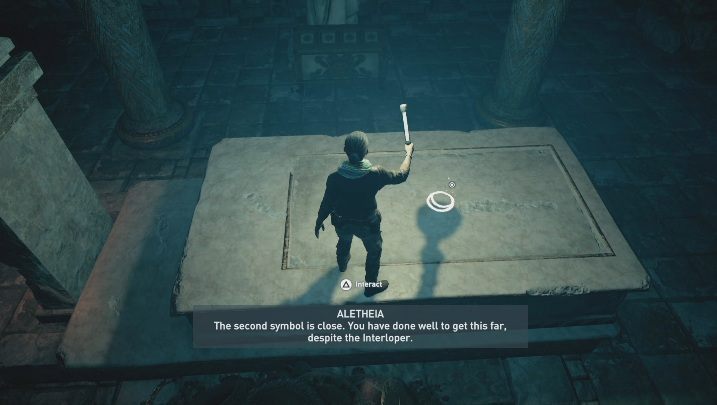 There's a symbol on one of the tombs. Take a look at it and the quest will end. 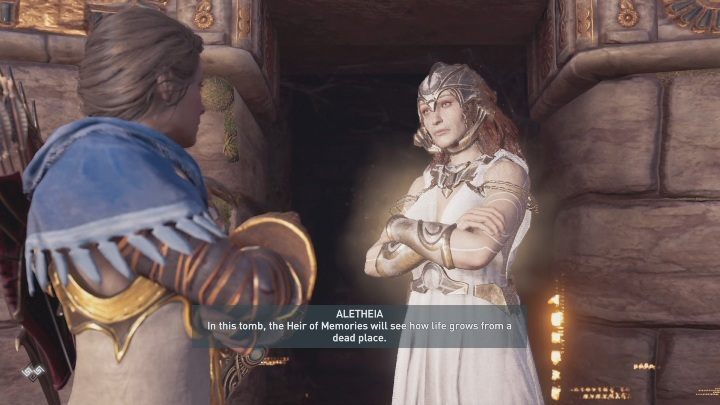 You'll find the last tomb in Boeotia. Aletheia will also be waiting for you there. 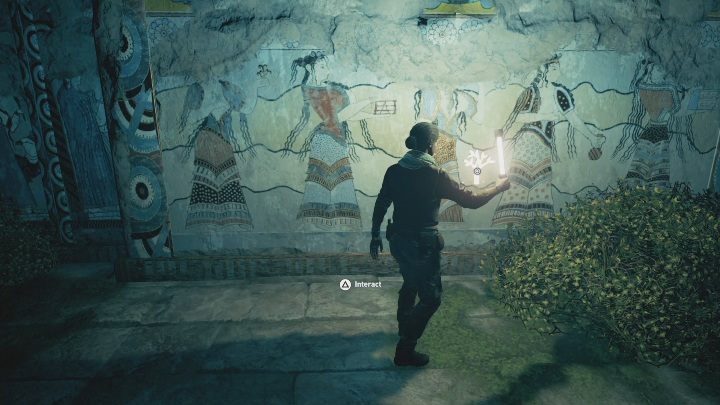 In order to discover the symbol you have to get to the top floor of the tomb. Jump on a shelf that will allow you to get to the top. There is a tree symbol on one of the walls. Once you have collected all three symbols, you will return to the simulation, but with locked controls. Your character will beat the man to get information what is going on. But you won't be able to stop him.

Once you have collected all the symbols, you will complete this quest. To continue your Atlantis related quests, download the Fate of Atlantis DLC.