The following chapter of our guide to Assassin's Creed Odyssey contains a list of all missions and quests that have been added to the game in The Show Must Go On adventure. It's the first adventure of The Lost Tales of Greece expansion. During this adventure, you assume the role of Leonidas, taking part in the battle of 300.

The Show Must Go On 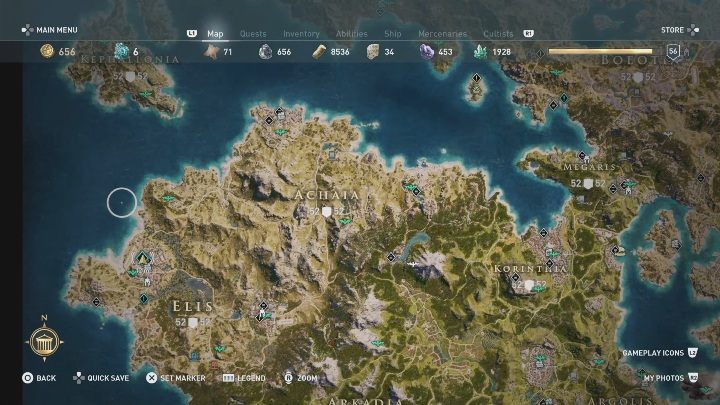 Your adventure begins in Elis. 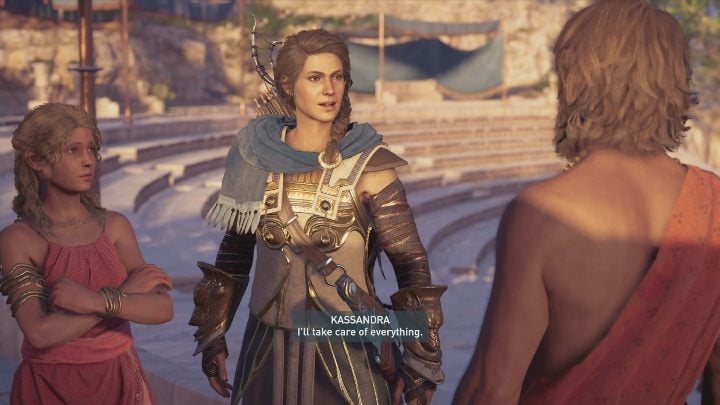 To begin the mission, you need to speak to Thespis. They will introduce you to the story and ask for help. 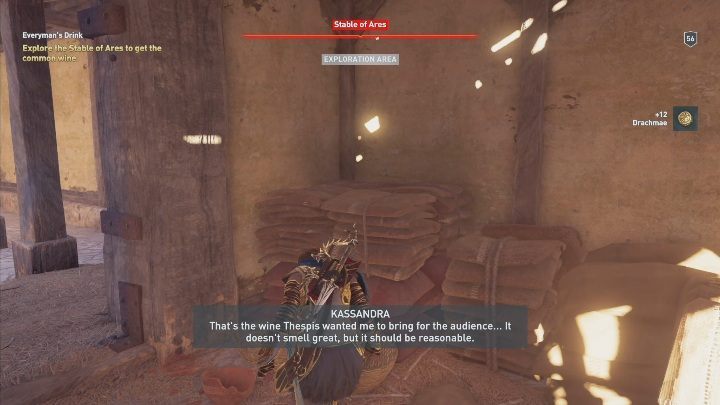 After talking to the man, you embark on a search for unique wine. You can find it in Stable of Ares. To get it, try to approach and get through the base quietly to get the sought item. Once you get the wine, return to Thespis - this will end the mission. 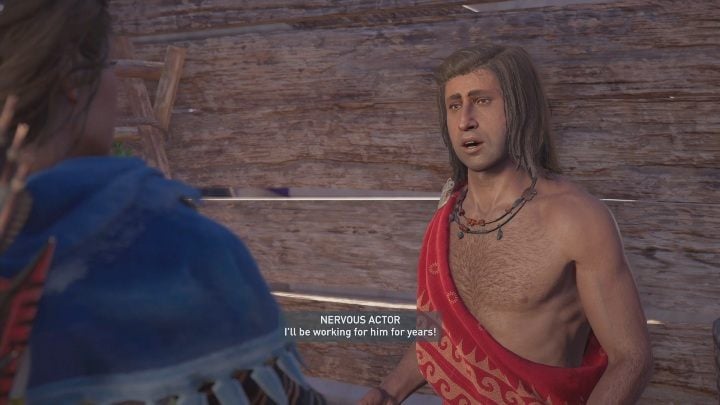 Your next task is to find actors. One of them can be found in the Kingdom of Pelops. 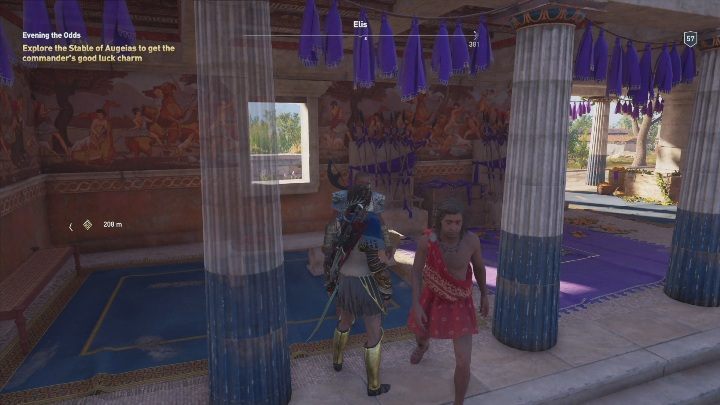 Talk to him, then talk to Taures. Negotiate freedom for the actor or simply kill him.

The Curse of Fame 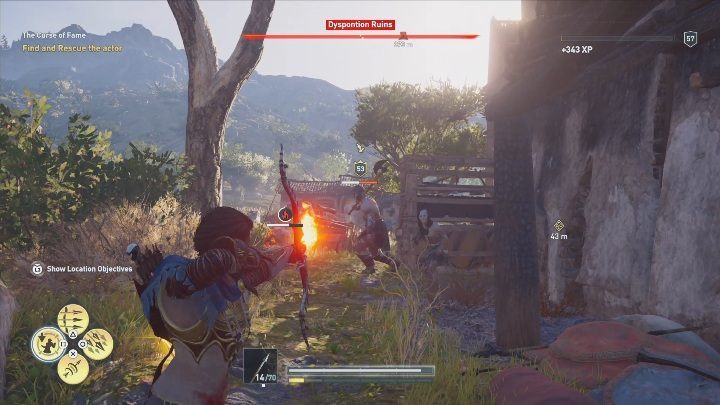 The next actor is found in Dyspontion Ruins. 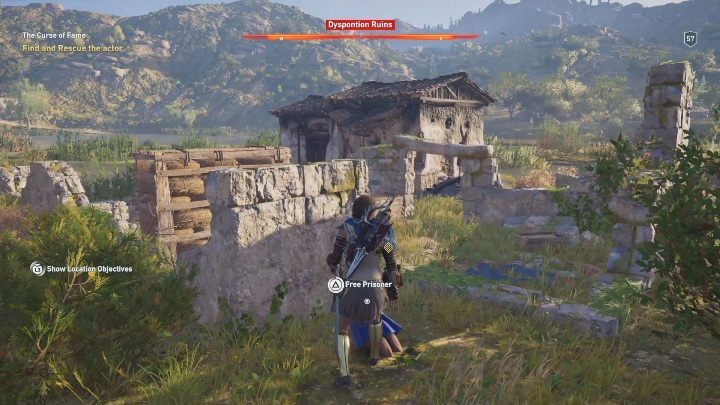 The actor is tortured by a group of enemies. Kill them, then free the actor. 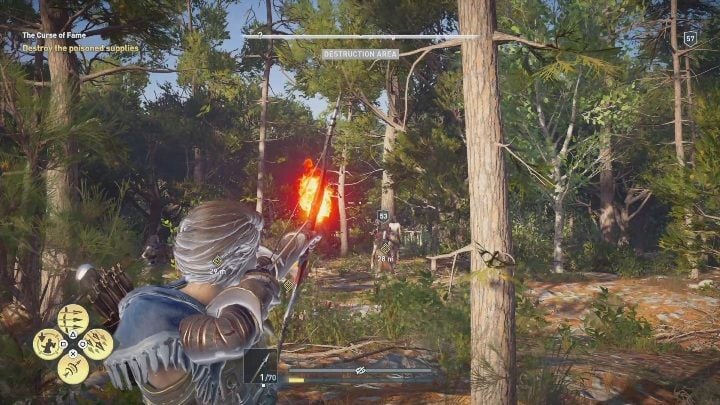 After talking to the man, make the choice - you can either kill the witch or destroy the supplies. Talk to the actor after completing the task - this will end the mission. 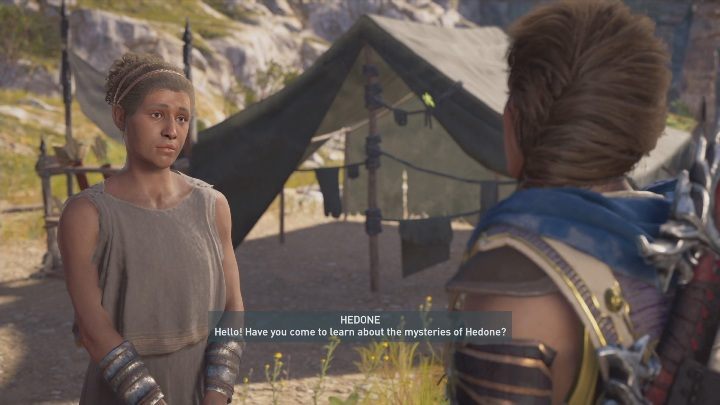 The final actor is praying at Spring of Piera. Proceed there and talk to one of the women. 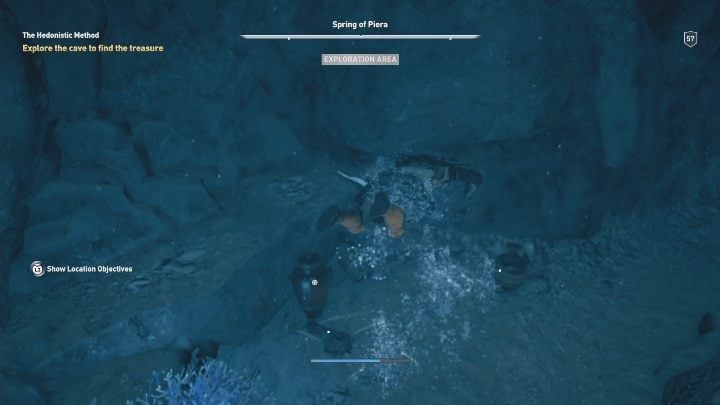 To reach the man, you first need to perform a jump from the waterfall, then visit the cave to find the treasure. Once the task is done, return to the woman. 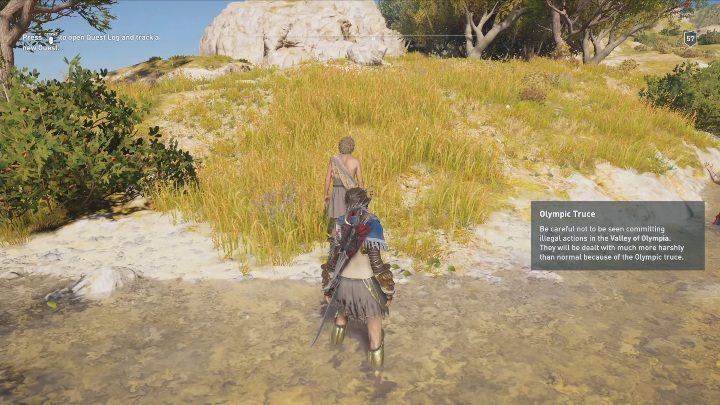 Talk to all members of the brotherhood to find the actor. Convince him to take part in the play. 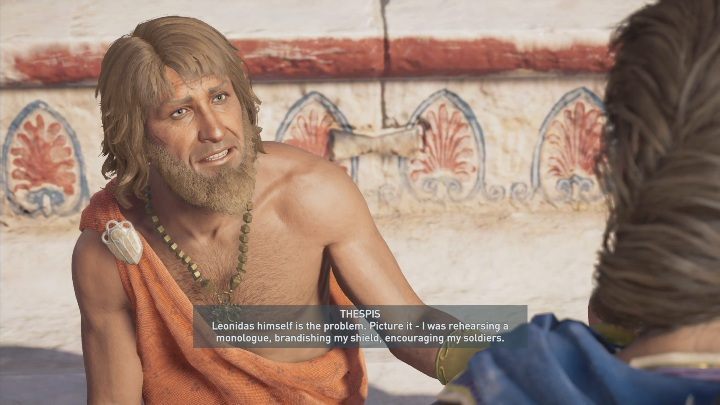 This task begins with a conversation with Thespis. 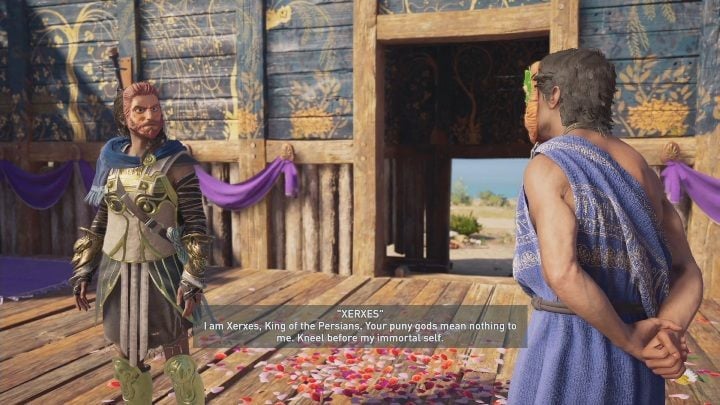 Proceed to the stage to take part in the play.