The third episode of Assassin's Creed Odyssey: Legacy of the First Blade has seven new cultists - the Order of Dominion. You eliminate them during main and side missions as well as during exploration of the world. This page contains information that should help you unlock the cultists, and tips on how to defeat them.

This fight happens during the second main mission in Assassin's Creed Odyssey: Legacy of the First Blade - A Flight in Fire. 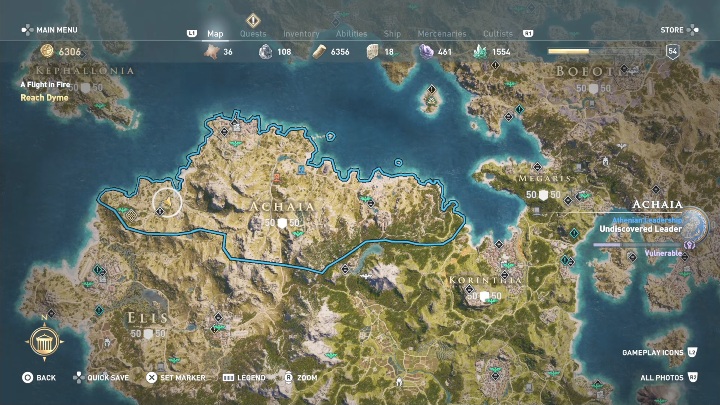 The objective in that mission is to enter the village and defeat the enemies. 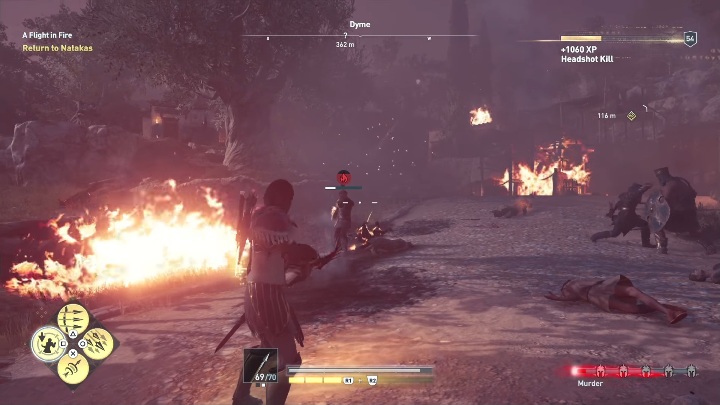 The fight with the Immortals takes place in the last part of the mission. 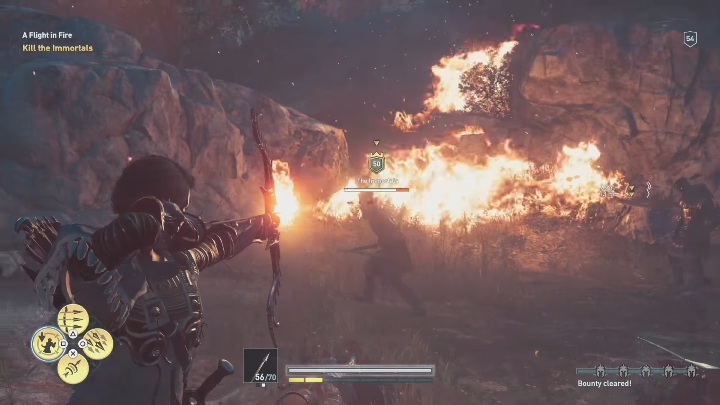 Kill the Immortals to end the mission.

This enemy appears in The Ordering of the Kosmos mission. 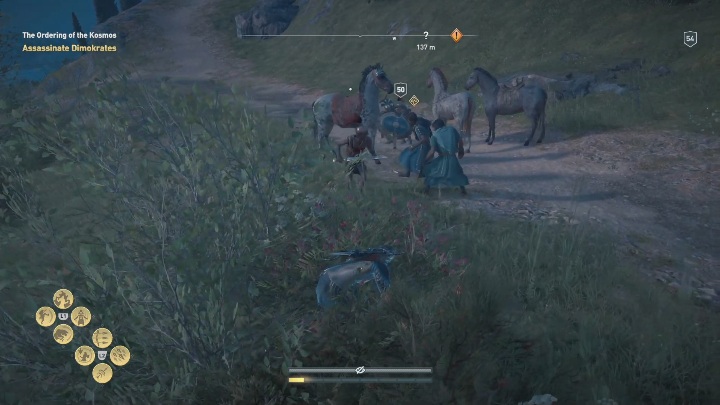 You have to collect information by following a group of men. Eavesdrop the conversation to learn about another cultist - Dimokrates. Follow him and eliminate.

You meet Gergis during The Last Magi mission. You kill him at the end of Smoke and Fury quest. 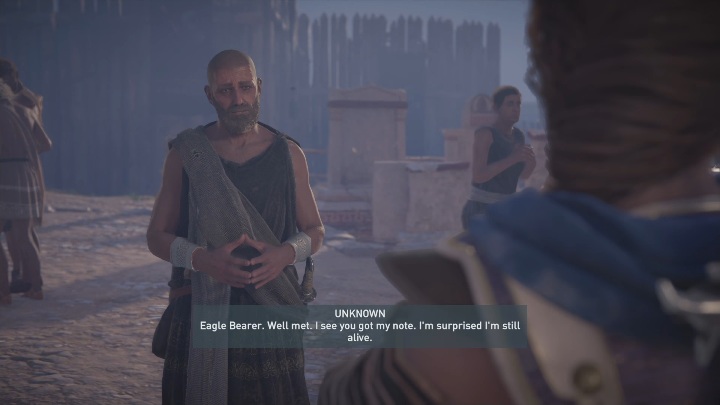 You start The Last Magi by visiting the cemetery. There, you will meet the cultist for the first time. 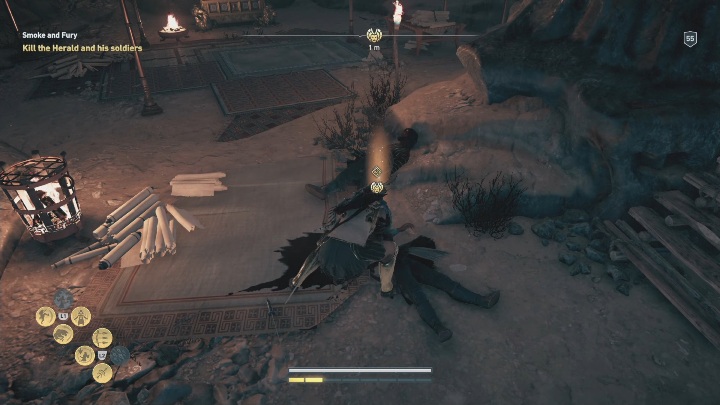 Defeat Gergis at the end of Smoke and Fury main quest. The fight takes place inside the cave. Kill him to complete the mission.

Amorges, the Tusk of Persia

Legacy of the First Blade is the last mission of Bloodline, the third Assassin's Creed: Odyssey DLC. Your first objective is to go to the Temple of Zeus. 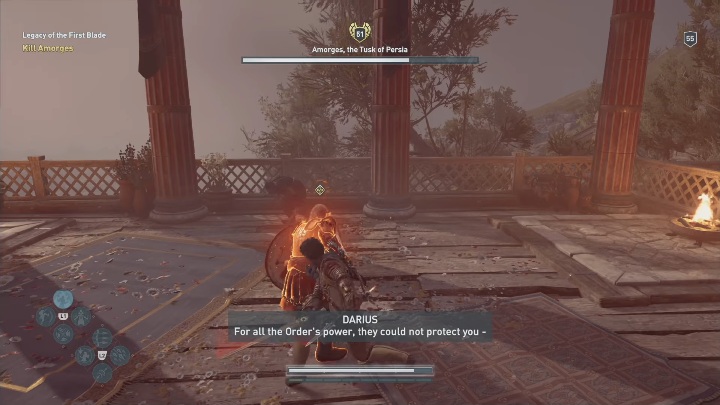 There, you will face the Order's leader. The best tactic is to run away from the enemy and shoot him with fire arrows. 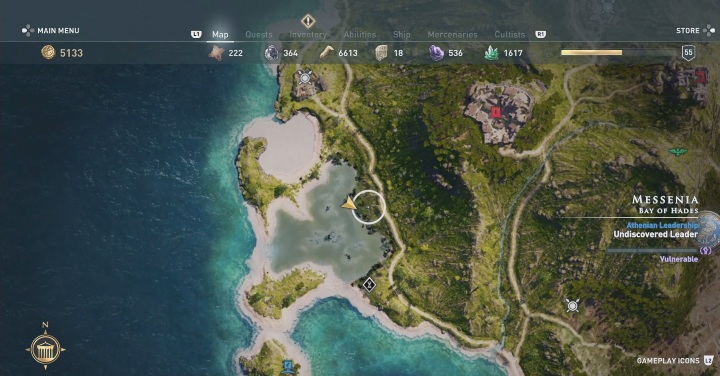 You need to find the right clue to learn this cultist's identity. The note is on the beach in Messenia, on one of the corpses. 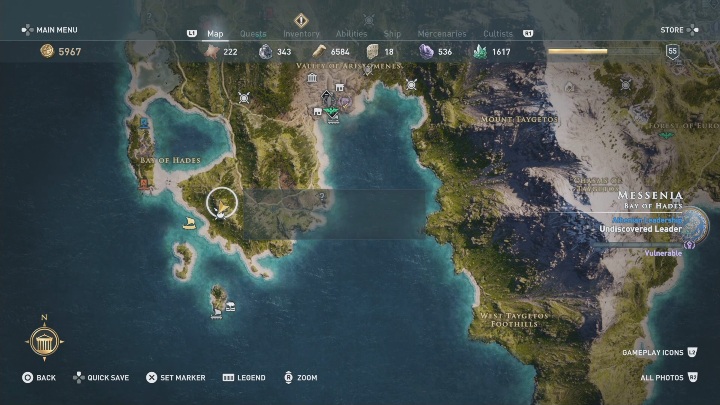 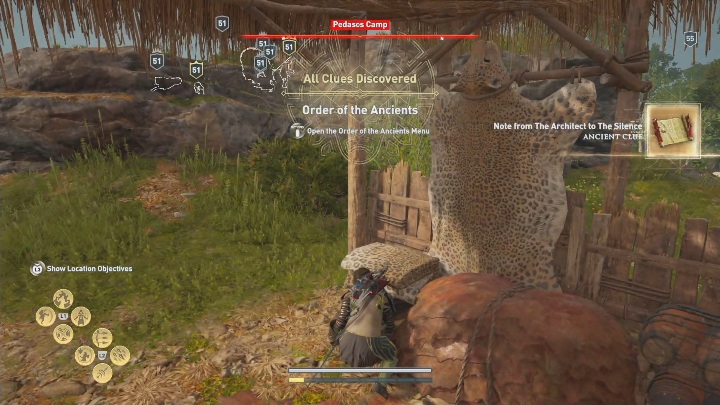 You need to find the right clue to learn this cultist's identity. The note is in Pedasos Camp, on top of a pile of skins. 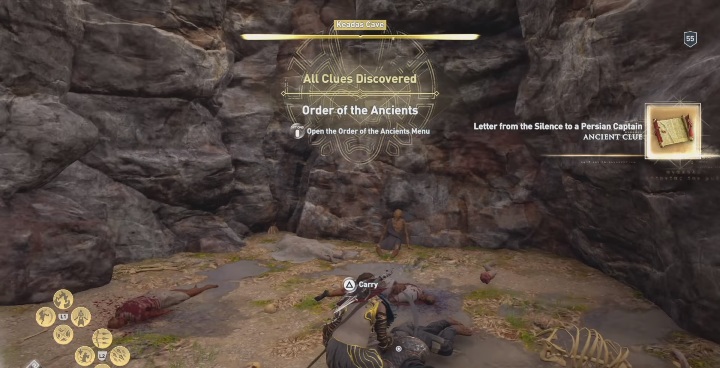 This clue is at the bottom of Keades Cave.