Thyia is a young woman in Assassin's Creed: Odyssey, appearing in missions related to the history of Daughters of Lalaia. She is the sister of the Magistrate Periktione, for whom you perform tasks. The game allows you to have an affair with this character. On this page you will find complete information on where to find Thyie and what steps to take to have an affair and sleep with the woman.

An affair with Thyia is available for both Alexios and Kassandra. In both cases you do the same thing as described below. 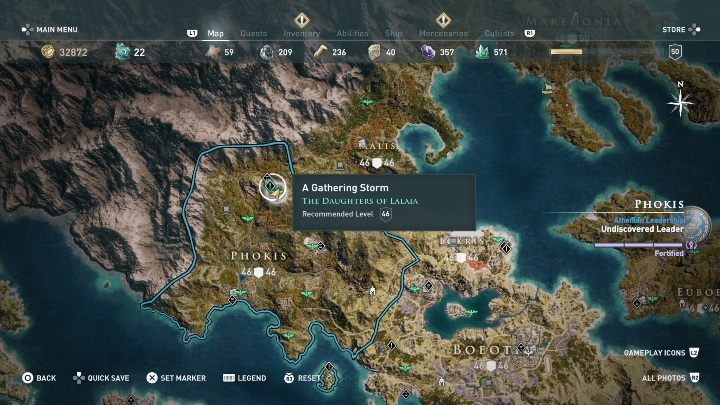 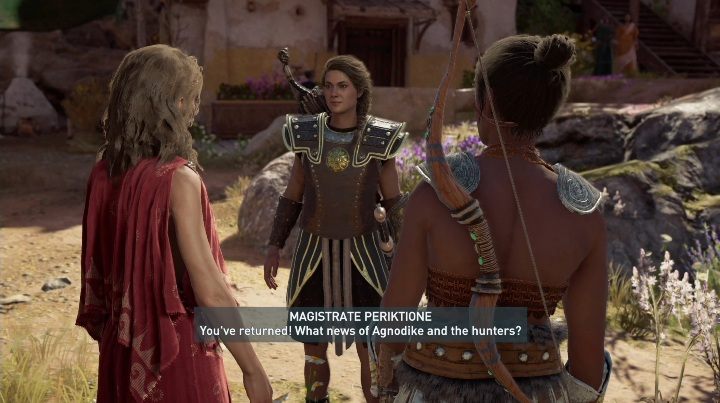 You will find her in Phokis after completing the first mission from the adventure of Daughters of Lalaia. Towards the end of the first task - A Gathering Storm - you'll meet Thyie. 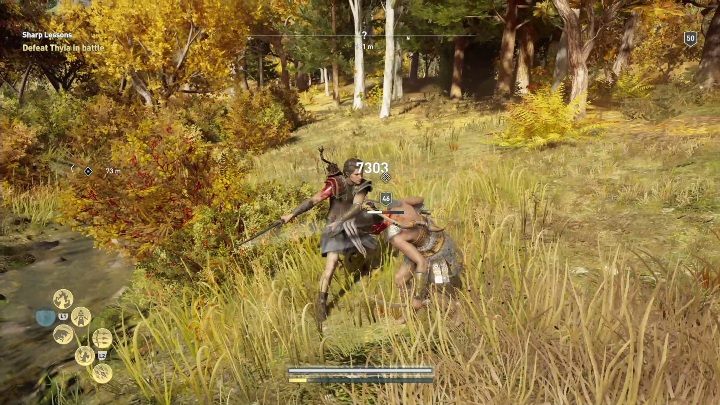 Your next task will be Sharp Lessons mission. During this mission you will have to face Thyia in a dueal. After the duel, the mission will end and Thyia will talk to you. 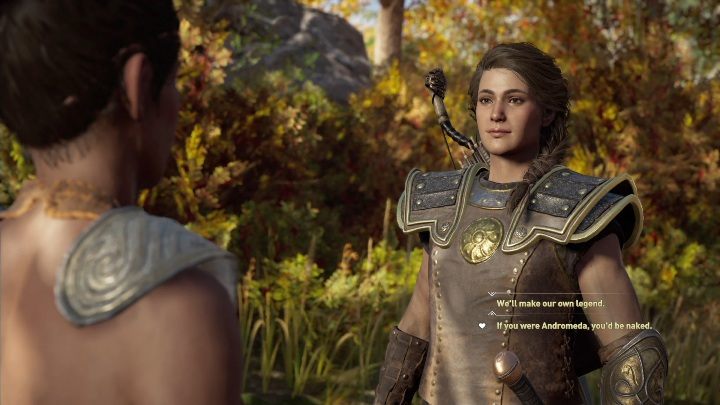 During this conversation you will be able to take the first step towards a romance with this woman. In the course of this conversation, a dialogue will appear, allowing you to establish a romance "if you were Andromeda, you'd be naked". It will be marked with a heart symbol.

Further conversation has no influence on the romance with the character. 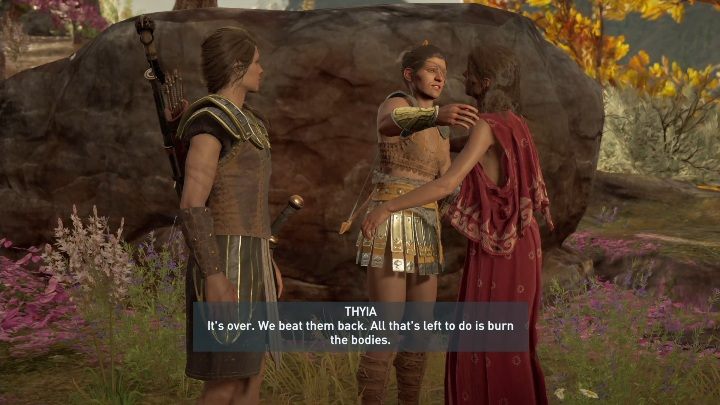 You can only ignite the affair at the end of your adventure, after completing the Blood for Aphrodite task. During the conversation with the Magistrate Periktione, Thyia will announce that she is going to wait for you by the waterfall. 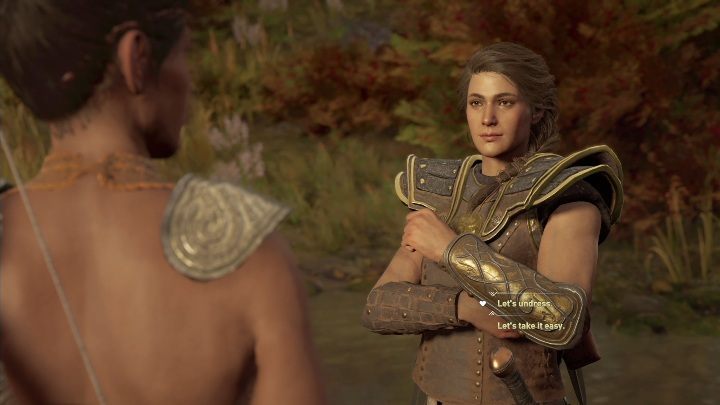 During the conversation you will be able to launch the romance. Just use the "let's undress" interaction, marked with the heart icon. This will be the last choice during the mission. 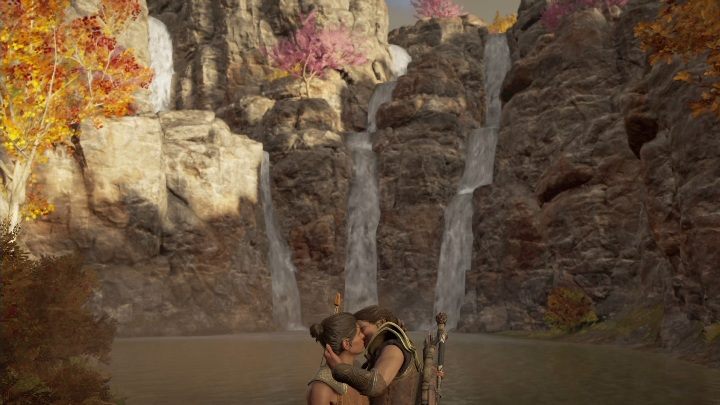