The Protector of Persia is the last quest of the first chapter of Assassin's Creed Odyssey: Legacy of the First Blade. To start it, get to the forest, where you'll have to face the enemy. 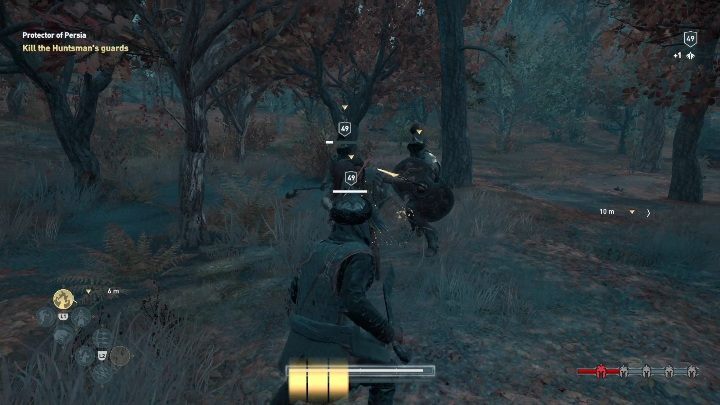 Before the combat with the main opponent, you must first kill his companions. But be careful not to lose too much life or ammunition on them. 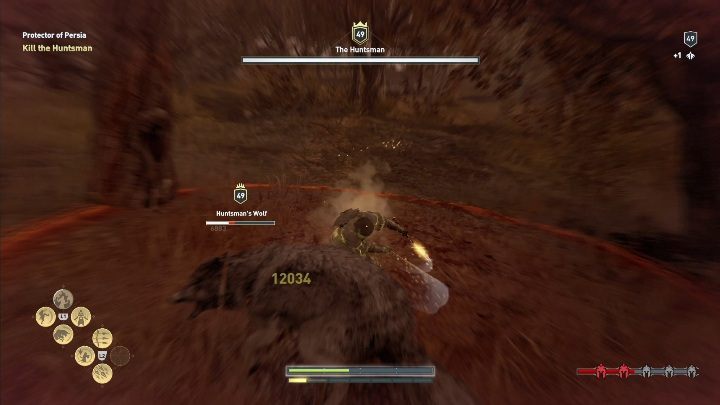 Huntsman is not a difficult opponent, but the fight against him can be long and unpleasant. This character can disappear and throw smoke grenades. It's quite easy to lose sight on your enemy.

The first thing you should do when you start fighting with him is to kill his wolf. 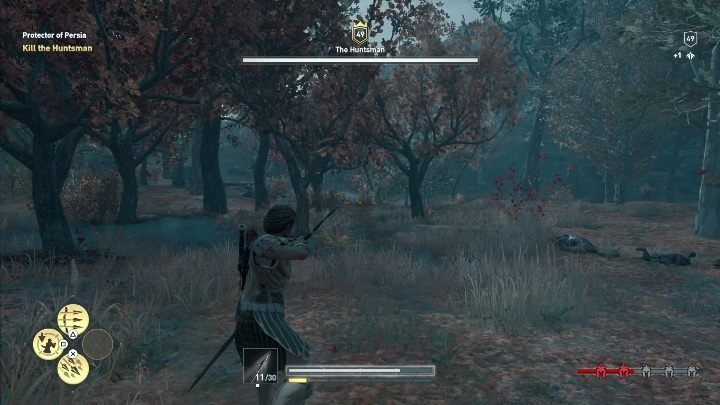 Then quickly find your opponent and bombard him with a series of arrows. This should weaken him significantly. Remember that he will only appear when you hit him with a melee weapon. 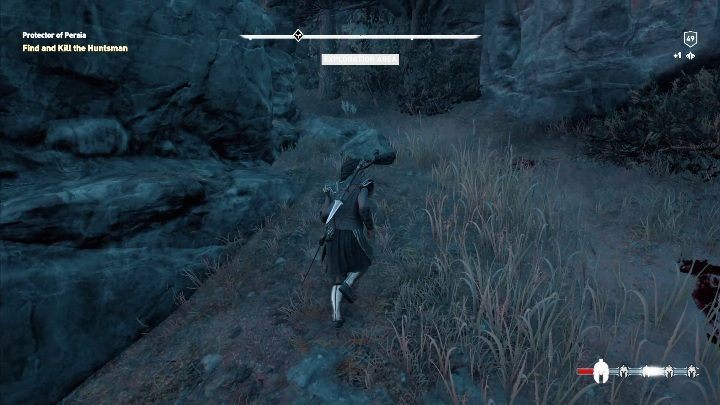 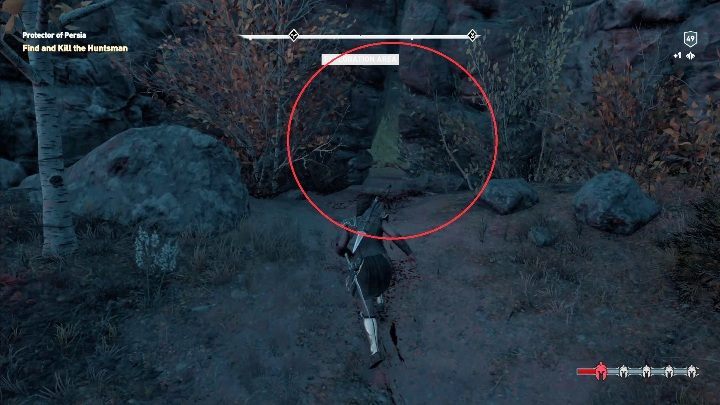 After losing the half of his life, the opponent will flee. You must find him in the surrounding cave. The way to the cave is shown on the screen above. 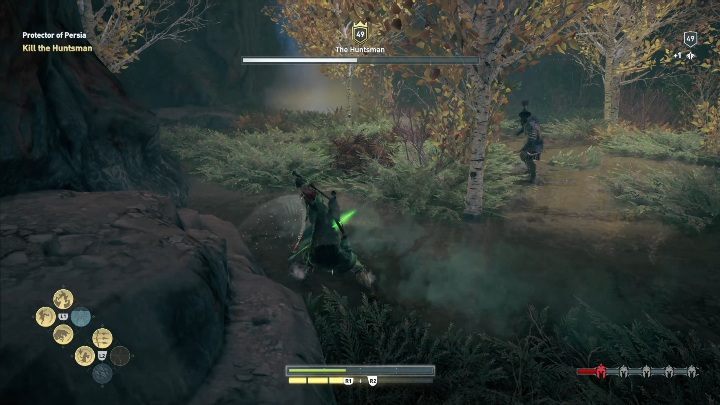 Inside the cave the final battle with your opponent await you. Focus on him so you don't lose sight of your enemy. He no longer has a large number of health points. A few strong blows should weaken him sufficiently.

During the fight the opponent will send his wolves at you - these should die from 2 blows with a good weapon. So, they are not a real threat to you. 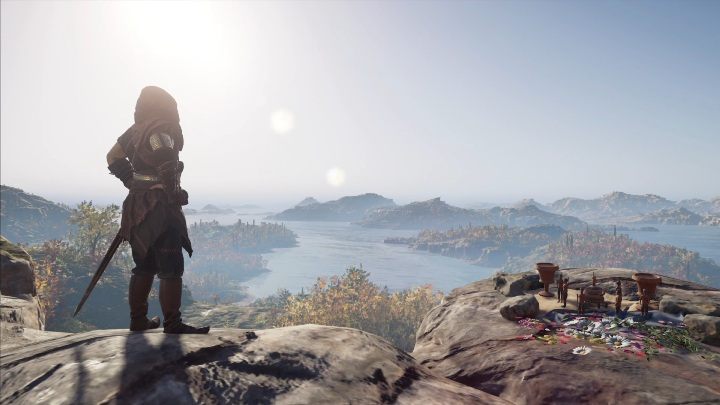 After defeating your opponent you will finish the first chapter of Assassin's Creed Odyssey: Legacy of the First Blade.