More Questions than Answers is the third quest available in Assassin's Creed Odyssey: Legacy of the First Blade. Once you've completed it, you'll unlock the Starting the Hunt quest, but it's very short - it's just a conversation with your companion. 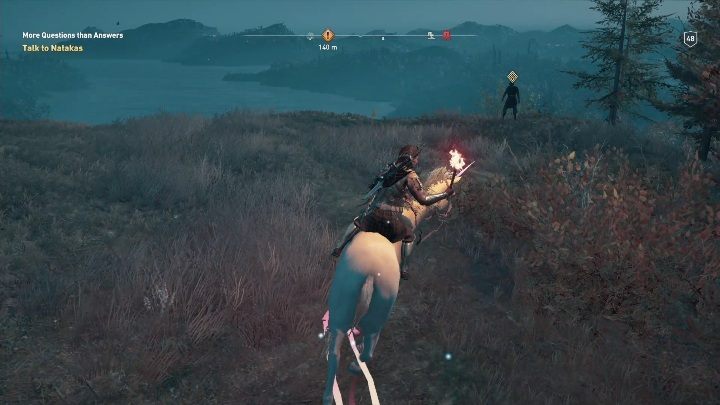 After completing the Shadow of Legend quest, you will unlock More Questions than Answers. To get started, you must go to Natakas for a conversation. He's waiting for you at the cliff. 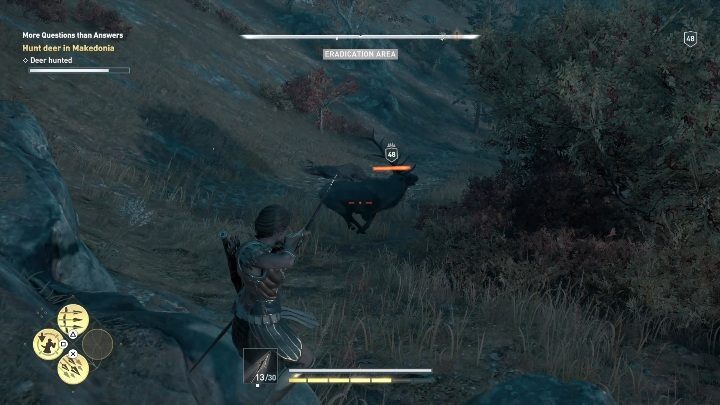 After completing the Shadow of Legend quest, you will go hunting. Firstly, you have to kill 6 deer. They will not run away from you. You also don't have to collect raw resources from them. 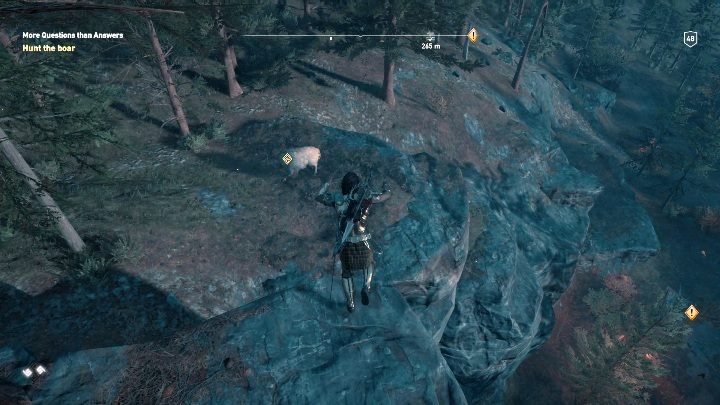 Your next task will be to kill the wild boar. The safest thing to do is to shoot him several times in the head. When you get rid of your opponent, approach him and collect animal resources. 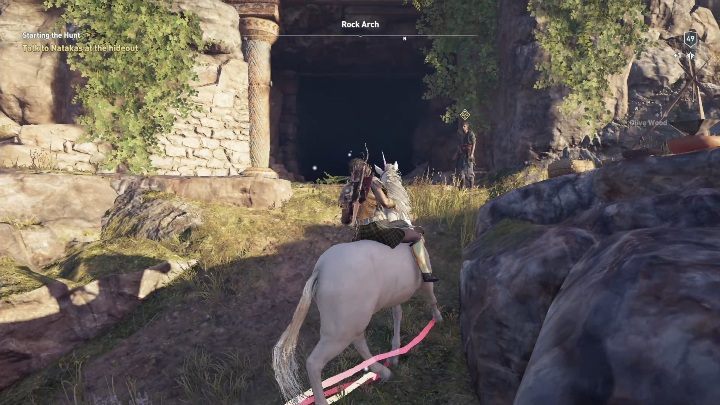 After the hunt is over, go to meet Natakas. After talking to him, you'll get the task of Hunting the Huntsman.