In Assassin's Creed Odyssey, the hero can use a variety of weapons, but not all weapons (without exception) increase his stats. On this page we answer the question whether cursed weapons appear in the game and what is the penalty of using them. 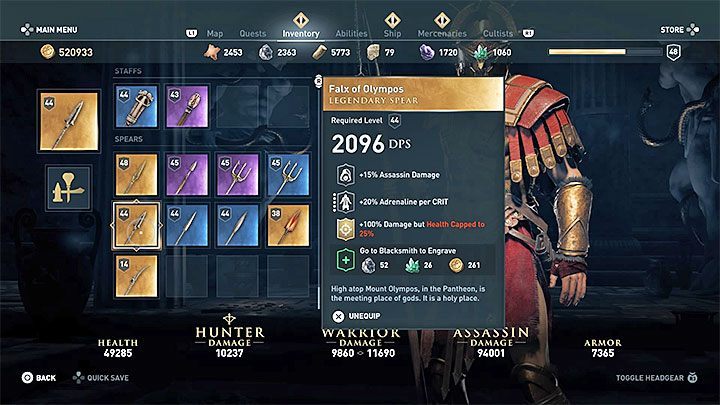 The legendary Falx of Olympos spear that can be found in one of the more distant areas of the game world is quite similar to a cursed weapon. In addition to the standard-looking stats, this weapon has one unique feature - you can inflict 100% more damage, but this is at the expense of reducing the hero's health bar by up to 75 percent. This means that with this spear set as active (in any white weapon slot), the controlled character has only 25% of health points at his disposal.

Falx of Olympos is not a worthless weapon. Using it in melee combat is very risky, because you can die much faster, even after one stronger attack from your opponent. However, you can rely on a bow with your spear in an active white weapon slot, for example. A 100% damage bonus will be very useful to you, increasing the probability that your opponent will die faster after a successful hit. You only need to pay even more attention to keeping enemies at a distance and avoiding their ranged attacks.

The engraving that increases damage at the expense of the hero's vitality, can also be applied to another item in the blacksmith's forge. Then you don't need to "reserve" the melee slot for a spear. 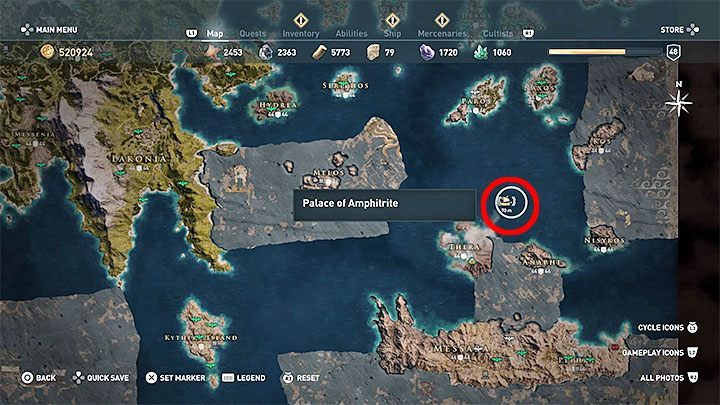 If you want to get Falx of Olympos, you have to visit the underwater location of the Palace of Amphitrite. Its location is shown in the picture - it is located at sea to the north-east of Thera Island. This is the southeastern part of the world map. 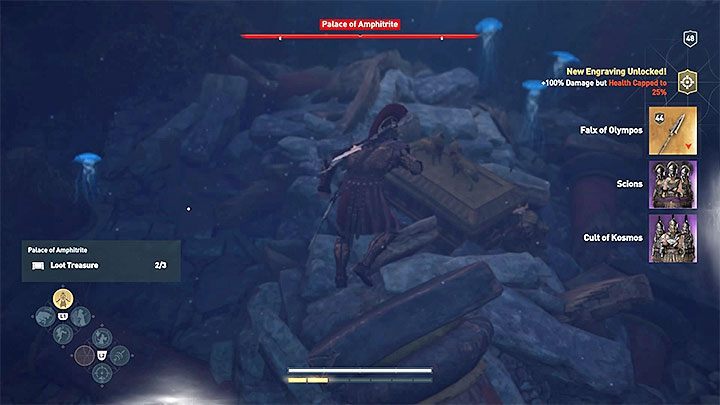 After reaching the marked area, use the Icaros eagle to "scan" the area. The spear you are looking for is in a legendary chest lying on the bottom - as it is shown in the picture.