Playing a warrior in Assassin's Creed Odyssey is not as effective as playing a hunter who bases his attacks on ranged damage. Building a warrior can be an interesting alternative if you prefer to blow down on enemies in melee combat. On this page you will find extensive tips on how to build a warrior in AC Odyssey. You will find out which weapons and armor to use, and which active and passive abilities you should unlock in the first place. 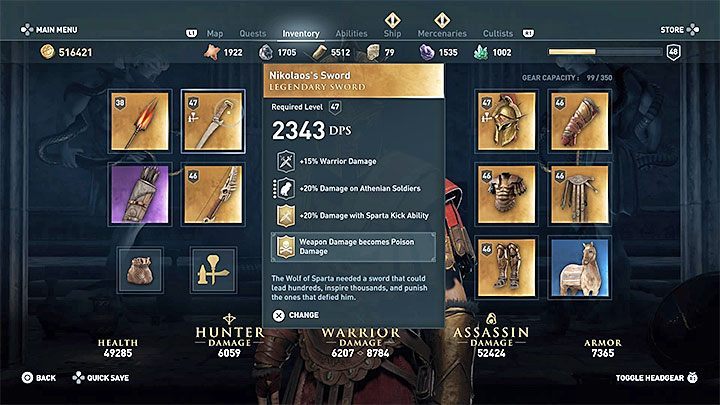 Important note - Bonuses for statistics are calculated for both weapons in active slots. As a reminder, the second slot is unlocked after level 15 (passive ability - Second weapon). Also, put a weapon with good parameters to the second slot for building a powerful warrior, even if during the game you use (mainly) a weapon from the first slot.

Nikolaos's Sword is a very good weapon for a warrior, which can be obtained at an early stage of the game. This sword is gained after meeting the Wolf of Sparta at the end of the second chapter of the story (no matter how you behave during the meeting). This weapon increases the warrior's overall damage, increases the damage dealt to Athenian soldiers, and increases damage using the Spartan Kick ability. Don't forget to add a fourth parameter for this weapon by putting some kind of blacksmith's engraving on it (the example is shown in the picture - we have put an engraving that adds poison damage to the weapon).

The great advantage of Nikolaos's Sword is also the ability to launch quick attacks. With this weapon, you can more easily attack enemies after dodging or parrying. If you like using the sword, try to upgrade it regularly at the blacksmith. It doesn't have to be very expensive as long as you don't spend drachmas and raw materials at the same time, e.g. on improving armor elements. 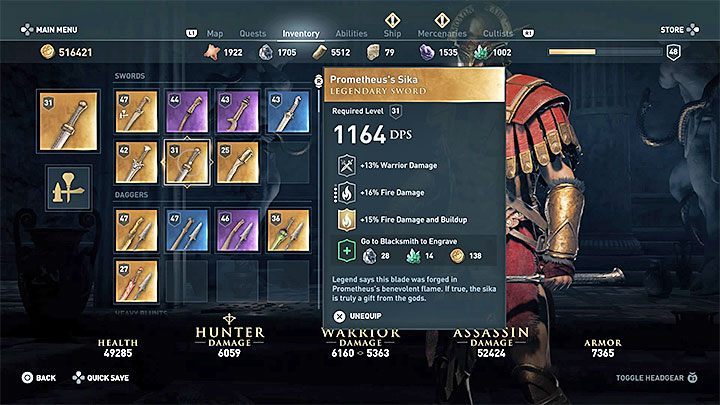 Another good weapon for building a strong and effective warrior is Prometheus's Sika. In order to get this weapon you have to find a mercenary Leodoke the Spark in the game world and defeat him. Remember that you can check out the mercenaries tab in the pause menu to get some additional info. Make sure that the mercenary is already uncovered. Then, find him on the world map and beat him if the current level of experience of the hero allows you to do so.

Sika is also a sword, but it has different parameters than the Nikolaos's Sword described above. Of course, it increases the warrior's damage, but it also provides bonuses for fire damage and adrenaline gain. Traditionally, don't forget to add a fourth parameter to this weapon based on one of the already unlocked engravings.

Using Prometheus's Sika is great if you want to rely on the active Flaming Attacks ability, which allows you to deal fire damage to enemies and set them on fire. An opponent attacked with this combination of weapon + ability will not only take large initial damage, but also have to deal with burning over time debuff that lasts for a few consecutive seconds. 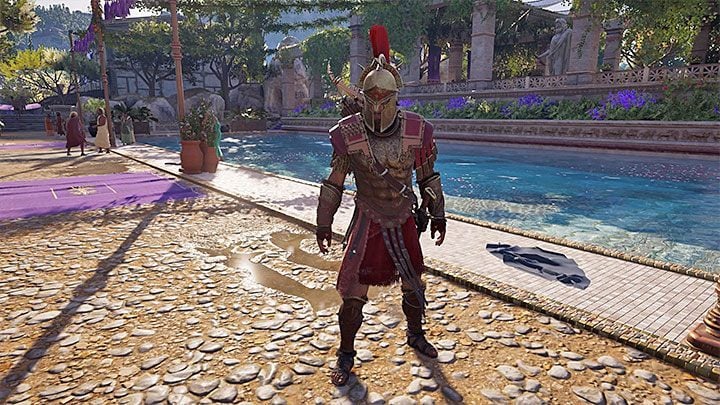 In the initial phase of the game, focus only on putting on clothing elements that increase the warrior's damage. Ultimately, however, you should aim to complete a legendary set of items related to the warrior's build. Items from legendary sets offer good statistics, but that's not all, because when you put on all five pieces of armor from the same set you get an extra bonus.

You can complete armor pieces from legendary sets by killing subsequent Cultists of Kosmos from the same branch of the cultists tree. Below we have listed two recommended sets:

Additional note - If you think about relying on the best armor only in the endgame phase (i.e. after reaching the highest 50th level), it is worth to skip killing some of the cultists who drop legendary armor pieces of specified sets. Completing the whole set, e.g. at level 30 of the hero's experience, may mean improving each of the five elements separately by as many as 20 levels (assuming that you still want to use it at level 50). 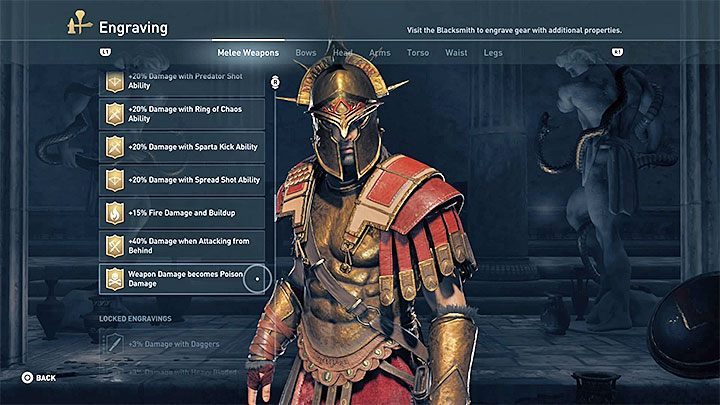 The choice of engravings should depend on the chosen weapon and legendary armor (or elements of armor). The most flexible engravings are:

If you depend on fire attacks that set enemies on fire, check out these engravings:

If you're more interested in using poison, consider these engravings:

Note: In order to unlock the engraving which makes weapon damage become poison damage, you have to defeat Meleagros the Weaver the mercenary (find him in the mercenaries tab). You will hence obtain the legendary dagger, Arachna'e Stingers, which will allow you to apply the engraving to different weapons. 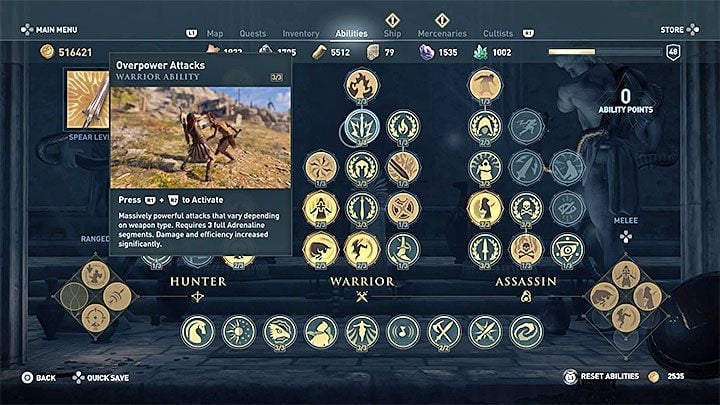 In the case of active abilities, check out the following (choose them according to needs and progress in the game - you can't have more than four active ones):

As far as passive skills are concerned, try to unlock and max out the following:

In addition to the ability of the tree Warrior, also consider:

How to play the warrior in Assassin's Creed Odyssey? 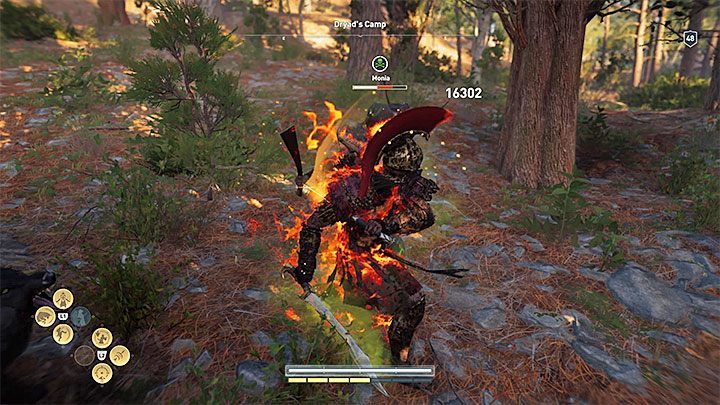