Hunters are incredibly powerful in Assassin's Creed Odyssey. At the end of the game, a well-developed character can deal more than 1 million damage with a headshot. This chapter contains step-by-step tips that will help you build, in my opinion, the most powerful class in the game.

Step one - Get Artemis's set 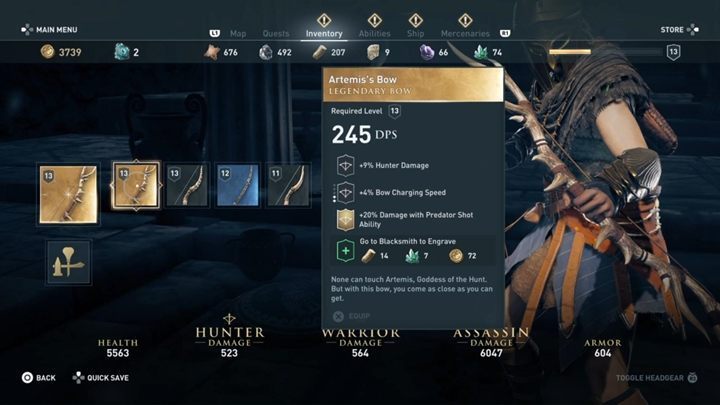 Getting Artemis's set is the absolutely essential for this build. You can get the items by killing legendary beasts. This series of quests can be started in Phokis - start "Daughters of Artemis" side quest (Daphnae is the quest giver). You have to kill:

Go back to Daphnae every time you kill a legendary beast and give her the skins. Complete all the hunts to have legendary set of Artemis which can greatly increase bow damage.

Equip all the pieces of armor - even at this step your damage will be increased dramatically.

All right - our character is wearing the Artemis set, however, we still have to get the right weapon. Below we have listed a few choices: 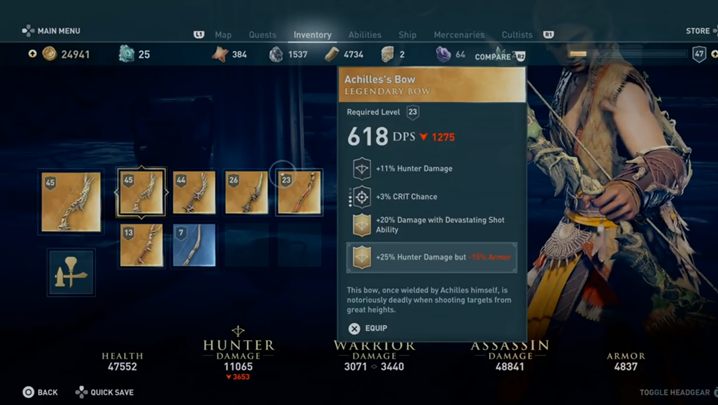 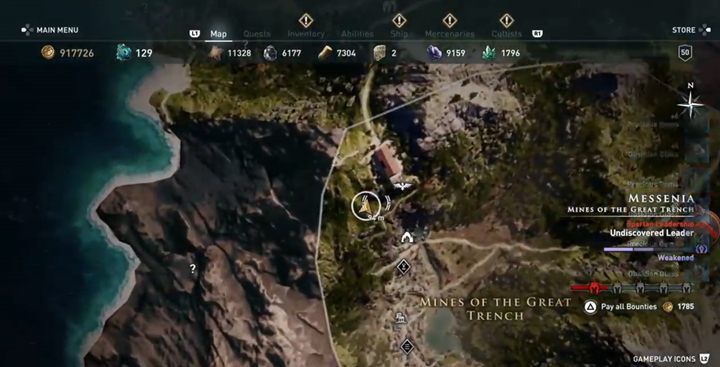 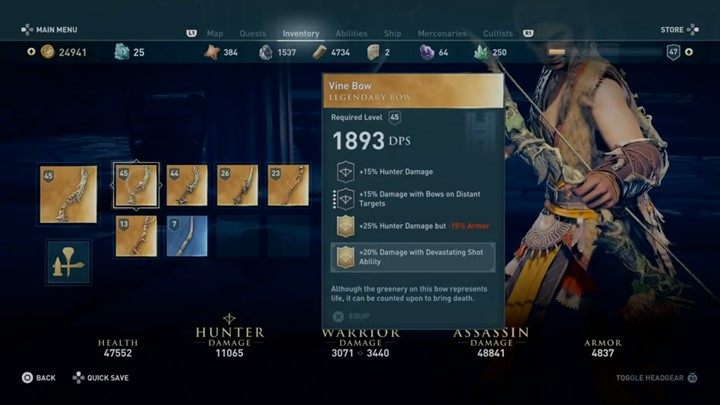 The game features more legendary bows, i.e. Hades Bow, Paris Bow, Artemis's Bow etc. However, they are worse than the three weapons listed above - Achilles's Bow is easy to obtain. You can use this weapon until the end of the game. It will only require a few upgrades.

As for melee weapons, getting +% to Hunter damage is your priority. You can even use epic weapons as long as they increase the base damage. Ideally, you should look for a weapon that also increases headshot damage. 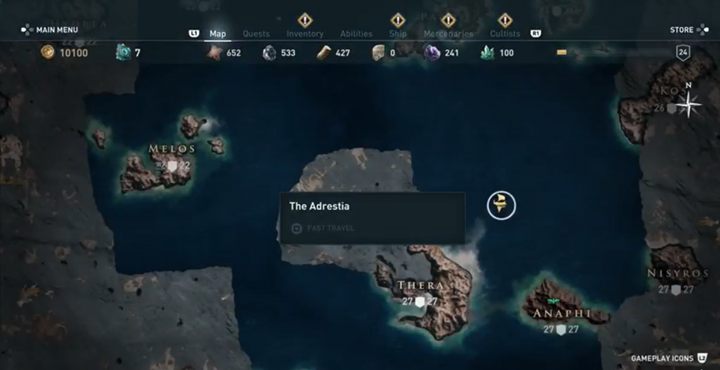 The game has a weapon called Falx of Olympos - it has been sunk in Palace of Amphitrite along with the ship. Check the picture above to learn its location. Reach that place, dive and look for the chest. Falx has an engraving that gives you +100% damage but your maximum health gets capped to 25%. Using this weapon/engraving longer isn't a good idea, however, it will allow you to deal massive damage. 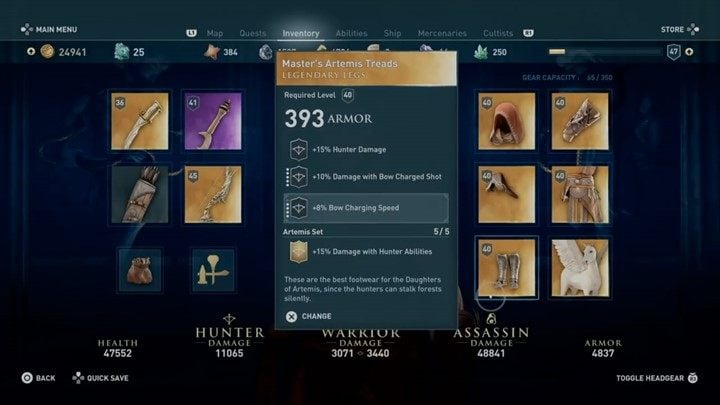 Time to visit a blacksmith and choose the best engravings. We recommend the following upgrades:

Personally, we don't recommend investing in increased chance for dealing critical damage - headshots have a separate multiplier so it is better to focus on engravings that increase your overall damage. 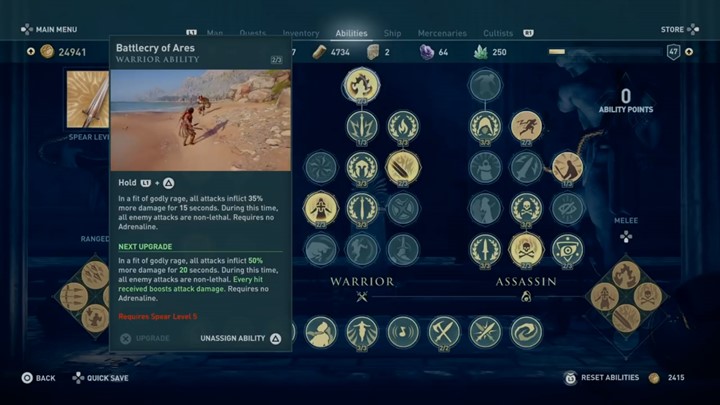 Overall, you have to focus on the following skills:

How to play as a Hunter in Assassin's Creed Odyssey? 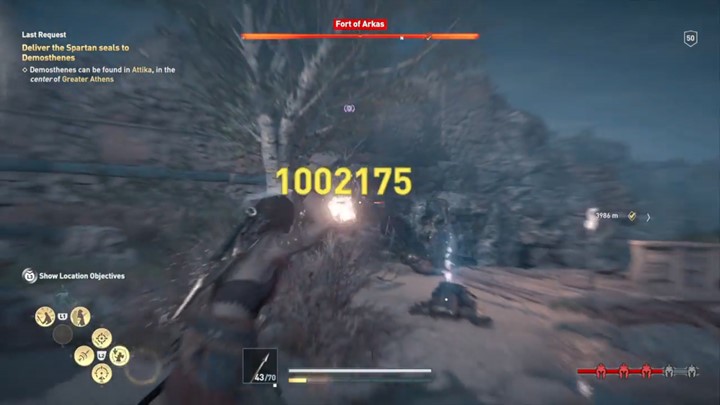 The hunter build is incredibly powerful and it allows you to kill enemies at much higher levels than yours. The most important thing to do is to get the right equipment because you will rely mainly on Devastating Shot and Rain of Destruction abilities. You also must rely on death arrows - they will further increase your damage.