The following section of our Assassin's Creed Odyssey guide lists all the Enigmatic Ostrakons (Ainigmata Ostraka) in the Elis region. Each Ostrakon contains a verbal riddle that needs to be solved. On the page you will find a walkthrough for Prophecy Prevention and Centaur Field puzzles. 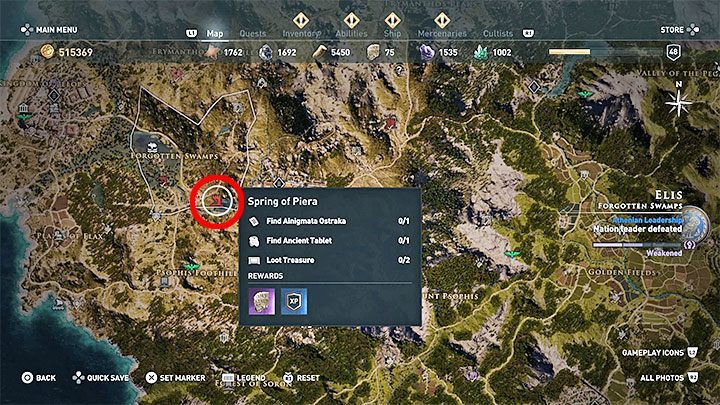 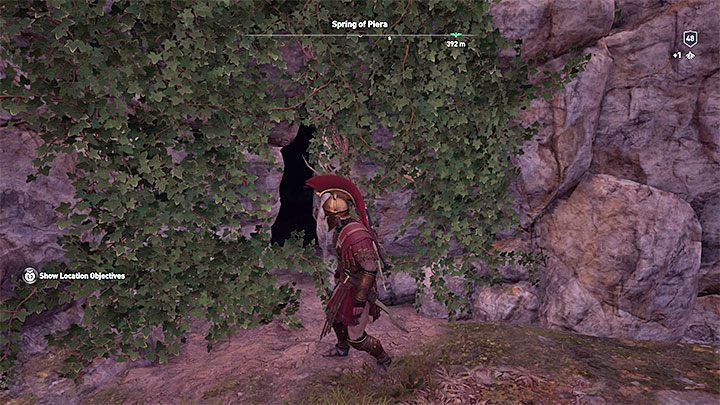 Location of Ainigmata Ostraka: Reach the ruins of Spring of Piera located in the central part of Elis on the Forgotten Swamps. Once you have found yourself in the ruins, take an interest in the entrance to the cave shown in picture 2. It is above the main part of the ruins and the eagle can help you to find it. 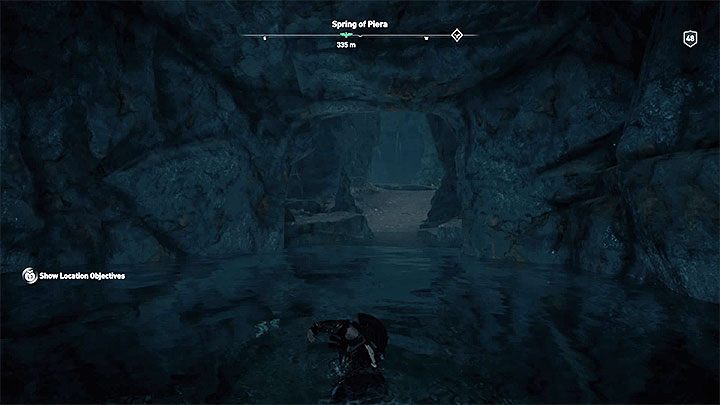 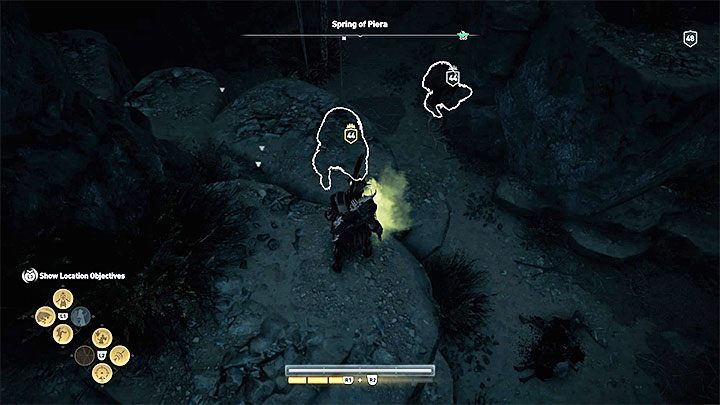 After entering the cave, jump into the water. You have to swim through a large part under water. Reach the last part of the cave, take an interest in the passage shown in picture 1. You will reach a new area with two bears (one of which is an alpha male). Kill them. 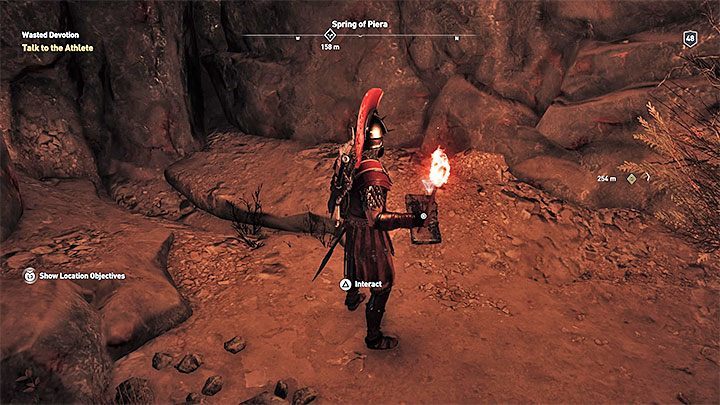 Investigate the lair of killed bears. The tablet is in the place shown in the picture. 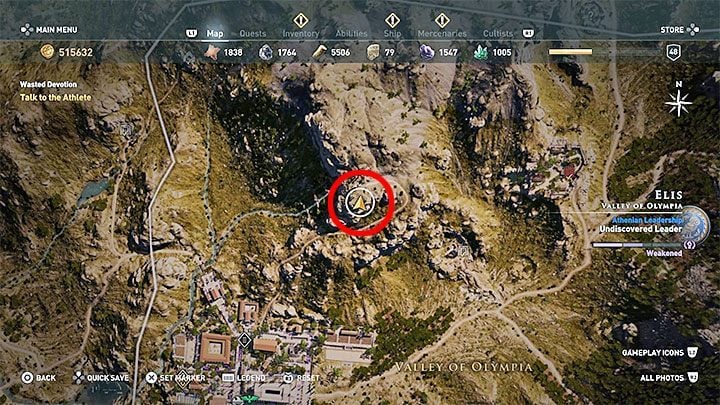 Solving the riddle: Exit the cave and head towards the Valley of Olympia. You don't have to visit the hippodrome from the hint from the ostraka. Instead, head straight to the hill situated northeast of the Olympic village as shown in the picture. 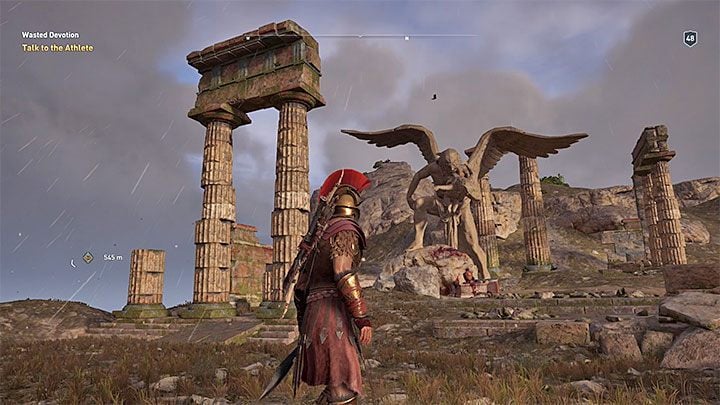 The purpose of the journey is the statue of Kronos located on a hill. 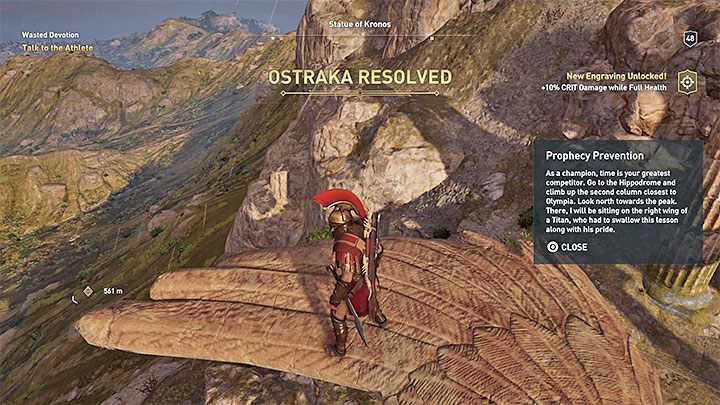 Climb on the statue. An interactive area can be found on the right wing of the statue. 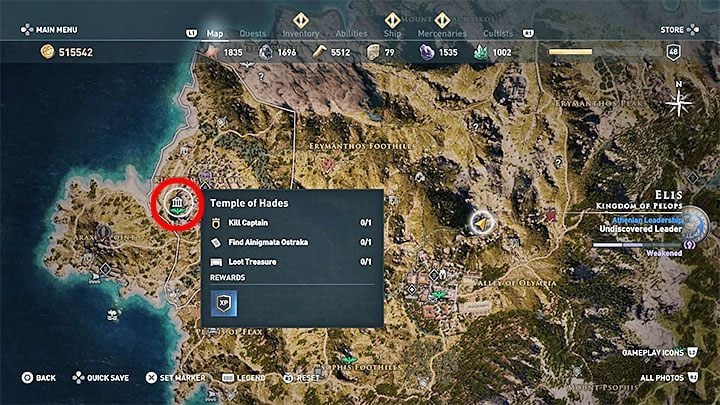 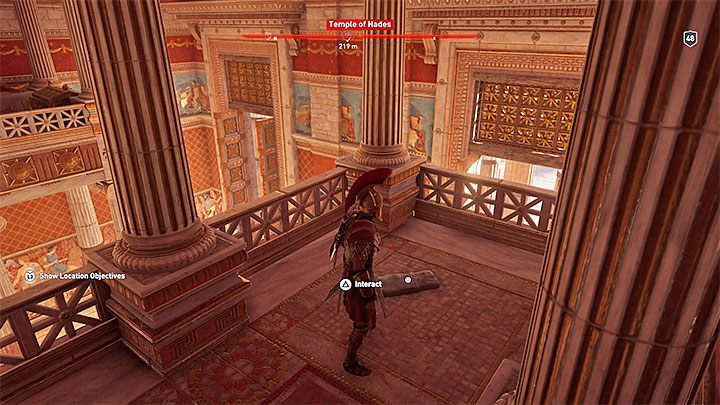 Location of Ainigmata Ostraka: Sneak into the Temple of Hades, located in the city of Elis, in the western part of the region. The Ostraka can be found on the first floor of the temple. 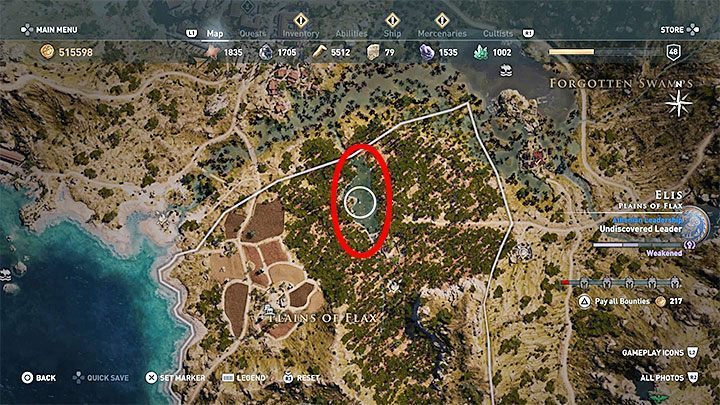 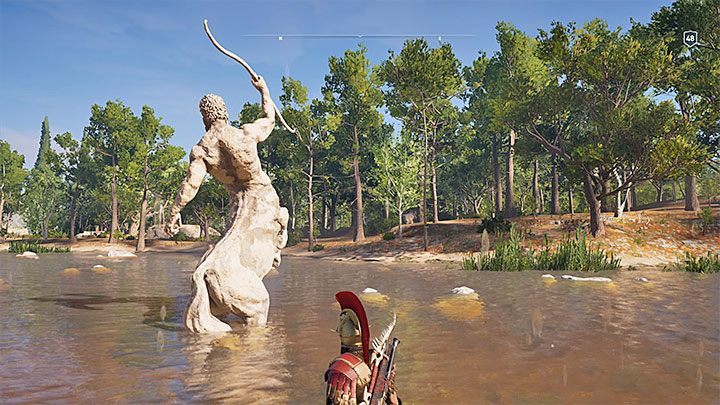 Solving the riddle: If you want to solve the riddle using the hints from the tablet, you can reach the small water reservoir in the Plains of Flax subregion shown in the picture 1. Here you will find the first statue of a centaur. Each newly found statue faces the next one. 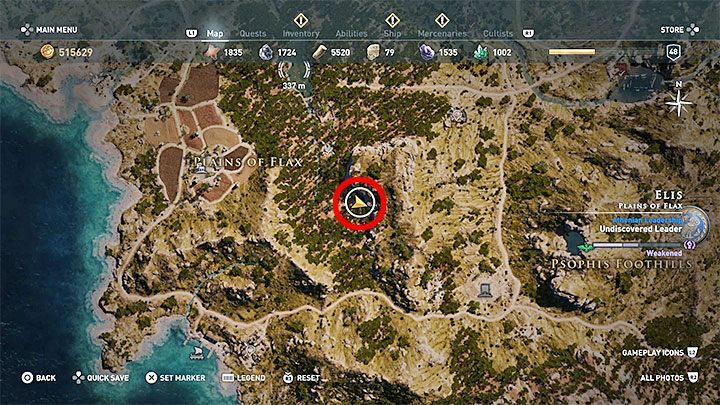 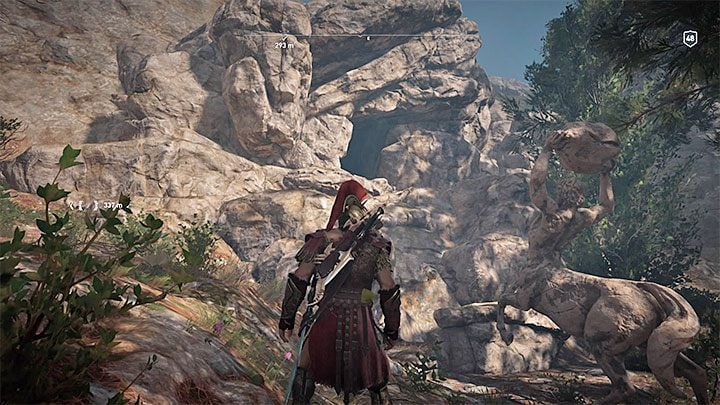 If you prefer to solve the riddle as soon as possible, go straight to the cave (unmarked) shown in the picture. It is located in the eastern part of the Plains of Flax subregion, south-east of the Dryad's Camp. At the entrance to the small cave you will find the last stone centaur. 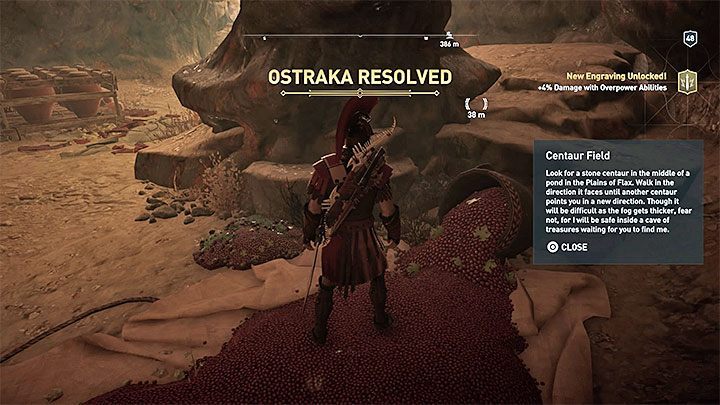 The interactive area is located inside a small cave.