On this page we have described two tombs located in the Elis region in Assassin's Creed Odyssey. In this section of our guide, you will find a detailed walkthrough for both tombs with information on how to find the Ancient Stele. Examination of the tablet will grant you 1 ability point.

Tomb of the First Champion 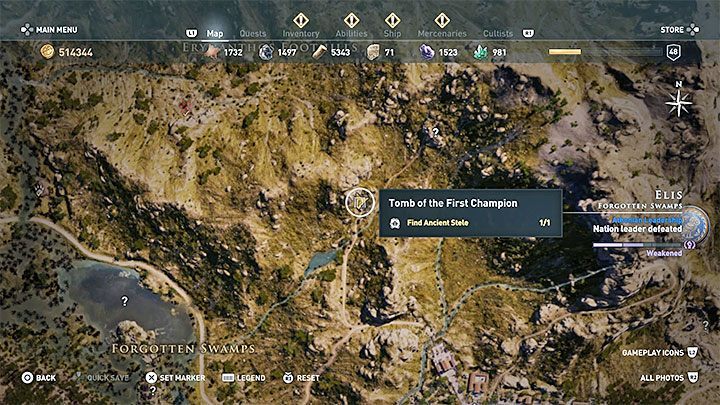 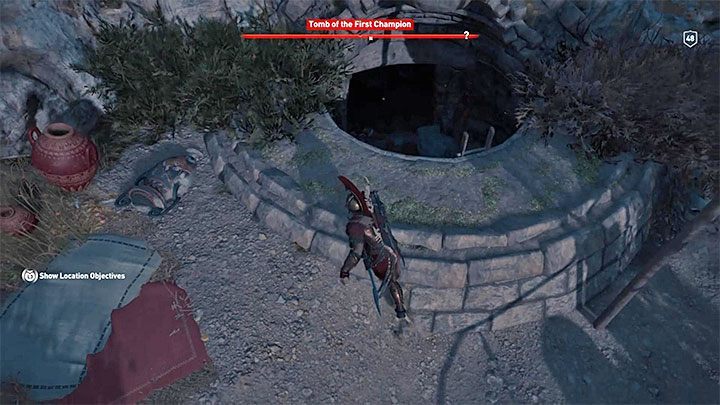 Location of the Tomb: Forgotten Swamps. In central part of the Elis region. 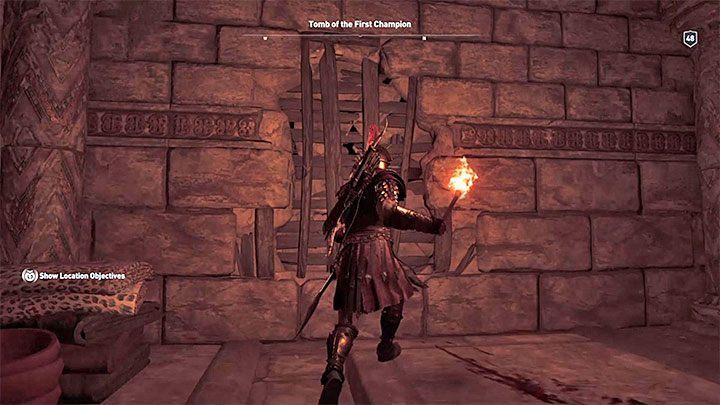 Solution: Jump into a round hole in the ground and go through the initial chambers. Along the way you will find the first chest with a random loot. Use a torch or any other weapon to demolish the first weakened wall in the place shown in the picture. 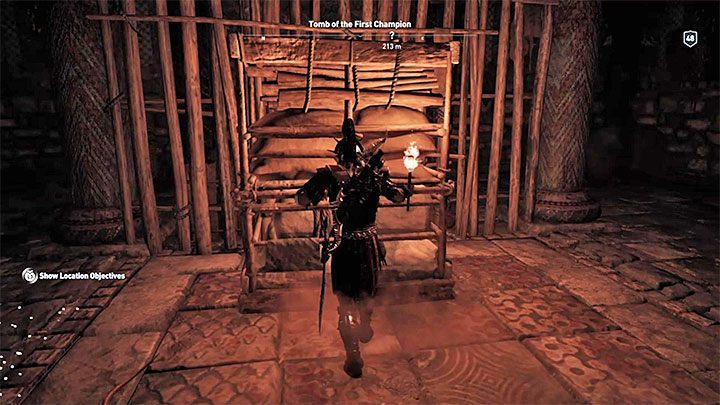 Starting from here, watch out for snakes (you can burn them with a torch) and spiked pressure plates (bypass them or quickly follow them).

Reach a larger room. It has a hole in the ceiling and in order to get to it you have to start pushing the cabinet shown in the picture. Push it near the wall and get to the top. 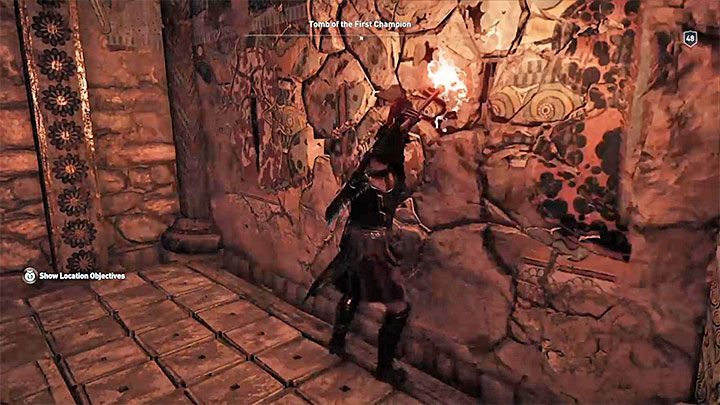 At the top, watch out for a group of snakes that keep an eye on the exit from the room. You can throw torches at them or shoot them with a bow if you don't want to risk several bites in a row (and die quickly).

Reach the room with a second chest. Slide through a small hole on the floor. You will be in a room with a large trap with spikes. Take an interest in the right wall shown in the picture. It has a weakened fragment that can be demolished. 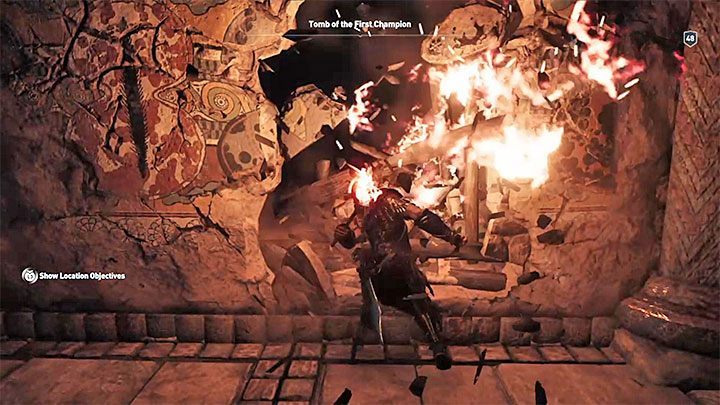 In the next large chamber, watch out for a pack of five snakes. You don't have to fight them, because they can be bypassed.

Keep an eye on the corridor with the new spiked pressure plates. Shortly after passing one of them you will come across the last weakened (right) wall shown in the picture. Demolish it. 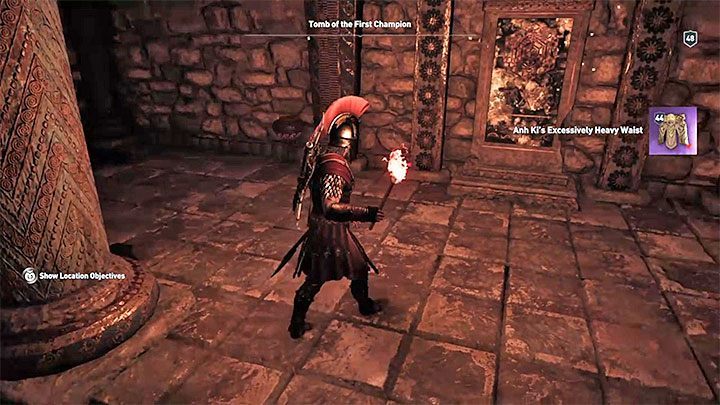 You will be in the chamber with the last chest in this dungeon and an ancient stele. 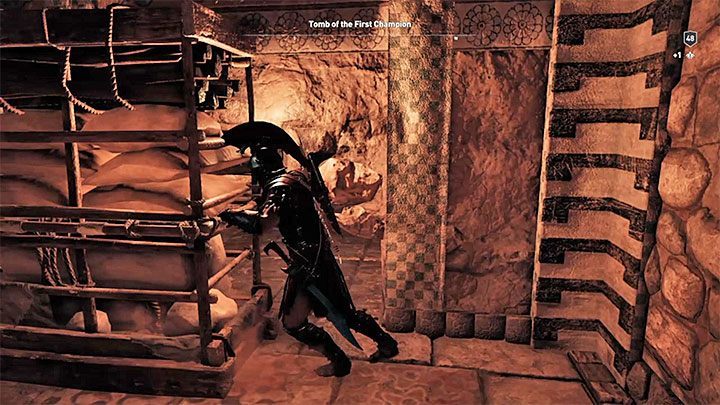 To leave the tomb, return to the main corridor and move further. Reach the cabinet shown in the pictures and push it. This will allow you to easily return to the first chamber of the tomb. All you have to do now is return to the opening and use the ladder. 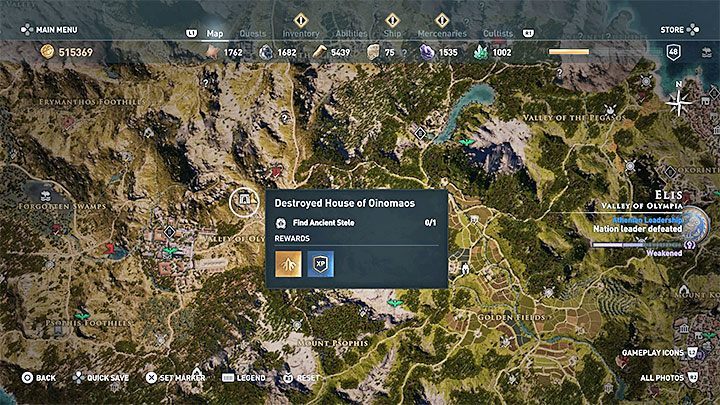 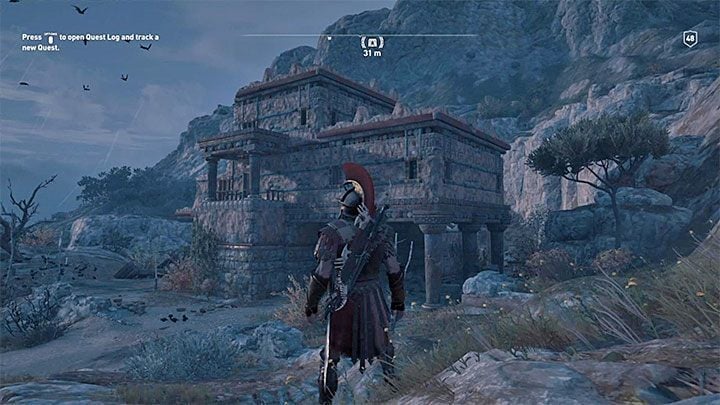 Location of the Tomb: Valley of Olympia. It's in the eastern part of Elis. 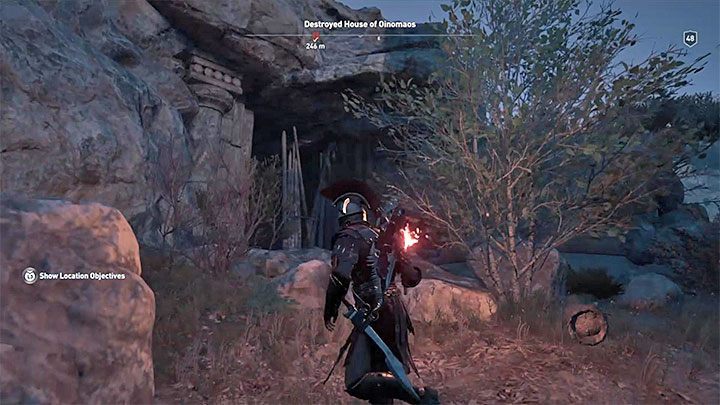 Solution: The entrance to the tomb is hidden between the rocks next to the ruined house - they are shown in the picture above. 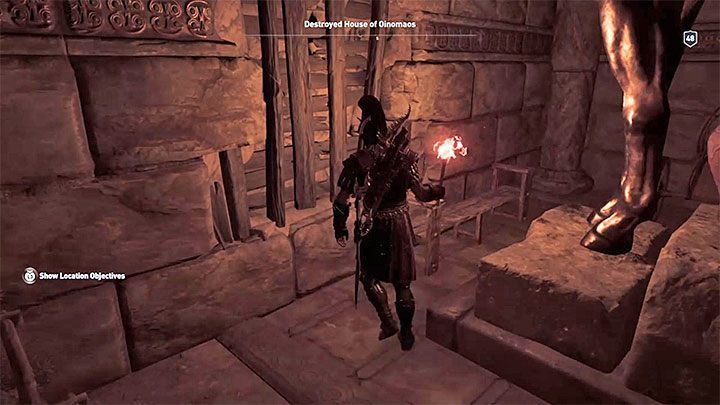 Go through the first chamber. Use a torch or any other weapon to demolish the first weakened wall in the place shown in the picture. 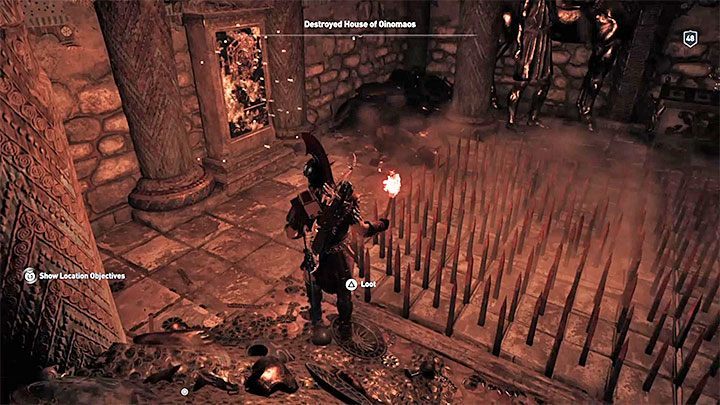 Go down the stairs to the main chamber. Watch out for the huge central pressure plate with spikes. Bypass it from either side. In the room you'll find a chest with random loot and an ancient stele.