The action of Assassin's Creed Odyssey takes place during the Peloponnese War between Sparta and Athens. This section tells you if the hero has to ally with one of the fighting nations and how to choose the side of the conflict that you want to support. 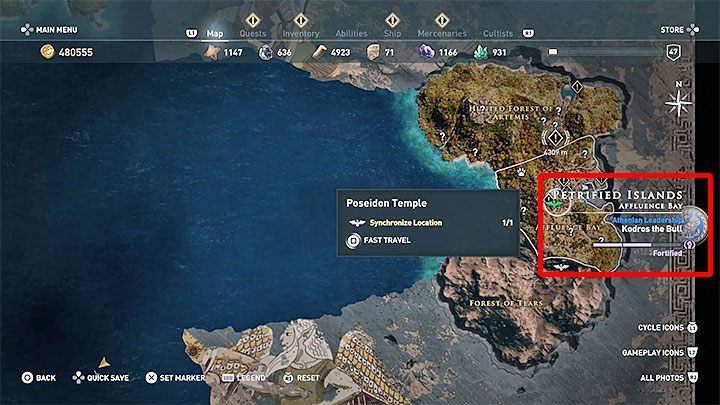 The protagonist of AC Odyssey, despite the fact that he or she were born as Spartans, are mysterious at the beginning of the game. This means that he is an unbiased mercenary who helps those who better reward him for his work. You don't have to make decisions at the beginning of the game or in any of the later chapters about the final alliance with one of the fighting nations. You can perform quests and play battles on the Athens or Sparta side depending on your preferences and the prizes offered.

Each region in the game world is initially under the control of Sparta or Athens. In the example above, the Chios region (island) is managed by Athens - you can read this information on the right side of the screen when the cursor is over a region.

If the region was under Sparta's control at the start of the game, the quest principals in the region will be Spartans (except for possible minor exceptions), and if it was under Athens' control, they will be Athenians. 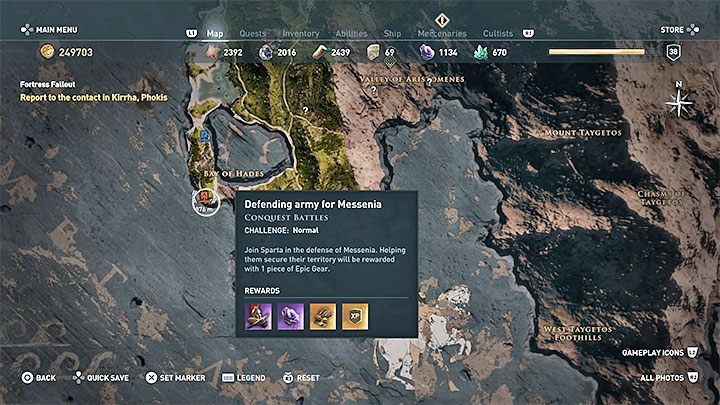 Regardless of the outcome of the battle, you can start to weaken the same region anew. It is also worth noting that even if the control over the region is taken over by the new nation, the markers of available side missions will not disappear from the map. The main and side tasks of the game are played regardless of your actions in Conquest mode.

If you want to learn more about the Conquest mode, look at the separate page of our guide.