Chrysis is one of the Kosmos Worshipper in Assassin's Creed Odyssey. Killing her can be problematic as she can escape the hero as a result of one of her decisions. On the page, we inform you where to find Chrysis again after it escapes. 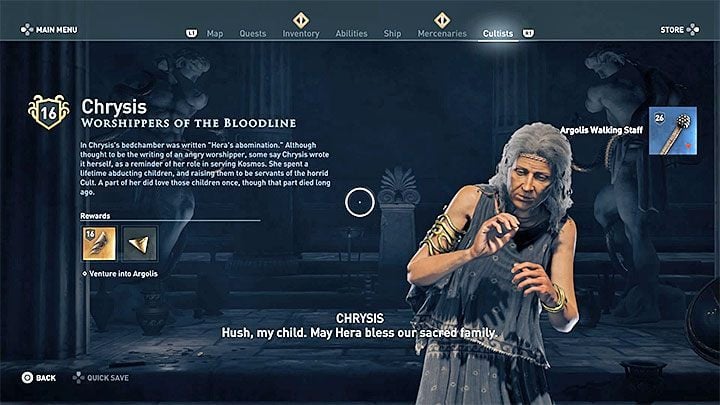 The main quests of the fifth chapter of the main plot are related to Chrysis; mostly those in the Argolis region. Chrysis will be identified as the worshipper of the Cosmos in the main task Speak No Evil. You have to look for her as part of the main quest - Ashes to Ashes. 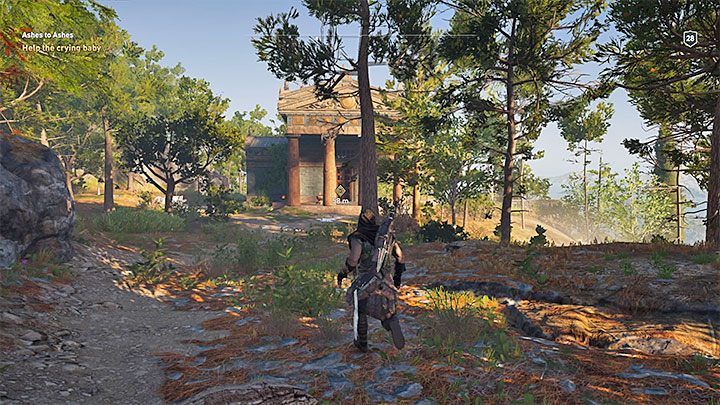 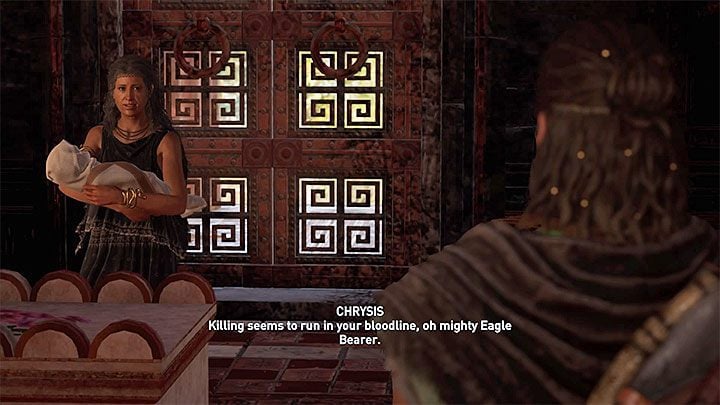 You have to reach the temple shown in picture 1. After killing several enemies and entering the center you will meet Chrysis. A controlled character can attack Chrysis right away, but an infant lying on the altar will die. If you decide to save the baby and lift him out of the burning temple, Chrysis will have to flee. In such a case you will have to find her again. 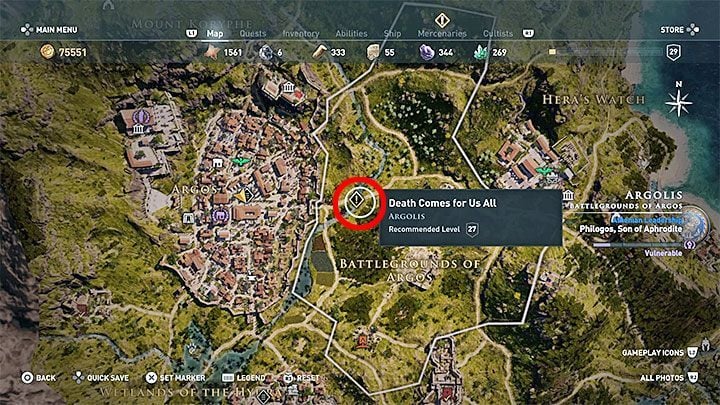 How to find Chrysis again?

The game doesn't tell you exactly how to find Chrysis again, but it's not difficult to locate it, fortunately. Locate the new Death Comes for Us All quest marker on the Argolis region map - it is shown in the picture above and it is an area east of the city of Argos. 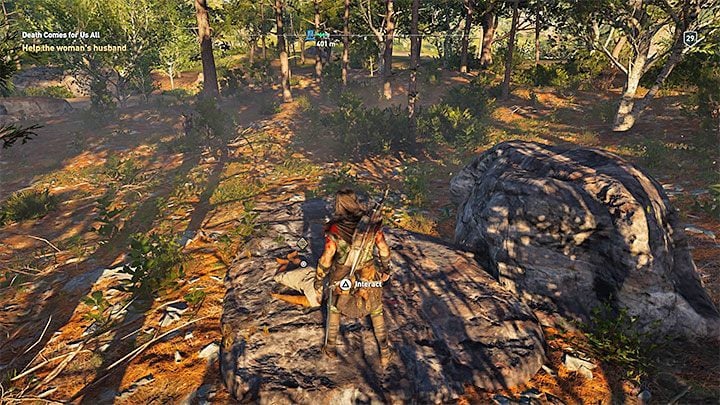 As part of this additional quest, meet a young woman who will tell you about the attack in the forest. After arriving at the place, find and examine the corpse. 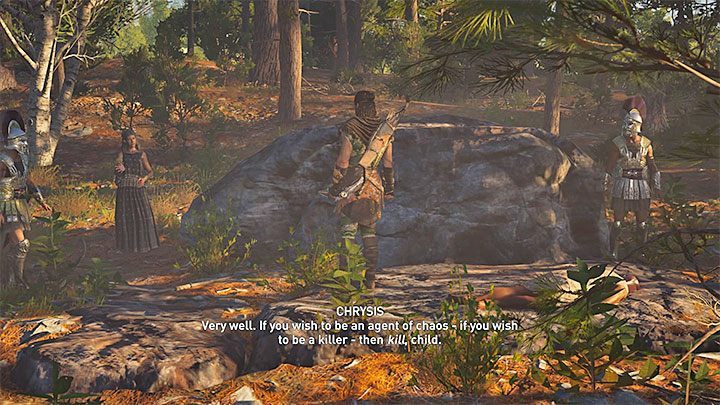 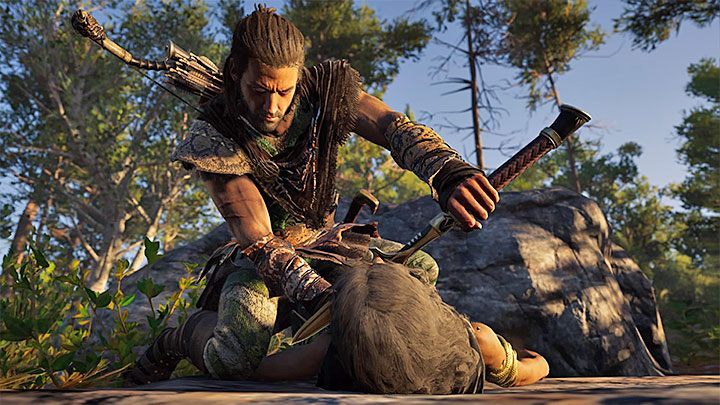 It turns out that you have fallen into the ambush of cultivators. You can already attack and kill Chrysis and the accompanying warriors.