Nikolaos is the father of the protagonists of Assassin's Creed Origins. On this page, we inform you where to find Nikolaos for the first time and where to find him again later in the game (assuming that it is still possible).

Note - the following description contains large spoilers regarding the events in the main plot and one of the important choices. 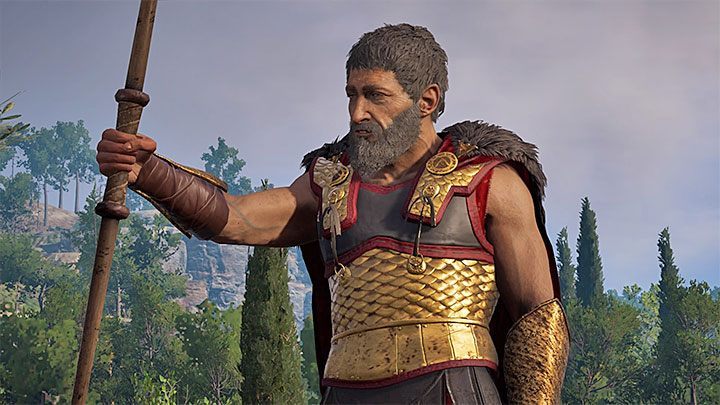 The first meeting with Nikolaos takes place during the second chapter (episode) of the main plot of the game. You notice him the first time after coming to the beach in Megaris in the A journey into War quest. The game won't let you talk yet.

You have to complete subsequent missions of the second chapter and get to the Conquer battle that's the last stage of the Final Push quest. 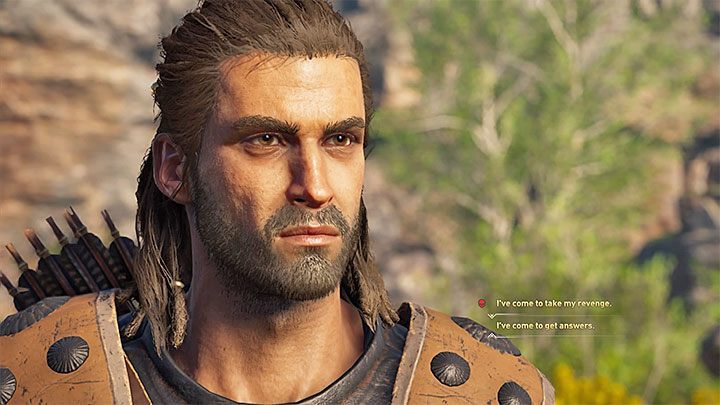 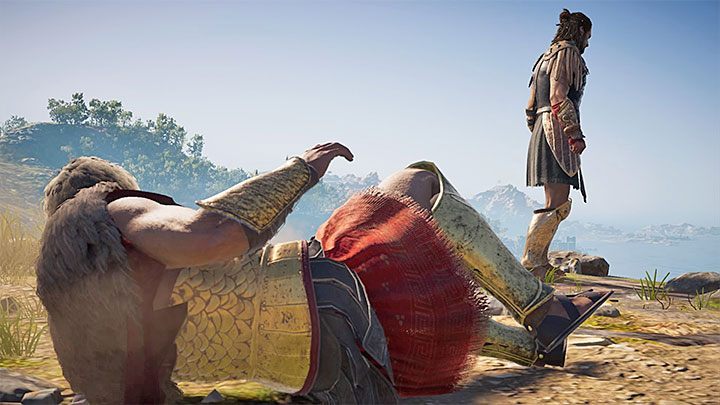 A conversation with Nikolaos takes place as part of the final main task of chapter two - The Wolf of Sparta. During this meeting, you must make an important decision about Nikolaos. If you want to meet Nikolaos later in the game, you can't kill him. Select the second behavioral variant for saving him - this is shown in the picture above. 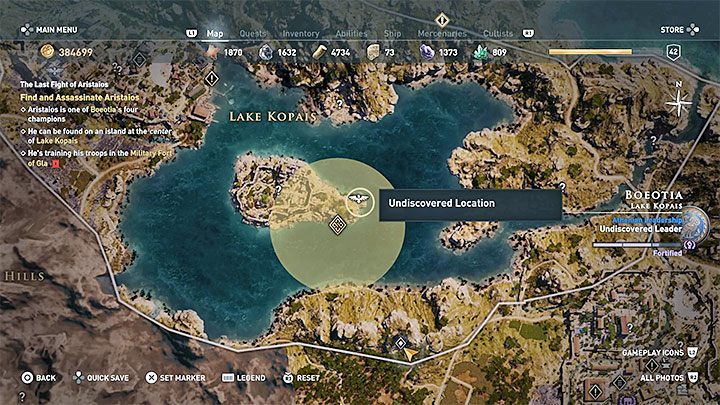 The meeting with Nikolaos will not happen again for a very long time. You must advance to the seventh chapter of the game and take care of a group of tasks related to offering Spartans support in taking over the region of Boeotia. The first of these missions is The Conqueror. You meet Stentor during this quest.

Also, note the new quest called The Last Fight of Aristaios. This mission involves visiting a fortress built on a small island on Lake Kopais. This place is shown in the picture - this is, of course, part of the region of Boeotia. 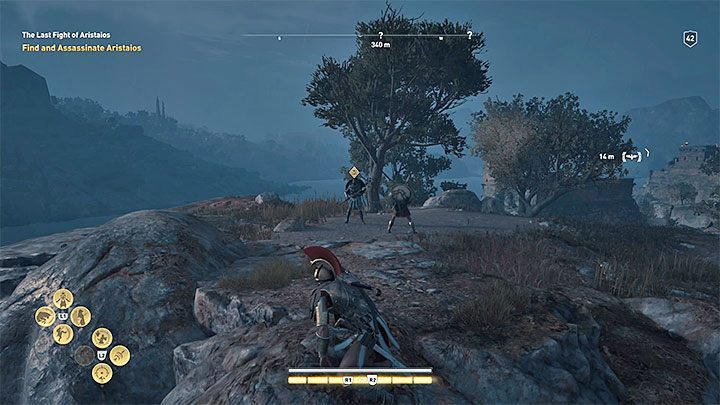 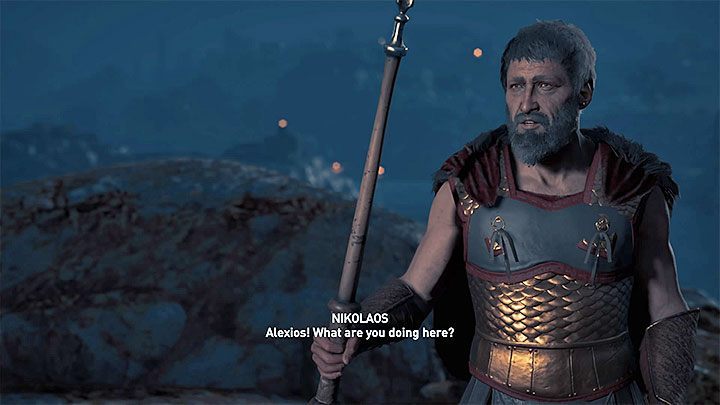 If Nikolaos did not die in the second chapter, you will notice him upon the arrival to the island - it is shown in picture 1. You can talk to him after dealing with the champion Aristaios, whom you were supposed to eliminate yourself earlier. 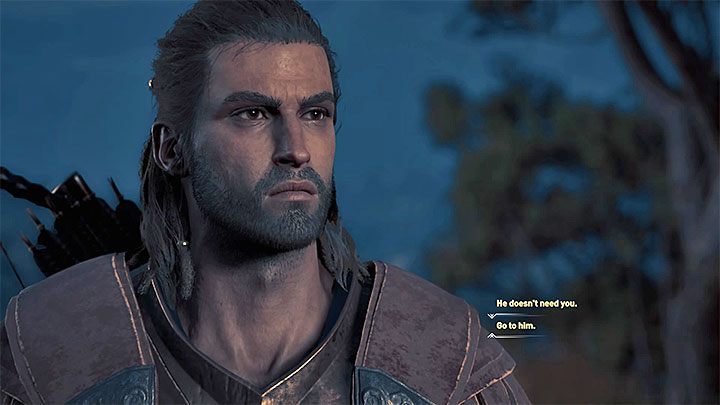 During the second meeting with Nikolaos, it is worth advising him to go to Stentor's camp (the second dialogue variant from the picture above). Only this behavioral variant will bring you closer to unlocking the good ending of the game, i.e. the reunion of the whole family.