Aikaterine is an Athens resident who works in the house of fun and muse for Thespis in Assassin's Creed: Odyssey. On this page you will find complete information on where to find Aikaterine and what steps you must complete in order to sleep with Aikaterine. 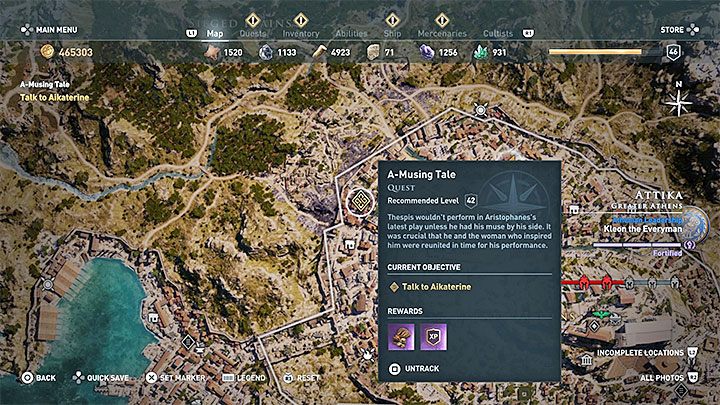 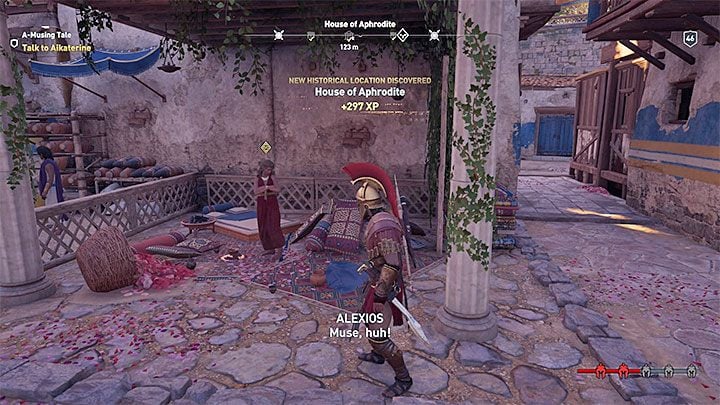 The meeting with Aikaterine takes place during the main quests in the eighth chapter (episode) of the game. We have on mind the quests that you complete during your stay in Athens. You have to get an A-Musing Tale quest from Thespis to meet Aikaterine. The woman resides in the northwestern part of Athens in the House of Aphrodite.

Murdering a commander on Aikaterine request 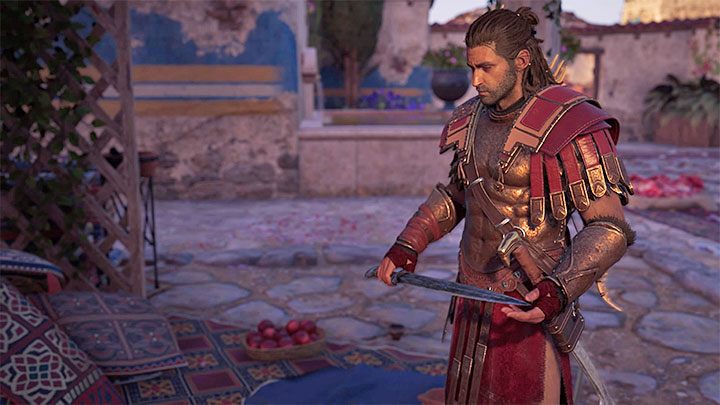 During the conversation with Aikaterine, you must agree to murder Commander Rhexenor - one of the Cultists of Kosmos. Do so on her request.

Infiltrate the location with the commander, kill him in any way you like and search his corpse to get his sword (Rhexenor's Sword). Return with the item to prove yourself in front of Aikaterine. 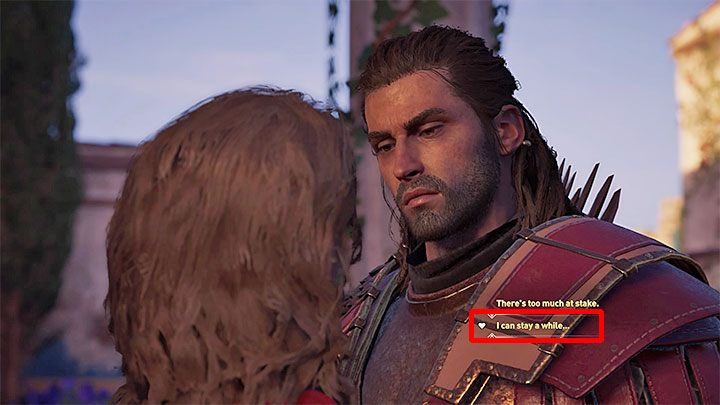 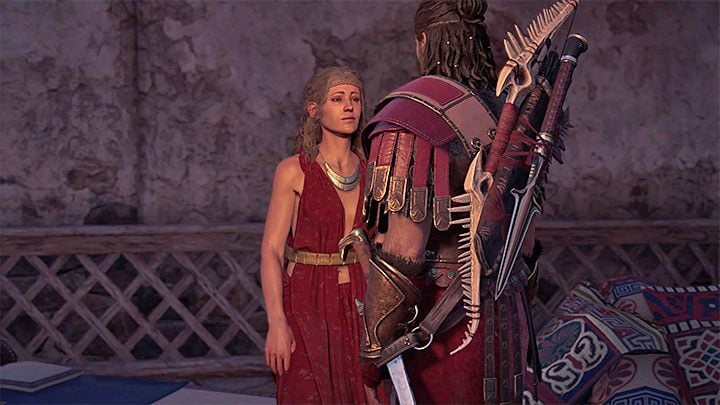 During the last conversation with Aikaterine, select the dialog option marked with the heart icon - it is shown in the attached picture. Your character will spend a lovely intimate time with Aikaterine.