The following page of Assassin's Creed Odyssey guide describes the most important decisions you have to make during the fourth chapter of the game.

This chapter is very short - you have to visit Andros Island. 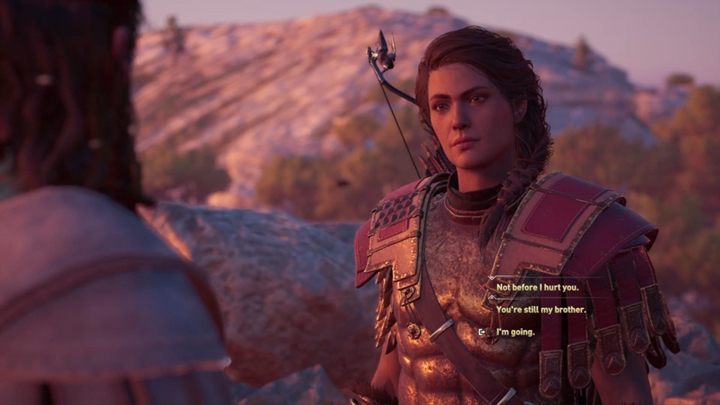 When you leave the mysterious ruins on the island, you will meet Deimos. You'll have a conversation with the character during which you have to make another important choice. The game takes into account the way you talk to the hero - if you are rude and finally decide of attacking Deimos, in the future he will be reluctant and your relations may weaken drastically. However, if you say that you still consider him as a brother, then in the further parts of the game it will be much easier for you to convince him that he is being used by Cult of Kosmos.

That's all - the next chapter of the game is much longer and abounds in more serious choices. Treat this part of the journey as a connection to further adventures.