Each of the bosses has their own specific fighting style. So we've described each boss to make it easier for you to fight them. On the following page of our Assassin's Creed: Odyssey guide, we've described how to fight the Cyclops and how to reach this mythical creature. 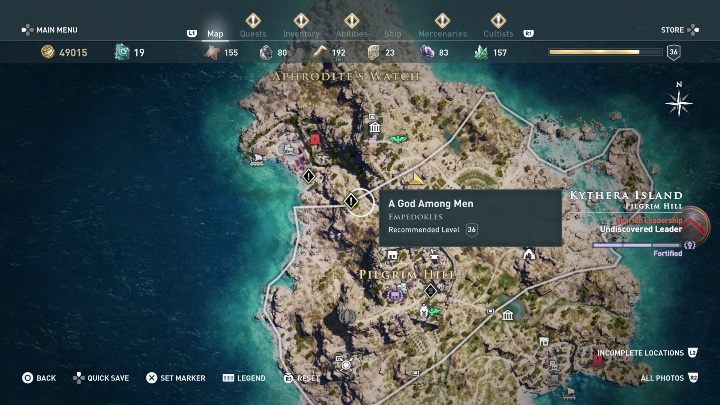 To find the Cyclops you must start the side mission A God Among Men. It is available on Kithira Island. This mission is described on a separate page of the guide. The mission will lead you to the side mission Stairway to Olympos. 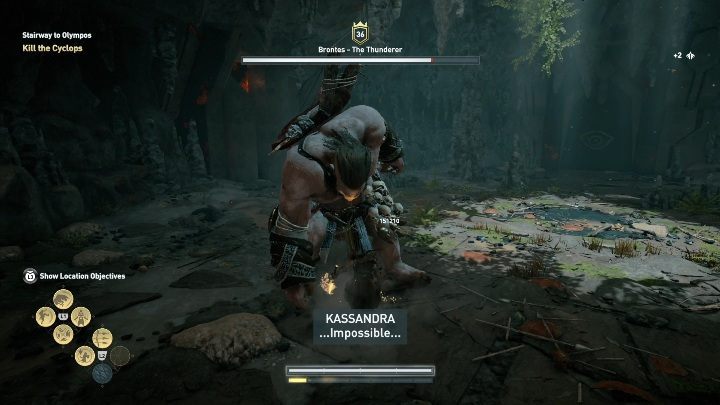 The Stairway to Olympos mission will take you to an island. That's where you will have to fight the Cyclops. These opponents is scaled to the level of your hero. To stand face to face with the Cyclops you have to get to Thisvis / Forgotten Island. 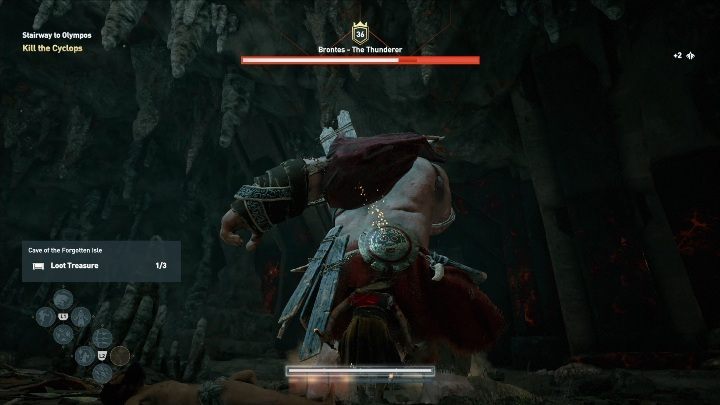 The Cyclops is not a difficult opponent. However, you must remember to attack him from behind. He doesn't dodge quickly, but rather performs forward steps that deal damage to you. Behind him, you'll have a convenient place to hit him without exposing yourself to unnecessary damage.

Even though the monster is much bigger than our hero, you don't have to attack him on the chest, focus on your opponent's legs instead. 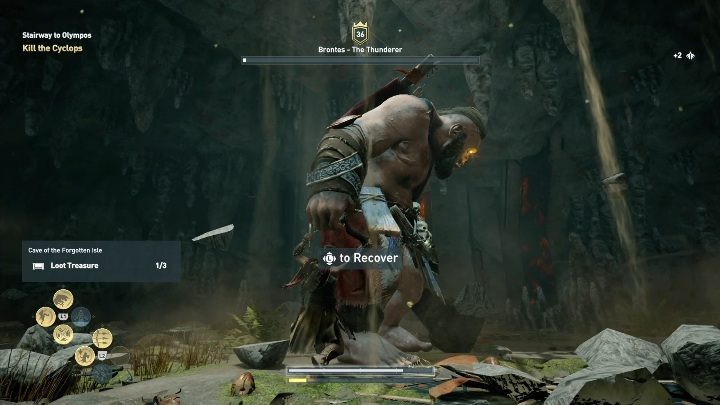 After taking half of his health points, the Cyclops will tear out a piece of wall and make a makeshift weapon for himself. This will enable him to deal area damage. You should move away from him and shoot him with the bow. Remember, however, that the arena is very limited. You can't climb a rock shelf or hide behind something to make sure you're in a comfortable position to shoot.

A shot in the eye of the Cyclops will take a good deal of his health, but it is very difficult to land this shot, because the beast is protecting the eye. It is a good idea to shoot him in his head or chest. This way you can deal damage faster than by targeting his eye. 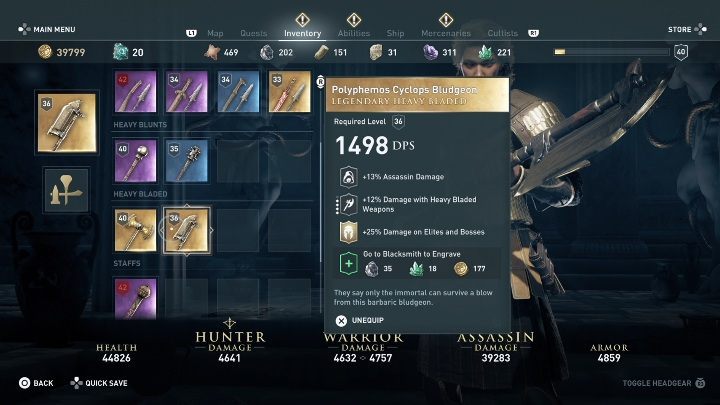 After killing the beast, the mission is over and you will get experience points and weapons - Polyphemos Cyclops Bludgeon.