This page in our guide for Assassin's Creed: Odyssey contains detailed walkthroughs and locations of side quests found on Kythera Island. The majority of the missions involves a lot of exploration and combat. 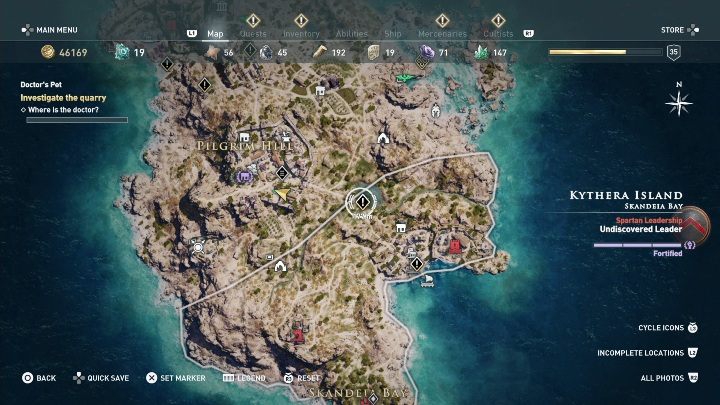 How to start: Speak with Diona.

Description: Diona gives you three quests - The Handmaiden's Story, All Bonds Will Break and Pick Your Poison. 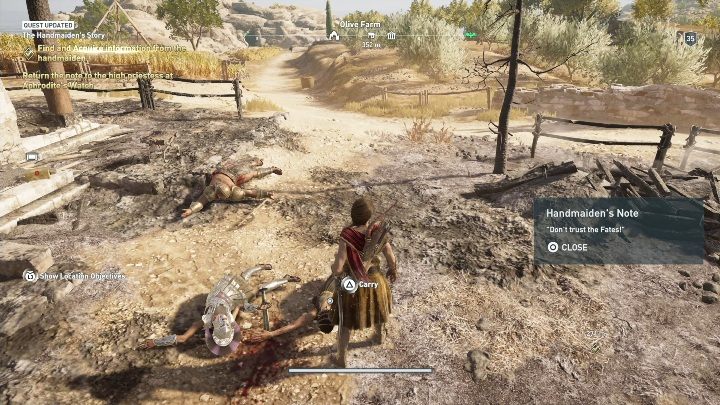 The Handmaiden's Story requires you to speak with Diona's sister. Your goal is to retrieve the notes. Go to the olive farm and defeat the enemies. Take the note back to the woman. 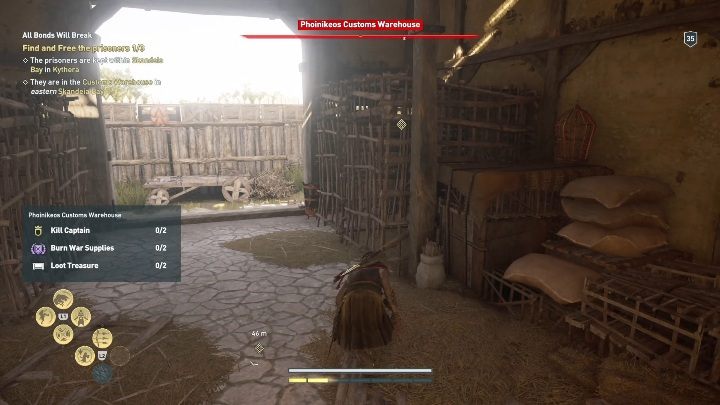 The objective in All Bonds Will Break is to rescue three prisoners. After that you will receive another quest - Free Atollo. 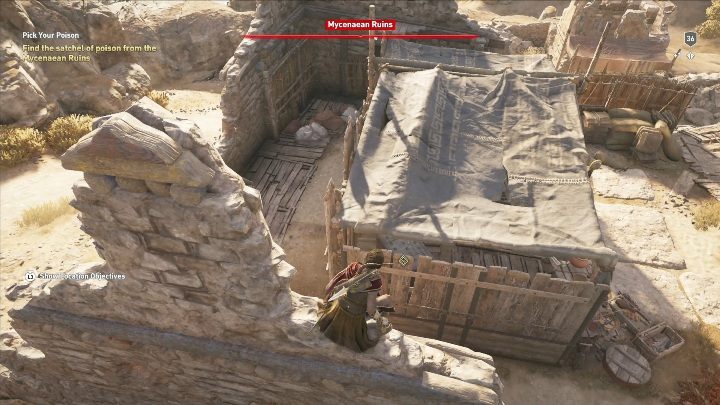 In Pick Your Poison your goal is to find poison in the ruins. The item is in the chest - simply run towards it, take it out and go back to Diona.

You receive Free Atollo after All Bonds Will Break quest. Sail to the island located south of Kythera. Defeat all enemies to complete this mission. 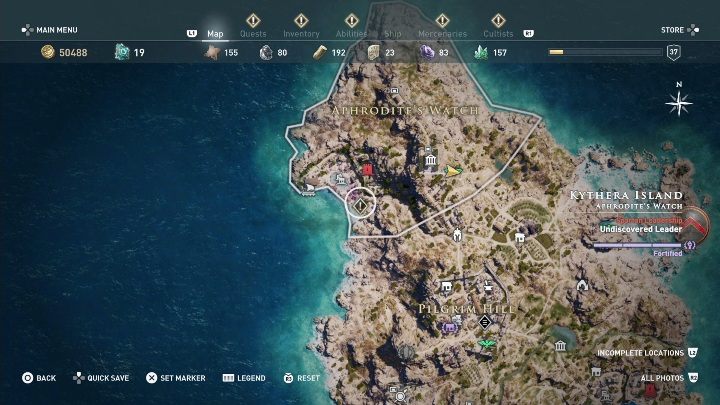 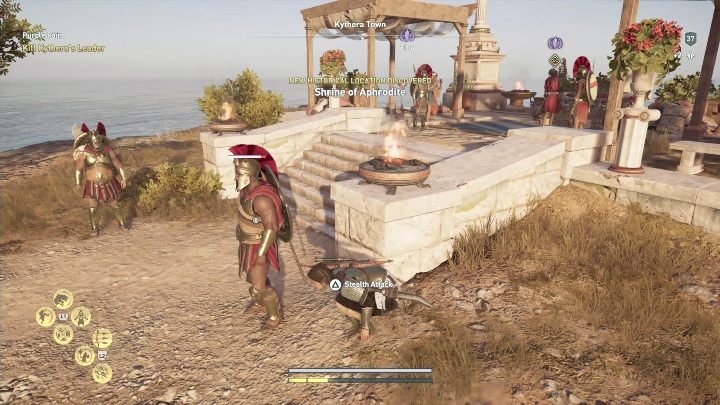 Description: Investigate the area with the murder scene. You learn the identity of the child's murderer. Go to Kythera Town and assassinate the killer. The target is guarded by his men. The easiest way is to rely on melee weapons and to kick them off the ledge. 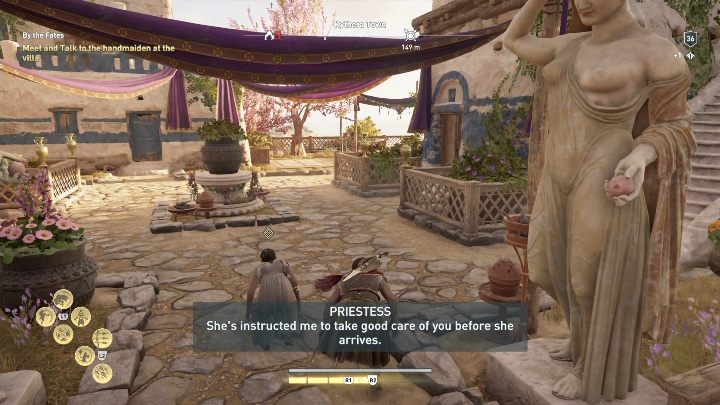 How to start: Automatically after I, Diona quest. 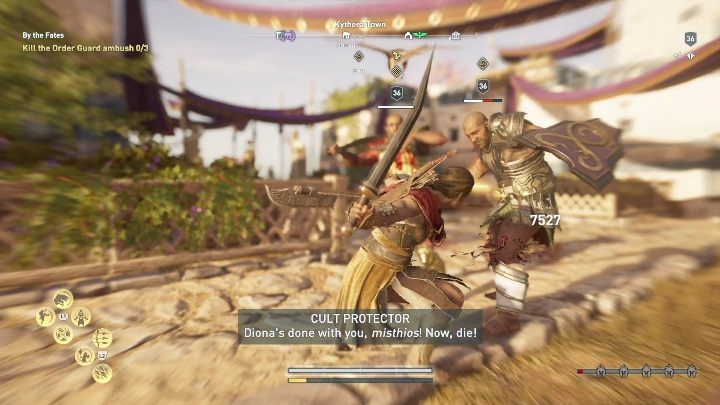 Description: You have to escort Priestess to a safe place. There, you have to speak with Diona and spend some time with her. After that you will be attacked by enemies. Defeat them all and then speak with Priestess. 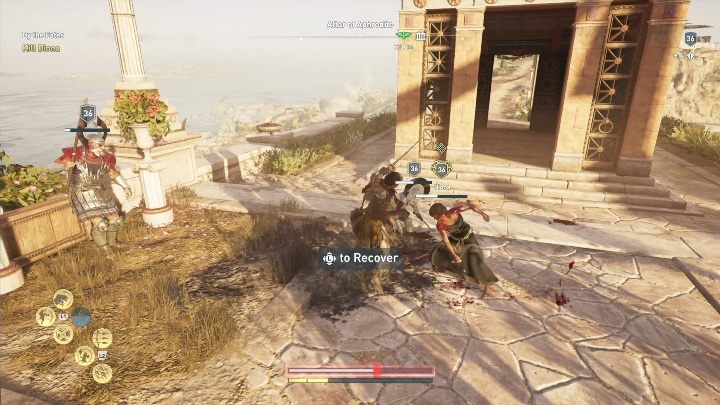 The next objective is to meet with Diona. It turns out that she is one of the Cultists of Kosmos. Kill all enemies. 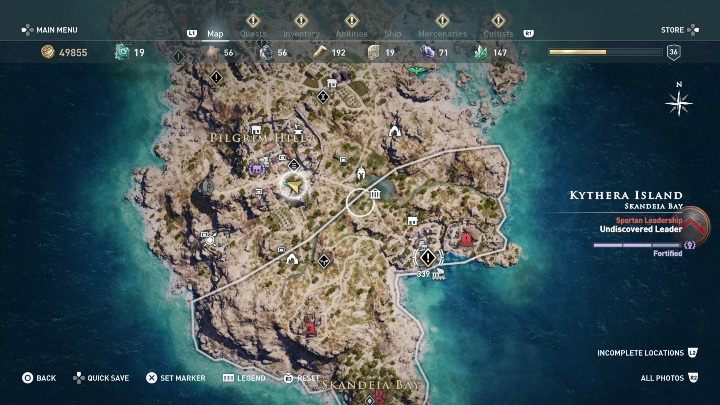 How to start: Speak with the woman. 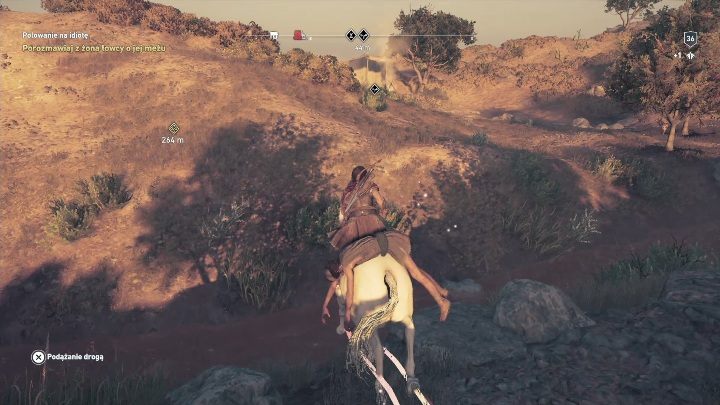 You don't have to bring the husband's corpse if he dies during the quest.

Description: The goal is to reach the cave and find the woman's husband. However, this quest can end in two ways. You can bring the man alive or tell the wife that her husband is dead. It all depends on how you act during this quest. The man can be attacked by hyenas if you place him on the ground. You can also kill him if you start swinging your weapon near the man. However, the ending of this mission has no effect on the game or on your reward. 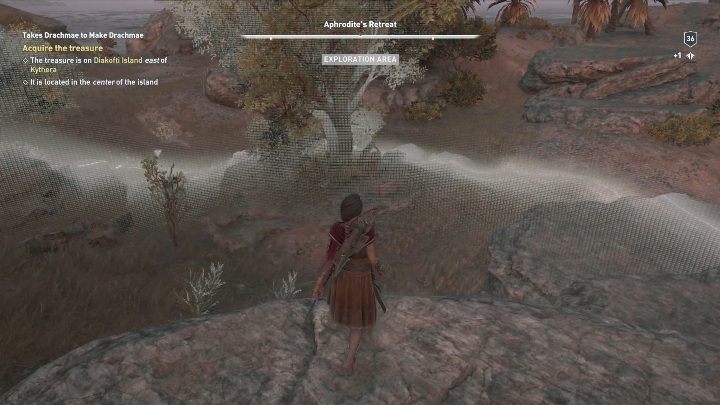 Description: Find the chest. It is located near one of the trees. However, the chest is empty. Go back to the quest giver and tell him about that.

A God Among Men, Left to Dye and Stairway to Olympos 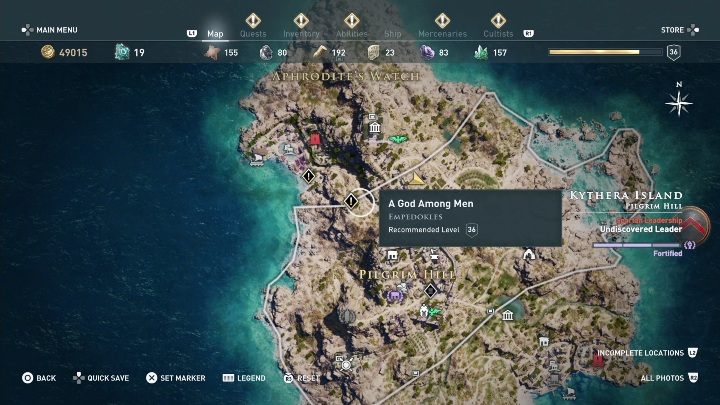 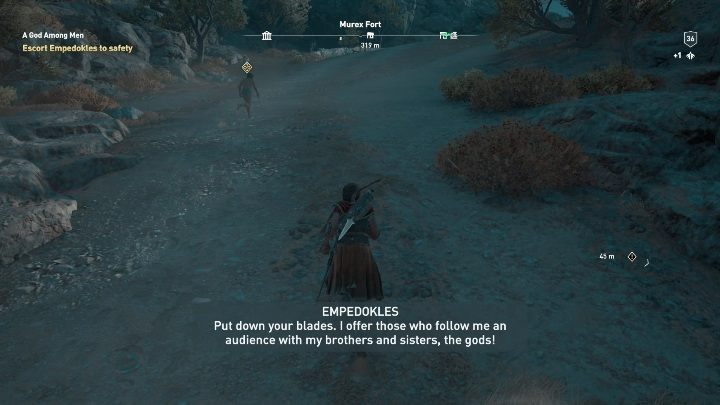 Description: Your first goal is to free the prisoner in Fort Murtex. After that you have to escort him to safety. 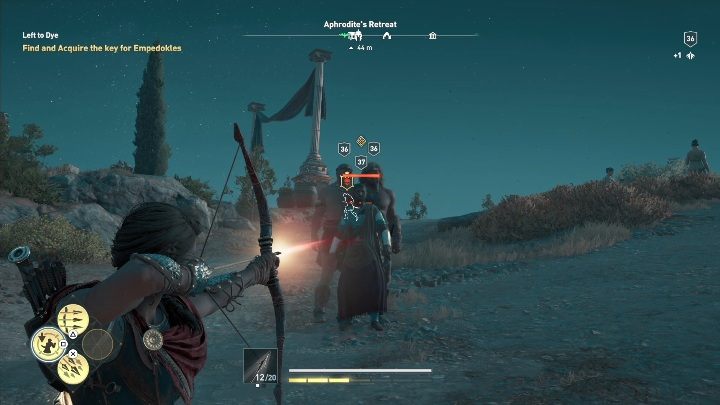 Your objective in Left to Dye is to get Empedokles' key. The item is carried by one of the two enemies. Simply kill them and loot their bodies. 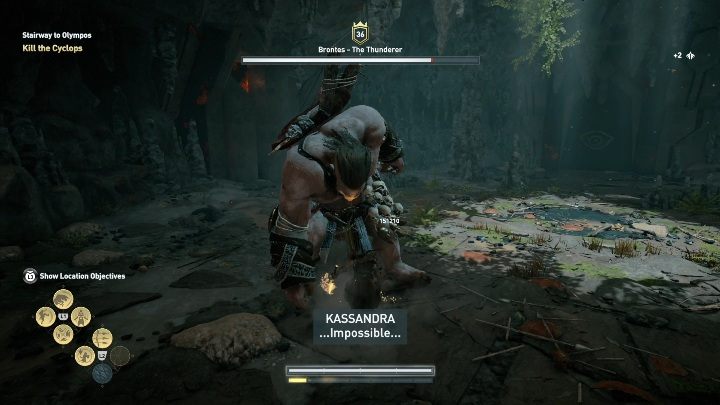 Stairway to Olympos may seem like the most difficult out of these three quests. You are going to face the Cyclops. However, the enemy is scaled to your level. Reach the Isle of Thisvi to face the monster. 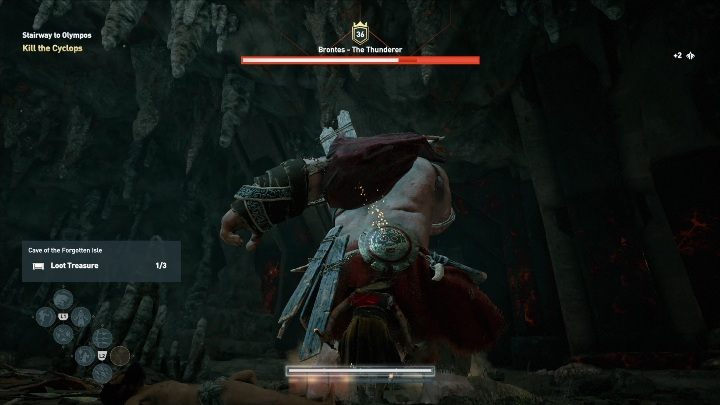 The Cyclops isn't difficult. Remember to attack his back. His dodges are rather slow - he makes a few steps forward. Attacking his back allows you to deal a lot of damage and avoid most of his attacks. 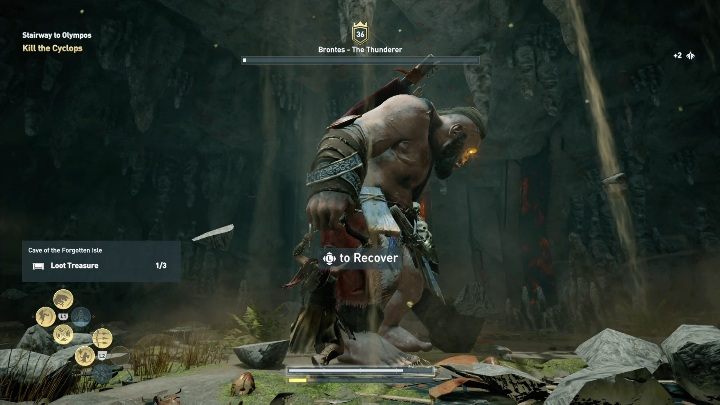 After depleting half of his health bar, the Cyclops rips out part of the wall. This allows the monster to deal area of effect damage. Move away from him and start using your bow. Aim at his eye to deal massive damage. However, this target is difficult to hit because the monster keeps guarding this spot. Instead, you should aim at his head or torso.

Kill the monster to complete this quest. Besides XP, you also receive a new weapon - Polyphemos Cyclops Bludgeon.