The following page of the Assassin's Creed Odyssey guide we have uploaded a map of the Malis region. This is one of the smaller locations available in the game. The map shows all the locations in the area that can be visited. These include vantage points, tombs, animal lairs, stone tablets and ainigmata ostraka.

Basic info about the Malis region 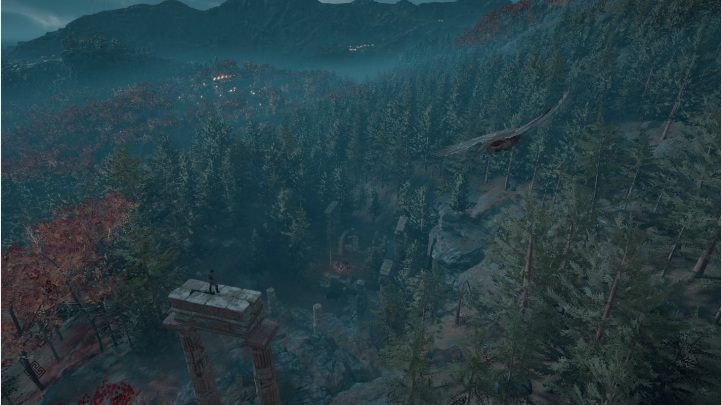 1. You will reach the Malis region by exploring the map after you leave the first in-game location. It borders on Phokis, Lokris and Makedonia.

2. The recommended hero experience level is 38. However, if you don't have this experience level, it doesn't cut off your access to it. You can explore this location at a lower level of experience as long as you avoid aggressive animals and enemy camps.

3. There is one town, called Lamia, and one fishing village to be found in this area.

4. There is no temples in this location. However, there are four animal lairs, two caves and several enemy camps.

5. In the Malis region you will find a leader - Danaos called The Oak. He is located in the Trachis Guardhouse.

There are no tombs in the Malis region.

There is one ainigmata ostraka in the Malis region.

1. Heart and Sole - you will find it in the House of Phyllidos.

There is 1 stone tablet to be found in the Malis region. It is located in the Temple of the Golden-Bowed Goddess.

There are no romances to be unlocked in this region.