On the following page of Assassin's Creed Odyssey game guide we have uploaded a map of Argolis. This is one of the smaller locations. It has a lot of side activities. The map shows all the locations in the area that can be visited. 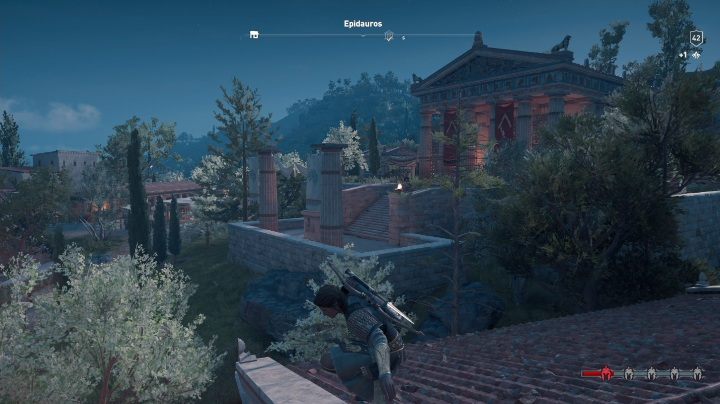 1. Argolis lies between Arkadia and Korinthia.

3. In this region you will find two cities. Both cities are well developed and you will find a lot of various activities and tasks in them.

There are three Ainigmata Ostraka in the Argolis region:

1. Two of Clubs - can be found in the Bronze Club of Periphetes.

In Argolis you will find four ancient tablets. They're located in the following locations: Mycenae, Palace of Hippomedon, Asine Ruins and Club of Herakles.

Sadly, there are no romances for you in this area.