On this page of our Assassin's Creed Odyssey game guide we have uploaded a map of Abantis Island. This is one of the largest islands available in the game. It consists of two smaller islands - Euboea and Skiros. The map shows the locations you can visit. There are many activities, including lookout points, enemy camps, tombs, animal lairs, villages and ports. 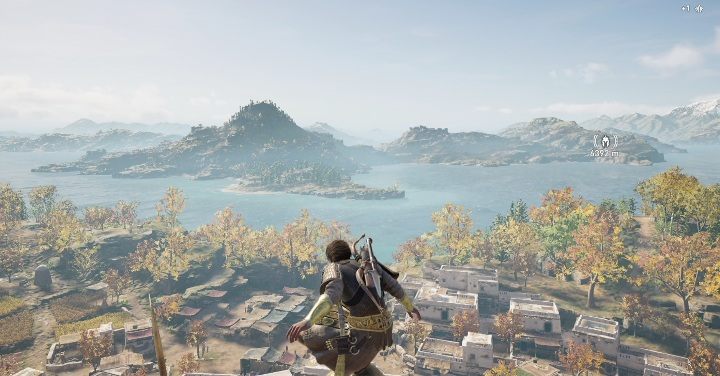 1. You can reach Abantis by sea. You can do this in the first hours of the game. All you need to do is unlock a ship to explore the waters of Assassin's Creed Odyssey.

2. The recommended level of hero experience for this region is 38. If you are not yet at such a high level of experience, stay away from aggressive wildlife and stronger opponents, who mainly reside in camps.

4. A large part of Abantis Island is occupied by enemy locations. In order to move freely through the terrain, you must weaken the forces and position of the enemy.

On Abantis Island there is only one tomb to find. It's the Artemision Tomb located north of the Northern Cave.

There are two Ainigmata Ostraka that can be found on Abantis Island:

1. Everything for Freedom - can be found in the Oreos Quarry.

2. Beneath Theseus's Dreams - can be found in the Pirate Hideout.

There are three ancient tablets on Abantis Island. Search for them: Seaside Altar, Apollo Temple and Altar of Poseidon.

There are no lovers here, so forget about having any romance.