On this page you will find a description of how to unlock the Wrath of the Amazons trophy in Assassin's Creed: Odyssey. This achievement is awarded for cutting in half another vessel with a female crew. 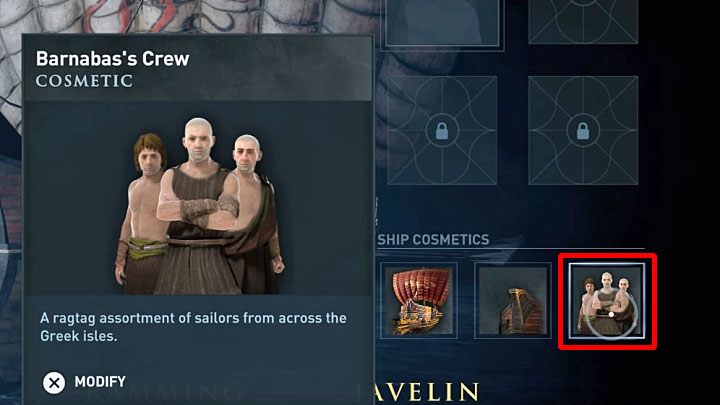 The most problematic assumption of this achievement is that the "active" Adrestia crew will be made up of women only. This requirement does not apply to the hero - you can easily get the trophy if you play as Alexios.

Changing the crew members on board of the ship has a cosmetic nature, i.e. it does not affect their statistics or their ability to attack other ships. Changing the appearance of crew members is done in the ship's menu in the Barnabas's Crew tab. 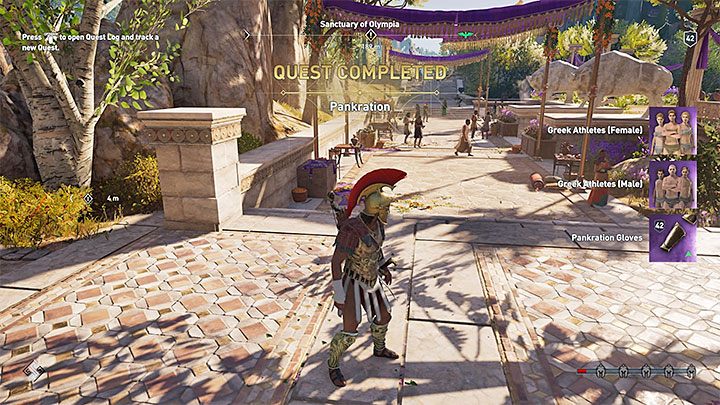 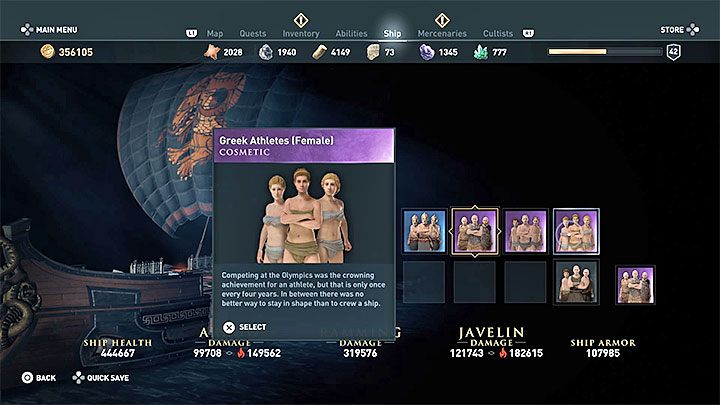 By default, you do not have a female crew. You can change this state of affairs in several ways. One of the methods is to buy a female crew in the Ubisoft shop.

In order to unlock the trophy, we recommend using the method of sufficient promotion in the main plot of the game. In the seventh chapter of the campaign proceed to the Olympic Games on the island of Elis. You have to play all the Olympic quests. The last "Olympic quest" is Pankration, which involves defeating the current champion of this discipline, Dorieus. Winning this fight is rewarded with Greek Athletes - Female. You can set them as active in the ship's menu (picture 2). 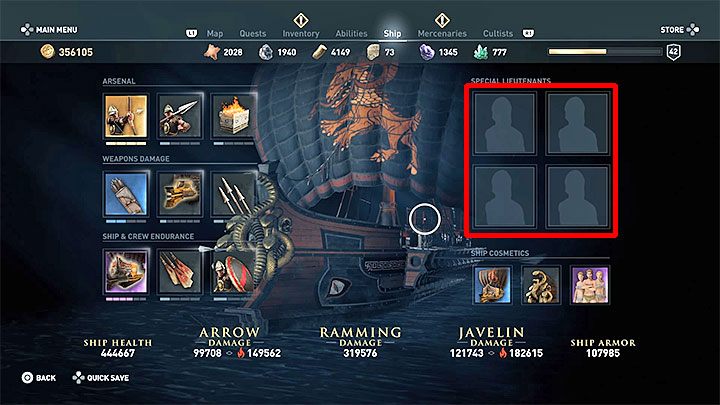 This is not all, because the game also takes into account the set-up of special lieutenants, which are placed in active slots in the main ship management menu. Sexual recognition can be problematic, because many of them use a headgear. This problem is best solved by removing all lieutenants from the active slots. Ultimately, there should be four empty slots in the ship's menu - this is shown in the picture above. 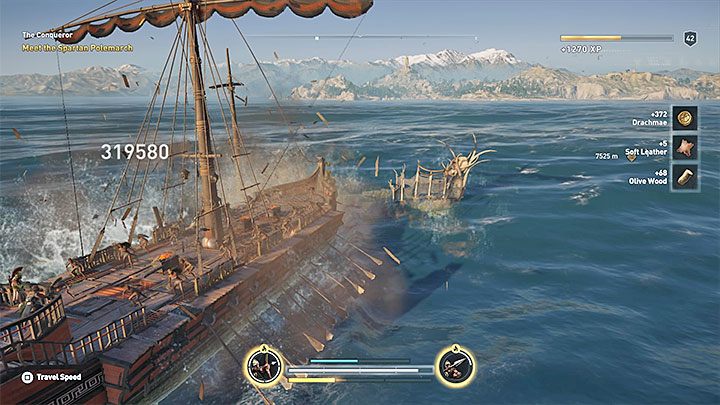 You can already go to the open waters and start hunting for other ships. The way of splitting an enemy ship is described in detail in the Ramming Speed trophy description page. As a reminder: