The following page of Assassin's Creed Odyssey game guide contains a description of the following main story quests: A Bloody Feast, The Battle of Pylos. 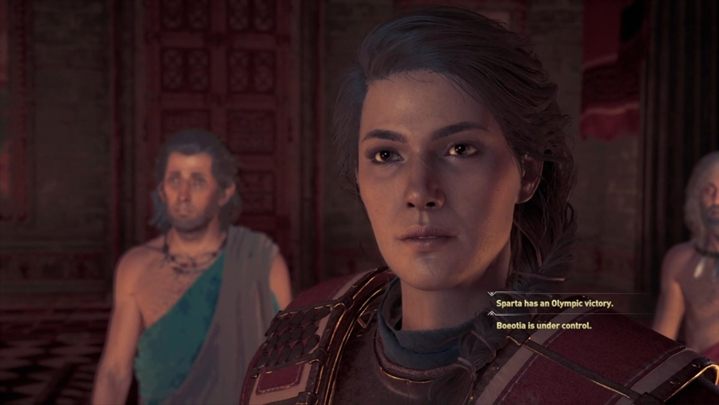 Return to Sparta and have a conversation with the kings. Say that you have won the Olympic victory and that Beotia has been taken over. 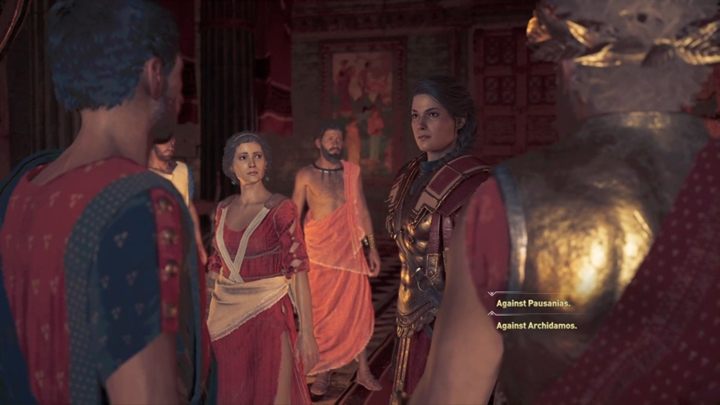 Then you can accuse one of the kings that he is a Cultist of Kosmos - Pausanias is guilty one. You may get a proof if you have convinced Lagos to leave the sect. The king will be banished, although it's not the end yet. 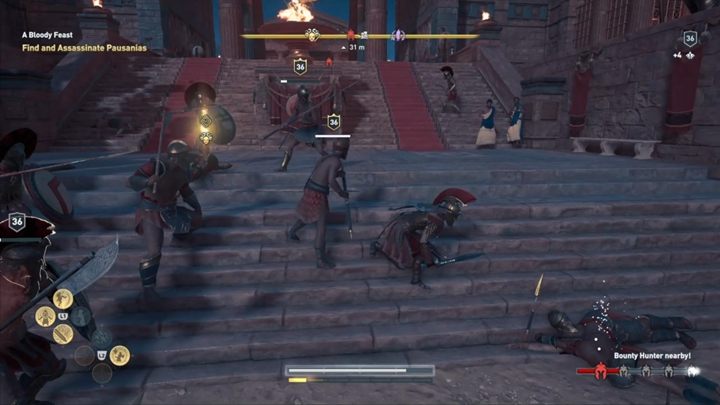 You have to find and kill Pausanias, which may not be so easy, as he can be guarded by a real army of soldiers. Try to eliminate him with a bow. 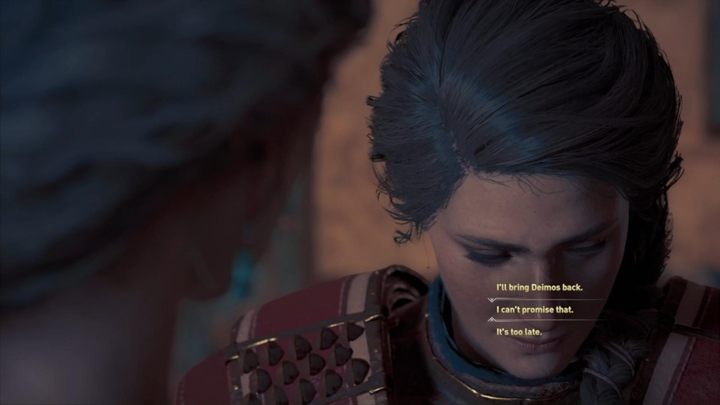 After the cultist is defeated, a cut-scene awaits you and a conversation with Myrrine. The woman will ask you to try to withdraw Deimos out of the Cult of Kosmos. Your answer matters, so think what you actually want to do and whether you are striving for family reconciliation. After all, the mission will end. Reward: +24875 XP.

The Battle of Pylos 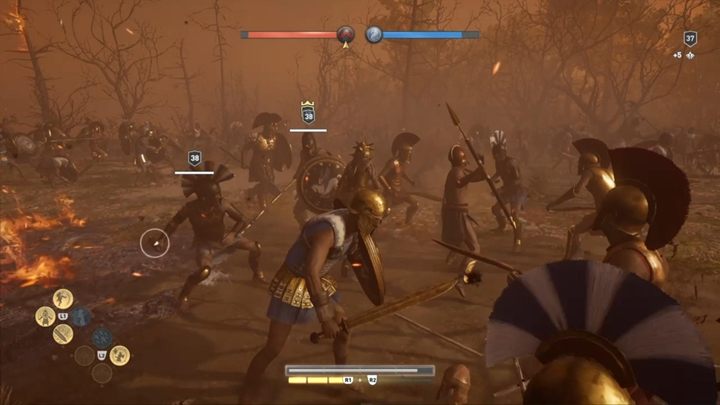 Get to the Messenia region and start storming the area. Initially, the course of action will be as usual - kill captains and attack minor soldiers. 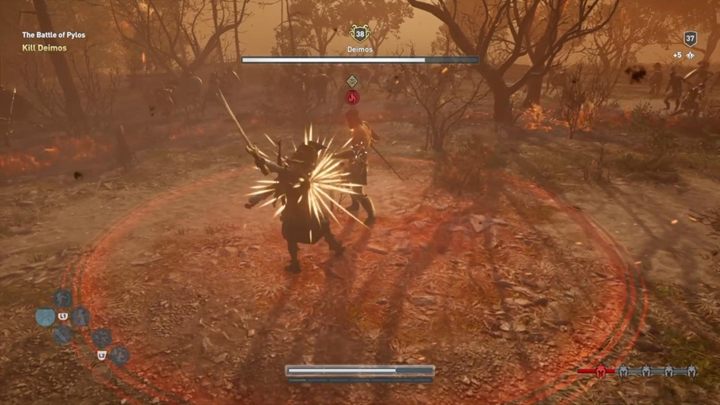 After a while, Deimos will appear and a fight awaits you. Your enemy is extremely powerful - he has area attacks, strong stunts and can ignite entire areas of the battlefield. Avoid all attacks because they are very painful. 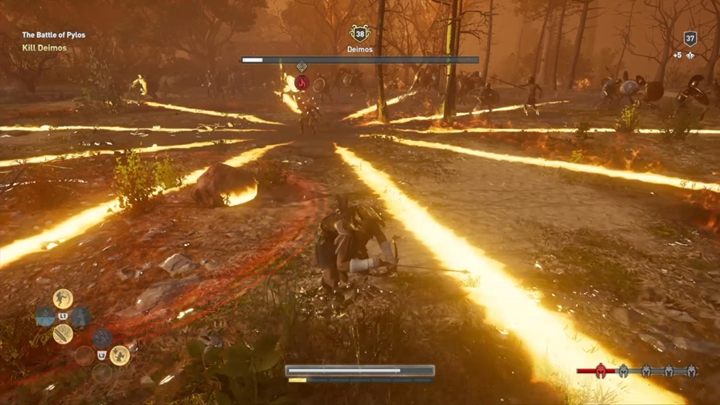 A particularly spectacular and harmful attack is the one that creates a line of fire on the ground. Be sure to avoid the attack and hit Deimos from a distance. We recommend using a devastating shot and stay away from the enemy. 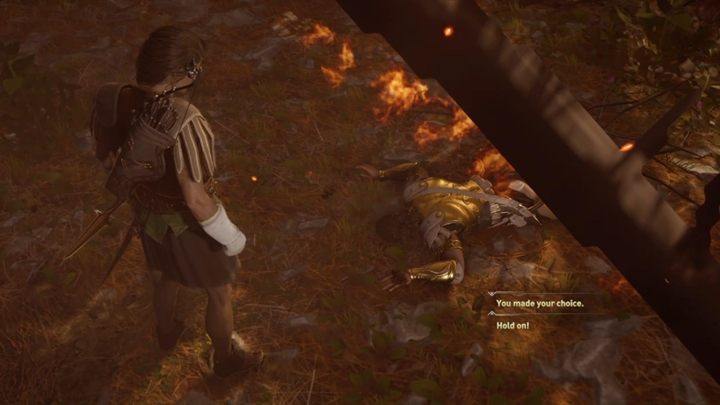 When you defeat him, a cutscene awaits you and Deimos will be crushed by a tree. At this point you can react accordingly - choosing the first option will increase the aversion and distance between you, and the second option will show that you have warm feelings to Deimos.

Unfortunately, fate will not be very kind to you. The quest and the whole chapter will come to an end.