This page in our guide for Assassin's Creed: Odyssey contains walkthroughs for the following quests: First Do No Harm, The Doctor Will See You Now, The Priests of Asklepios, Enough is Enough, Written in Stone, A Heart for a Head, Speak no Evil, Ashes to Ashes.

First Do No Harm 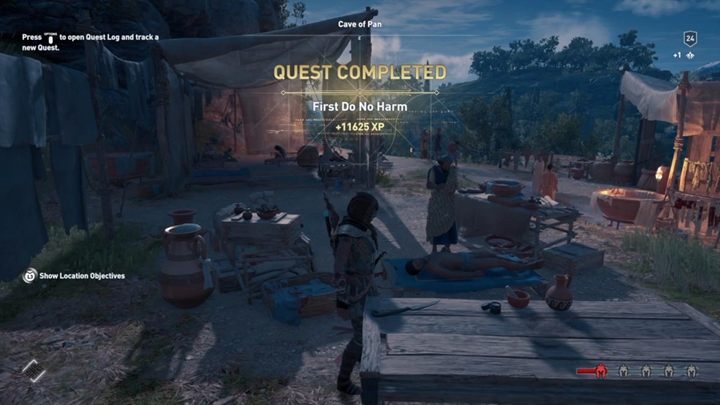 Look for Hippokrates - head to Argolis. You find Sostratos - speak with the man. He asks you to deliver the tools to Hippokrates. Rewards: 11,625 XP.

The Doctor Will See You Now 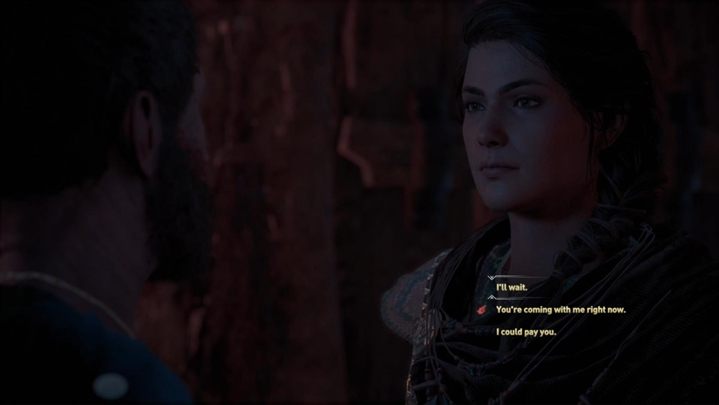 Go to the Tiryns Stronghold. You have to slip through to the doctor and talk to Dimas. A choice awaits you - you can wait for Dimas (Hippokrates ' patient will die) to take care of the sick, force him to go (Dymas' patient will die), or bribe a man, which will result in the best result - both patients will survive. After that, go to Hippokrates - talk with him and the quest will end. Reward: +9300 XP.

The Priests of Asklepios 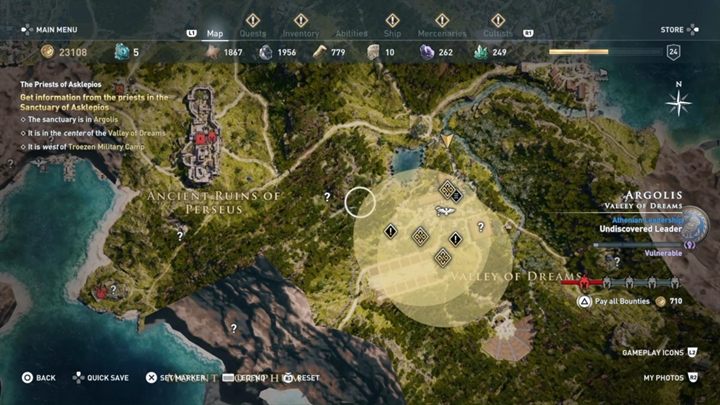 You have to go to the priests. Each priest will have a specific quest, we've described them below. 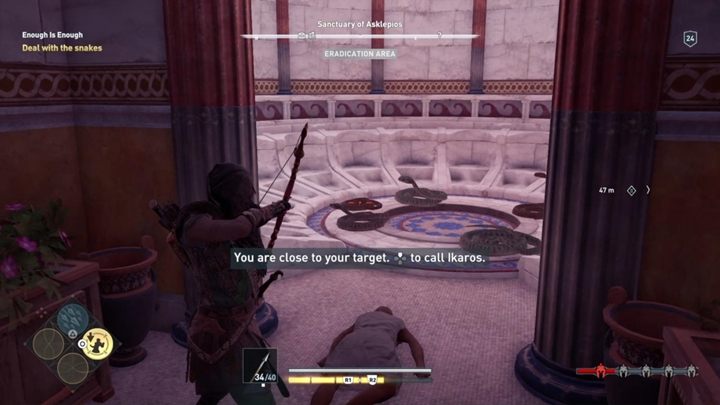 This task is simple - you have to go inside the temple and kill a few snakes. Then go back to the priest and you'll get +6975 XP. 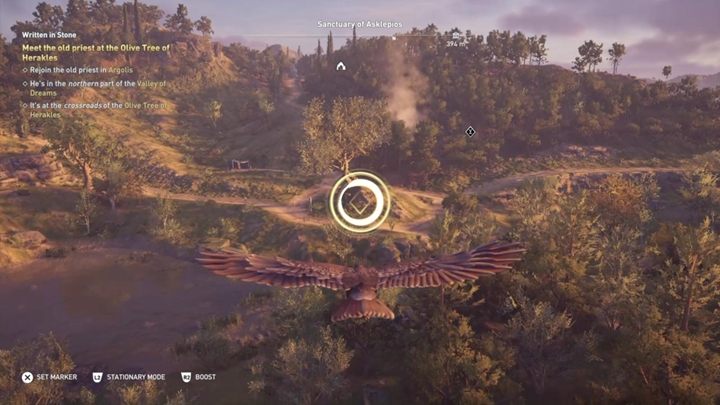 In this quest, you must follow the priest and listen to his stories. Finally, you will decide to meet by the olive tree, not far from the temple. On the spot you will find a man's corpse and fall a prey to an ambush. Defeat your opponents and you'll complete the quest. Reward: +9300 XP.

A Heart for a Head 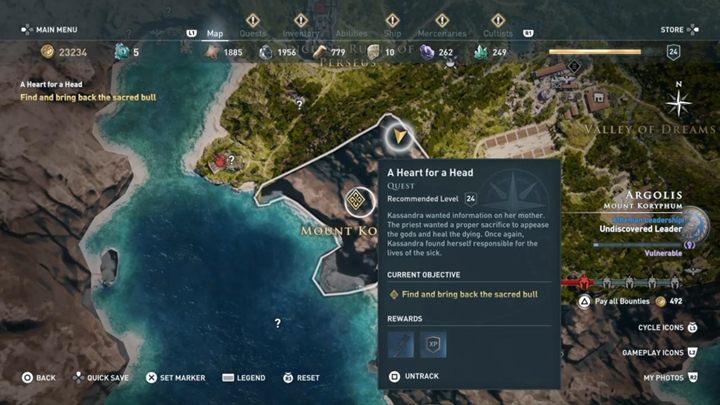 In this quest you have to find a sacred bull and bring it to a priest. On the spot you will only find the animal's carcass - come up to it and take out its heart. Come back to the man and tell him about everything. You can now choose who to pray to most - the farmer, a wealthy woman or a girl. The choice doesn't matter much - the quest will end and you'll gain +9300 XP. 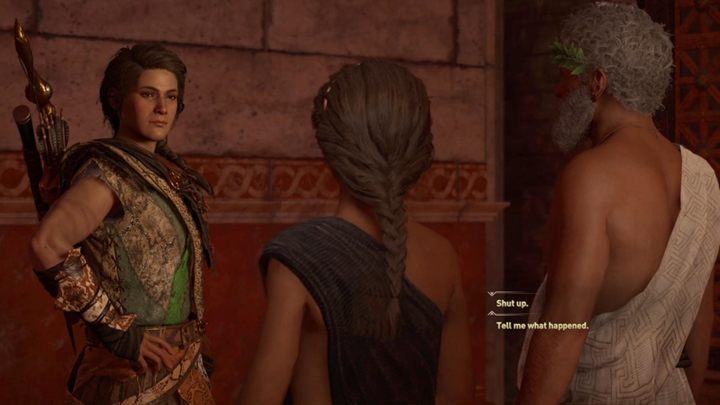 It's time to interrogate Mydon, a silent priest. Go to the place, sneak into his chambers and you'll see him romancing with enslaved woman. Talk with the couple and you'll learn more about the past of the main character's mother. After the conversation, the mission will end. You will receive +7500 XP. 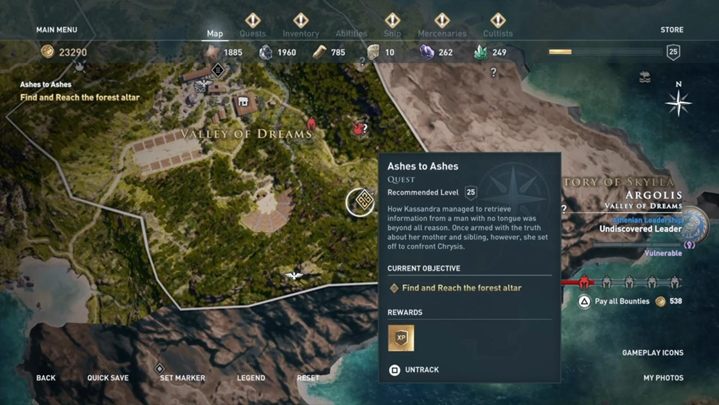 It's time to get Chrysis. First you have to find a lonely altar in the forest - then you will hear the screams of a child. Go in this direction and you will reach the temple. Kill the cultists in front of the building and go inside. You will meet Chrysis, who will perform a clever and cruel maneuver - a rather difficult and important choice in front of you. 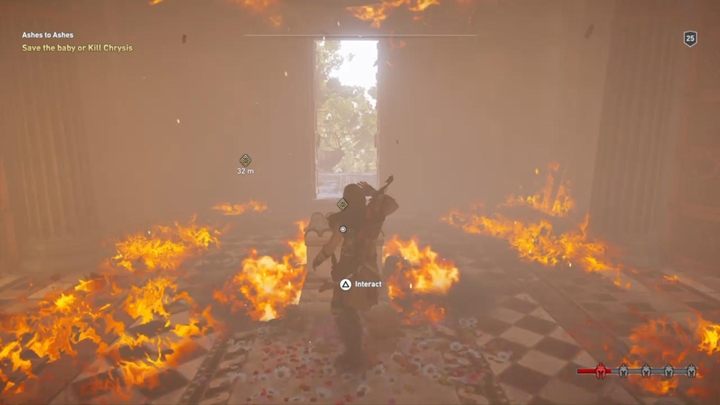