Ship Cosmetics are unique slots available in the menu where you can upgrade Adrestia, your ship in Assassin's Creed: Odyssey. In this chapter you can learn whether the cosmetics have any impact on your ship's stats or not. 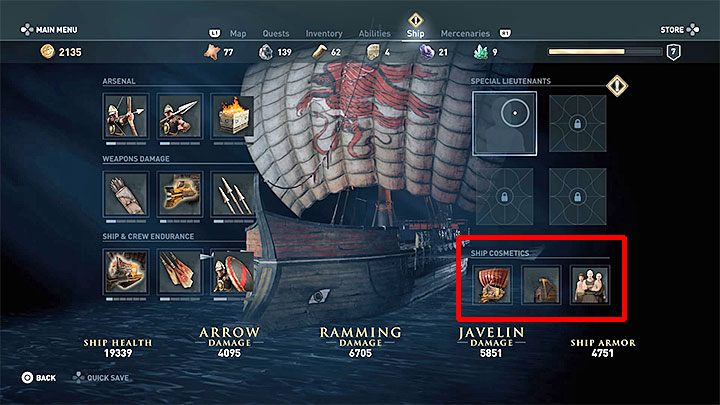 The Ship Cosmetics slots are in the bottom right corner of the screen. There, you can change sails, figureheads and your crew's appearance.

You start with no alternate elements. The majority of the cosmetics is unlocked by completing certain main and side quests. 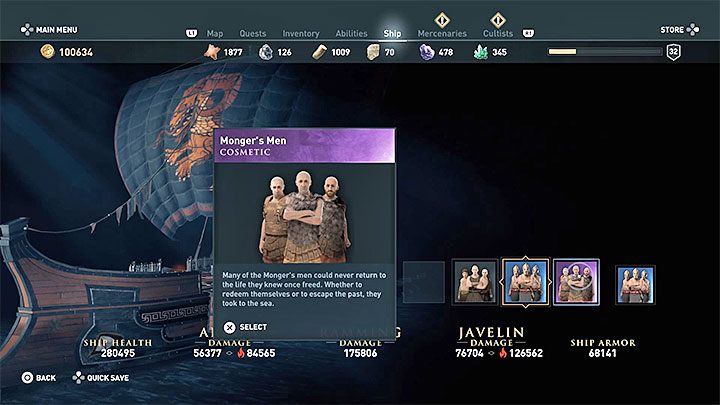 All changes done in the ship appearance slots are purely cosmetic - they don't affect Adrestia's stats. The same goes for the crew cosmetics. Selecting a different element (see the picture above) changes only the appearance. It doesn't affect their abilities.

Note - Female Crew is one of the available Ship Cosmetics. You can unlock it by, i.e. completing the series of quests related to the Olympic games (the seventh chapter). This element is an exception - activating it is mandatory for getting Wrath of the Amazons trophy/achievement. Check our trophy guide for more details.

Interesting fact - Switching to an all-female crew will also change the shanties. They are sung by women instead of men.