The following chapter of our guide to Assassin's Creed Odyssey will let you find and solve all the Ainigmata Ostraka riddles. Each Ostraka contains a riddle, which has to be solved. In this section, you will find solutions of the following riddles: Strange Disease, Hobby Horsing, Farming Coin and Sweet Tooth. 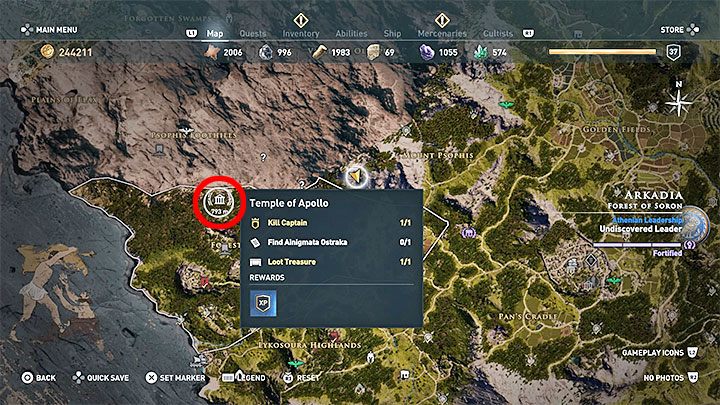 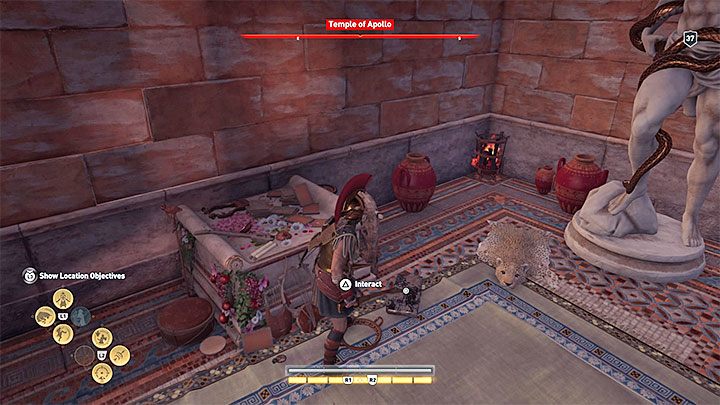 The location of the Enigmatic Ostraka: Visit the Temple of Apollo on the western edge of the region. The tablet lies on the ground inside the temple. 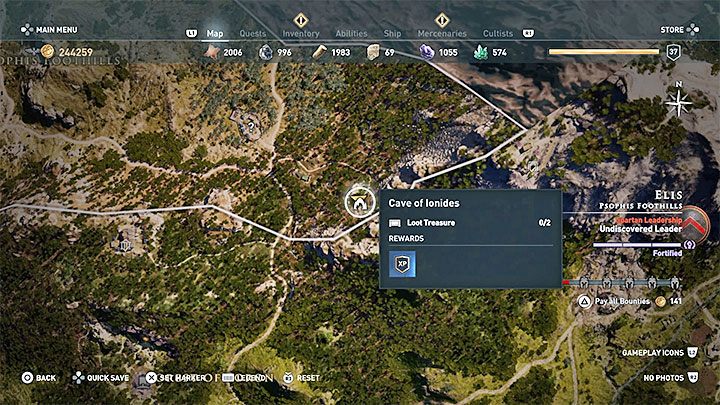 Solving the puzzle: Exit the temple. Go west along the border of the two regions. Reach the Cave of Ionides shown in the picture. 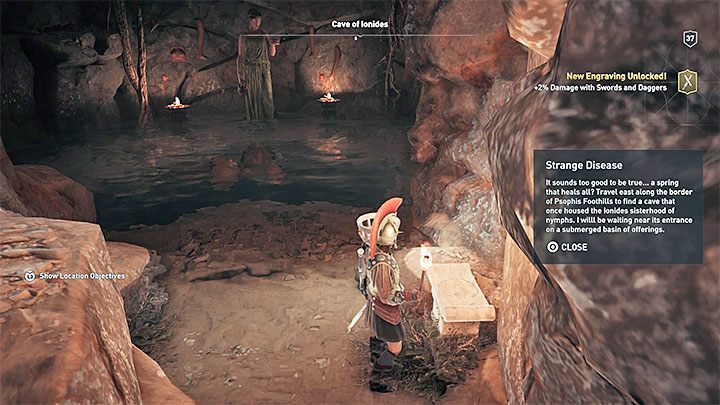 Enter the cave. The solution is possible soon after entering - refer to the picture. 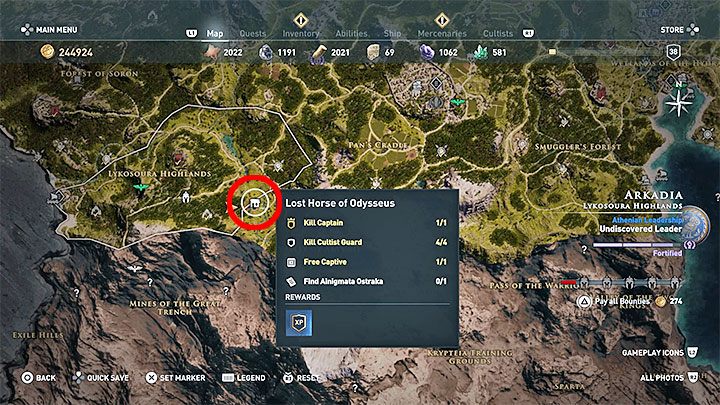 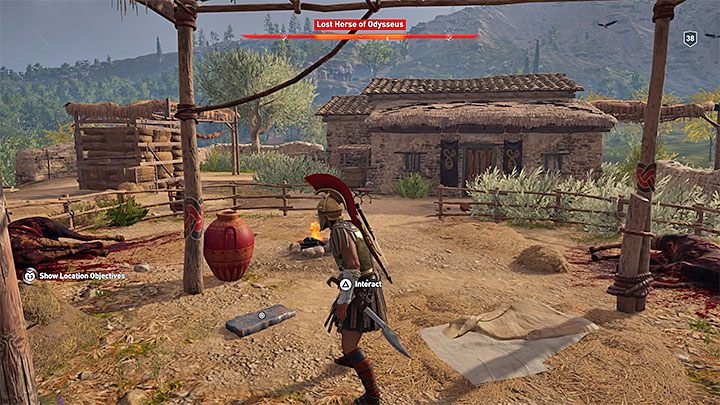 The location of the Enigmatic Ostraka: Go to the Lost Horse of Odysseus in the south-western region of Arcadia. The tablet lies on the ground next to the dead horse. 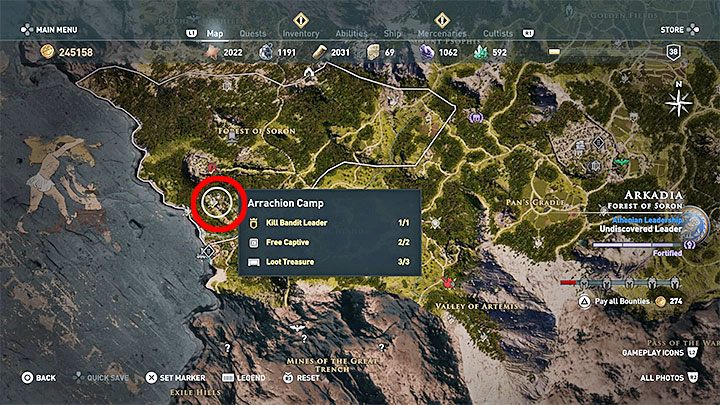 Solving the puzzle: You have to reach the abandoned horse race track. That's in the Arrachion Camp at the coast, west to the starting point. 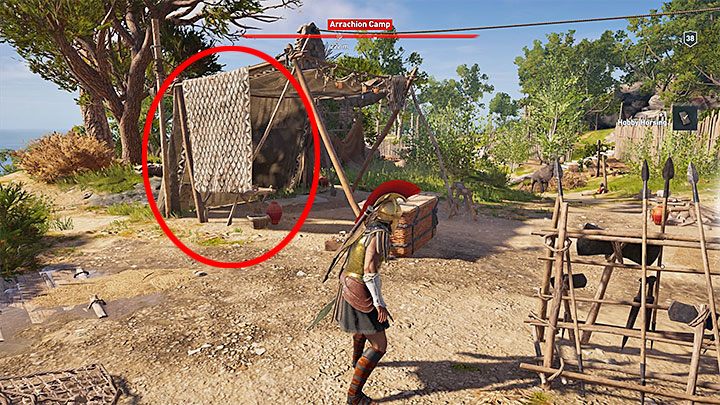 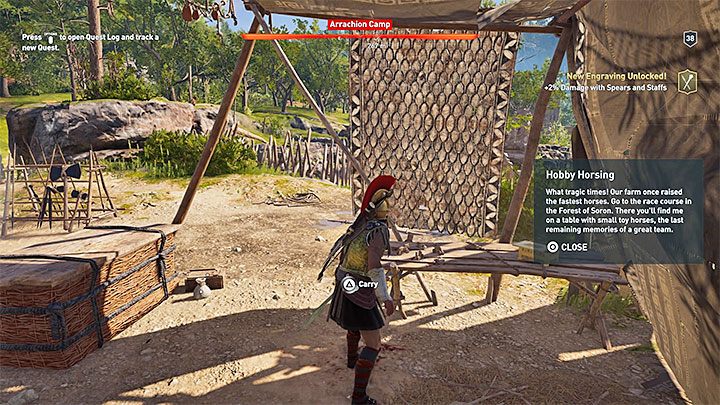 Enter the main area of the camp. There could be some bandits there - kill them or sneak around. Find the hut shown in the picture. The interactive place is behind the small horse statues. 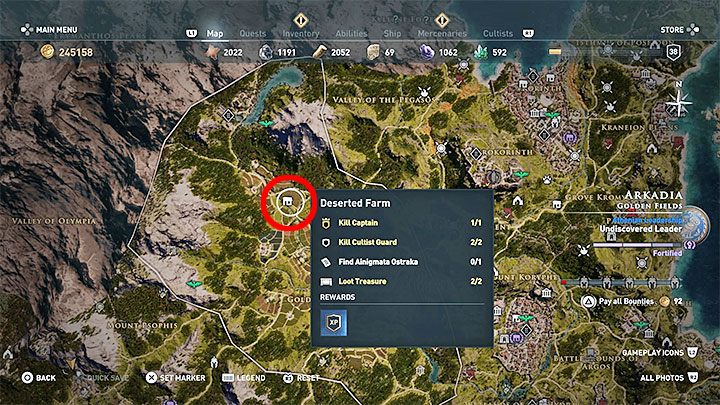 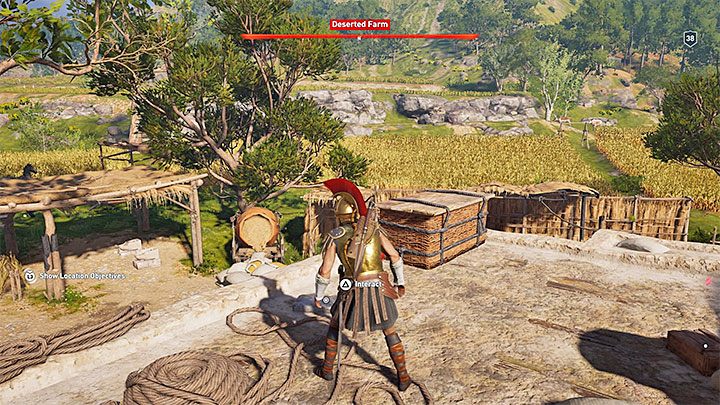 The location of the Enigmatic Ostraka: Visit the Deserted Farm in the northern part of Arcadia. The tablet is on the roof of the building. 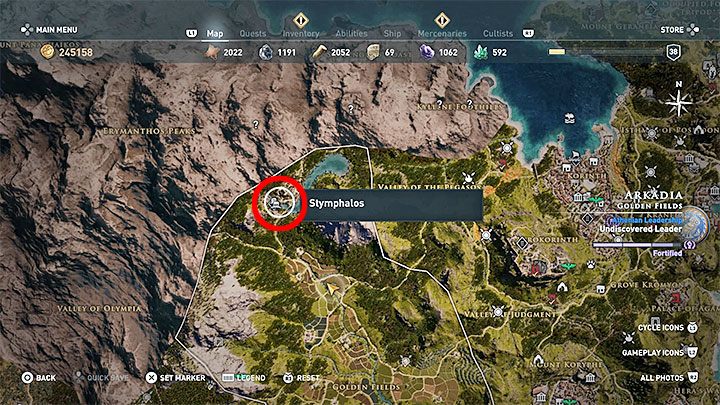 Solving the puzzle: Set out north passing by the viewpoint. The destination is the village of Stymphalos on the northern part of Arcadia. 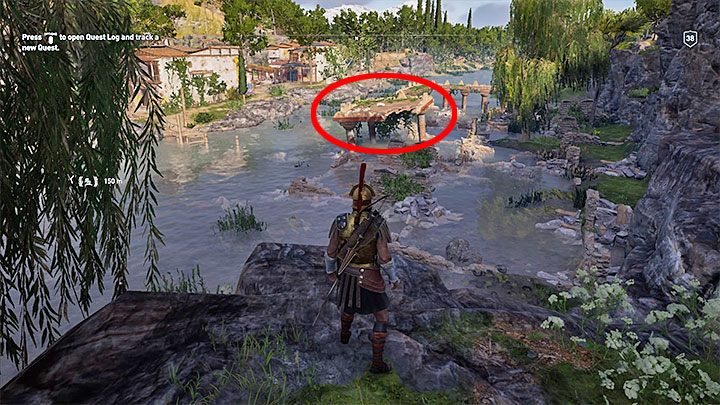 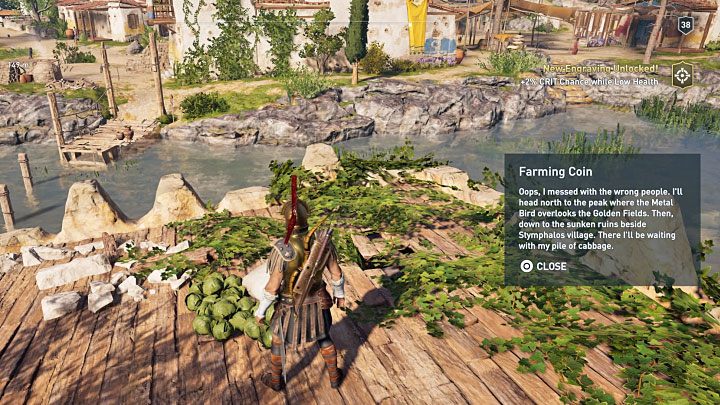 Near the village there are flooded ruins from picture 1. Climb atop the highest point of the ruins and examine the cabbages on the ground (picture 2). 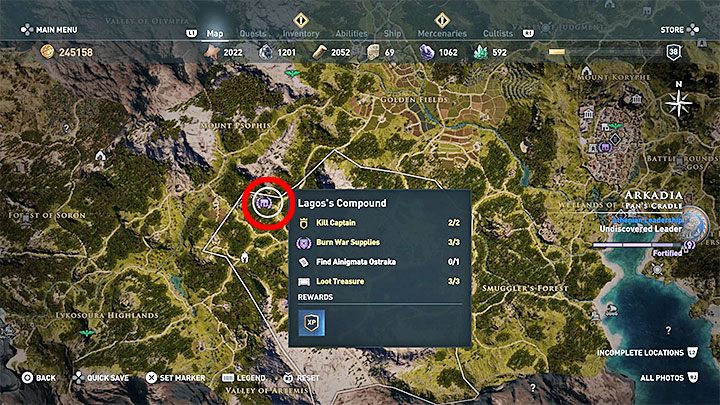 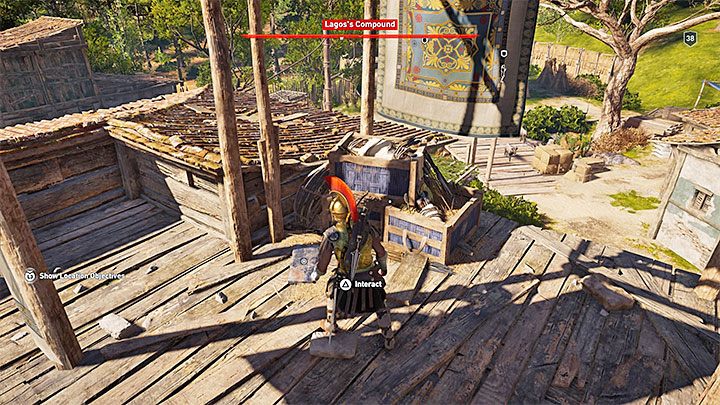 The location of the Enigmatic Ostraka: Lagos's Compound in the central part of Arcadia. Sneak by or fight your way to the rooftops. The tablet is on one of them. 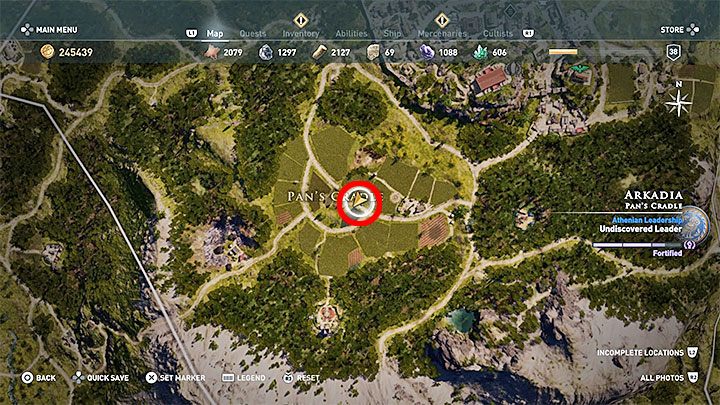 Solving the puzzle: Go west towards Pan's Cradle near the city of Tegea. Examine the area of the fields marked in the picture. 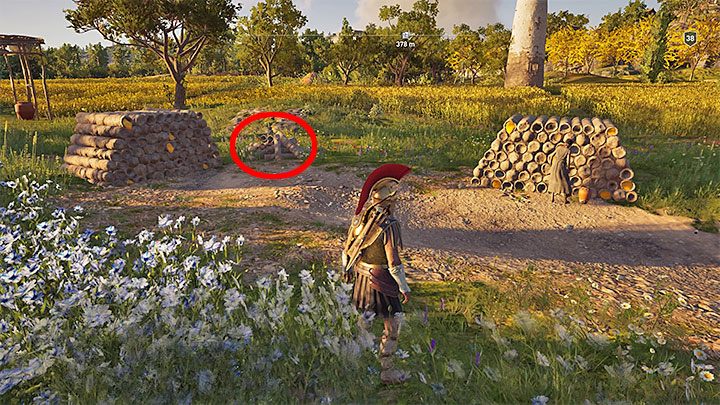 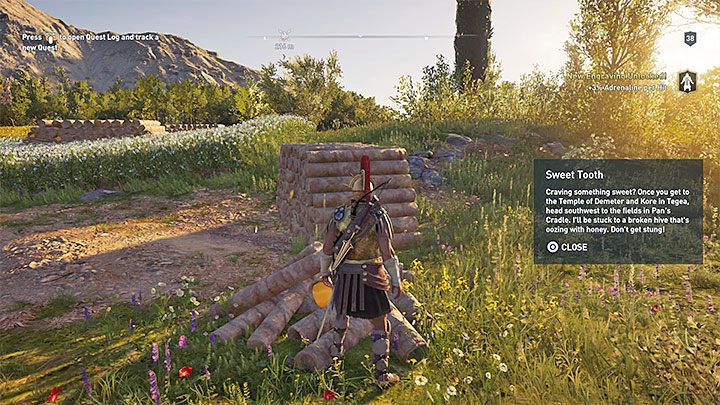 Find the beehives from picture 1. The interactive spot is next to one of them - the one that's partly destroyed (picture 2).