This page contains the map of Phokis region found in Assassin's Creed: Odyssey. This is the third in the row region that you visit during the main storyline. This region is also bigger than the two previous ones. Locations that can be visited are marked on the map. Among them you can find vantage points, tombs, ancient tablets and ainigmata ostraka. 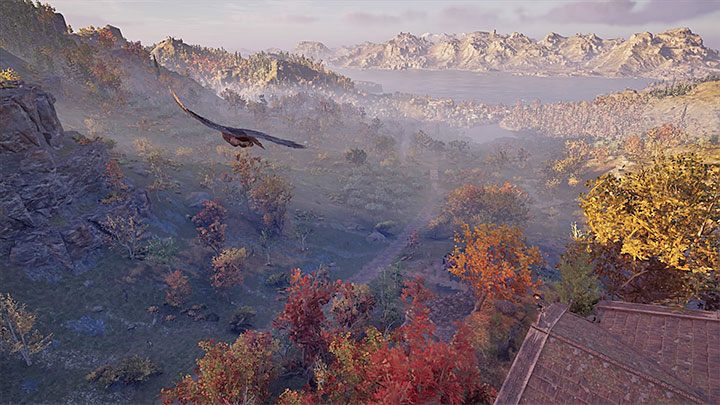 Phokis region features 1 tomb. Tomb of the First Pythia is located west from the Temple of Apollo.

There are 2 ainigmata ostraka in Phokis region. They can be found in:

All Ainigmata ostraka collectibles are described on the seperate page of our ostraka guide.

In Phokis there are 4 locations with ancient tablets - ruins located in various parts of the region.

There are 3 romance opportunities in Phokis.

The first love interest is Auxesia - you can find her near the Temple of Apollo. She gives you a rather short side quest.

The second romance option is Lykaon, a doctor. He is related to a few side quests. You have to complete them. At the end of the last quest you have to act in the right way towards the former Oracle - don't kill her.

Daphnae is the third romance option. She is one of the Daughters of Artemis - the woman gives you quests during which you have to hunt legendary animals. Deliver their trophies to unlock the option to start a romance with Daphnae.