This page contains the map of Megaris region found in Assassin's Creed: Odyssey. You visit this area within the first few hours, shortly after you leave Kephallonia, the game's starting location. Locations that can be visited are marked on the map. Among them you can find vantage points, tombs, ancient tablets and ainigmata ostraka. 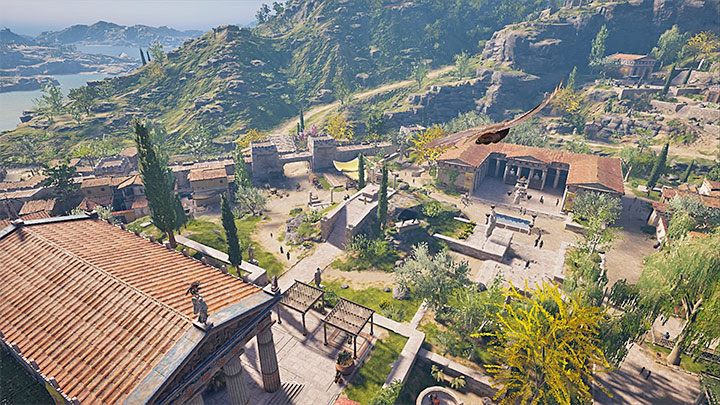 Megaris region features 1 tomb. Tomb of Alkathous is located on Megara's outskirts, near the temple.

There are 2 ainigmata ostraka in Megaris region. They can be found in:

In Megaris, you can find 2 locations with ancient tablets:

You can't start any new romances on Megaris. However, you can continue your romance with Odessa which was started on Kephallonia Islands.