This chapter will uncover the greatest secret in Assassin's Creed: Odyssey. Before you, lies the true identity of the Ghost of Kosmos. Below, you can find a major spoiler, so if you want to keep the thing a surprise, stop reading right now.

The true identity of the Ghost of Kosmos 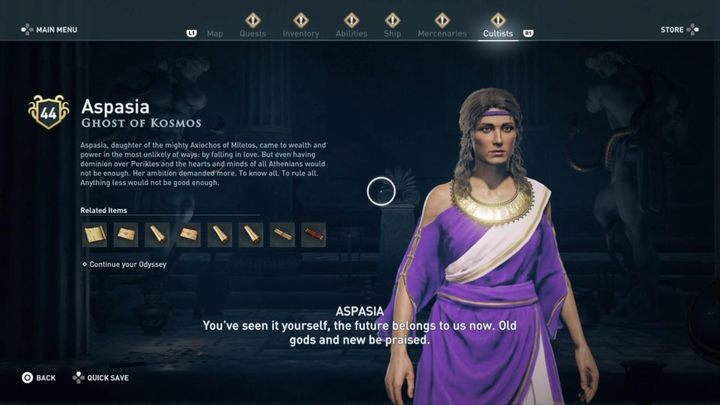 The leader is... Aspasia. She is responsible for all the torment your family went through in the past. Aspasia cleverly navigated the intrigues in order to stay as far from any shade of suspicion as possible. Once you learn the truth, you can go and meet her. 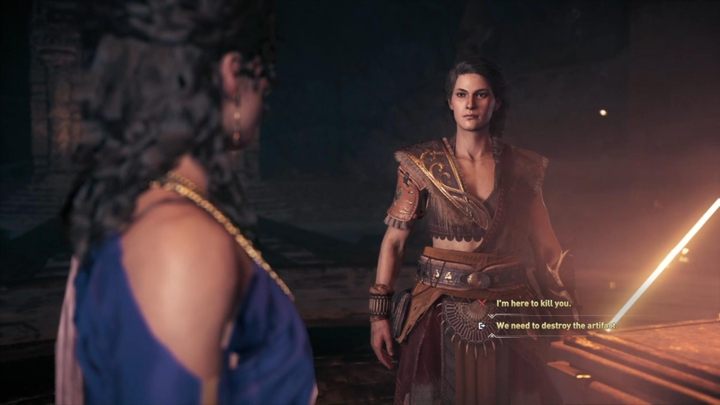 Go to the Cultists' hideout. You're in for a captivating cut-scene, which will make a few interesting links to the previous installments in the series. You will, of course, also meet Aspasia. She will try to explain her conduct to you. After the conversation, you will have to make a choice. You can kill her, or let her go. Should you chose to kill her, you will have to fight, but it will be the easiest fight ever.

Regardless, you will have to destroy the artifact and hence conclude the Kosmos Cultists' storyline.